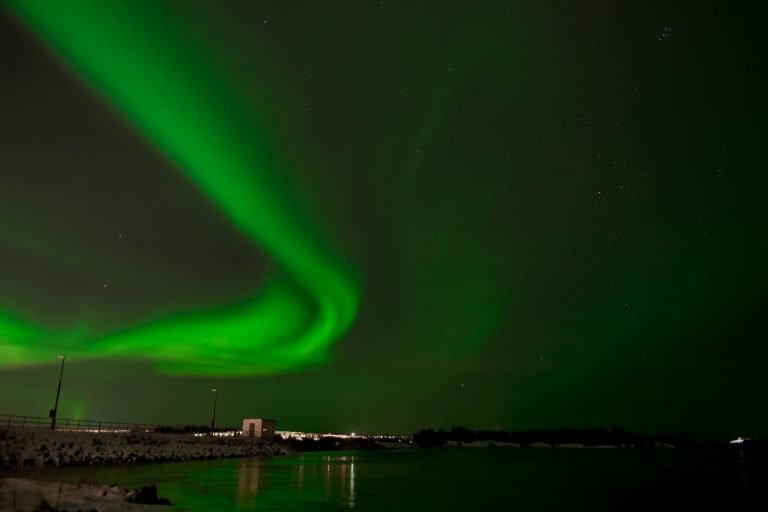 2022 Checklist for Iceland – Have You Tried All of Them?

A lot happened in Iceland during 2022 – the lift of Covid-19 restrictions, the return of tourists, a new volcano, the return of Airwaves, and more! How many of these did you check off your Iceland to-do-list in 2022.

Experience the fireworks that ring in the new year! Although it technically begins the night before on December 31, the celebration continues through the early morning hours of January 1. The fireworks may die down for a few days, but they return in full on January 6 for Þrettándinn – the last day of Christmas. It‘s the day to unload the last of your fireworks and take down your Christmas decorations.

Get yourself or your loved one a delicious cream-filled bun on Bolludagur! This tradition is a strange one, which entails parents being whipped with a wooden spoon by their own children. It is wrapped up in older traditions that basically mean stuffing your mouth with goodies in the lead-up to Lent. Regardless of where it came from, it‘s a great excuse to try some fatty treats.

Go skiing at the Bláfjöll ski resort! Only a 25-minute drive from the city centre, Bláfjöll is one of the biggest and most popular skiing spots in Iceland and definitely the closest to the city. Later on in the year, they announced upgrades and more ski lifts to be built to make this family fun experience even better!

Eat a chocolate Easter egg and wash it down with an Easter beer! While few Icelanders attend religious Easter services, the majority take advantage of the delicious products that accompany the holiday. Huge chocolate Easter eggs line the shelves in the supermarkets. Even better, the local breweries – the small craft companies and even the big boys – release tasty Easter beers, or Páskabjór, for a limited time. Get them while they‘re cold!

Take a whale-watching and/or puffin tour! The weather improves in May, and the puffins return to the island. It‘s the perfect time to get out on a boat and see some of the best nautical friends Iceland has. Puffins can be seen in different parts of Iceland – including in the Faxaflói Bay in Reykjavík! This bay is also a great spot to see several species of whales. You can also find similar tours all around Iceland, including in Akureyri, Húsavík and Stykkishólmur.

Become a real-life Viking in Hafnarfjörður‘s Viking Festival! Every June, Icelanders put on their chainmail and helmets – which did NOT have horns! – and set up camp in Hafnarfjörður for a few days of reenactment fighting, a Viking-Age market, music, games and more! It is a great escape for the whole family, whether you just like to cosplay or you‘re honouring Iceland‘s past.

Book a tour to see Iceland‘s beauty! During July, we have daylight for nearly 24 hours, so why not take advantage of the light and see as much of Iceland as you can? Whether you‘re driving yourself or booking tours from Reykjavík, there is so much to do or see! See the waterfalls and glaciers along the south coast. Experience the bizarre lava fields and land formations around Lake Mývatn in North Iceland. Get a glimpse of everything Iceland has to offer along the Snæfellsnes peninsula. Or just get out for the day to see the Golden Circle!

See the volcano! Although the eruption in Meradalir lasted only about three weeks, thousands of tourists and Icelanders alike rushed out to make the hike to the site of the volcano. Things may have died down, but you can still get to Reykjanes to see the freshest and youngest lava field in Iceland. Plus, Reykjanes experienced two volcanic eruptions in two years – who knows what next year holds?!

Book a northern lights tour! In September, our days start getting shorter and the nights get longer and darker, which means we can once again spot those elusive northern lights. September is a really good time to try and see the aurora, as the weather changes later in the year and the constant cloud cover can make seeing them difficult. Plus, it‘s not so cold yet in September!

Catch a film at the Reykjavík International Film Festival! More specifically, scare yourself witless by watching the 2005 horror classic The Descent inside an actual lava cave! The film festival is one of the highlights in the Reykjavík calendar, bringing all sorts of films, filmmakers, artists and fans to the city. This year, along with the cave shows, the festival showed The Truman Show (1998) in the Sundhöll swimming pool!

Discover a new artist at Iceland Airwaves Music Festival! After a two-year absence, Airwaves returned in 2022 and it did not disappoint. Artists from all over the world performed over five days in different parts of Reykjavík. Add in fascinating talks about the music industry and sustainability, and this year‘s Airwaves was truly special. Which can only mean that next year it will be even bigger and better!

Visit a Christmas market! Icelanders love Christmas. Downtown Reykjavík lights up with festive decorations and Christmas lights. Several Christmas markets pop up downtown, in Hafnarfjörður and even in the forest of Heiðmörk! Christmas markets can be found around Iceland. Artisan foods, crafts, hot chocolate, and more can be found. If you are looking for a unique Christmas gift for a loved one – or even for yourself – make sure to stop by one of these wonderful markets. 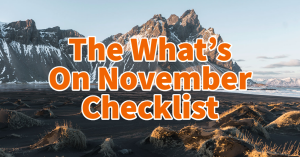 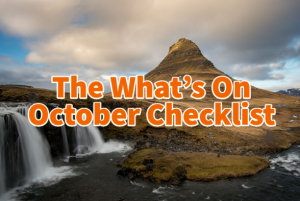 The What’s On October Checklist 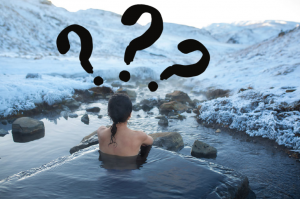