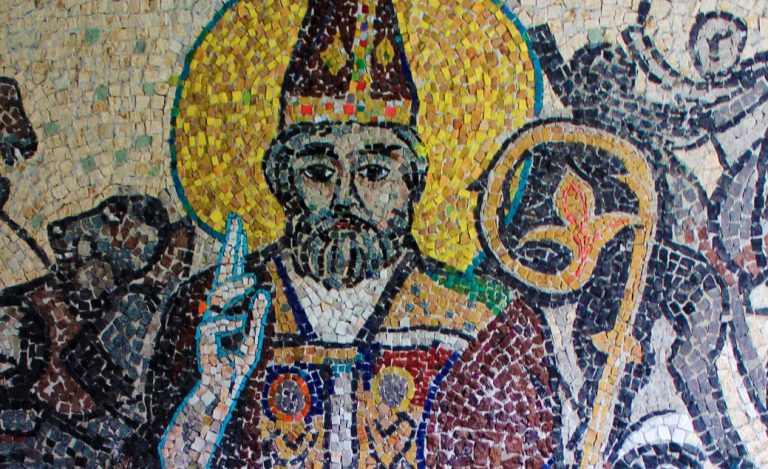 From the legends of the Viking age to the most peaceful fight for independence the world has ever seen, Iceland’s history is a peculiar one. There are no kings or queens to speak of, but there are still plenty of interesting characters to capture your attention. A lot is actually known about the details of the lives of these characters, mostly thanks to icelanders’ penchant for writing things down through the ages, but their personalities have long been mixed in with their legends, so much so that today, they’re inseperable. 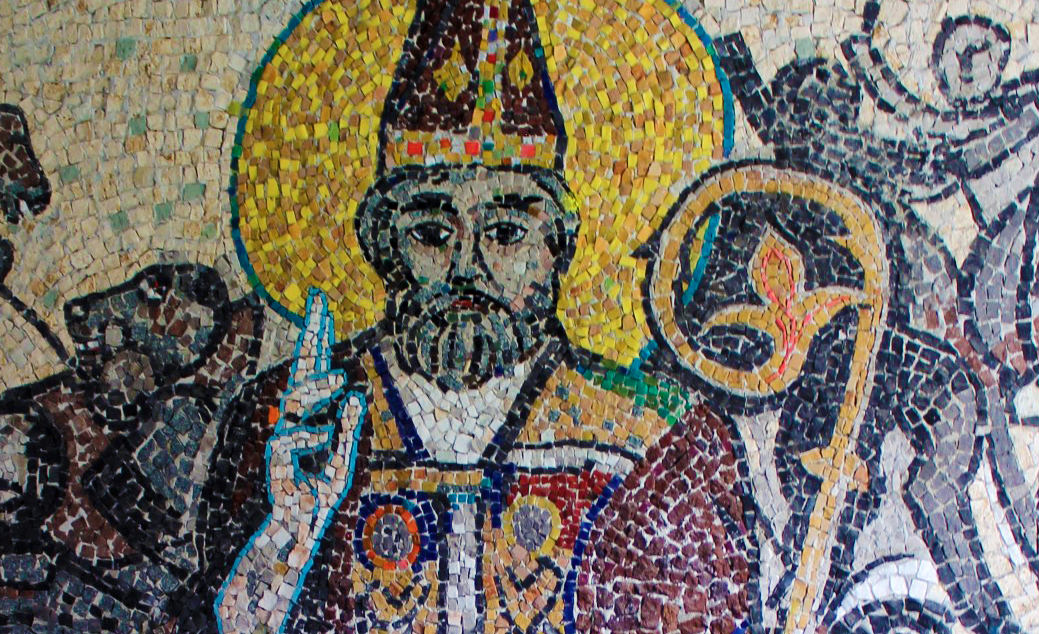 Jón Arason was the last Catholic bishop of Iceland before the reformation. If you’re thinking of a pious man, spending his days in seclusion, praying for the wellbeing of the Icelandic nation, think again. Jón was a powerful and rich man, even gathering teams of men for his very own army, and had six children with his very public mistress (although that was not uncommon with priests in those days).

Rising from poverty to become one of the most powerful men in Iceland, he fought hard to preserve Catholicism in Iceland (literally, when money didn’t work, he tried to use force) but was finally arrested and beheaded, along with his sons. After his execution, the country turned protestant. 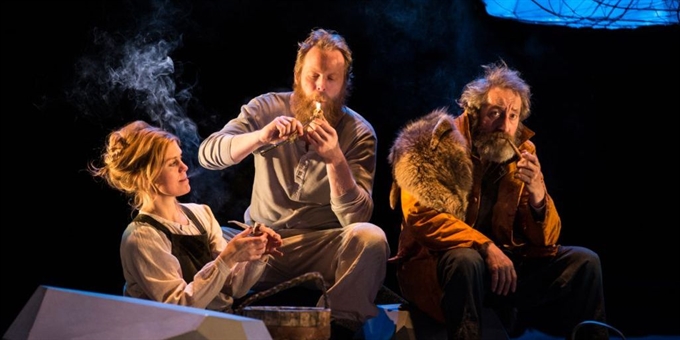 Eyvindur, Halla, and a friend in a recent staging of a play based on their lives.

Eyvindur and Halla – The Outlaws

In a time when Iceland was even more sparsely populated than it is now, life more difficult and punishments for petty crime harsher, it was possible to escape the long arm of the law by severing all ties with society and becoming an outlaw. This was no easy solution, however, life as an outlaw forced people to move around constantly to avoid capture, face the harsh Icelandic winters without permanent shelter, living off whatever they could hunt or steal. The outlaws were popular figures in folk tales but the most famous of them all is FjallaEyvindur (Eyvindur of the mountains) who lived in exile for most of his adult life, with his wife Halla.

While outlaws were feared and hated, Eyvindur has long fascinated Icelanders and become a legendary figure. While the details of his crimes and life are gritty, legends and tales have cast him as a romantically tragic figure, cast out of human society for insignificant crime and forced to waste his ingenuity on surviving in the Icelandic mountains. While he is described as charming, wise and skilled, his wife Halla, got the short end of the folk tale stick, described as a nasty woman and usually, the source of all of Eyvindur’s problems. A famous play about them has her leaving her newborn children to die in the harsh conditions of Iceland.

Despite the legends, Eyvindur and Halla did, in fact, exist and remnants of their shelters can be found. It is said that Eyvindur was the first Icelander to heat his home with geothermal heat because he used to build their shelters over the hot springs in Iceland’s wilderness. From the opera Ragnheiður.

Ragnheiður Brynjólfsdóttir – The Bishop’s Daughter Who Fell From Grace

Ragnheiður was a bishop’s daughter in the 17th century. Her father was one of the richest men of his time and one of the more prominent figures in Iceland’s history. If you don’t believe me, go pick up a 1000 krónur bill, he’s on it!

Despite growing up as a member of one of the richest families in Iceland, beloved by her father, Ragnheiður’s life was not a happy one. There were loud rumours that she was having an affair with her teacher, and in an attempt to silence the rumours, her venerable father forced her to swear a public oath that she had not had sexual relations with that man. The oath, degrading as it was, could have been the end of matters if not for the fact that just about 9 months after that very oath, Ragnheiður had a baby. Icelanders have spent the centuries since wondering if Ragnheiður lied under oath or if her indignity spurred her to commit the crime she was accused of. Many of our greatest artists have made their own interpretation of events, the most recent version being the 2014 opera Ragnheiður which ran for a full house every night.

Becuase of Ragnheiður’s standing in society, these events were extremely scandalous. Her baby was taken from her and she died a year later from a plague. Her father, Brynjólfur’s story also had an ending fit for a greek tragedy. He lost both his children (Ragnheiður’s brother died a couple of years later) so he took his infamous grandson under his wing, raising him as his heir, only to lose him as well at the age of eleven. 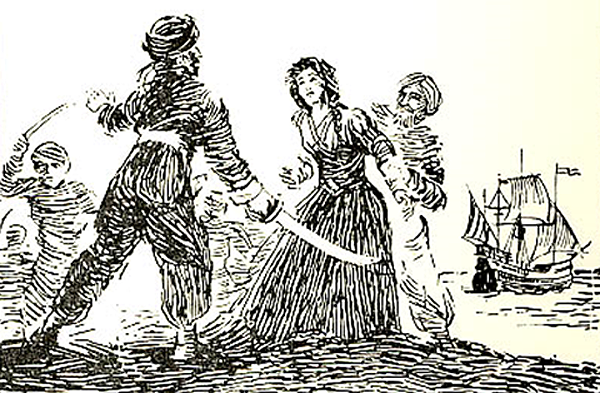 In the 17th century, Icelandic villages were attacked in a very similar fashion to the Viking attacks of yore. As you might imagine, this interesting historical quirk was no consolation to people who were robbed of not just their property but their loved ones as well.

The perpetrators, in this case, were not Vikings but, as they were known in Iceland, Turks. The ships actually came from Morocco and Algiers, but they did capture an estimated 400 people and brought them to Algiers as slaves. One of these people was Guðríður Símonardóttir, colloquially known as TyrkjaGudda, the nickname referring to her time with the “Turks”.

Guðríður was enslaved in Algeria for just under a decade until she was bought free by the Icelandic state, along with a few other Icelanders. Interestingly, some Icelanders chose not to return to Iceland, choosing instead to convert to Islam. When Guðríður returned to Iceland, her time with the Turks earned her more notoriety than sympathy, although that might also have something to do with how she met her second husband, Hallgrímur Pétursson.

On their way home, the group of freed Icelanders were sent to Copenhagen for a while to be re-educated in Christian studies and to reacquaint them with their mother language. Their teacher was a young theology student, Hallgrímur Pétursson, who later became one of Iceland’s most beloved poets; the one Hallgrímskirkja church is named for. After a while, Guðríður fell pregnant. Not only was Hallgrímur 16 years her junior, but the couple also had no way of knowing whether or not Guðríður’s husband from before her enslavement was still alive. In a twist of fate, he had, in fact, drowned a few months before Guðríður returned to Iceland so the couple were able to be wed.

Guðríður’s unconventional life, as well as her husband’s fame, have kept her story alive and plays and historical novels have been written about her. 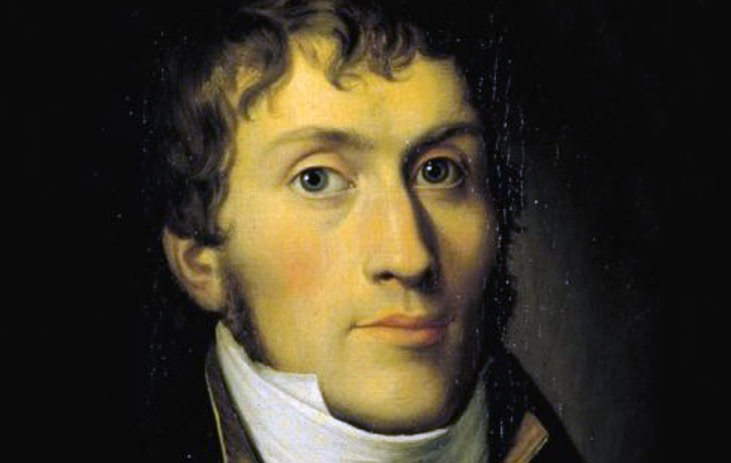 This one is not exactly Icelandic but he still made ripples in Icelandic history. Born in Copenhagen, Jørgen Jørgensen was either a good-for-nothing opportunistic petty criminal or a brave but reckless adventurer, depending on your point of view, but for all his faults, at least his story is interesting.

He travelled the world in his lifetime, first moving to Britain and joining the navy, sailing to several different colonies of the British empire at the time. He ran into some trouble when Denmark and Britain got into a war which resulted in him committing treason against Denmark. Technically a prisoner of war, he had his freedom in London based on a gentleman’s agreement.

This was the situation when Jörundur sailed to Iceland (violating his parole) along with a soap merchant intending to buy Icelandic lard for his factories. After a dispute with the local Danish authorities, unwilling to do business with an Englishman when their nations were at war, Jörundur, along with his business partners ended up capturing the Danish governor of Iceland and declaring himself ruler of the island until such time that he could reinstate Alþingi, allowing the Icelanders to rule themselves.

His intent was to found a liberal society, free from the oppression of the Danish government. He even designed a flag, three flattened cod on a blue background. His rule lasted for little over two months, earning him his moniker, Jörundur Hundadagakonungur. Jörundur is an Icelandification of the Danish name Jørgen but Hundadagakonungur stands for the Dog Days King. His rule coincided with the dog days, the period when Orion, the dog star is rising.

It was cut short when HMS Talbot arrived in Iceland. Jörundur was captured and Danish government was restored. Jörgen was taken back to Britain and imprisoned, not for his attempted coup d’état but for breaking his gentleman’s agreement where he promised not to leave London.