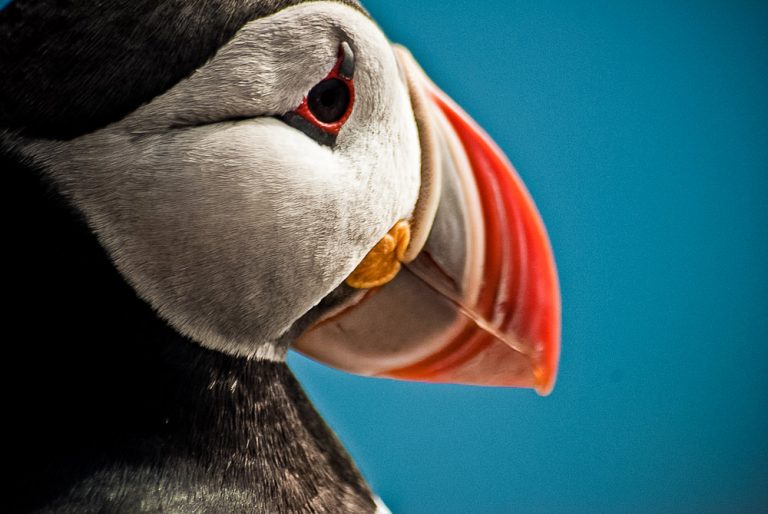 9 Things You Didn’t Know About the Puffin in Iceland 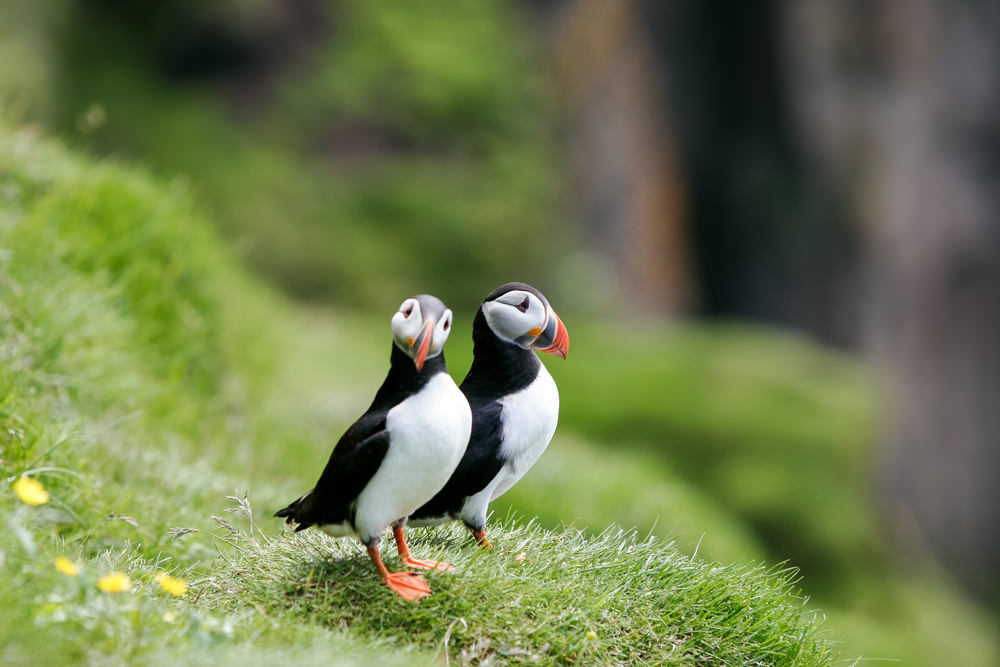 They mate for life

Puffins uphold the bird version of conservative family values, they mate for life, raise their single puffling over the course of the summer and return every year to their same burrow. Aged 3-5, they choose a partner and stick with them for life, at least during mating season. In the winter, puffins actually spend their days all by themselves, but the couples meet up by their nest hole every spring.

Puffins are seabirds and tend to live where trees don’t. They dig holes instead, up to a metre deep. They sometimes even use old rabbit holes if there are any rabbits in the area. The puffins return to the same nesting sites every year, sometimes even using the same burrows, and young puffins are faithful to the nesting site where they were hatched. During the breeding season, the birds spend a lot of time wandering around their burrow and communicating with their neighbours. 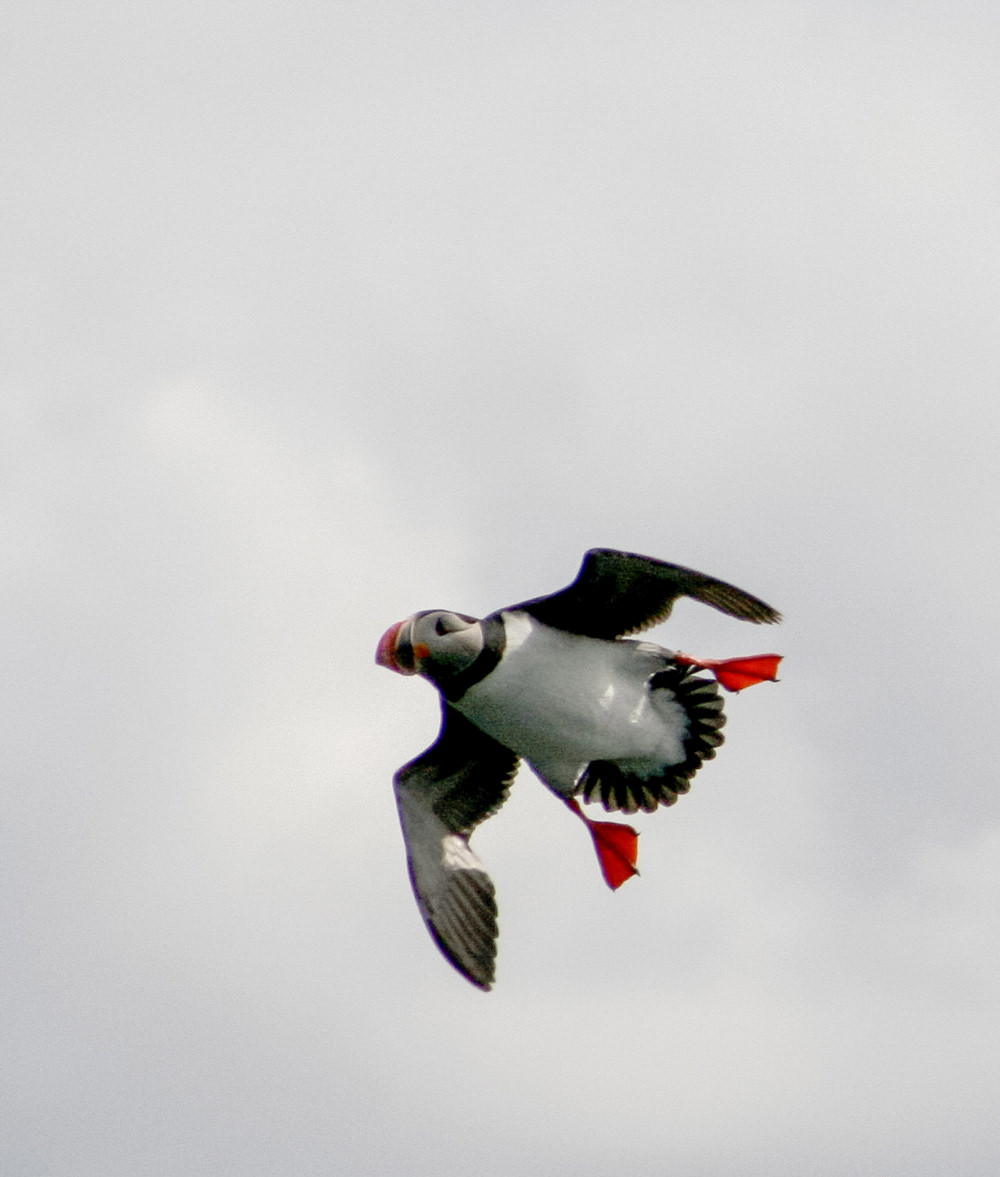 You know how penguins look like they’re flying when they swim while their attempt at walking can best be described as a waddle? It’s like that with the puffins and flying, they look like they’re ready to fall out of the sky at any moment, flying with short, jerking motions. They are much better swimmers, which makes sense, as they spend most of their time out at sea.

They spend most of their life at sea

The puffins are pelagic birds which means that they spend more than half the year far out at sea. They are well suited to life on the sea and mostly eat fish. They only return to their holes to breed from April to August. 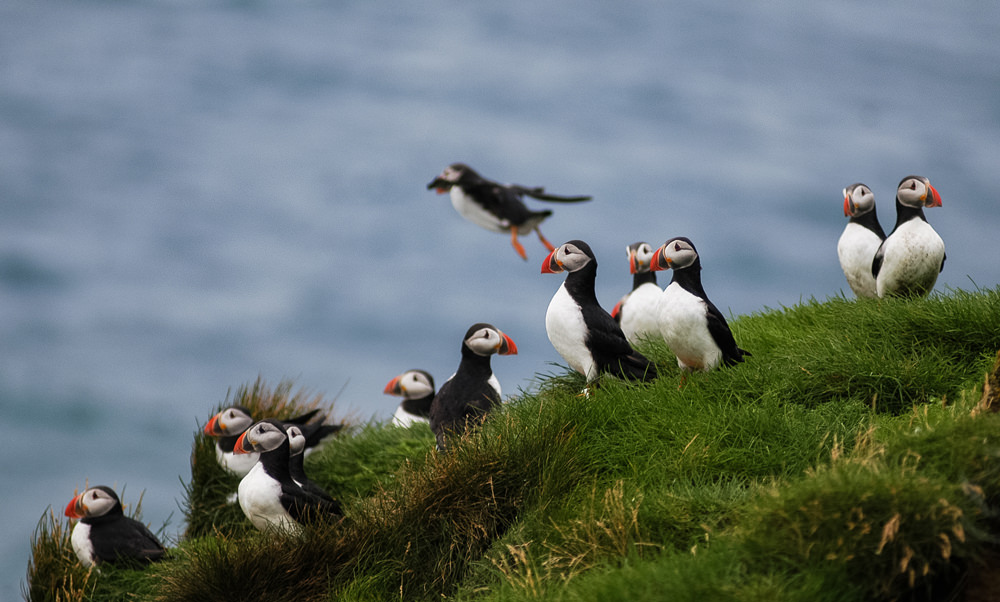 Predators, such as foxes, weasels, cats, and dogs, can’t reach them on the islands around Iceland or out at sea during the wintertime. Actually, the puffins’ most threatening natural predator currently is homo sapiens. Puffin is still hunted for food and eaten, fresh or smoked, although with dwindling puffin populations in large puffin colonies, there is some discussion in parliament on banning puffin hunting, or at least limiting the hunting period a lot more.

Their beaks are impressive

The multic-coloured beaks that the puffins sport for the mating seasons have, in some parts of the world, earned them the nickname of sea parrot or even sea clown. In Iceland they have a more dignified moniker; they’re called provosts after senior church officials. This is not to say that Icelandic church officials have colourful beaks, but has more to do with the puffins black coat and pompous-looking walk. 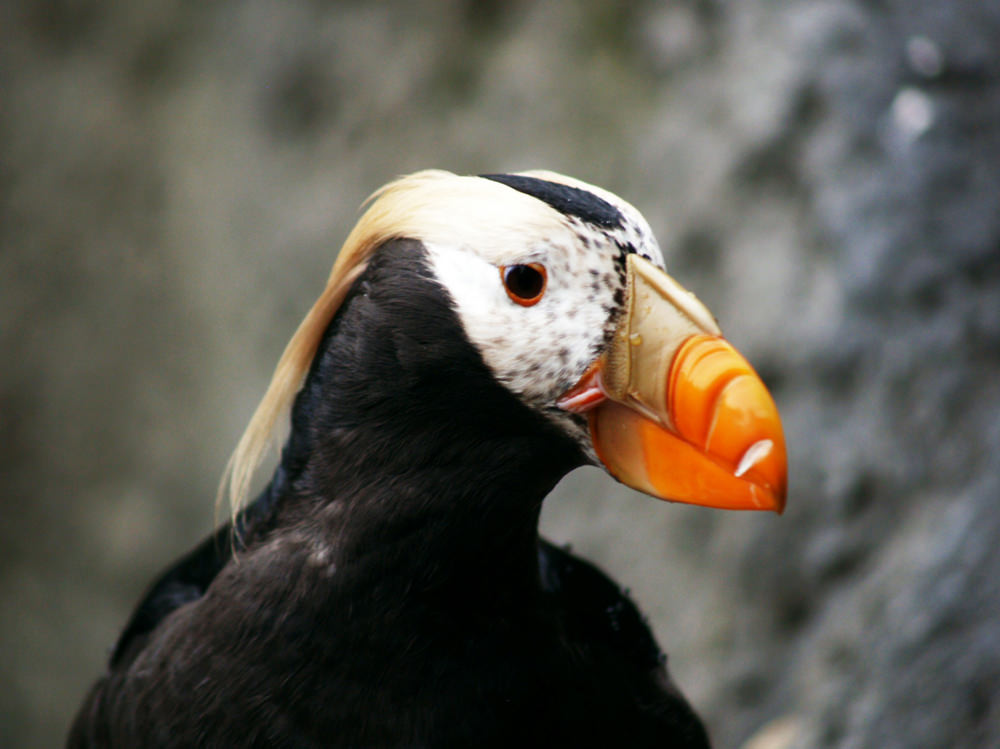 They’re still not as impressive as the tufted puffin

The puffin, or more accurately the Atlantic puffin, has a cousin known as the tufted puffin. Its beak hasn’t got the same range of colours, but it more than makes up for it with yellow tufts of feathers, streaming back from its head like luscious blond locks. These striking creatures, unfortunately, live mostly in the north Pacific area.

They’re not our national bird

That honour belongs to the infinitely more graceful, if less likable, gyrfalcon. Icelandic gyrfalcons were for centuries captured and sold as hunting birds for Europe’s elite. While the demand for hunting falcons has dropped, the falcon is still a symbol of Iceland, for example, the national order of Iceland, of which the president of Iceland is the designated Grand Master, is called the Order of the Falcon. 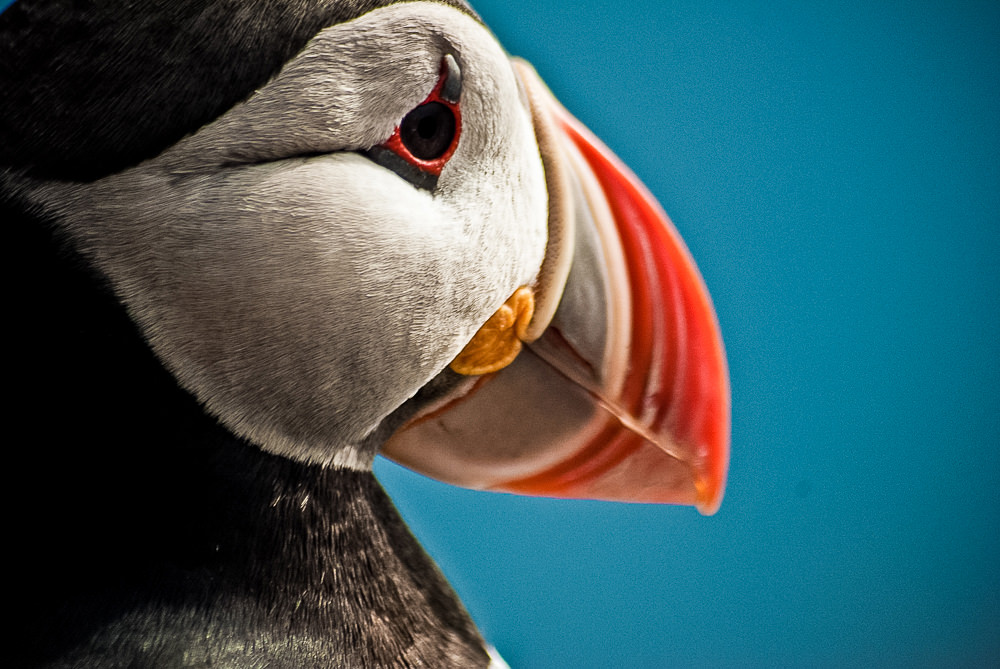 They’re smaller than you think

Puffins are only about 30 cm from the tip of their bill to the end of their tail and stands at about 20 cm on land. This makes them the same size, or even smaller, than most of their stuffed lookalikes sold in Reykjavík souvenir stores.