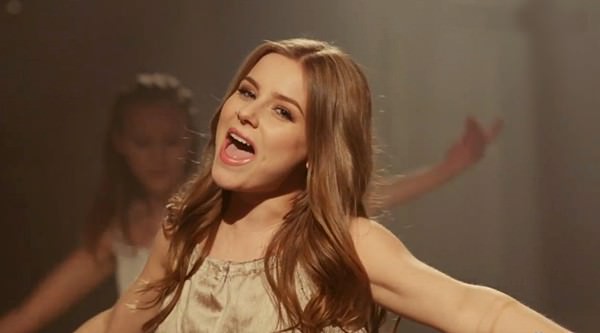 So, even though it’s still snowing (just a little though) here in Iceland we have entered the season of spring (I think, not quite sure anymore what anything other than winter looks like…) and with spring comes Eurovision.

The song contest will take place late in May in Vienna and Icelanders have chosen their entry; a catchy song called ,,Unbroken,” sung by the very talented young singer María Ólafsdóttir. I suspect that in a couple of days, the radio channels will start playing the song almost non-stop and our newspapers will start putting out predictions about our entry and other countries’ songs as well.

I have to admit, I’m not really a big Eurovision fan. I usually just turn up for the party (Icelanders usually get together for a party to watch the show) and watch the scoring at the end of the final night.

But this year is a little bit different since the singer, María Ólafsdóttir, was in my class for three years in high school.

Even though Iceland is a small nation I’ve never known the contestant personally—which is kind of fun.

My friends are hardcore Eurovision fans, so when María won the competition here in Iceland I knew had to record the reactions. We kind of knew she would win, as she is a fantastic singer and had a great team with her in the production of the song, and I thought I might share the video here because I think it’s hilarious … not sure my friends will agree but anyways …

Since I will be paying extra attention to Eurovision this year I wanted to share my thoughts on the other countries entries throughout the next few weeks. Let’s just start with the Icelandic entry, which in my opinion is a good one.