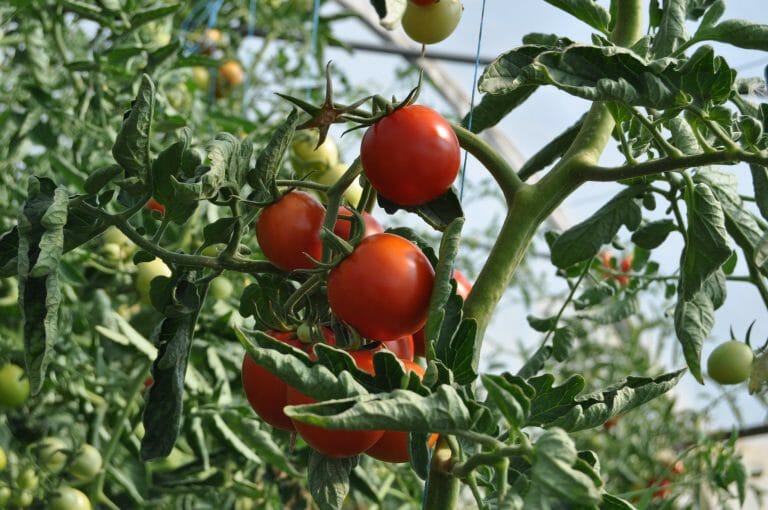 A Taste of Iceland: Locally Produced Foods in the Spotlight

If you are travelling in Iceland right now, or if you want to bring a taste of Iceland home to your own kitchen, you should try these locally produced foods.

Even though the winters are long and dark in Iceland, tomatoes are grown in greenhouses all year round. Friðheimar is a tomato farm and lunchroom in South Iceland where they grow and sell the freshest and tastiest tomatoes of the country. Their lunchroom is located inside one of their tomato greenhouses and all dishes they serve are made with tomatoes. The greenhouse also houses a small shop where they sell all kinds of products made with Friðheimar tomatoes, from jams and chutneys to soups and drinks. They also host horse shows!

Demand for plant milk is growing, and in Iceland, there is one company that jumped the bandwagon and has been producing Icelandic plant drinks since 2018: Heiða. Heiða oat milk is produced in sweetened and unsweetened editions. One 250ml glass of oat milk from Heiða provides one third of the daily intake of beta glucans, a source of soluble fibre which is believed to reduce high cholesterol. Using Icelandic water, the carbon footprint of the product is a lot lower than that of other plant milks available in Iceland.

Growing wasabi in Iceland might seem like a challenge, but company Jurt proves it is up to the task.  In modern, climate-controlled greenhouses in Egilsstaðir in East Iceland, they grow Japanese wasabi using hydroponics. They have been working together with the University of Iceland to develop a sustainable Icelandic wasabi plant. In their shop, you can order wasabi flowers, leaves, and gift packages. Exclusive restaurants in Iceland and abroad use Nordic wasabi in their dishes, and you can also get it in a cocktail, known as the Wasabi Mule.

Icelandic hot sauce? Yes! Levefer produces two different hot sauces, Bera and Dreki, under the slogan “A little spice from the land of fire and ice.” Bera was Iceland’s first hot sauce and it goes well with everything; on pizzas, meat dishes, eggs, and even fish. It is named after Berufjörður in the Eastfjords, which in turn is named after an early settler of the area, the woman Bera, who operated a farm along the fjord. Ingredients include mango, banana, apple cider, onions, habanero peppers, and garlic. Dreki means dragon in Icelandic, and this variety contains paprika, fennel, rice vinegar, habanero peppers, honey, soy sauce, Carolina reaper peppers, Sichuan peppers, and allspice.

In Flúðir, South Iceland, you can find fresh Icelandic mushrooms. Flúðasveppir grows two kinds of mushrooms: white button mushrooms and brown chestnut mushrooms. Next to mushrooms, they also grow three kinds of bell peppers, red, orange, and yellow ones. They offer dishes made with their produce in their Farmers Bistro. For instance, mushroom soup with garlic bread and bell pepper chutney, bell pepper and mushroom tapenade, and mushroom butter. And what do you think of mushroom ice cream for dessert? Yum! Don’t miss this place when you’re in the area!

Next to these products, check out locally brewed beers, fresh fish, farmer’s cheeses, and Icelandic chocolate!