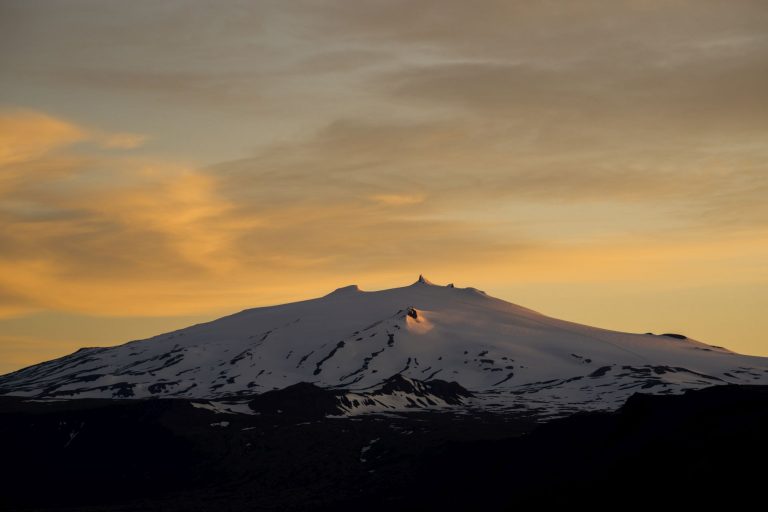 Adventures in Mystical Snæfellsnes – Aliens, Paganism and a Journey to the Centre of the Earth

The Snæfellsnes peninsula in West Iceland features a beautiful and diverse landscape, the highlight of which is the wondrous Snæfellsjökull glacier. But the glacier’s history is also mired in the mysterious and supernatural, thanks to its appearance in some memorable pieces of popular culture. In this article, we will dive deeper into some of the most mystical aspects of one of Iceland’s most famous locations. 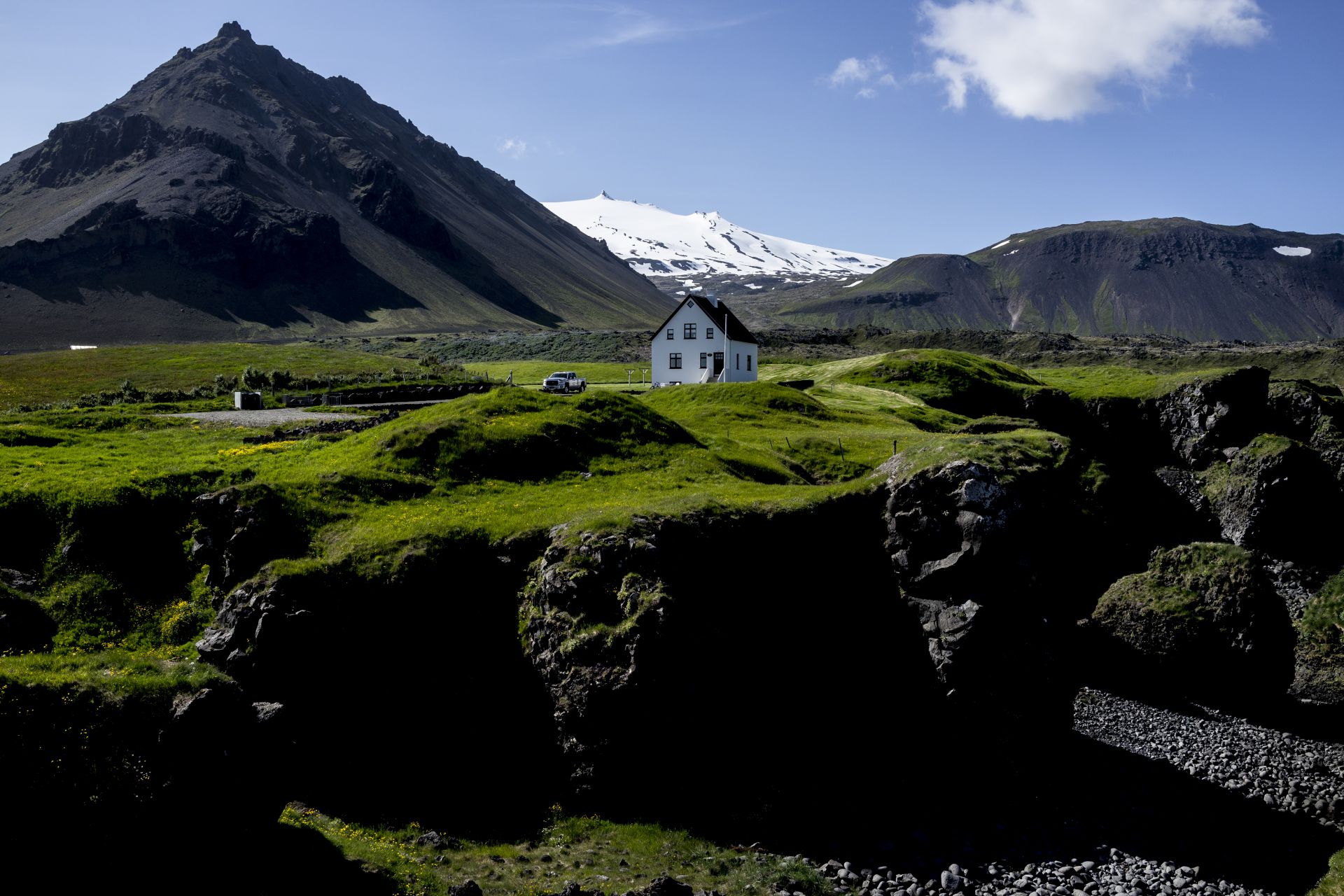 Bárðar saga Snæfellsáss is an Icelandic saga dating back to the 14th century that tells the story of Bárðr Snæfellsáss, whose mother was human and father was half giant and half troll. Bárðr was fostered by Dofri, a mountain-dweller of Dovrefjell. After many adventures and a fight with his half-brother Þorkell, Bárðr vanished into Snæfellsjökull glacier. From then on, he was known as Bárðr Snæfellsáss, which means the “guardian spirit” of Snæfell, because: “they practically worshipped him on the peninsula and called upon him in times of difficulty. For many he also proved to be a source of real help in need” (translation by S. Anderson, 1997). He roamed around Snæfellsnes wearing a grey cloak and a rope made of walrus hide and carrying a long, pointy staff, that he used when walking on the glacier.

Who knows, maybe he is still out there these days, protecting travellers from harm. 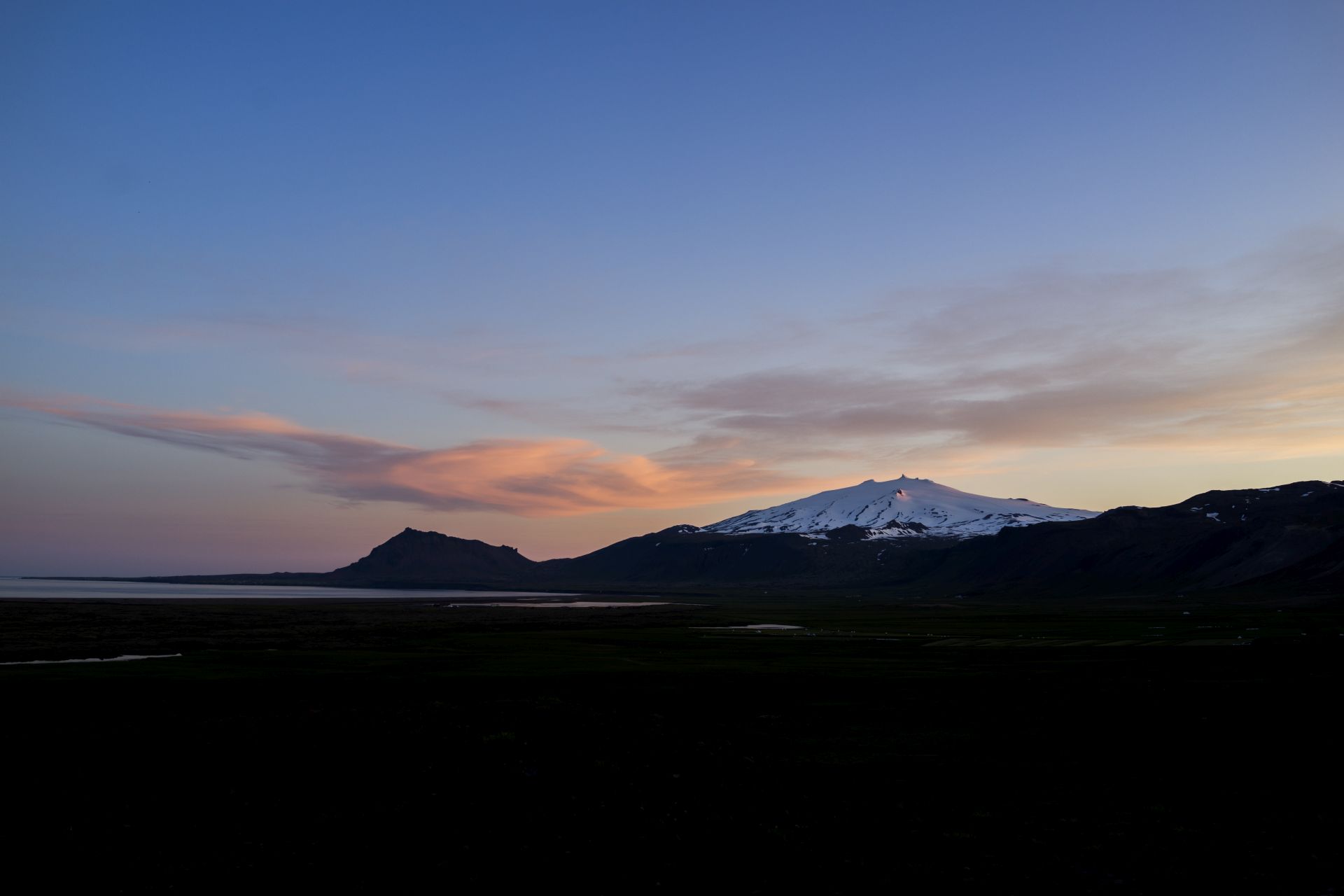 Journey to the centre of the earth

Snæfellsjökull glacier plays a central role in Jules Verne’s beloved 1864 science fiction novel A Journey to the Centre of the Earth. In the novel, we follow the odyssey of German professor Otto Lidenbrock, his nephew Axel and their guide Hans after they decipher an old runic manuscript that tells them how to travel to the earth’s centre through volcanic tubes. They find the gateway to the centre of the earth is at Snæfellsjökull glacier: “Descend, bold traveller, into the crater of the jökull of Snæfell, which the shadow of Scartaris touches (lit: tastes) before the Kalends of July, and you will attain the centre of the earth. I did it. Arne Saknussemm.”

Beneath Snæfellsjökull glacier, they encounter an unknown subterranean world filled with prehistoric animals, petrified trees, giant mushrooms and natural hazards, and eventually surface again through the Stromboli volcano in Italy.

The Blind Birds trilogy, published in the 1960s, also features the glacier. In this trilogy, a group of scientists try to find out if Jules Verne was really ever in Iceland, and during their research, they discover an ancient alien outpost in the cave system under Snæfellsjökull glacier. 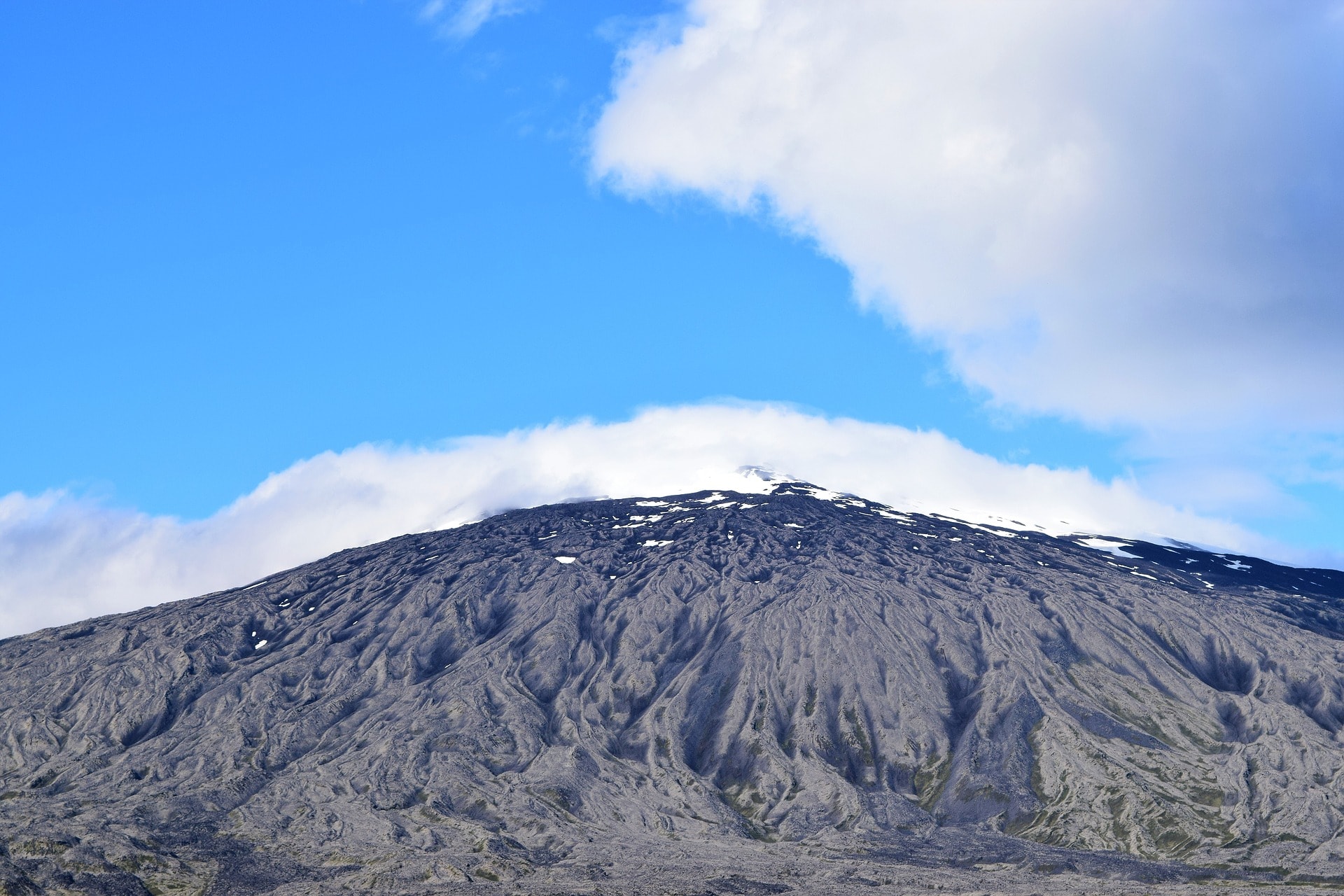 Iceland’s Nobel Laureate Halldór Laxness’ novel Under the Glacier (1968) is set mainly at Snæfellsnes. It tells the unusual story of the pastor at Snæfelsjökull glacier who goes astray from the church and finds god in nature and the little things in life.

A young emissary is sent to the pastor’s region to investigate charges made against him. When the emissary arrives at the scene, things are way more complicated than first assumed. The pastor no longer buries the dead, children are not baptized, the church is shut, there is a new mysterious building next to it, and the pastor spends most of his time shoeing horses. Also, rumour has it that there is a woman who never bathes, eats or sleeps. The people seem indifferent to the emissary’s investigation and feel reluctant to clarify anything to him. Slowly though, he seems to be drawn into the community. Under the Glacier narrates the reintroduction of paganism into a small community and touches on the failures of Christianity in a funny yet thought-provoking way. 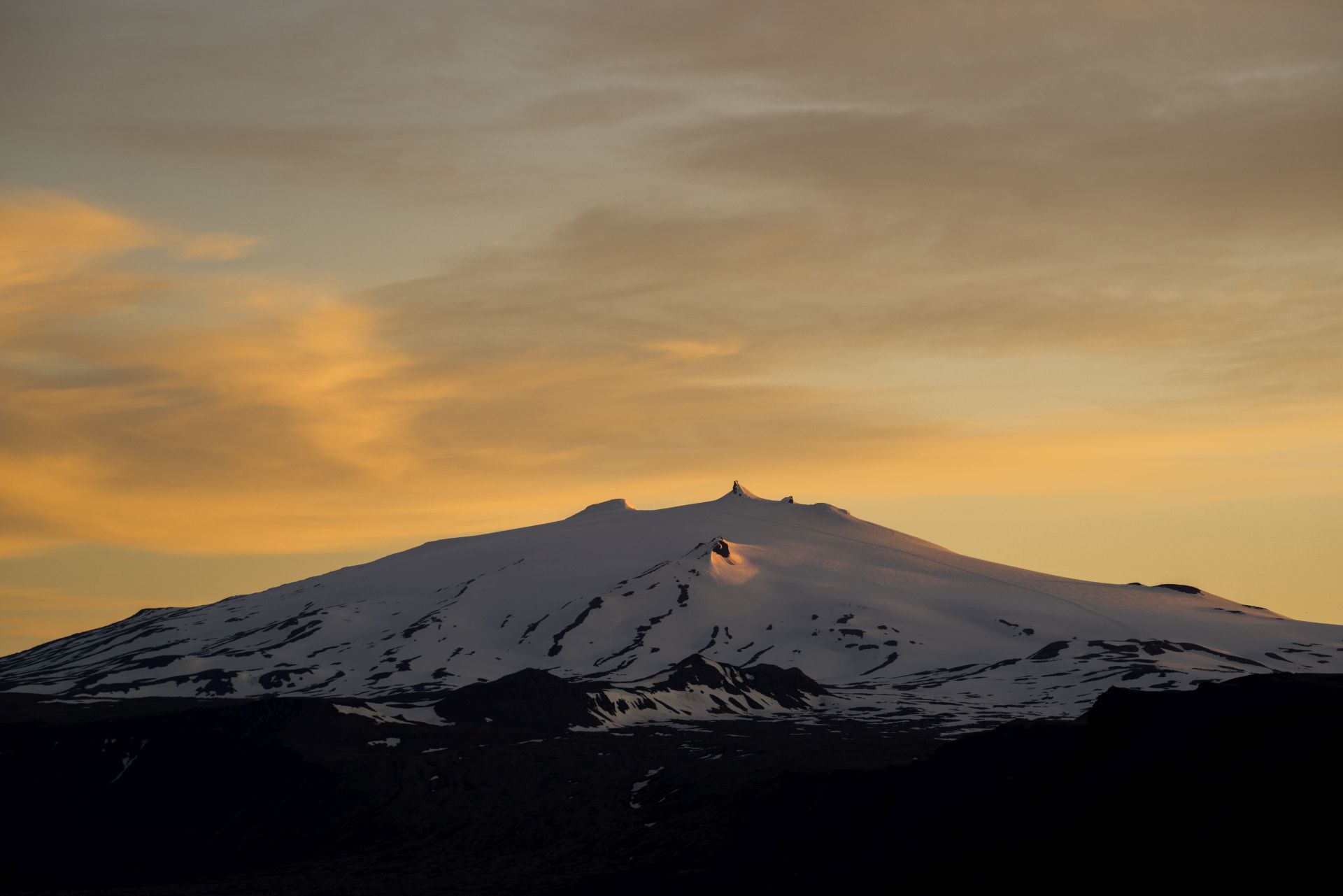 Decades later, the topic of aliens would come back to haunt Snæfellsness. In 1993, several Icelanders believed that had seen UFOs in the area. Later, a British man named Michael Dillon (who had often travelled to Iceland), claimed that he had been contacted by aliens who told him to gather a group of people and travel to Iceland. On November 5th, 1993, he claimed, the aliens would meet him at Snæfellsjökull glacier.

According to the Icelandic experts, there were nine known types of aliens. The most famous being the tall, skinny ones, with gray skin and huge black eyes that haunt nightmares. No one knew which was coming, though. And no one knew if they were going to be hostile. A conference was held in connection with the arrival, where over 500 people interested in aliens and UFOs gathered. Among the guests were members of the American army, the British police, the CIA, the FBI and other organisations. Then the big day finally came, and thousands of people, along with a camera crew from CNN, made their way onto Snæfellsjökull glacier, to wait for the twilight hour, the time in which the UFOs were supposed to show. Unfortunately, the aliens never came, because, supposedly, Icelanders on the scene were partying too hard! 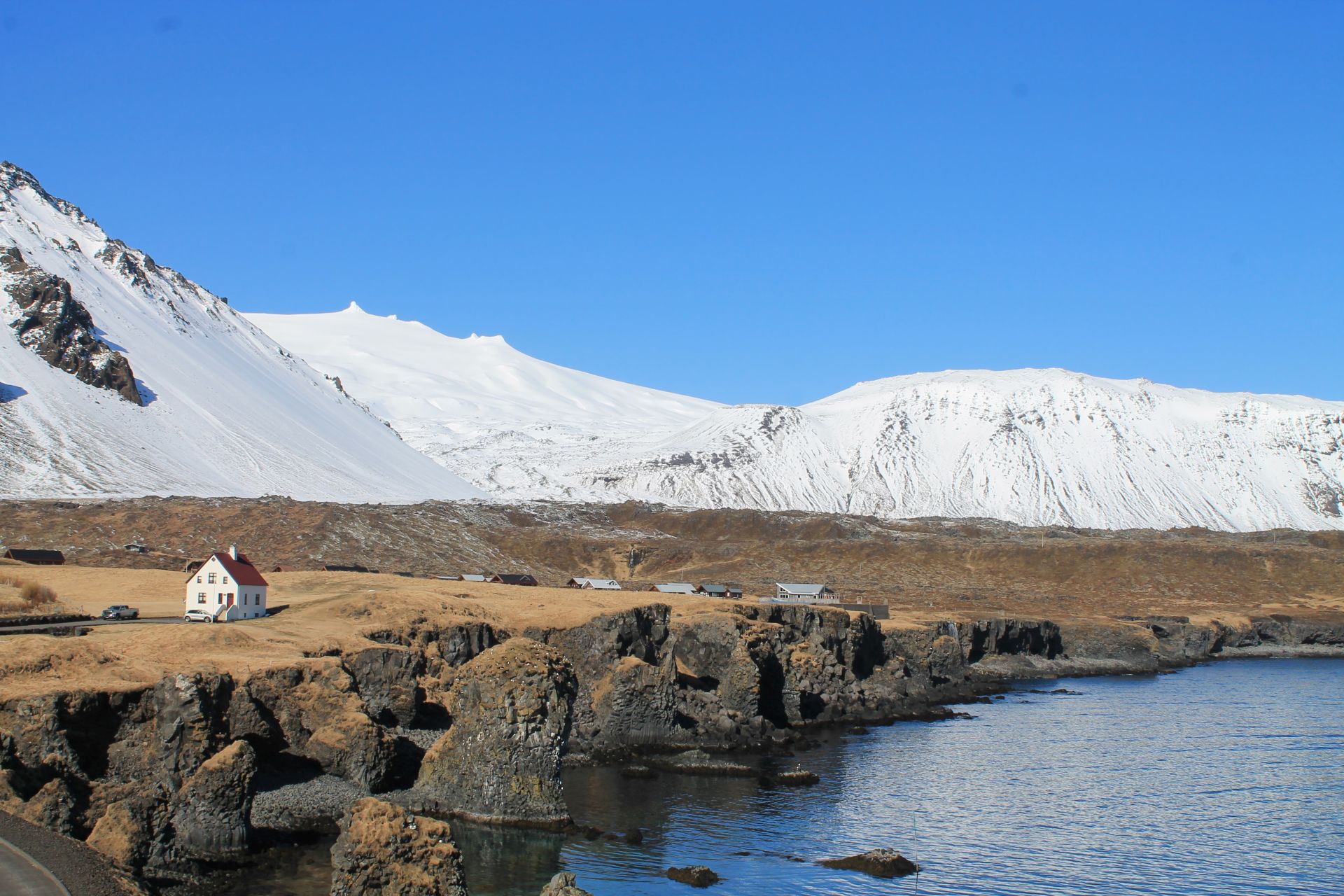 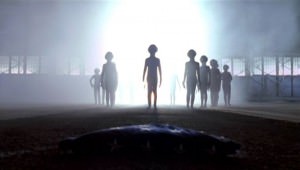 Aliens and Iceland: When UFOs almost came to Snæfellsjökull 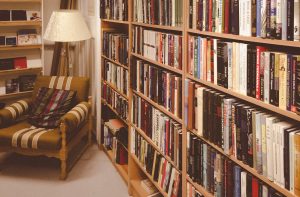 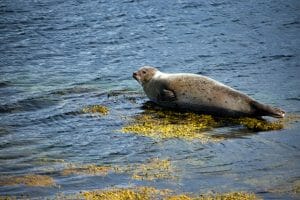