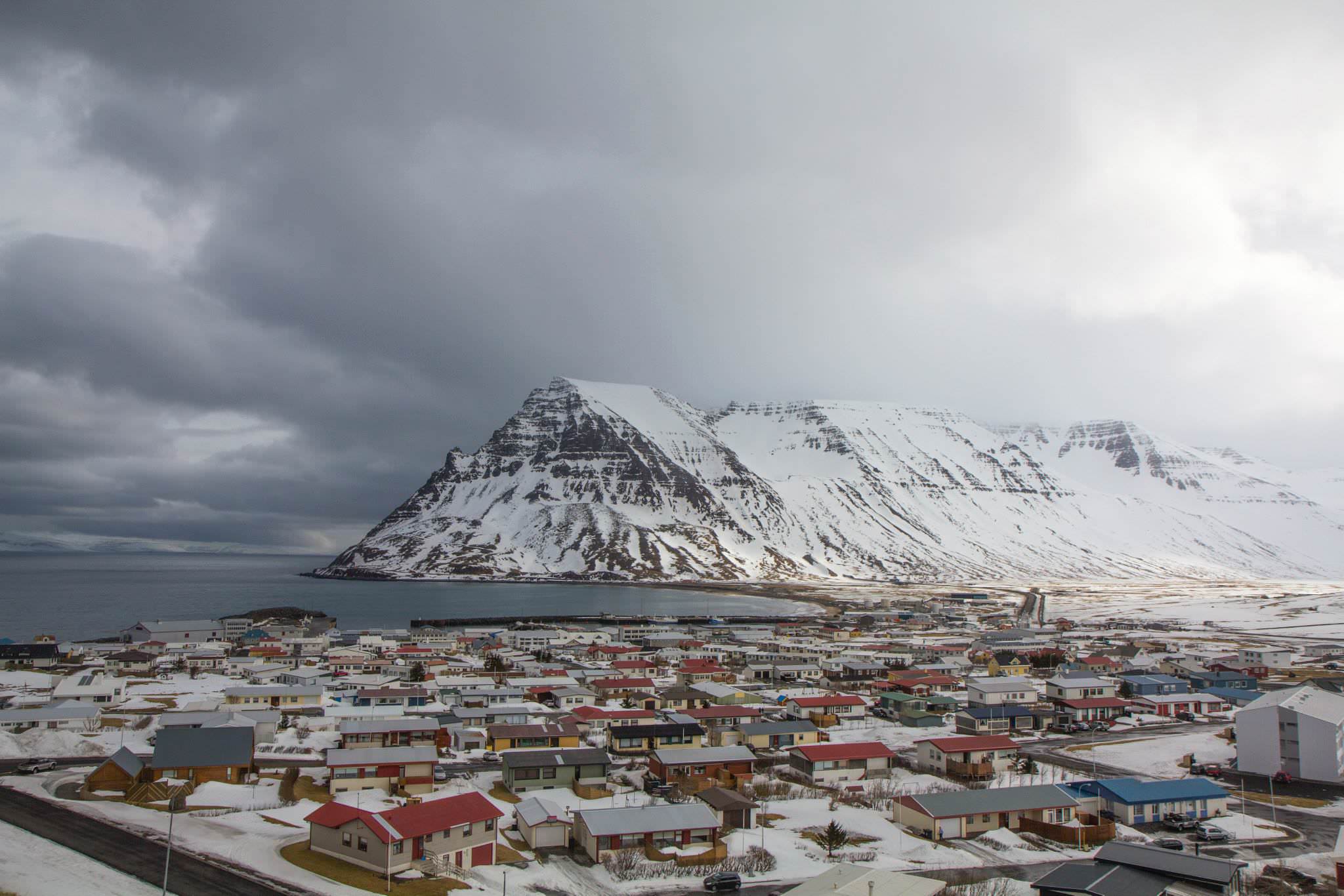 I spent last weekend in Ísafjörður, the capital of the West Fjords. Every year, the music festival Aldrei fór ég suður, also known as AFÉS and directly translatable as “I Never Went South”, brings thousands of guests to the town during Easter Weekend.

The festival was founded in 2003 by Mugison, a great singer-songwriter and native of Ísafjörður, and his dad. It’s free of charge and some of Iceland’s most interesting bands and musicians play there every year. This year, some of my favourite ones were Júníus Meyvant, Prins Póló, Pink Street Boys and Snorri Helgason. The festival was kicked off with a relaxed concert in the church on Friday evening and on Saturday there was a huge concert in a warehouse. The schedule began on Thursday and the last events were on Sunday evening, but unfortunately I could only be there for Friday and Saturday. I would have loved to stay for much longer.

Ísafjörður a charming place. It’s home to some of Iceland’s oldest houses, a vibrant cultural life and a population of 2600.  It’s about a 5-6 hour drive from Reykjavík and it takes about 40 minutes to fly there. Easter doesn’t always have very good weather to offer the guests and planners of AFÉS but this year we were very lucky. The weather was still and mild the entire time and it only snowed and rained a little bit.

But if you’re interested in going to AFÉS I’d recommend checking the weather conditions very well before you go, and it wouldn’t hurt to have a plan B. If the weather is really bad the flights can get cancelled, since the airport at Ísafjörður is a bit of a tricky one to land on. And if you’re driving, be sure to check the road conditions on www.vegag.is. Don’t let it discourage you though! Just use your common sense. 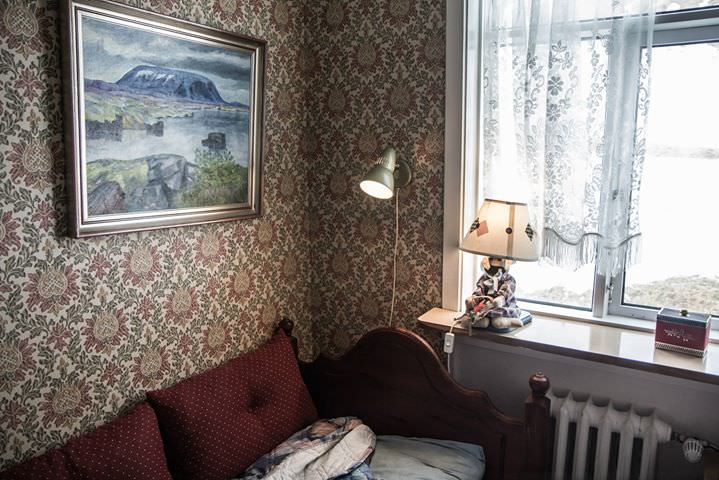 I was lucky enough to be able to stay in one of the oldest houses in Bolungarvík, a village about a 15 minute drive from Ísafjörður. The house is owned by my friend’s great uncle and was an incredibly charming mixture of tasteful and tacky. Nói Albínói, a great film by Icelandic filmmaker Dagur Kári, was shot in this house and other places in the village. I highly recommend checking that out for some quality dark humour.

The only downside of staying in that house was when a radiator broke in the middle of the night. A couple of my friends who came home early from partying had to spend hours drying the living room floor, which had turned into a lake by the time they got home. Then we had to wake up early Saturday morning to move all the furniture from the living room, filling the rest of the house with it. There was a very nice local man who worked for the insurance company that helped us with it, however he was getting late for a funeral so he had to leave. Now that’s something that would happen in an Icelandic movie.

The festival was absolutely great. The whole atmosphere in the town is so open and friendly, everyone is just there to have a good time and be kind to each other. For example, when I was looking for a ride back to Bolungarvík at 4 am Friday night, a local man I had never met before gave me his son’s phone number and said that I could get a ride with him.

The music was of course amazing. Whether it was dancing like a maniac to Boogie Trouble’s disco tunes, enjoying the mellow tunes of Teitur Magnússon or MC Gauti’s incredibly self-confident hip hop show, I had a wonderful time. After the concerts there was always a DJ or live music somewhere until 3 or 4 o’clock, so you can do plenty of dancing and partying.

So I recommend checking out the AFÉS festival. It’s a great way to get to know the Icelandic music scene as well as getting to know the locals of Iceland and experiencing some incredible Icelandic scenery. If you’re lucky, the roads will be open and you can get some amazing views on your way to this remote but fascinating part of the country.

Here are some of my favourites musicians from AFÉS:

Want to be up-to-date on what’s on in Reykjavik?