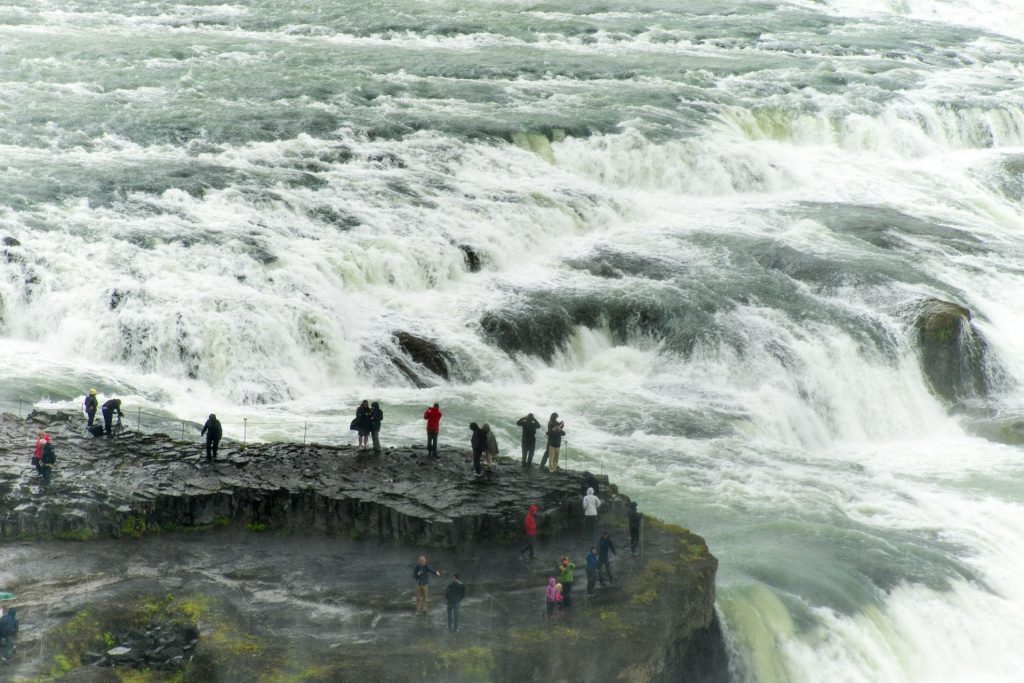 All You Want to Know About the Golden Circle

Long before you book your flight ticket to Iceland, you already know there is one tour you can’t miss: the Golden Circle. The Golden Circle is the most popular day tour in Iceland, and for good reason. The Golden Circle combines three beautiful stops that offer a variety of unique landscapes. The first one is national park Þingvellir, the second is geothermal area Geysir and the last one is the waterfall Gullfoss. In this article, we will look into these stops, give suggestions for extra stops that you might want to make and name a great alternatives to the Golden Circle. 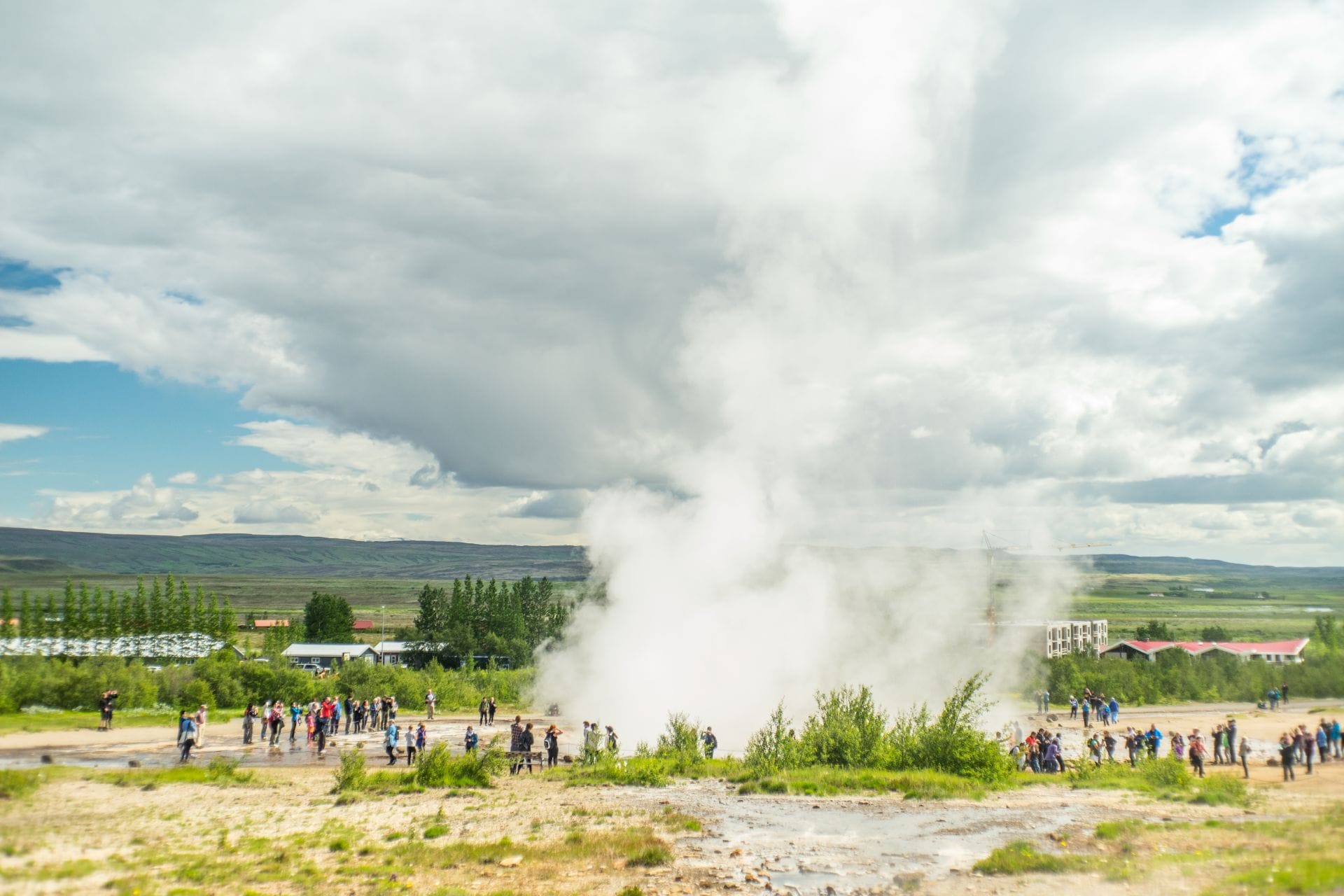 The first stop of the Golden Circle: Þingvellir

It has historical and cultural significance, because this is where the parliament (Alþingi) first gathered around 930 AD. Þingvellir translates to Parliament Plains. The assembly was an open-air gathering, during which disputes were settled and laws were made. During assemblies, the area was visited by chieftains and citizens. It was a place of trade, commerce and people looking for work. It was the main social event of the year, and people from all over the country made their way to Þingvellir, sometimes travelling for two weeks, all the way from the most isolated parts of the country! Þingvellir was the site of these assemblies until 1798, after which it was moved to Reykjavík, where the Alþingi has been ever since. It was also the site where Iceland declared independence from Denmark on the 17th of June, 1944.

The site is of geological interest, because at Þingvellir you can walk between a fissure caused by two tectonic plates that are slowly moving away from each other – the Eurasian and North-American plate. It’s also possible to dive or snorkel in between the plates. Next to this, you will find waterfalls, a beautiful lake and lava fields in the area. 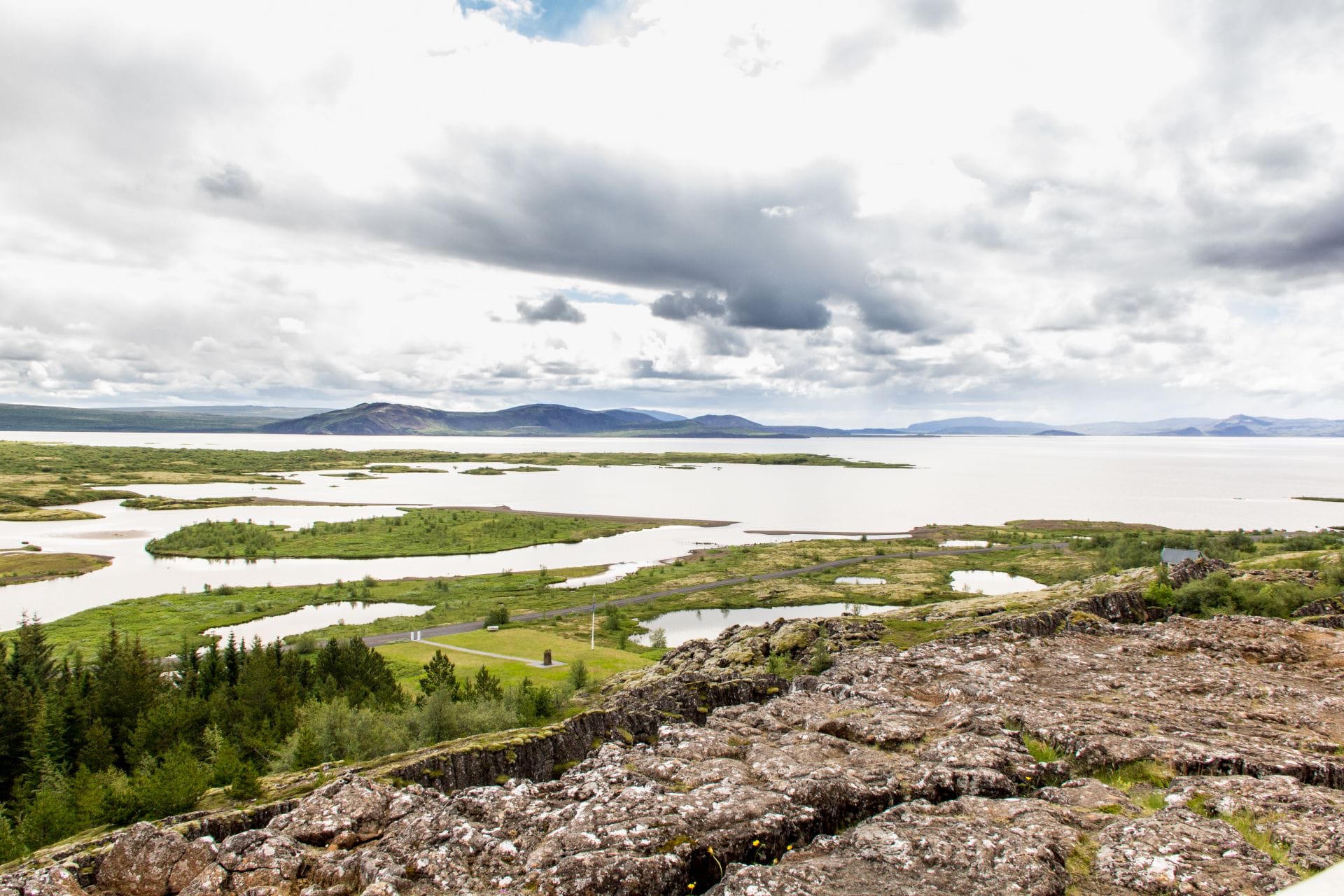 The second stop of the Golden Circle: Geysir

The second stop of the Golden Circle is geothermal area Geysir. This area is mostly known because there is one active geyser, Strokkur. Strokkur erupts every 6 to 10 minutes, and spurts water 15 to 20 metres up into the air. Geysers erupts because water in side chambers underground starts to boil, and the jet of water is a way to release pressure. It’s an impressive sight!

These days, we can only imagine what it would be like to see Strokkur’s big brother and the namesake of the area, Geysir, erupt. It used to spout water 80 metres up into the air, but unfortunately this geyser has not erupted since 1916. However, Strokkur, various other hot springs and smaller geysers in the area make this a compelling place to visit. 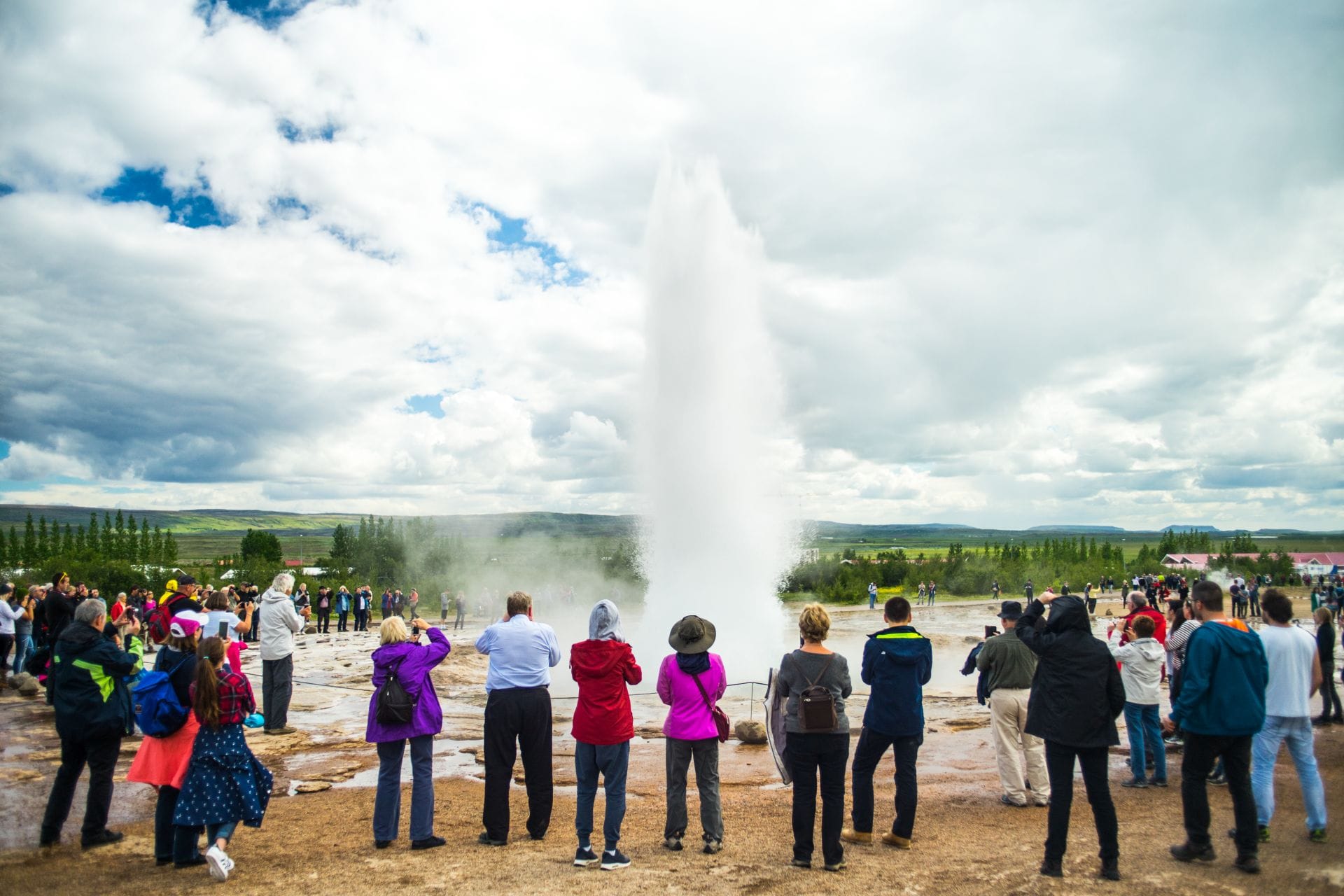 The third stop of the Golden Circle: Gullfoss

Gullfoss is the last stop of the Golden Circle. This is a spectacular two-staged waterfall, that is in total 32 metres tall. It’s splashing through a gorge with walls of up to 70 metres high. It’s located in the Hvítá river, that originates from meltwater of Langjökull glacier. You can view Gullfoss from several viewing platforms, and in summertime it’s possible to walk very close to it.

We are lucky that we can enjoy the majestic waterfall up to this day, as the waterfall was almost turned into a hydroelectric plant at the beginning of the 20th century. At that time, Gullfoss was privately owned by a farmer named Tómas Tómasson. He was contacted by an Englishman known as Howells, who wanted to buy the waterfall from him to use it to generate electricity. Tómas initially declined, but later leased Gullfoss to him. Tómas’ daughter, Sigriður, wanted to stop this rental agreement to protect nature. With her savings she hired a lawyer and walked several times all the way to Reykjavík to get updated on her case. At one point, she threatened to jump into the waterfall if Gullfoss would be turned into a hydroelectric plant. She didn’t win the case, but the contract was terminated because Howell did not pay his rent. In 1940, an adopted son of Sigriður inherited the waterfall, who later sold the land to the Icelandic government. In 1979, the area was turned into a nature preserve. These days, Sigriður is honoured as Iceland’s first environmentalist for her efforts to save the waterfall. 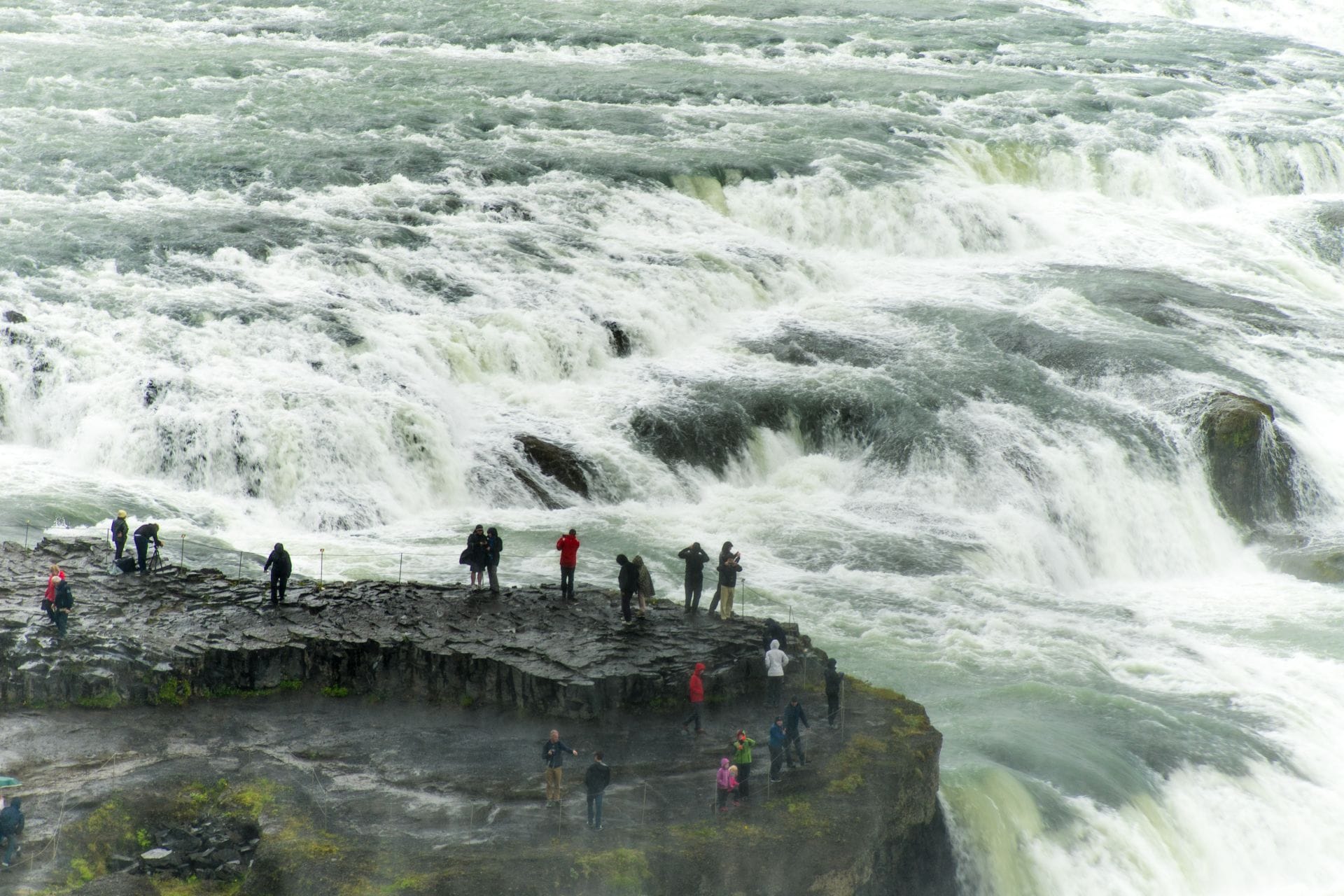 Extra stops of the Golden Circle

The standard Golden Circle tour has three stops, but there are several tourist sites in the area that you can add to it. For instance, you can relax for a while in the hot tubs of Laugarvatn Fontana Spa. And if you are hungry after a long day outside, they also offer a tasty dinner buffet. For an original and delicious lunch, pay a visit to Friðheimar. This is a lunchroom inside a tomato greenhouse and all their dishes have tomato as one of the ingredients. Kerið, a colourful crater in the area, is also worth a visit. For a small fee you can follow an easy path around the crater’s edge. If you are looking for some excitement, book a snowmobile tour on Langjökull glacier, with a pick up at Gullfoss. 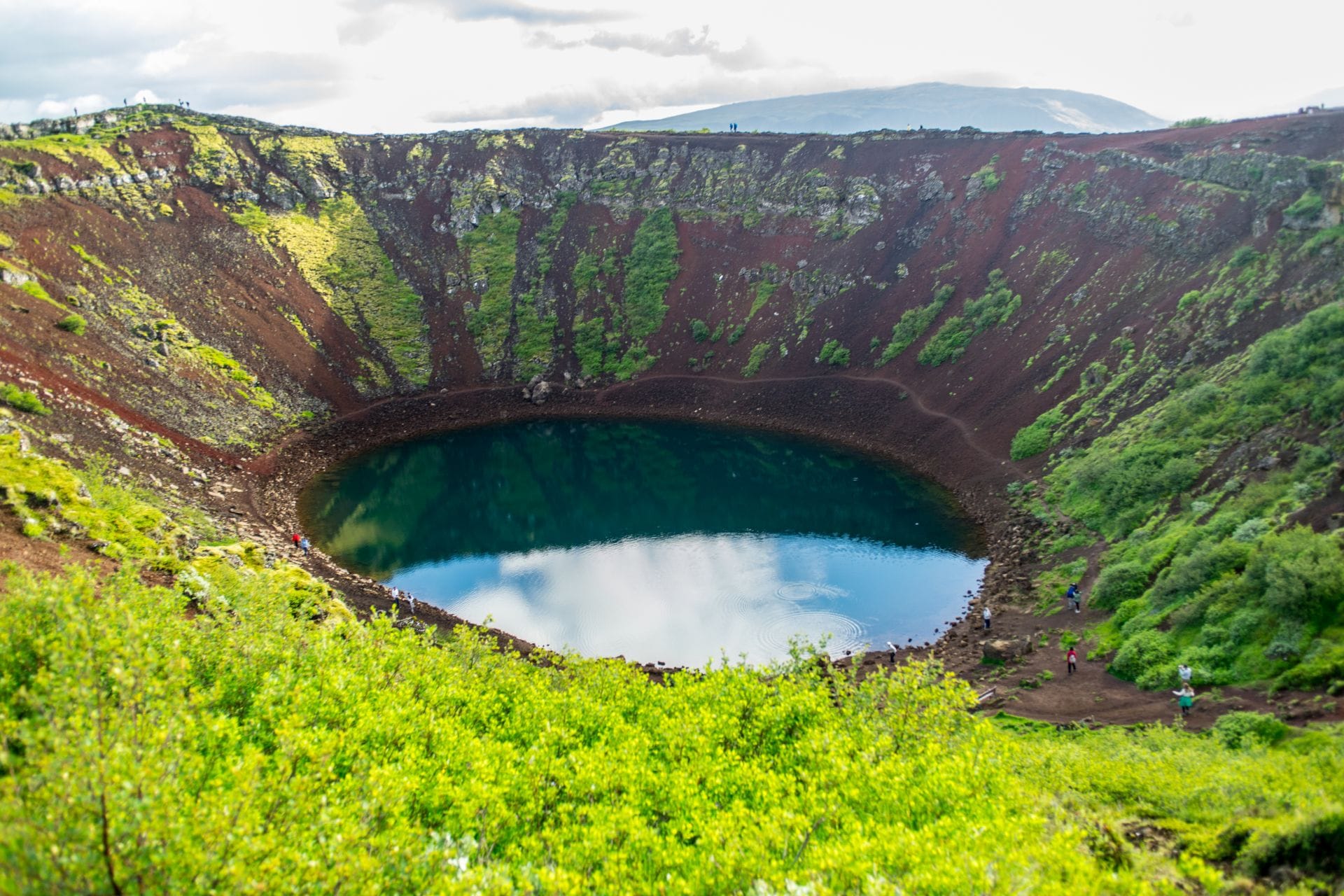 Alternatives to the Golden Circle

The Golden Circle is the most popular day tour in Iceland, and therefore it is a very frequently travelled route. If you would like to avoid crowds, you might want to try a different tour. Next to a visit to the Blue Lagoon, the Reykjanes peninsula is often overlooked. The peninsula attracts less crowds, but has a lot to offer. You can easily fill a day with visits to Kleifarvatn lake, geothermal areas Krýsuvík and Gunnuhver, the bridge between two tectonic plates and a visit to Reykjanesviti lighthouse. 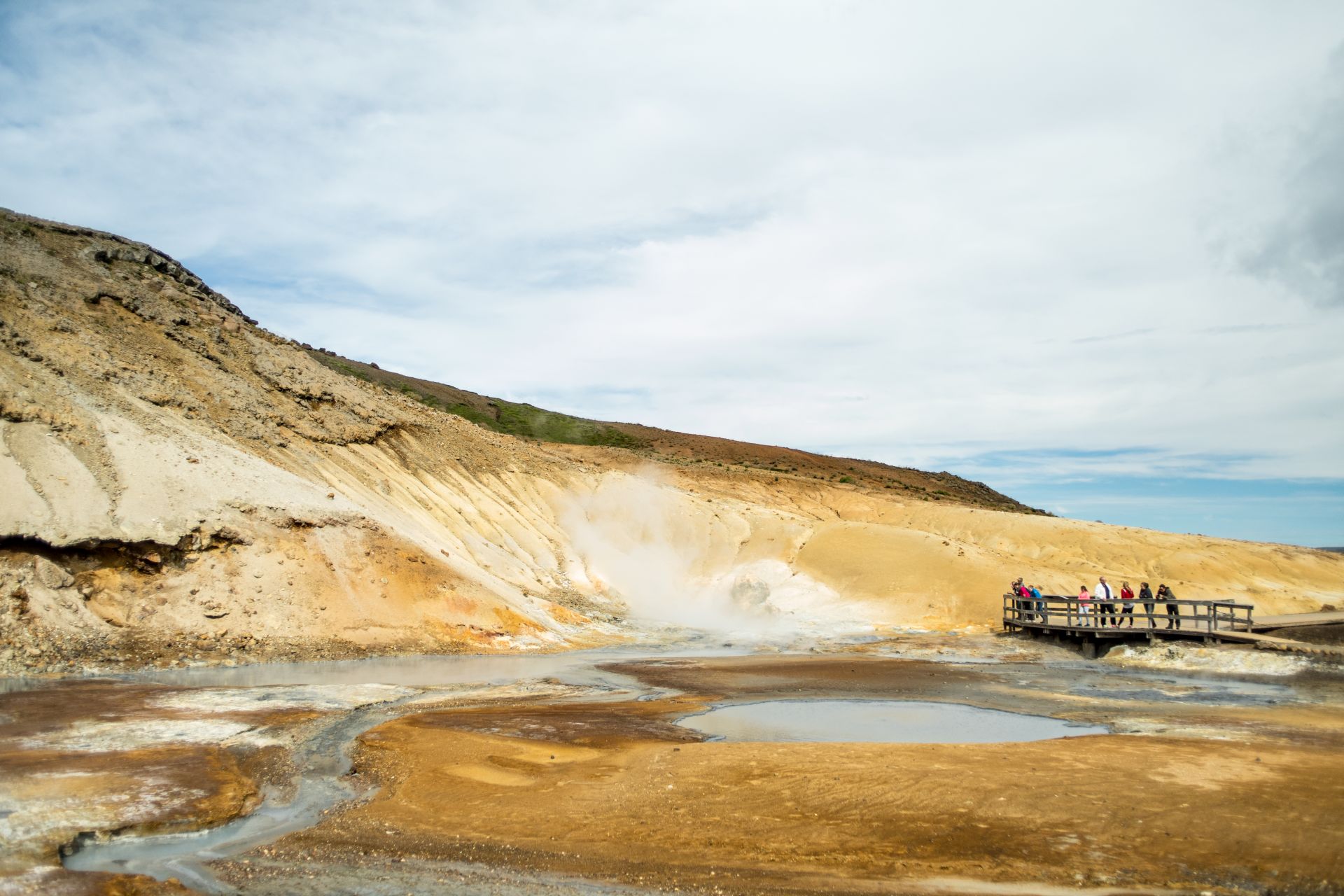 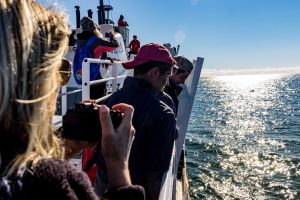 How to Spend Your Stopover in Iceland 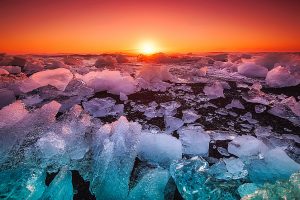 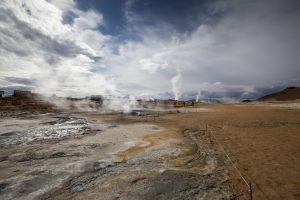