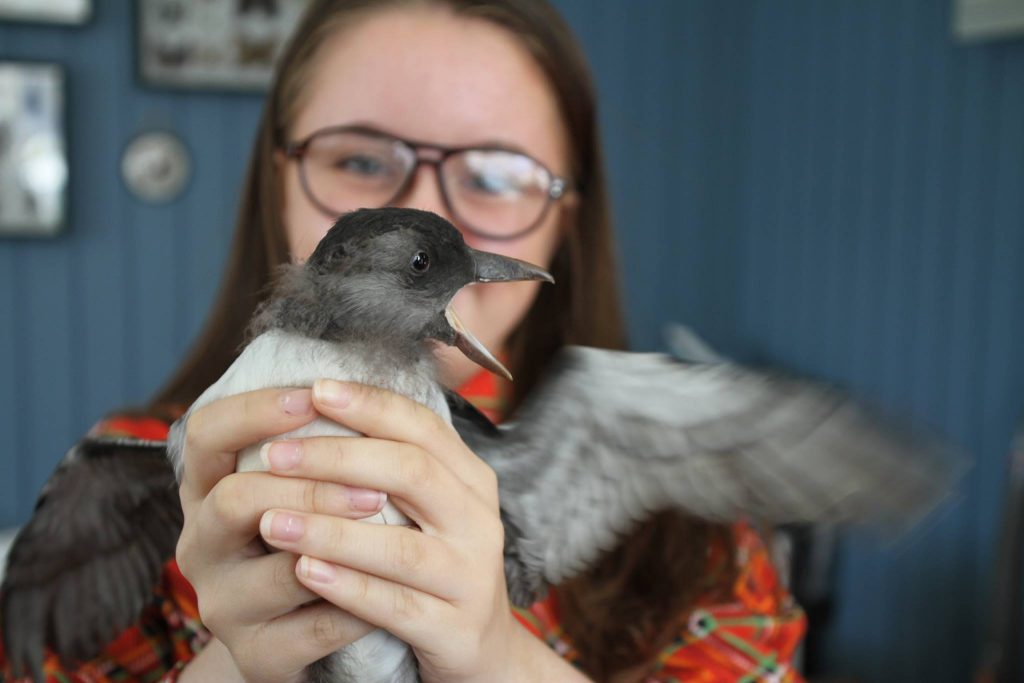 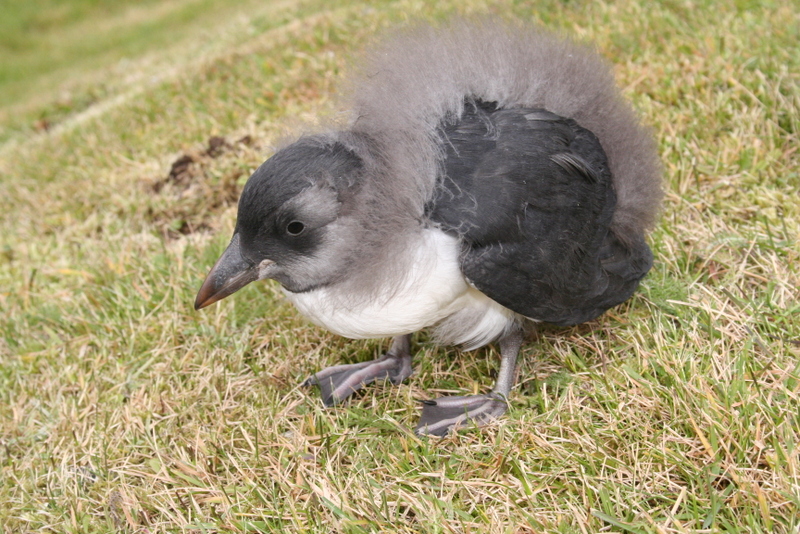 The Puffin is one of the best-known birds in Iceland, as stepping into any souvenir shop in Reykjavík will prove. This is because Iceland has the world’s largest puffin population (about 60% of the world population). Every year in late April or the beginning of May, the Atlantic Puffin comes to Iceland to breed. One of the best places to see them is in Vestmannaeyjar (Westman Islands), just outside of Iceland’s south coast, as they have the largest puffin colony of Europe. Every year there are approximately 1,1 million nests or four million individual birds. 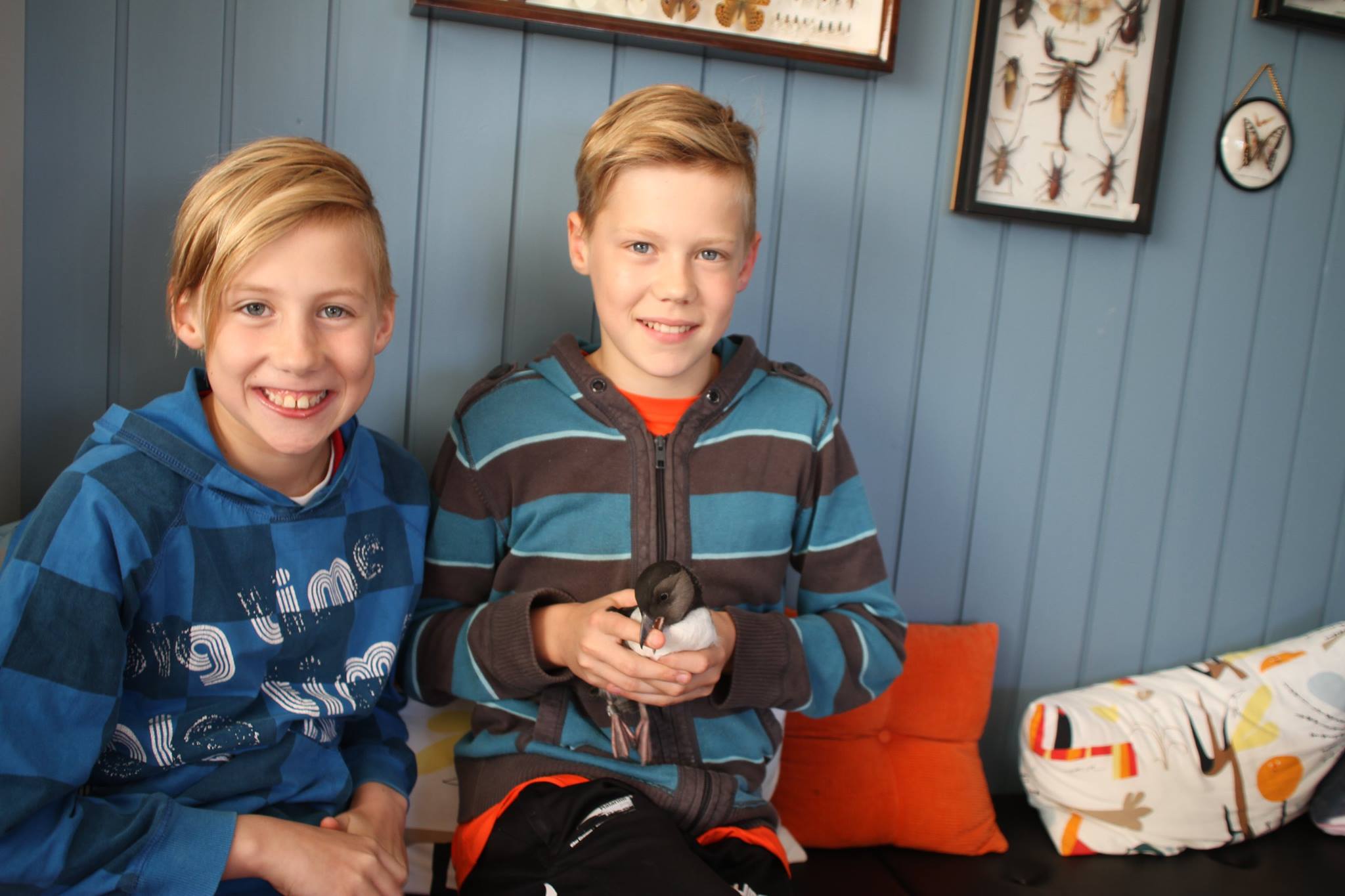 The local children of the Vestmannaeyjar islands have a charming tradition connected to the puffins. Every August and September, they come to the aid of lost adolescent puffins. In autumn, when it’s starting to get dark, the young puffins (or puffling) who’ve up until then been fed and cared for by their parents, start leaving their nests. The problem is, that instead of going to the sea like they are supposed to do, the lights from the village attract them and they flock into town, scared, landing on the streets, where the danger of cats or cars awaits them. While these puffin coming-of-age stories might at first glance seem similar to the ones you might hear at AA meetings, the pufflings are lucky, as the children of Vestmannaeyjar are more than willing to help. 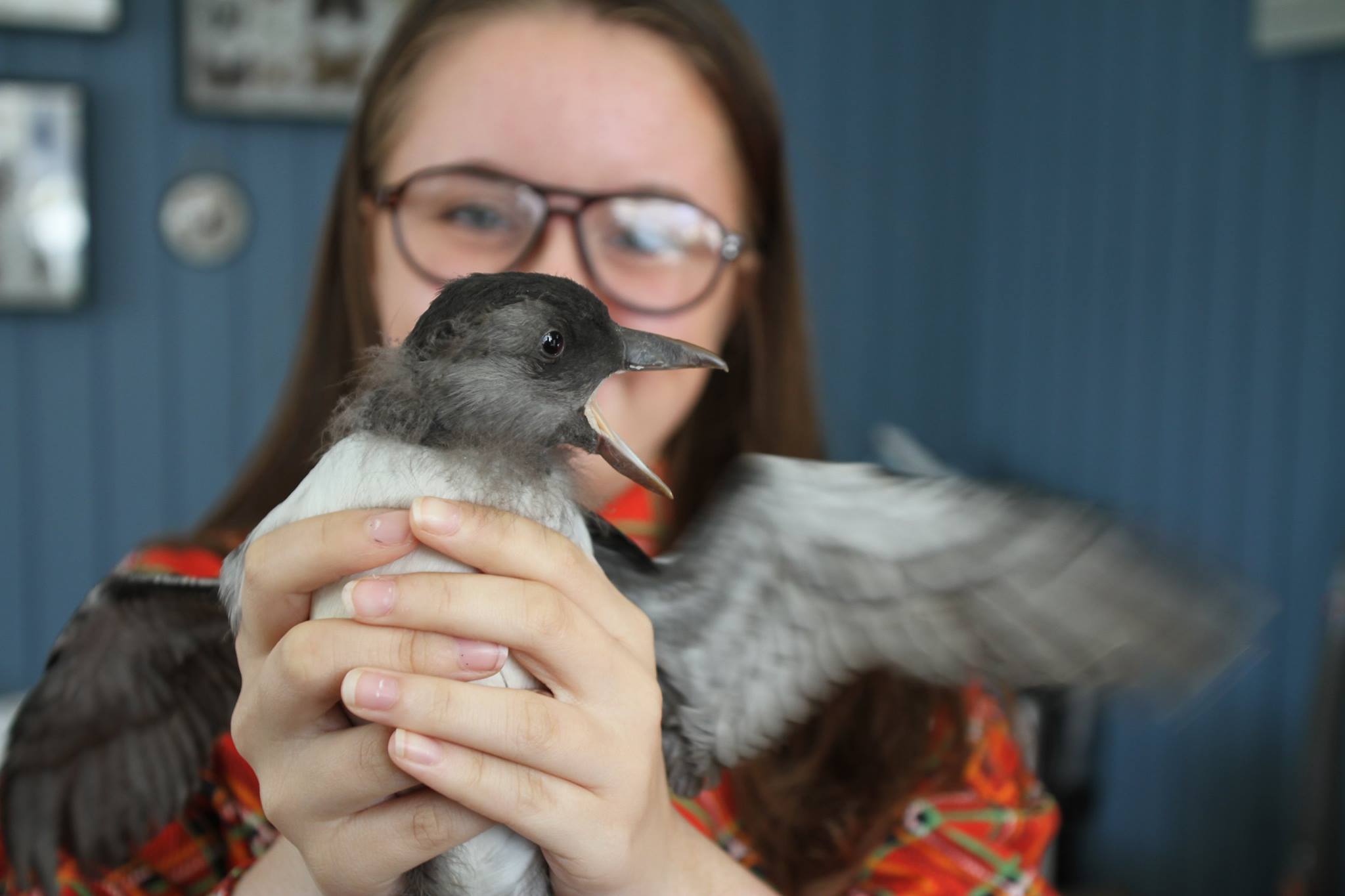 In the evening, they go around with cardboard boxes and collect the lost baby puffins. It’s not uncommon that each child collects 4 -10 puffins each. They sleep in their temporary homes in the boxes overnight, but early in the morning, it’s time to help the young puffins to get to the sea, their original destination. They take them to the beach and one by one, they throw them out to the sea and watch them fly away to freedom. The throw has to be quite strong, as the young birds still don’t have much power in their small wings. Then they will stay in the sea by the coast until they fly further away to spend the winter out on the open ocean.

This old tradition is not only vital for the adolescent puffins’ well-being, it’s also a fun and exciting time for the children of Vestmannaeyjar. It also fosters a sense of community, as parents and grandparents gather with the children to teach them the correct way to handle the pufflings. The last few years have brought an increased importance to the puffling rescues as the puffins dwindle in numbers, mostly due to too much hunting. 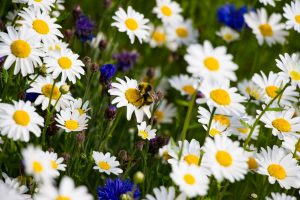