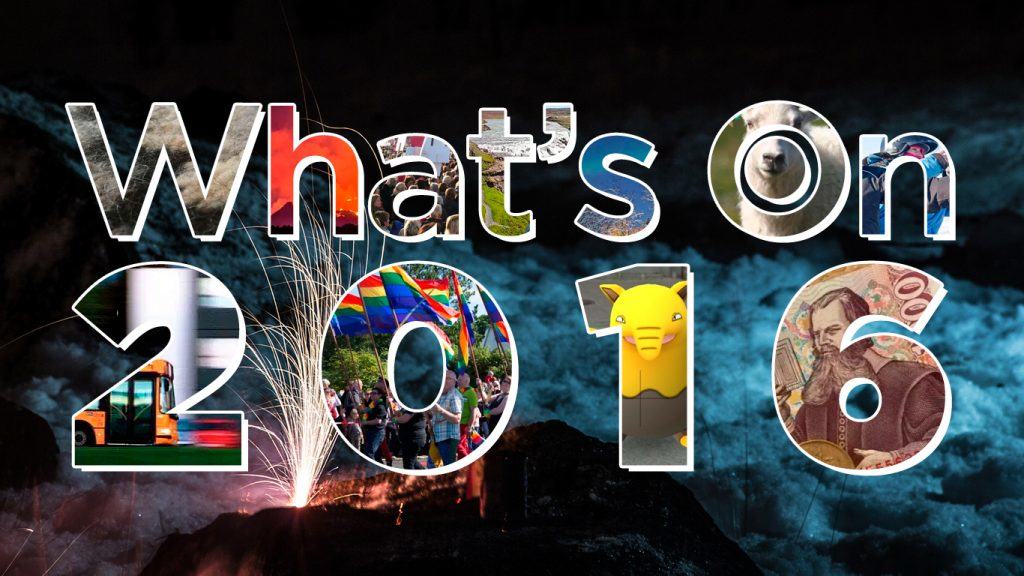 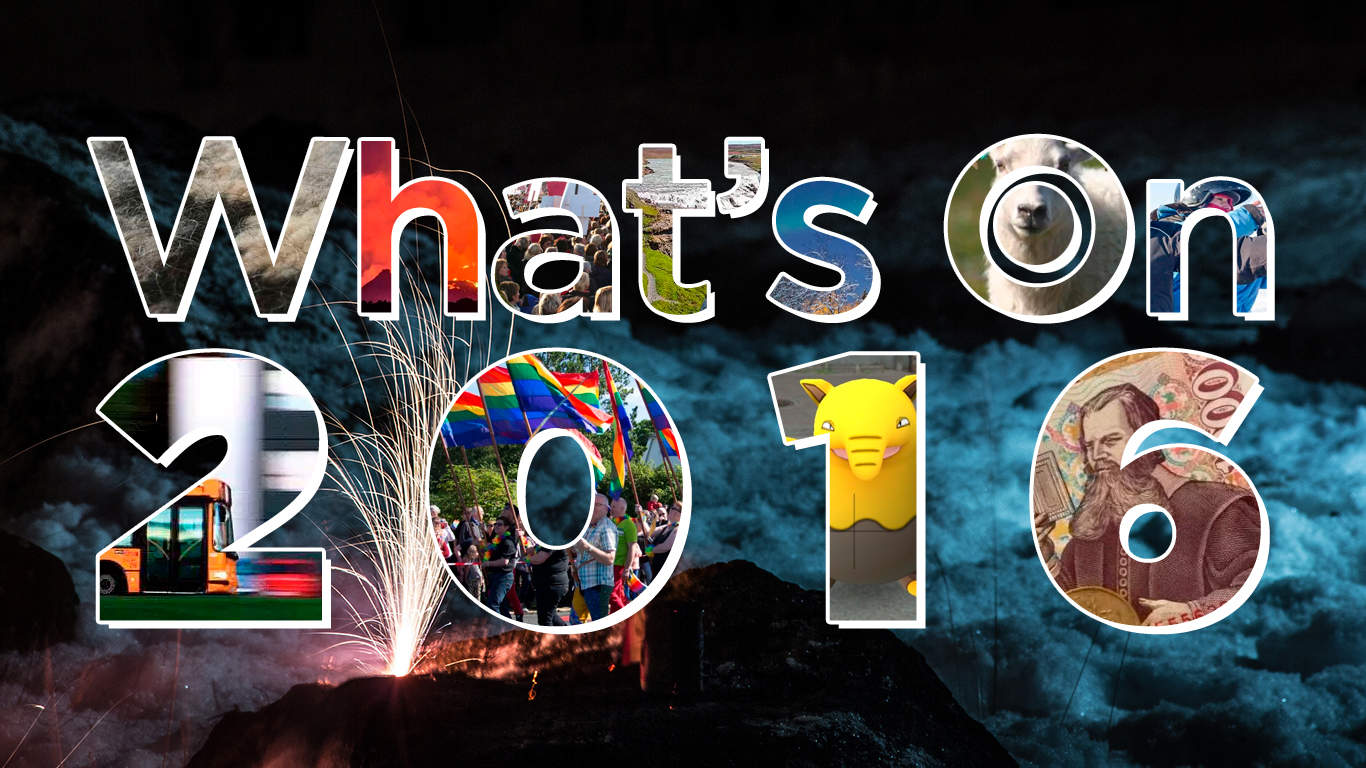 WELL. 2016 has been QUITE a year! Fidel Castro, David Bowie, Alan Rickman, and George Michael passed away, and Donald Trump was elected the president of the U.S.A. In Iceland, the national team made history by tying with Portugal and beating England at the Euros, the sitting government was overthrown amidst a scandal and as of this writing, they still haven’t been able to form a new one (the two events are not related, to our knowledge).

What’s On had a big year too, we opened up a new office at Laugavegur 5, made some videos and opened our new Swedish website.

We had a few surprising high-flyers, and some were more topical than others.

In July, Pokemon GO hit the world with a bang, and our article about catching Pokemon in Iceland was vastly popular. The streets of Reykjavík filled quickly with enthusiastic Pokemon catchers and grumpy old people were deprived of their favourite complaint; how computer games made children stay inside all the time.

Our guide to moving to Iceland after the US election got a lot of notice, apparently many Americans were considerating expatriating after the results were in.  Unfortunately, moving to Iceland for political protest is probably more hassle than it’s worth but if you do decide to come, know that we’re not unfriendly, we’re just very bad at small talk.

Surprisingly, one of our most popular articles this year was about Icelandic wool, which is apparently bigger than you (or at least ‘I’) would have thought. Icelandic wool is not only pretty, it’s also warm and light, making it ideal for sweaters.

We made an effort to add more practical travel material to our articles, in addition to covering all the major events and awesome tours, so if you’re looking for some practical information, such as What to Pack for a Trip to Iceland, we’ve got you covered.

There are plenty of things in Iceland that seem so self-evident to Icelanders that they don’t bother explaining it to foreign visitors. Parking in Reykjavík isn’t complicated but it helps to have a little idea of what to expect. The same goes for taking the bus!

Icelandic money tends to baffle some foreigners. Why are the coins so irregularly sized and why is there so much fish? We answer these questions and more in our Guide to the Icelandic Króna!

Finally, it only makes sense that you would want to know where you’re going in Iceland, so we’ve posted a few different self-drive guides, whether you feel like going south, west, or driving the Golden Circle!

We balanced out all that practicality with cultural coverage and articles about things that make Iceland what it is. The Icelandic Sagas are a great example. Iceland may not have a lot of palaces, impressive paintings, or hidden treasures, instead, our greatest treasure is the sagas and their immense historical and literary value.

Of course, what literally made Iceland what it is are the Volcanoes. You’re probably imagining a conical mountain emitting puffs of steam before lava starts running down its sides, but as you might imagine, things are a little more complicated than that.

Icelanders are fiercely proud of their language. Having almost lost it under the rule of the Danish kings, Icelandic is an important part of the national psyche! We gathered some useful (and some not so useful) words and phrases for you to memorise during your trip to Iceland.

Of course, a nation is more than just its history, and What’s On also covered some more current issues, such as events concerning women’s and LGBTQI rights. 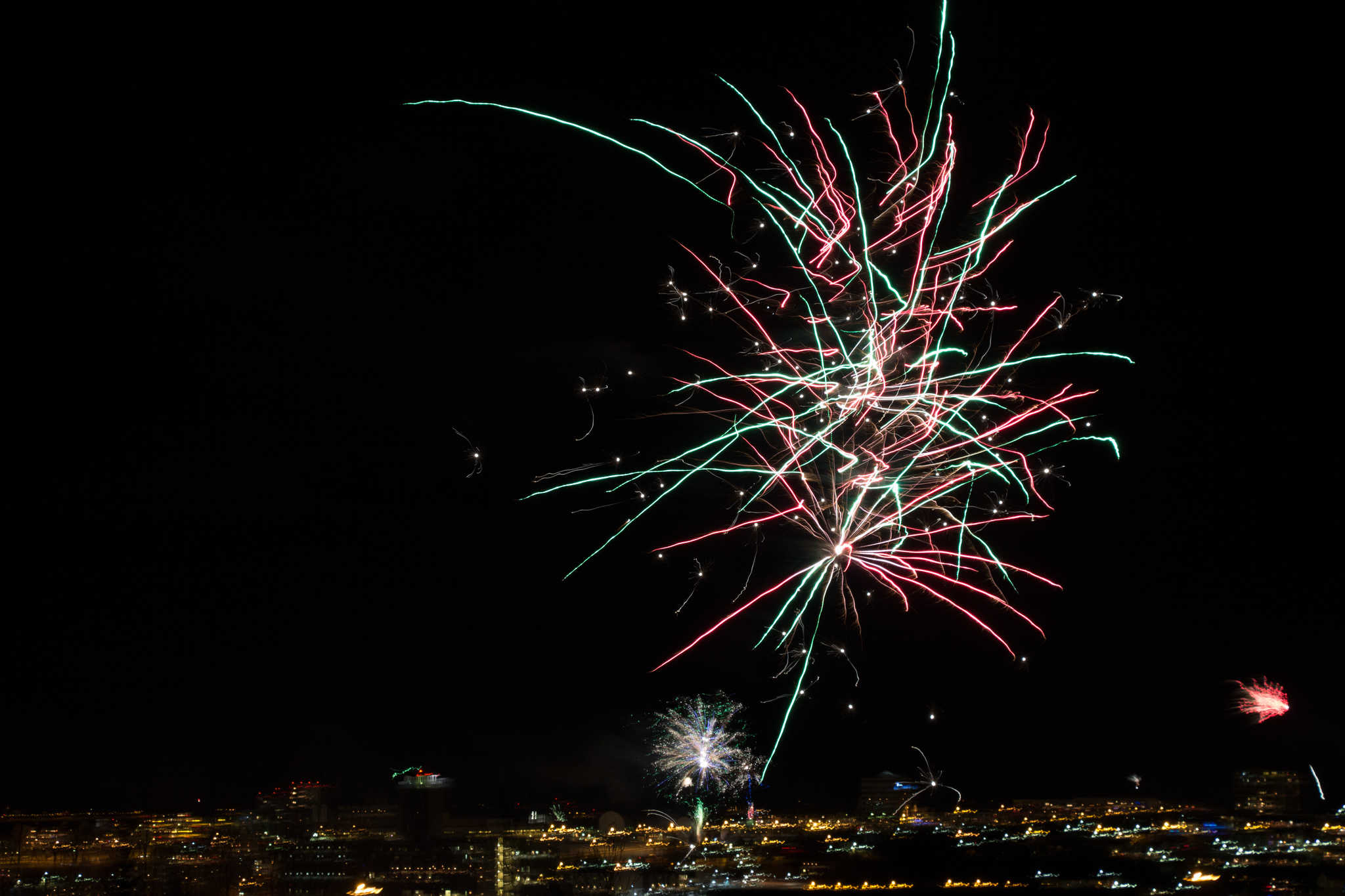 Thank you for showing an interest in what we do this year, for reading our website and print magazine, chatting with us and trusting us with your travel arrangements, or just dropping by the office to ask how to get to Hallgrímskirkja. We are all on this journey together and we’ve enjoyed it so far. We look forward to seeing where the future brings us and to going there together with you, our community of fellow-travellers.