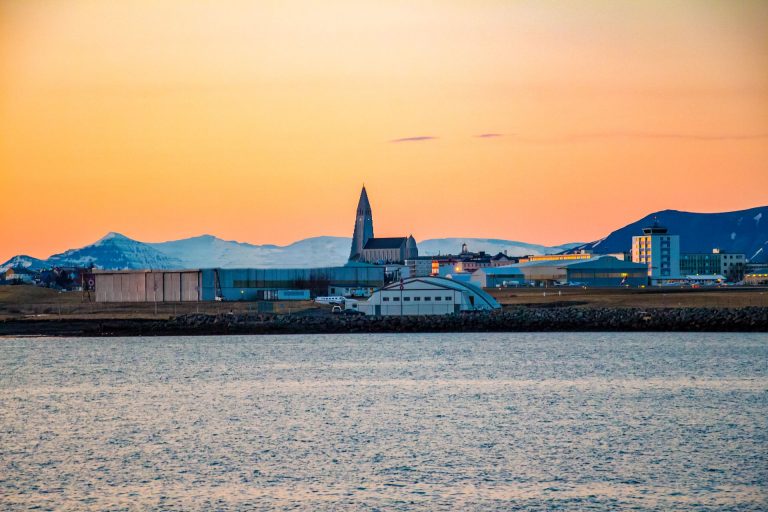 6 Beautiful Churches in Iceland You Just Have to Visit

Driving around Iceland, you quickly notice the many churches in the countryside. Religion in Iceland has been predominantly Christian since it was adopted as state religion under the influence of the King of Norway around 1000 AD. The Evangelical Lutheran Church of Iceland owns more than 350 churches in the country, and then there are the 50 churches that are owned by other Christian segregations.

Why are there so many churches in the countryside? In the olden days, there were no roads in Iceland, and harsh weather and deserted landscapes made most journeys challenging. People did not want to travel far in general, and that included going to church. Instead, they decided to build several small churches. Churches were not cheap to build, so having a church also added to a community’s prestige. In this article, we will tell you more about the churches around Iceland. 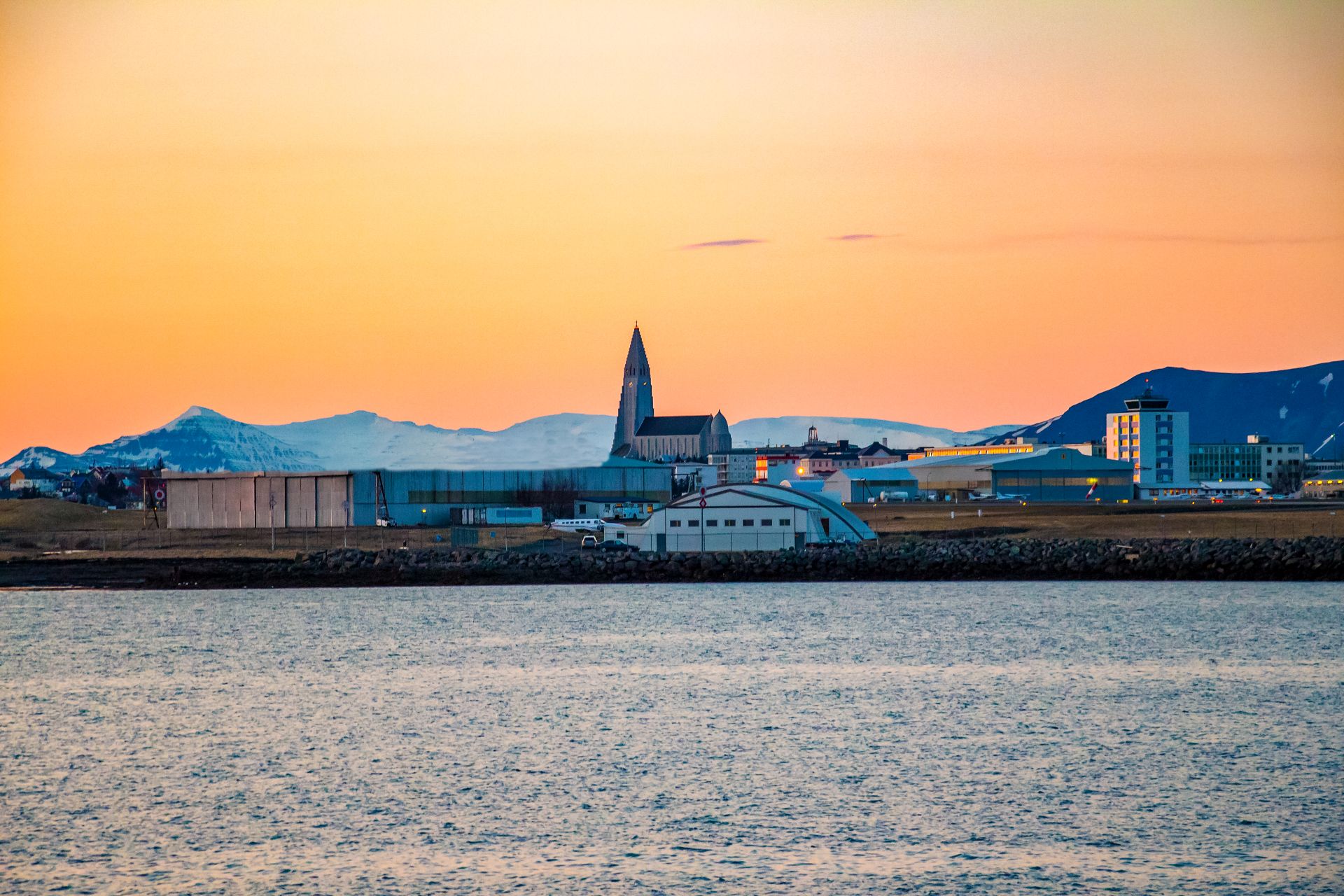 Hofskirkja is a small turf church located in Southeast Iceland. Building turf houses and turf churches was the main architectural style in Iceland from the age of settlement till the 20th century. These days, there are only six turf churches left. Hofskirkja is the youngest one, built in 1884. It has stone walls and the roof is made of stone covered with turf. The front is made from wood, following the style of later turf houses and churches. 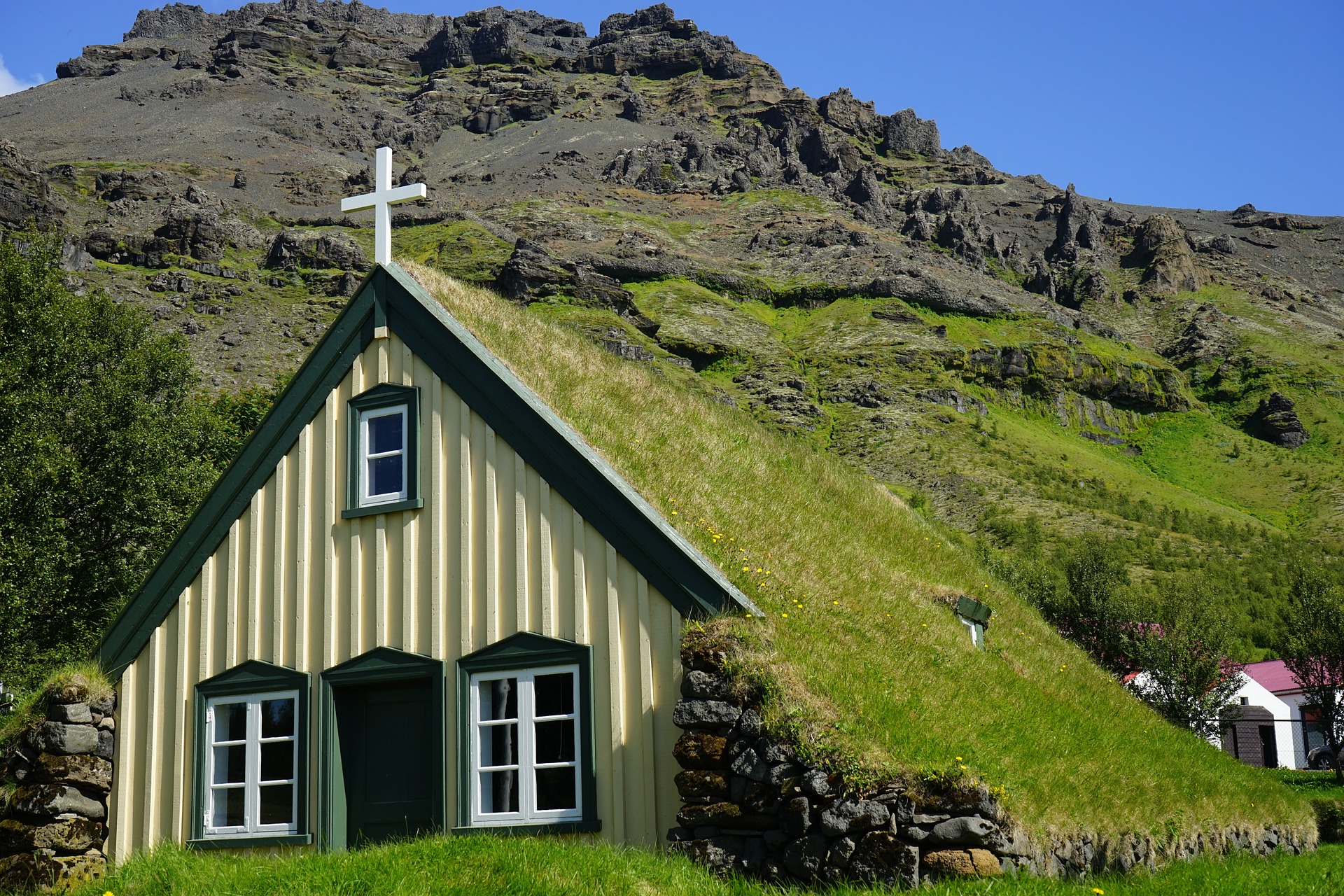 Hallgrímskirkja is Iceland’s biggest church, towering over downtown Reykjavík. The church, with its facade inspired by basalt columns found in Icelandic nature, is a popular landmark. It was designed by Iceland’s state architect, Guðjón Samúelsson, who also designed Landakot Roman Catholic Church, the building of the University of Iceland, and many more. The church is named after 17th-century poet and minister Hallgrímur Pétursson, who wrote Passion Hymns. Hallgrímskirkja is one of the most beautiful churches in Reykjavík. 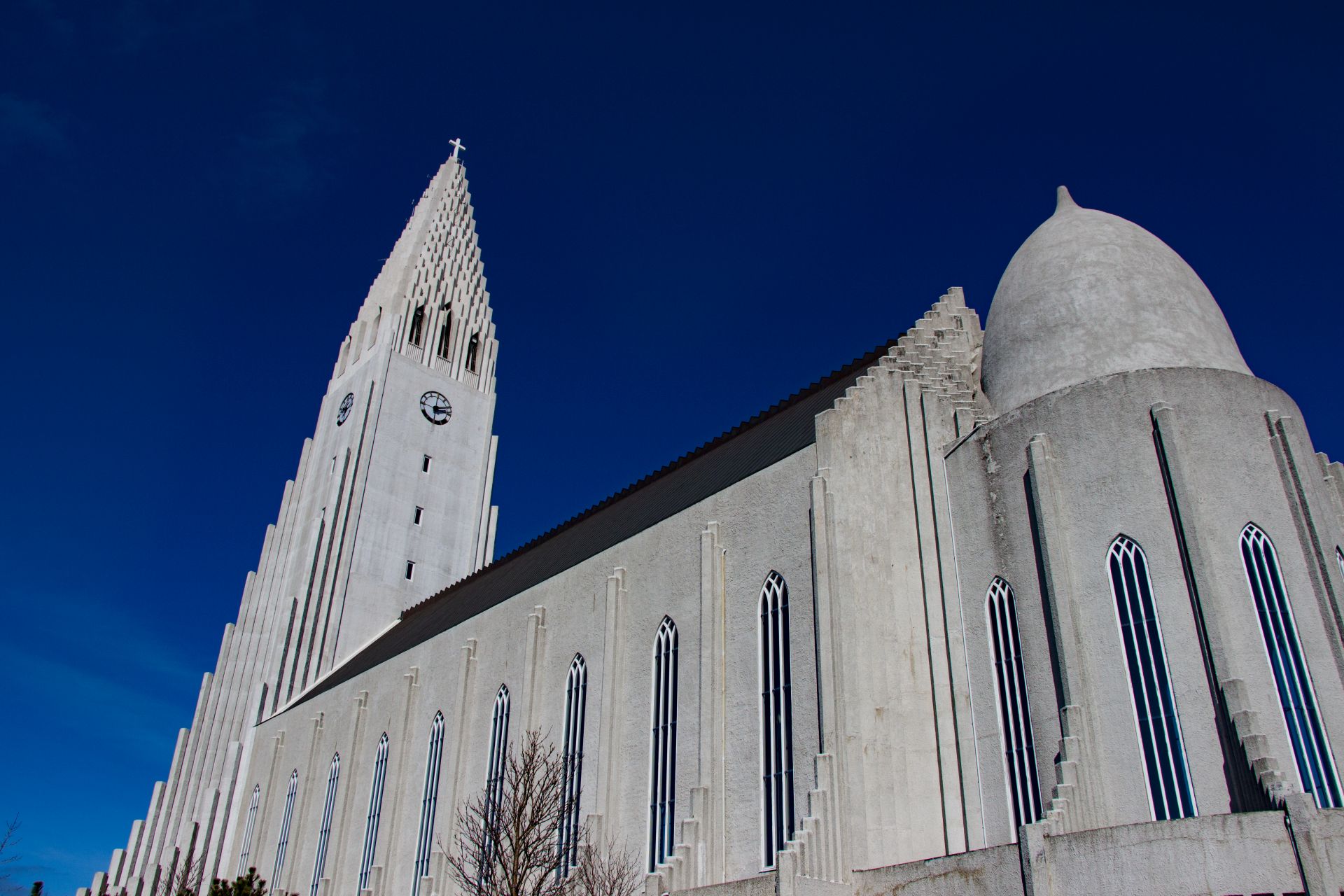 Akureyrarkirkja is the Lutheran church in Akureyri. Just like Hallgrímskirkja, it was designed by Guðjón Samúelsson. For a long time, it was believed to contain stained-glass windows taken from Coventry Cathedral from a set that was partly destroyed in one of the air raids on the city during World War II. In 2013, this theory was debunked in a documentary by BBC. Instead, the glass came from different churches in England. A theory is that the antiques dealer at the time told buyers the windows were originally from Coventry to be able to ask a higher price. 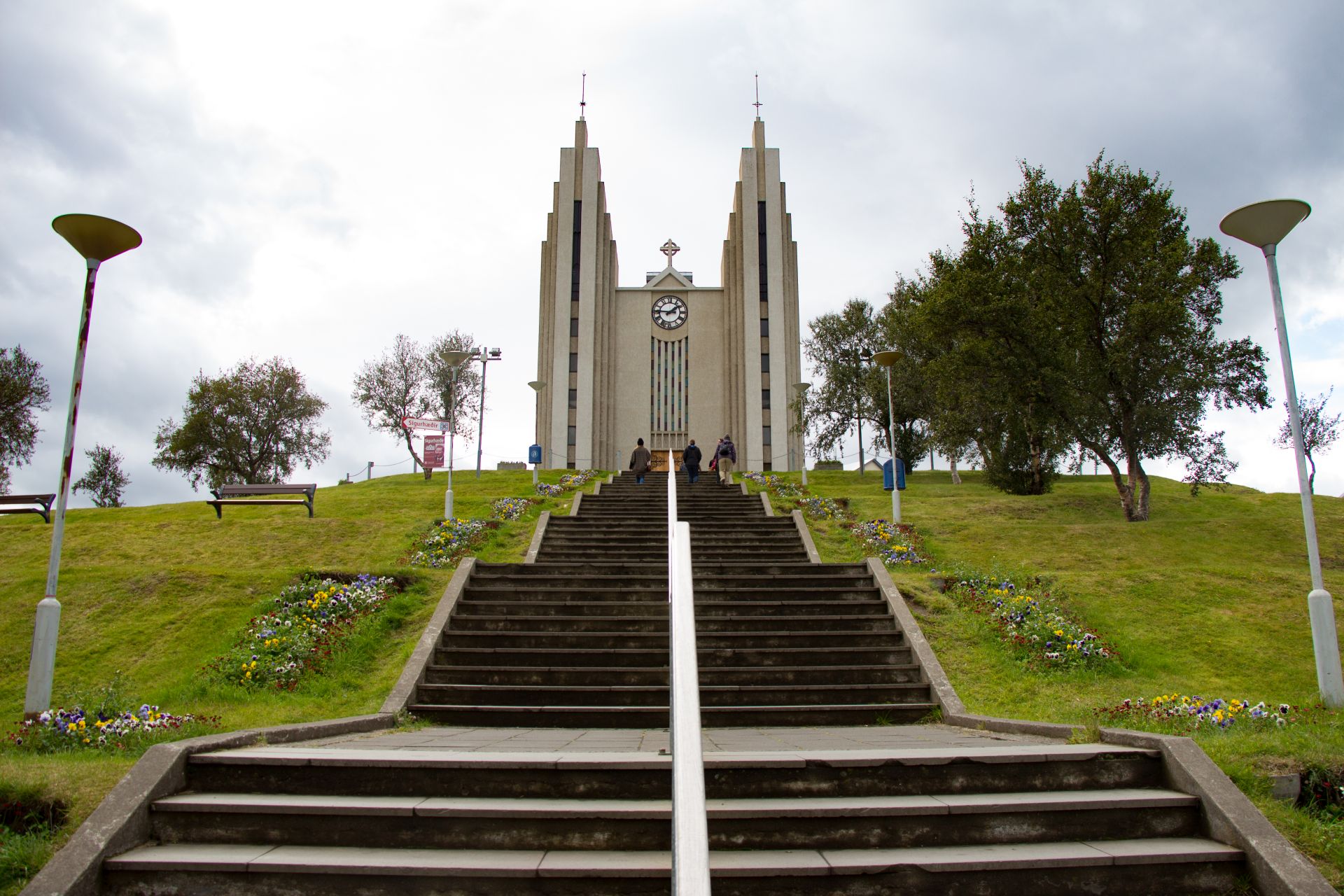 The church of Seyðisfjörður, a small town in East Iceland, is called Bláa kirkjan. The cute, light blue and white church dating from 1922 is featured in many tourist photos. It’s partly made from materials from an older church in the region. It’s preserved by the National Museum of Iceland since 2012. It is not only light blue and white on the outside, it has the same colours on the inside. It’s clad with corrugated iron and it has a timber panel. It hosts concerts each summer, as part of a concert series that started in 1998. 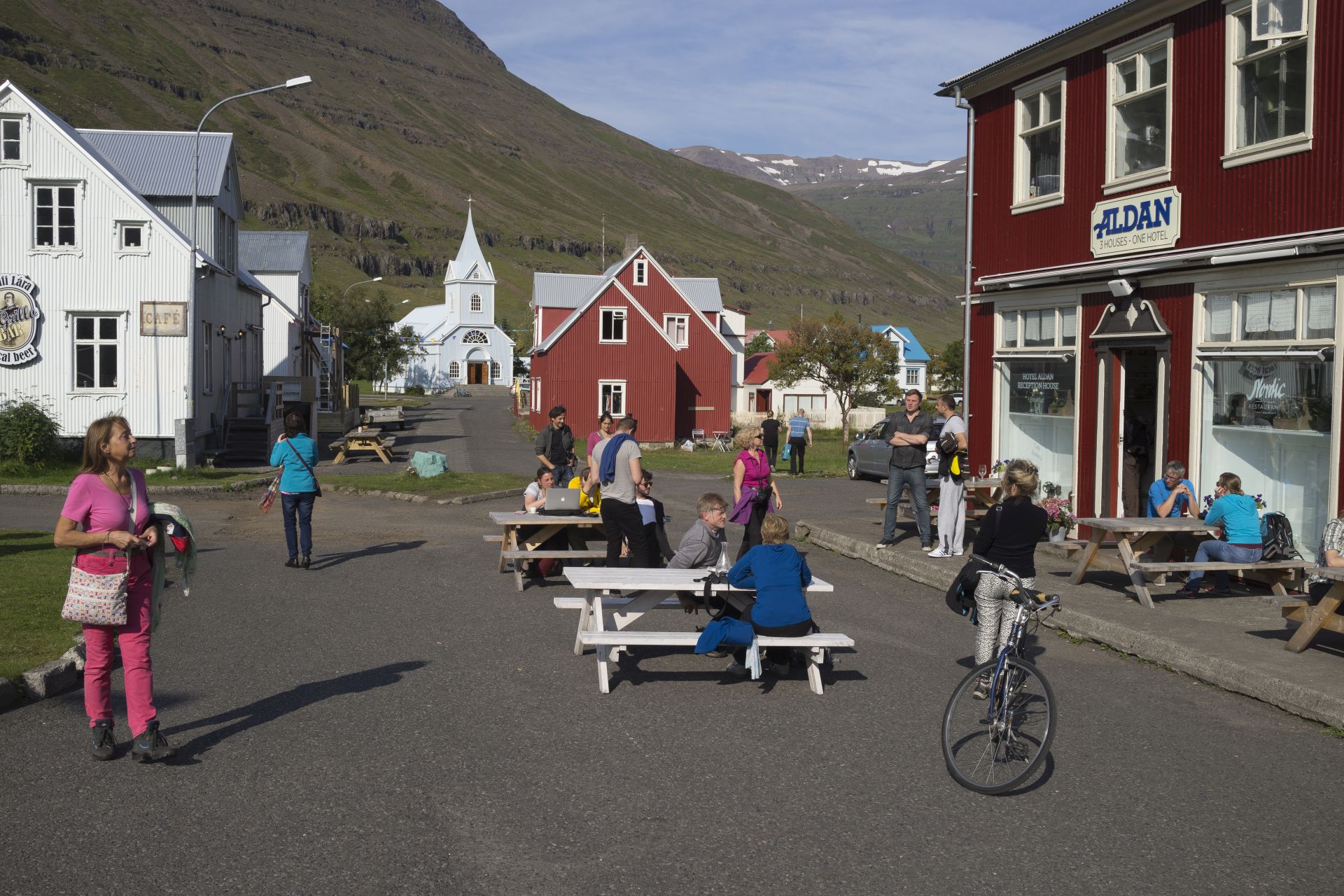 On the Westman Islands, you can find a beautiful wooden stave church. The church was built and consecrated in 2000 and was a gift to Iceland from Norway to celebrate that Iceland had converted to Christianity 1000 years ago. It contains a replica of the Norwegian medieval altarpiece of Saint Olav. The church itself is a replica of the Norwegian Haltdalen stave church, which was built around 1170. 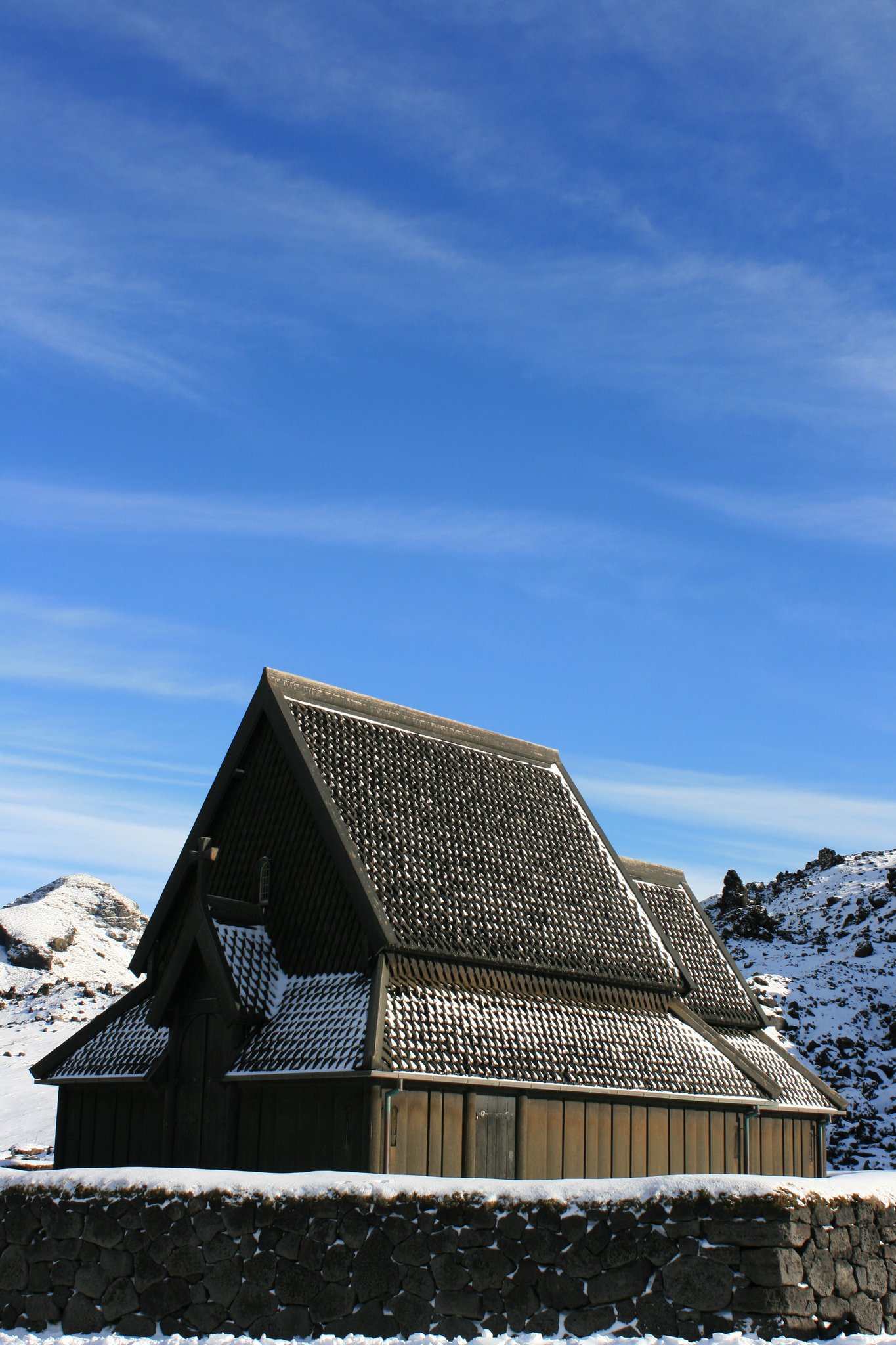 Búðakirkja is a small, black church located on the south coast of Snæfellsnes peninsula. It’s located in the middle of nowhere, with only one hotel in its vicinity. In 1703, there was a church built on the same location, but it had to be deconstructed because there were not enough churchgoers in the area. The current church was built in 1987, and it has relics from the old church, like a bell and chalice. 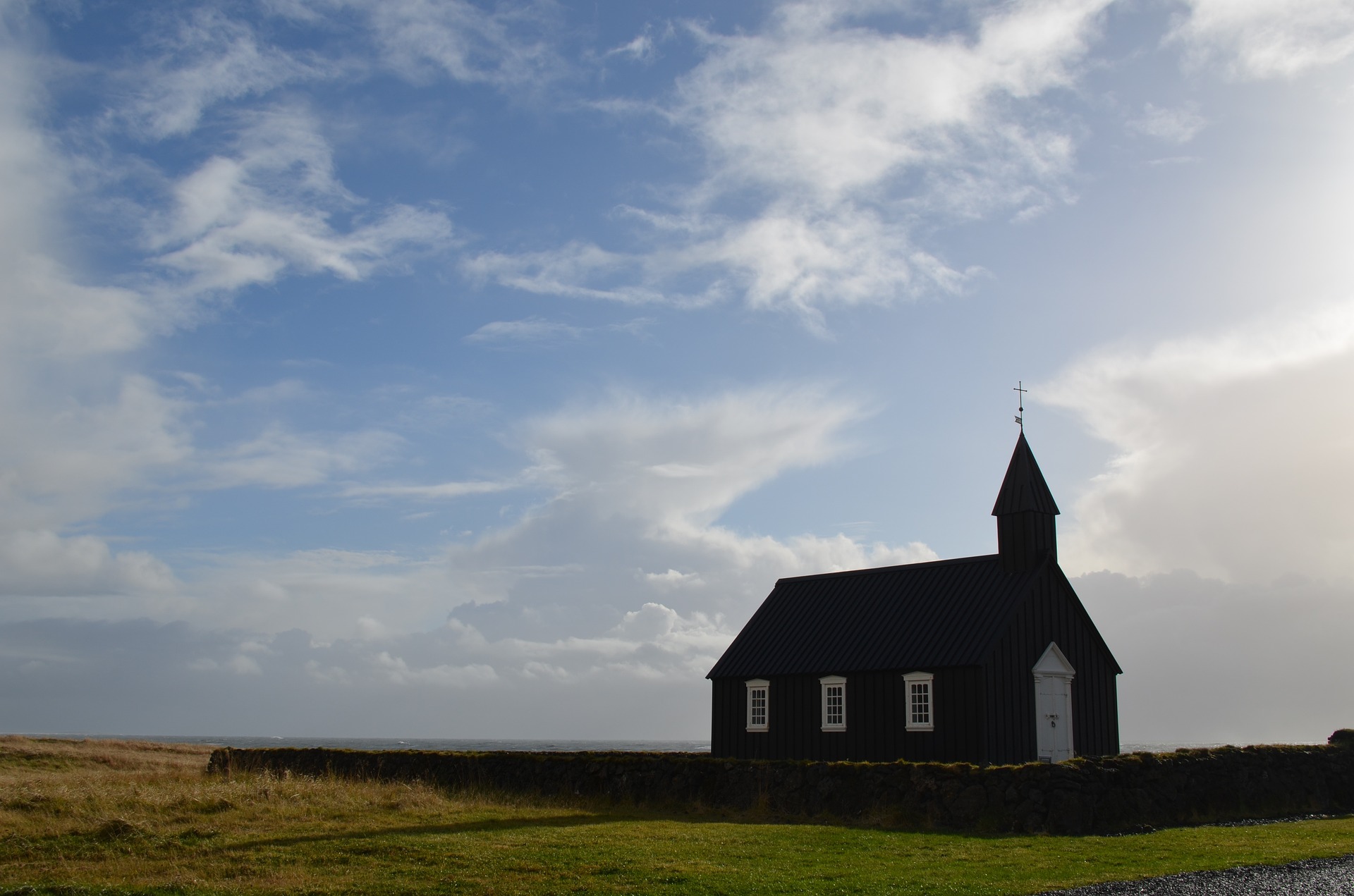