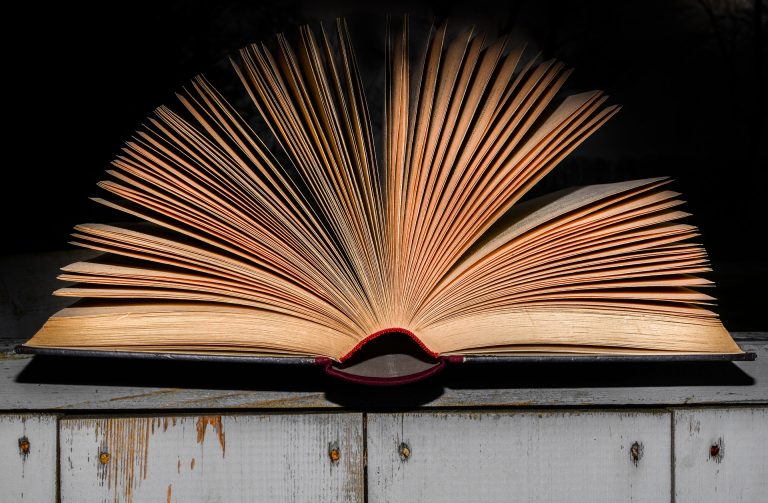 In Iceland, one in ten people will publish a book during their lifetime. Even though Iceland has a small population, there is an active writers’ community, and more books are published per capita than anywhere else in the world. Crime novel and Nordic fantasy sales are booming. Iceland’s vast landscape and harsh weather have probably contributed to the rich history of storytelling. Let’s dive into some contemporary Icelandic novels.

Hotel Silence is the fifth novel by author Auður Ava Ólafsdóttir. It tells the story of protagonist Jónas. Jónas is deeply unhappy with both his professional as his personal life. His wife left him, and before she did, she told him that their daughter is not his biological child. Also, his mother’s health is deteriorating, and it pains him to see dementia take over her life.

Not knowing how to change things for the better, he decides to buy a one-way ticket to an unnamed war-ravaged country to end his life. After arrival, he checks into Hotel Silence. Unexpectedly, he starts to feel in control again. There are many things that demand his attention – the hotel needs work and the staff and guests of the hotel need help. After a while, Jónas has to decide if he really wants to leave his old life behind, or if he wants to give it a second chance. Hotel Silence won the Icelandic Literature Prize in 2016. 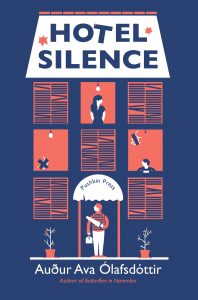 Woman at 1,000 Degrees by Hallgrímur Helgason

Woman at 1,000 Degrees is written by author Hallgrímur Helgason, who also wrote the novels 101 Reykjavík (which has a movie adaption) and The Hitman’s Guide to Housecleaning, among others. The story is inspired by true events, following a coincidental telephone conversation Helgason had with a woman called Brynhildur Georgía Björnsson in 2006.

The main character in the book, Herra, is based on Brynhildur’s biography (published in 1983), but the story is classified as fiction. The novel tells the story of an old woman who has booked her own cremation appointment (she will be burned at 1,000 degrees). Her father was one of the few Icelanders who fought alongside the Nazis in World War II, and she happened to be the granddaughter of the first president of Iceland, Mr. Sveinn Björnsson.

Following her life, the reader is taken past major events of the 20th century, filled with wars and many losses. She survived, but the question is raised if surviving is really better than dying in a war. It has been published in 14 languages and was a nominee for the Nordic Council Literature Prize in 2013. 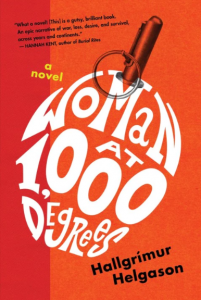 Fish Have No Feet by Jón Kalman Stefánsson

Author Jón Kalman Stefánsson has published 12 novels in total. Fish Have No Feet is published in 2013 and translated into English in 2016. The story’s protagonist is Ari, a writer and publisher, who returns home to Keflavík after living in Copenhagen for two years when his father is dying. Back in his hometown, memories of his youth fill his mind – of listening to Pink Floyd and the Beatles, of befriending American soldiers, and of his first dates.

In his youth, Keflavik’s livelihood depended entirely on the U.S. military base, and the presence of the American military has shaped Icelandic culture ever since World War II. Fish Have No Feet tells an intimate family story, and at the same time shows how Iceland is changed by outside influences. The novel was listed on the Man Booker International Prize longlist in 2017. 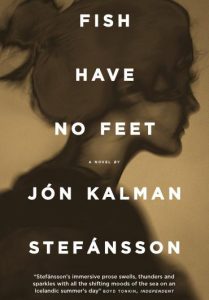 Drápa – A Reykjavik Murder Mystery is a novel based on a real murder case that author Gerður Kristný encountered while she was working as a journalist of a young woman who was lost and finally murdered in downtown Reykjavík. By telling the story of this murdered woman, the novel is about all women’s deaths.

Women being disregarded by society and abused by the people closest to them is a general theme throughout the book. The story is told by using a type of verse called drápa, a form of skaldic poetry. Drápa also means killing or slaying in Icelandic, giving the title of the book a double entendre. This is Viking poetry pur sang. 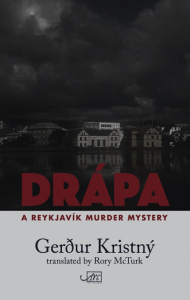 Author Lilja Sigurðardóttir is a promising crime writer who has published four crime novels and Snare has been a worldwide bestseller. Snare tells the story of a divorced young mother named Sonia, who is struggling to provide for herself and keep custody of her son. Seeing no other options, she starts smuggling cocaine into Iceland and quickly gets into trouble in the dark criminal underworld.

But Bragi, an experienced customs officer, is her biggest enemy, as to not get caught, she has to find more and more dangerous ways to smuggle drugs. Her love affair with a prosecuted banker, Agla, in the aftermath of the financial crash, does not simplify the situation. The fast-paced plot and intriguing characters make this a refreshing crime thriller. The film rights have been bought by Palomar Pictures in California. 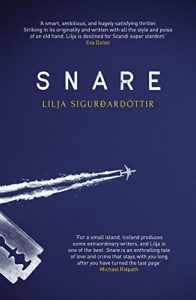