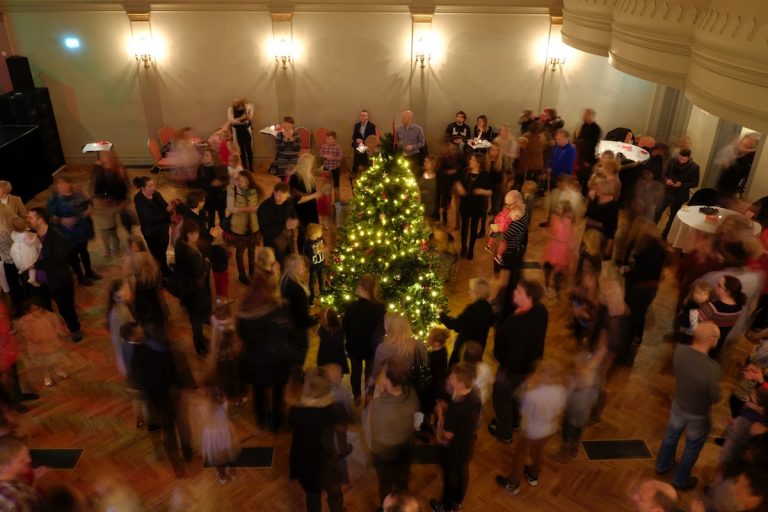 Counting Down to Christmas – The What’s On Informational Advent Calendar

While Christmas in Iceland, like in so many other countries, is mainly about the joys of consumerism, with a healthy smattering of peace, love, and understanding, we have a few traditions that are uniquely Icelandic. Take a look at our 24 nuggets of wisdom about Icelandic Christmas, one for each day counting down to Christmas.

The Advent is the period from the fourth Sunday before Christmas until Christmas eve. This is the official Christmas preparation period, although it has stretched somewhat in the past few years, with some people firing up their Christmas lights closer to early November. Many people decorate their homes with an advent wreath with four candles, one for every Sunday of the advent. 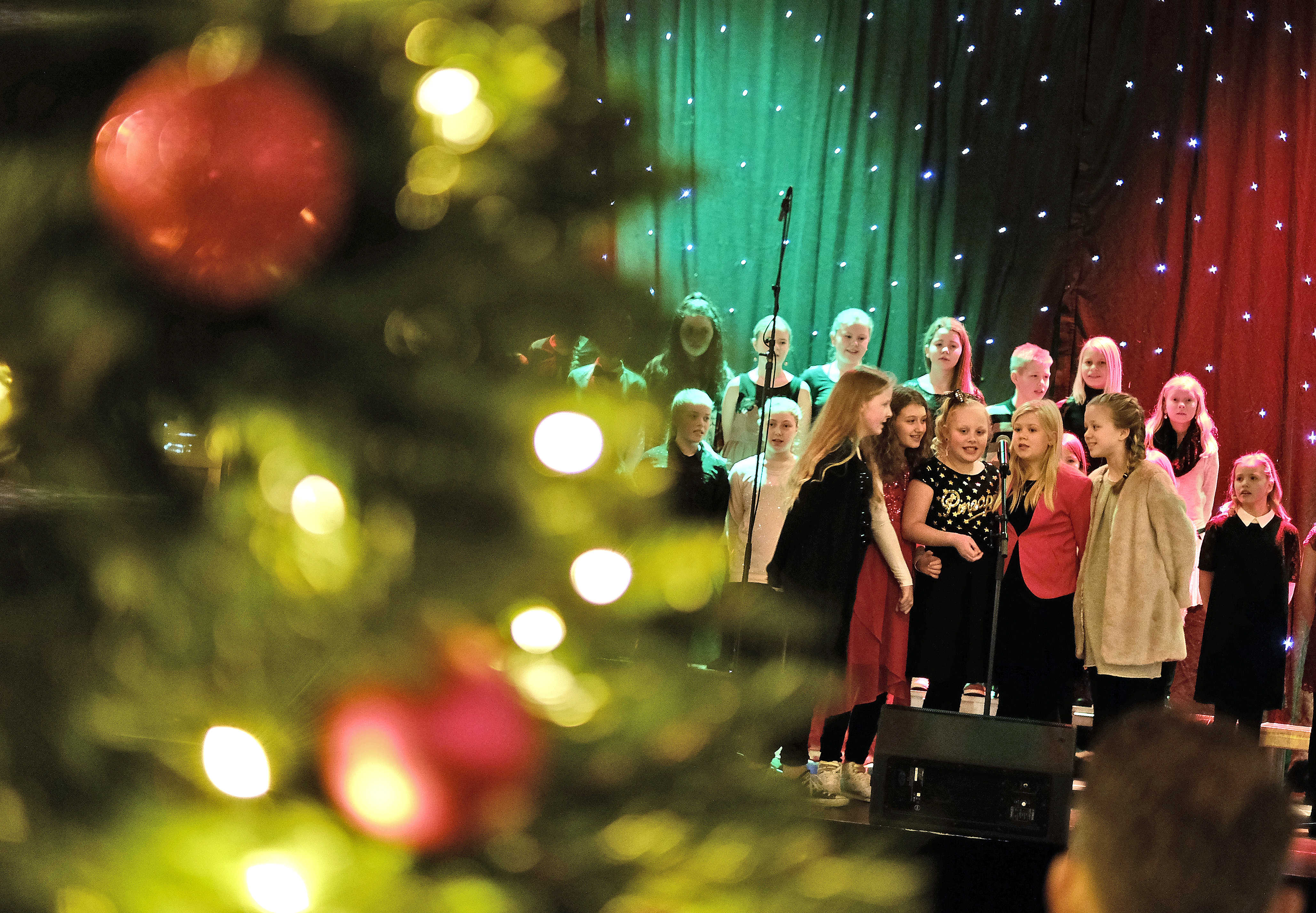 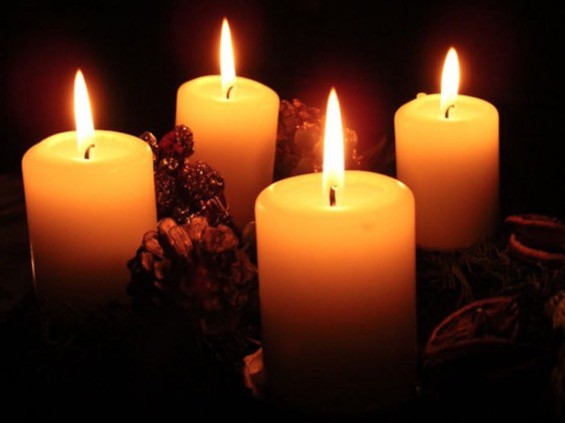 You could easily mistake the advent light for a Jewish tradition, but the advent light, an electric candelabra with seven candles, actually originated in Sweden, from the Christian tradition of the Advent Wreath. Despite their ubiquity here in Iceland, they’re a rather recent addition to Icelandic Christmas traditions.

Their origin story is simple: In the seventies, an Icelandic businessman saw some in Scandinavia, thought they looked cool and brought one home. Then all his friends wanted one, and thus, an Icelandic Christmas tradition was born.

Most towns in Iceland have at least one official Christmas tree. The trees are usually lit on the first Sunday of the advent (the fourth Sunday before Christmas) with a small ceremony with visits from the yule lads and other entertainment for the kids. The Reykjavík Christmas tree stands on Austurvöllur, the square in front of the parliament building.

For a long time, we got the Christmas tree from Oslo as a sign of the friendship between the cities, but a couple of years ago, city officials on both sides of the Atlantic decided it would be better to display this affection in a more environmentally friendly way than shipping huge pine trees across the ocean. Since then the Christmas tree has been Icelandic through and through, cut down by the mayor himself in Heiðmörk forest, just outside the city limits. 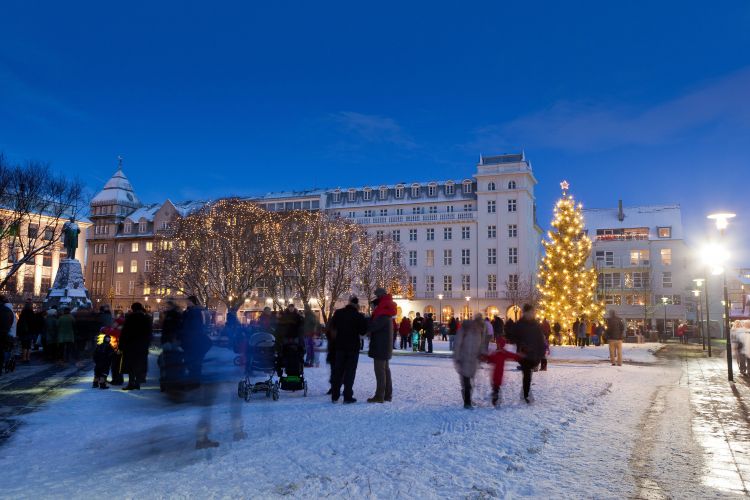 These crisp, wafer-thin cakes, made mostly of flour and butter, are a labour-intensive production as each one is carefully rolled out and carved with delicate decorations before it is deep-fried until golden. Families usually gather for a whole day of cutting and decorating the cakes, which are then served with butter during Christmas feasts and New Years’ dinners. It’s delicious!

An extraordinary amount of books are published in Iceland each year, considering the size of the nation. The Christmas season is the most important period in publishing in Iceland because books are a particularly popular Christmas gift. The majority of books are sold in December and for a few weeks around Christmas, every Icelander is a literary critic! 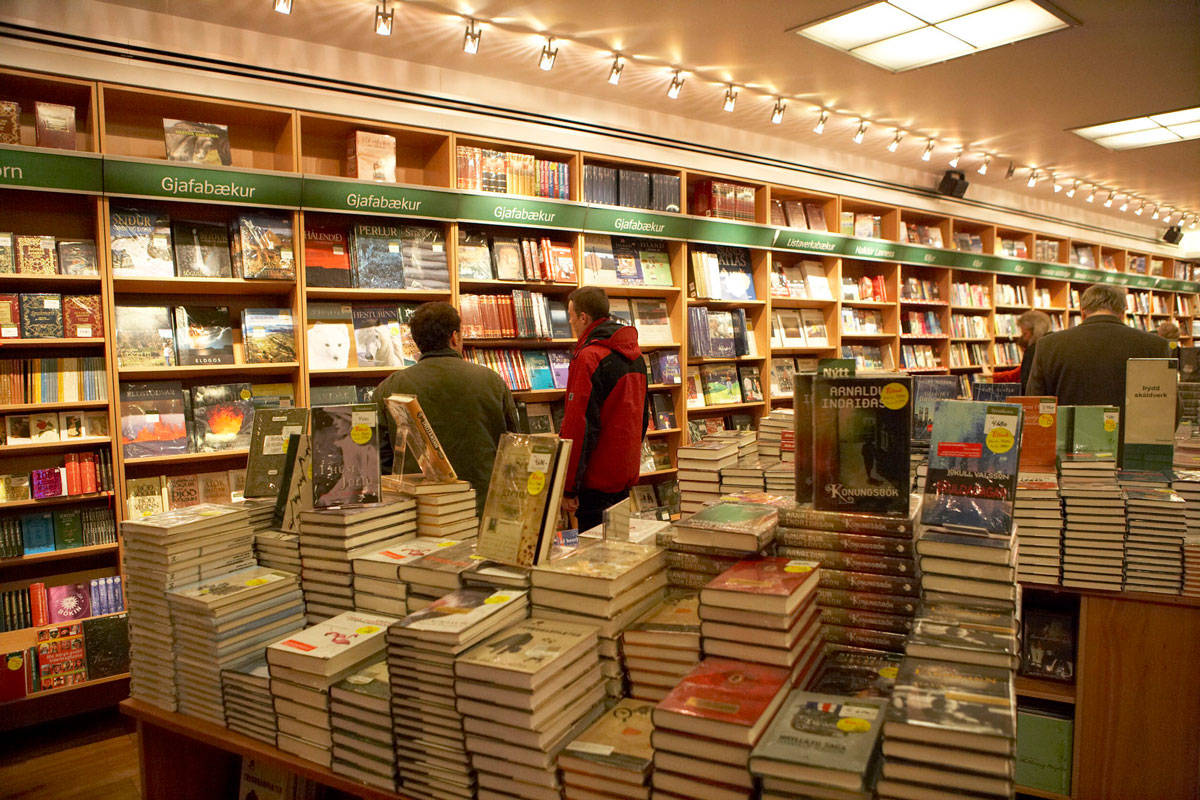 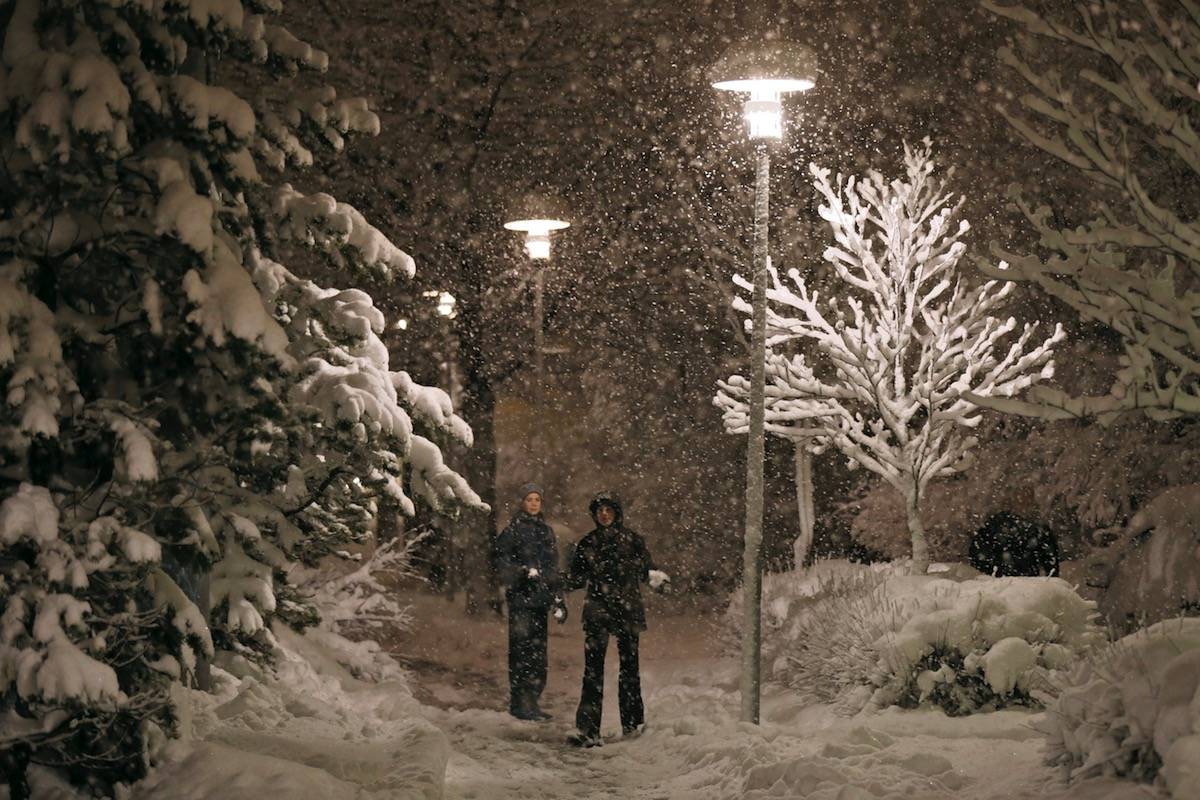 Christmas coincides with the winter solstice, the darkest time of year. This affects Iceland and other places around and above the arctic circle more than others; Iceland only gets around four hours of sunlight per day! Christmas is a festival of light, people take decorating their houses with Christmas lights seriously and the excitement for longer days and the return of summer is palpable.

As I said, Christmas in Iceland is a celebration of lights. It’s the darkest time of the year, so what better way to celebrate than to decorate your house with way too many Christmas lights? Extra points if they blink or change colours! 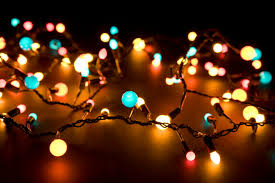 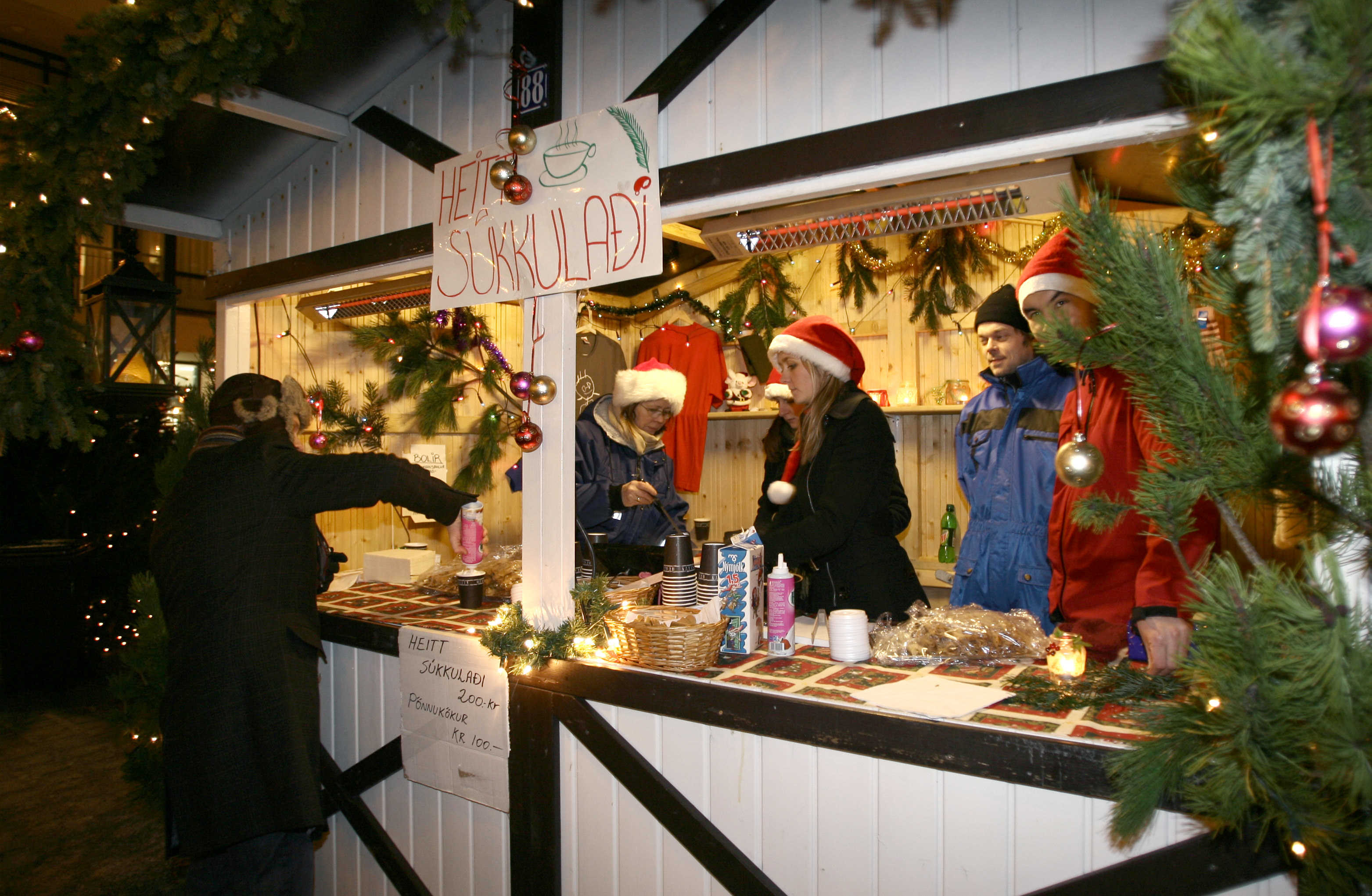 Christmas markets are a relatively new phenomenon in Iceland’s Christmas habits but they’ve taken to it like ducks to water. There’s one in the city centre, complete with a skating rink! It’s the perfect place to spend the day but if you’re in town on a weekend, the one in Hafnarfjörður is very worth the visit as well.

Eating Christmas food is the best, so why limit yourself to just Christmas dinner? Most restaurants in Iceland offer special Christmas buffet menus that are popular with families, groups of friends and office Christmas parties. Expect herring, smoked lamb, smoked pork and turkey, with a range of sauces, sides and desserts you’ll be dreaming about for years! 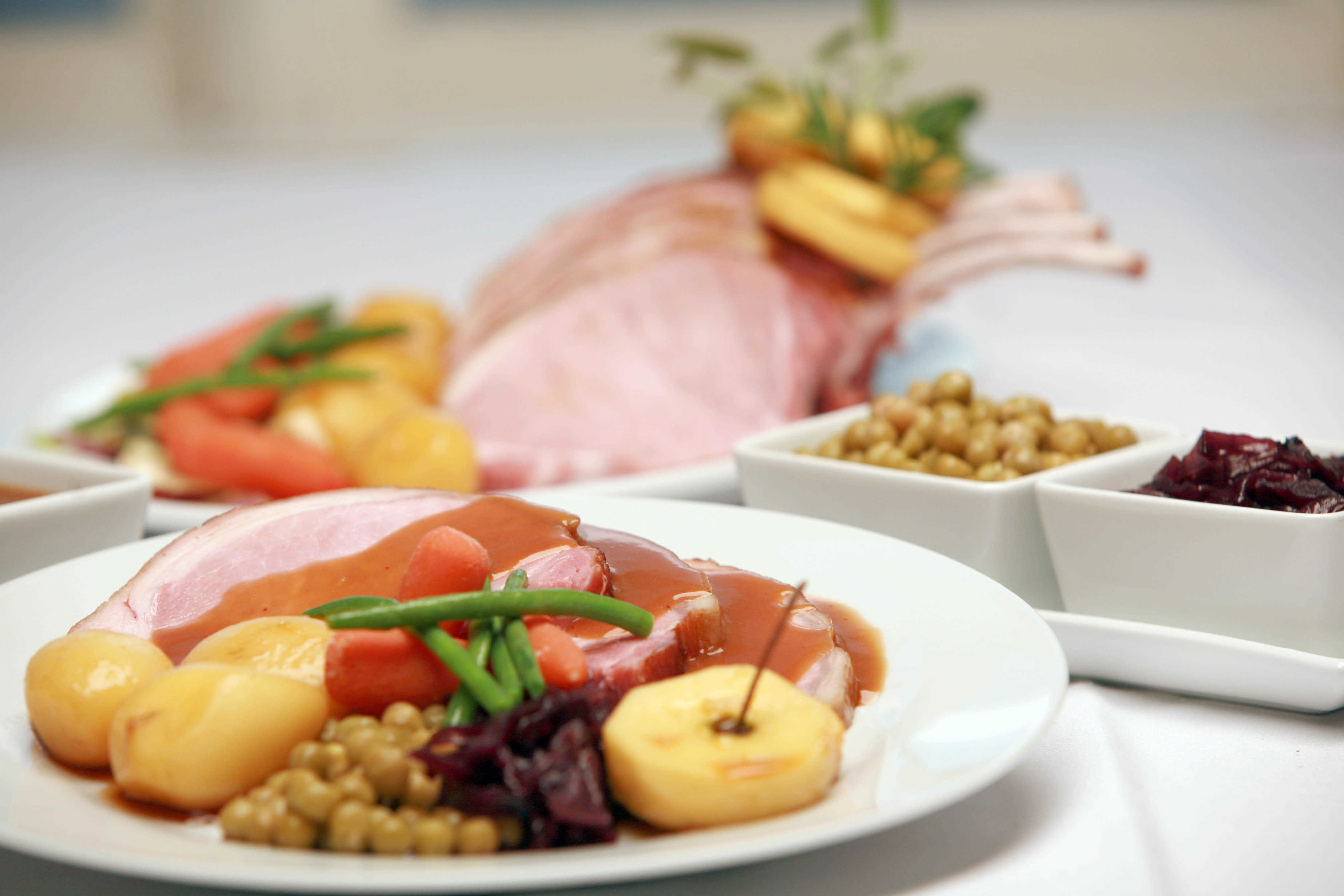 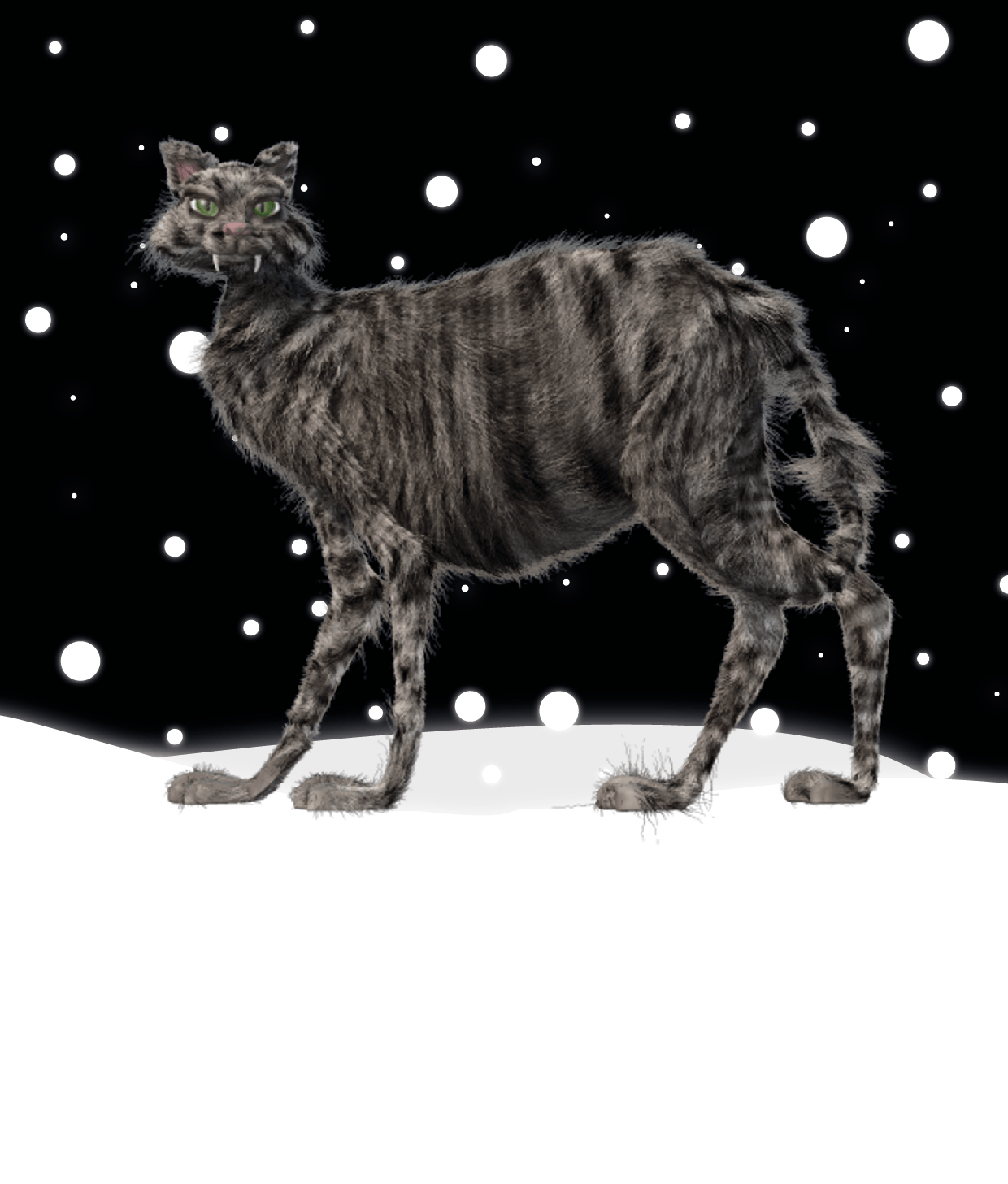 I said this before but it bears repeating: Eating Christmas food is the best! Christmas cookies have a special place in the ranks of Christmas food, mostly because of how much they mattered to a homemaker’s reputation. Making several different types of cookies, all while keeping the house immaculately clean, earned you major bragging rights. For the most part, we’ve abandoned this archaic method of pitting women against each other based on their homemaking skills, so you can feel safe getting your cookies from a bakery or a supermarket this year! 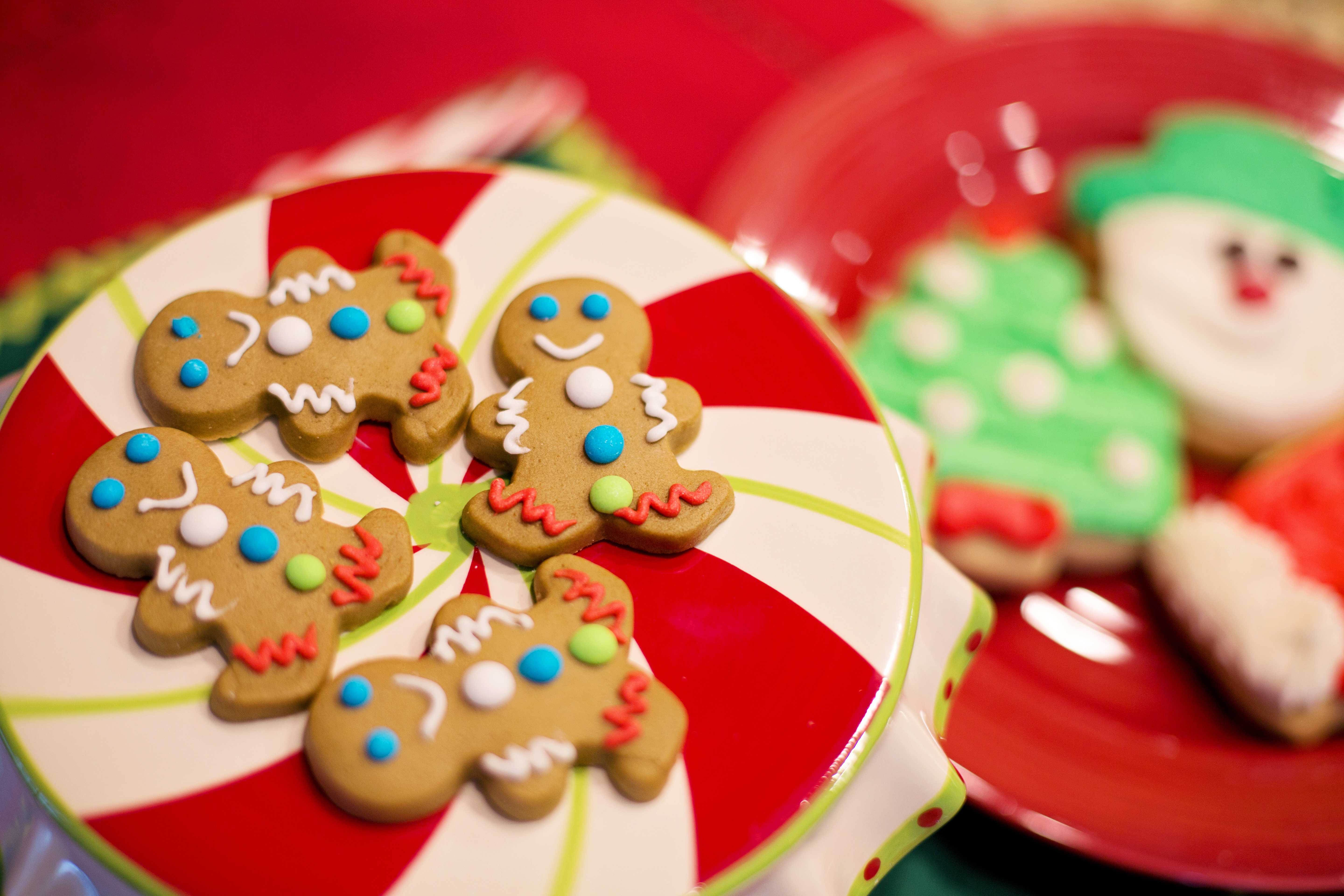 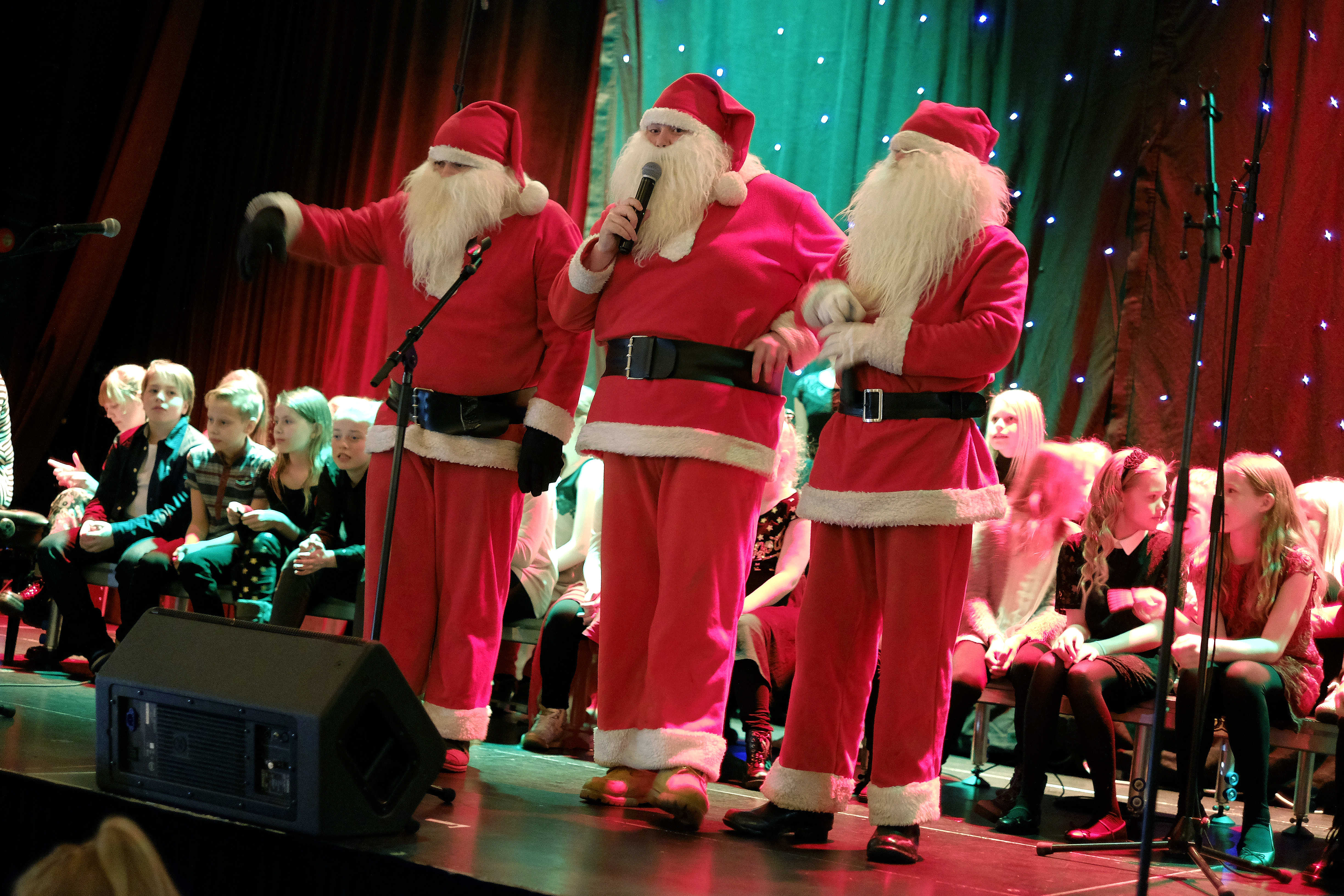 The Yule Lads are Iceland’s version of Santa Claus, mythical creatures who bring little children treats. That’s about the only way they are similar to the jolly and fatherly bearded figure, however, as the Yule Lads are an unruly group of trolls with a tendency towards petty theft and pranking unsuspecting humans in the days before Christmas.

The mischievous Yule Lads do have a softer side, though. When they come to town from the mountains where they live, they bring little treats for children who’ve left their shoes in the window… if they’ve been good, that is. If not, they can expect nothing but an old potato! 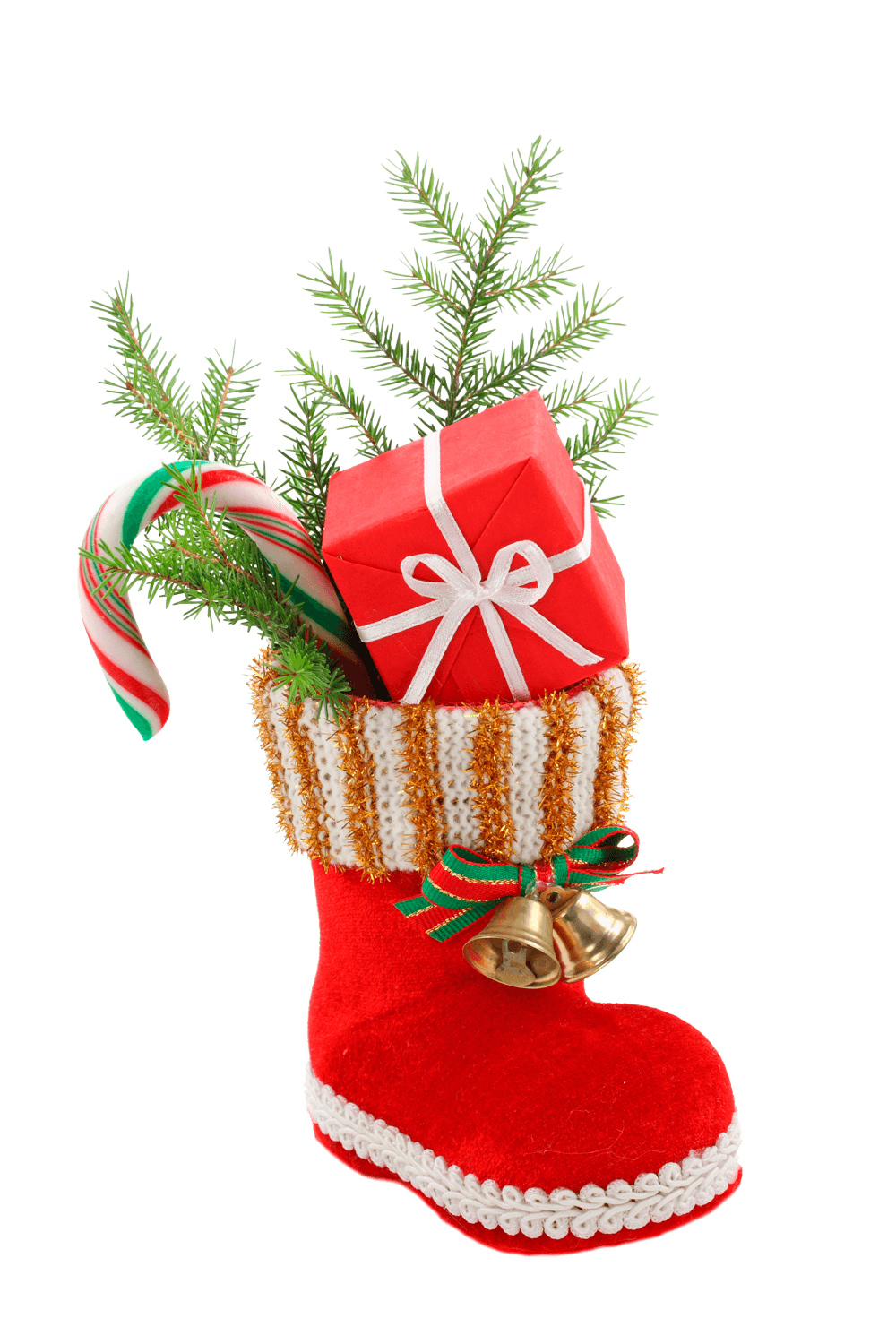 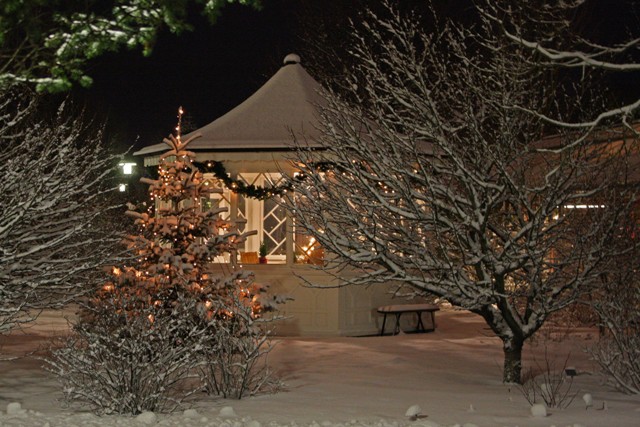 Þrettándinn (twelfth night) is the last day of the official thirteen-day Christmas festival. It’s a mythical night and according to folklore, cows can talk (although paying attention to their conversation will drive you mad), seals leave their skin and walk on land as men, and elves and hidden people move house. It’s traditional to keep the lights on the whole night, so the hidden people won’t settle in your home.

Pretty self-explanatory, this is the day after Christmas day. It’s usually spent going to parties with your extended family and eating too much chocolate, basically the same exact thing as Christmas day. It’s exactly what it says it is, another day of Christmas! 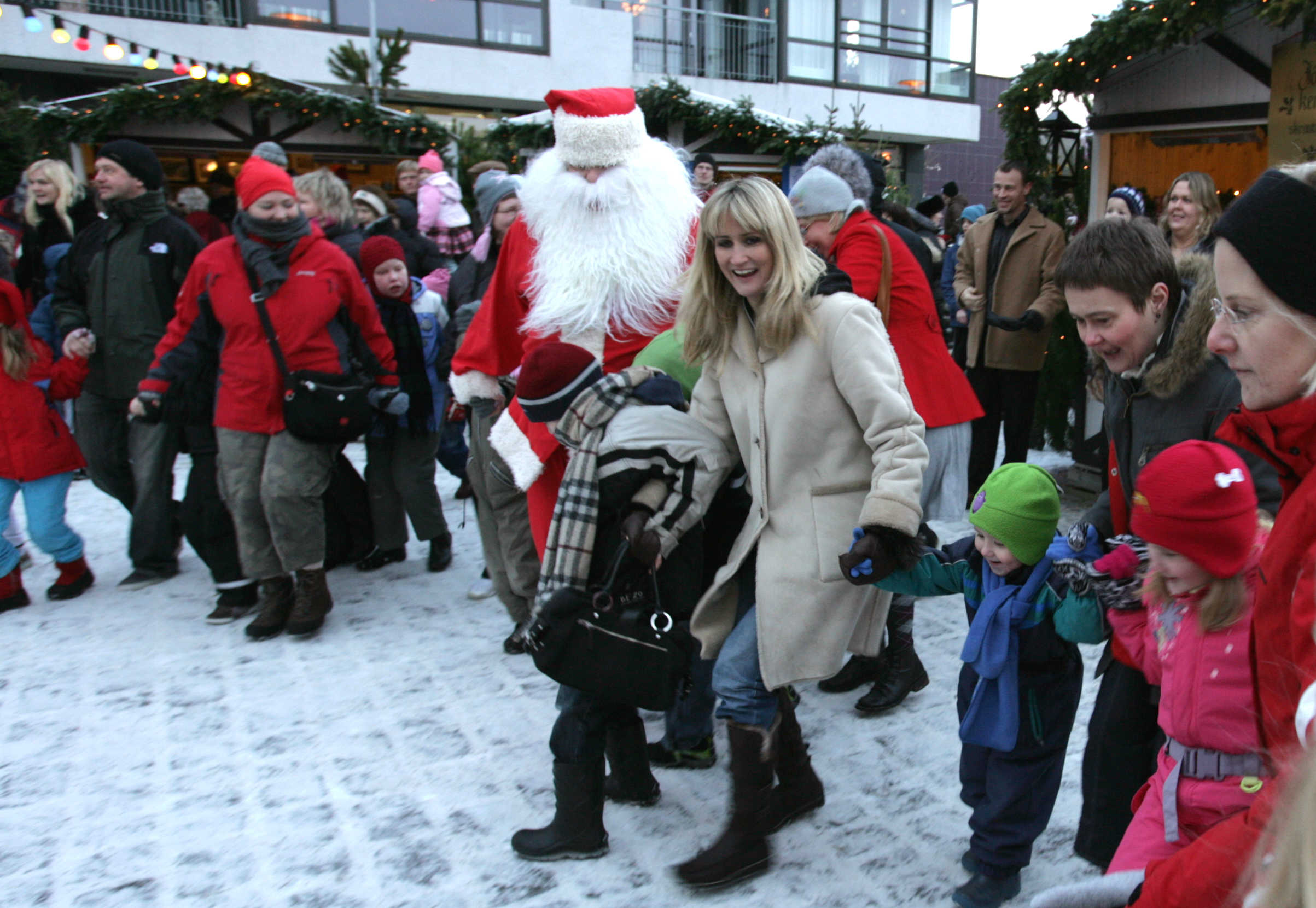 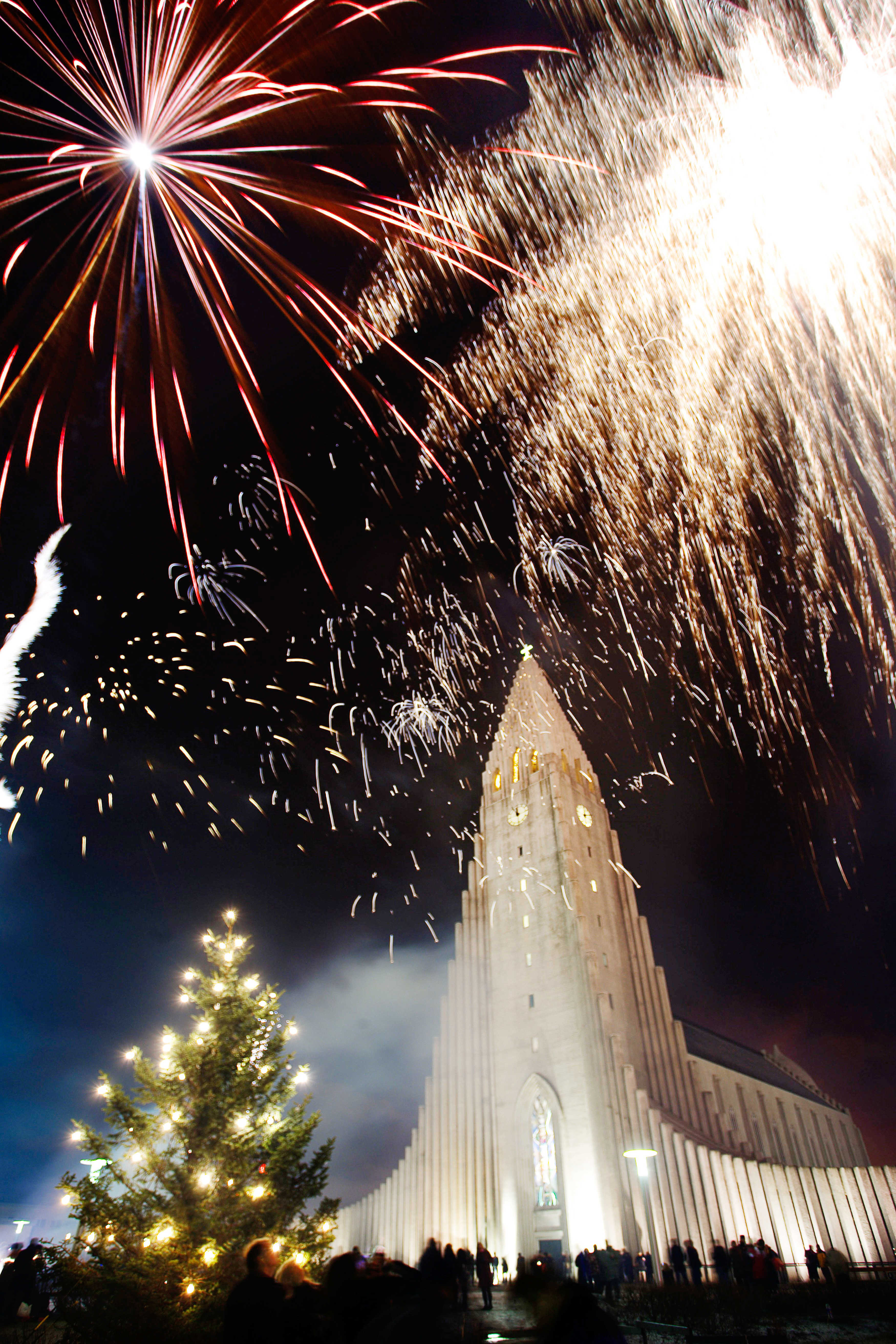 If Christmas celebrations in Iceland are reserved for family, New Year’s Eve is the time to celebrate with friends. After eating way too much and watching the National TV’s annual comedy hour, it’s time to head out with the fireworks! Afterwards, it’s time to party till the dawn, which, because of Iceland’s long winter nights, will come just before noon on January 1st.

After dinner on New Year’s Eve, you need something to do. Why not go out and burn stuff? Most towns in Iceland have a huge bonfire on New Year’s Eve, Reykjavík even has 16! This is known as burning away the old year and is believed to be essential to be able to start the new year with a clean slate. 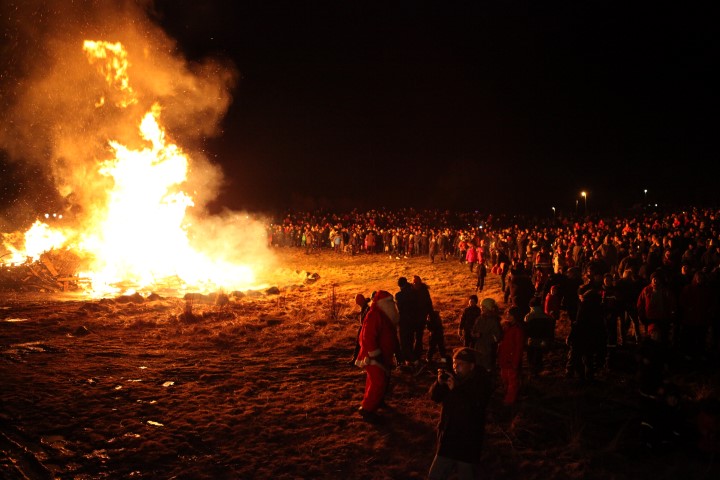 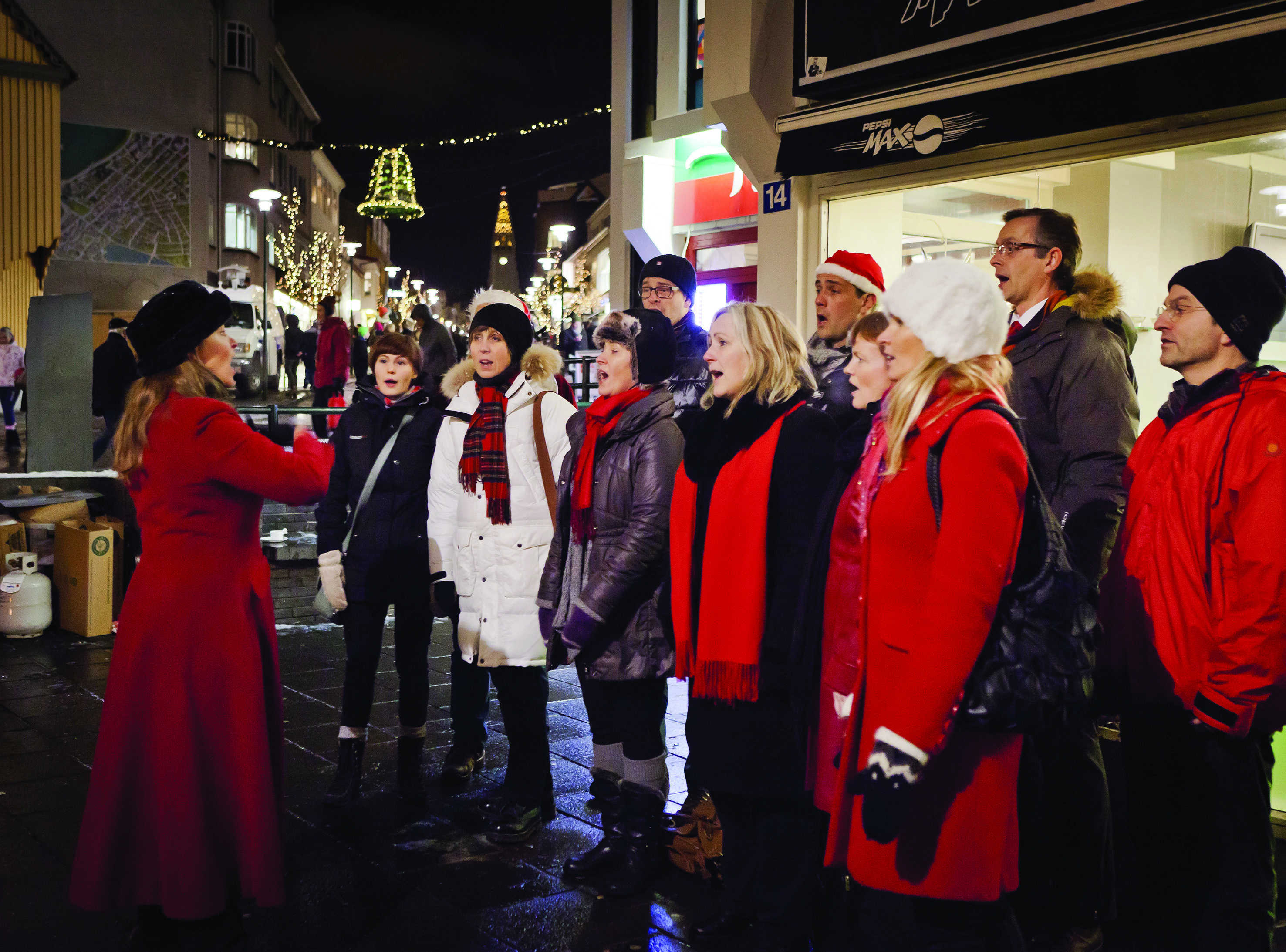 An ugly side effect of the Christmas season is Christmas stress. You want to have the house spotless, the gifts lavish, the cookies homemade and the whole house decorated but who has the time or the money? Luckily, there are plenty of ways to combat the stress, relax and lower those inhuman expectations. We recommend a strong dose of Christmas concerts, hot chocolate and (store-bought) Christmas cookies. Relax! You’re supposed to be enjoying this! 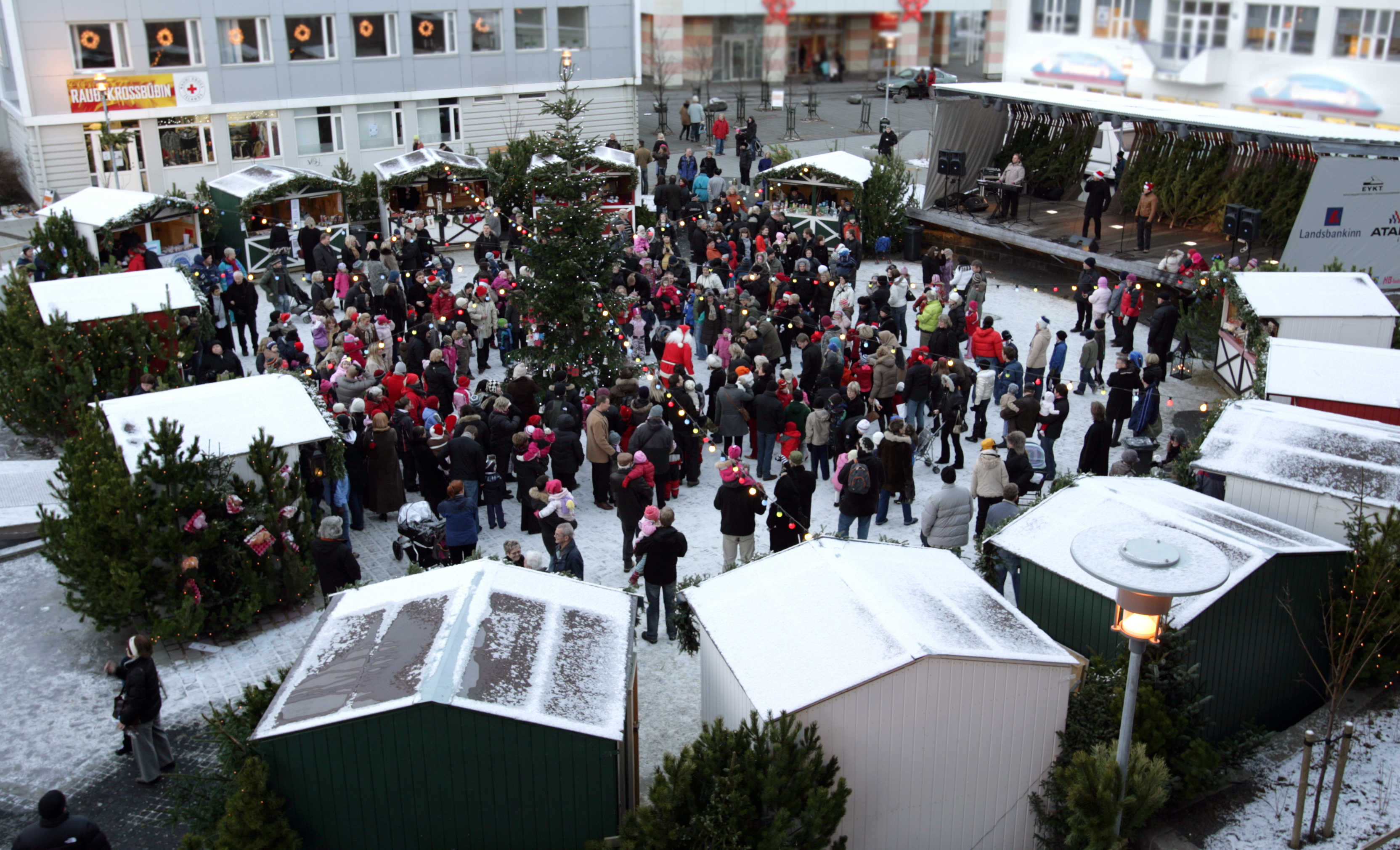 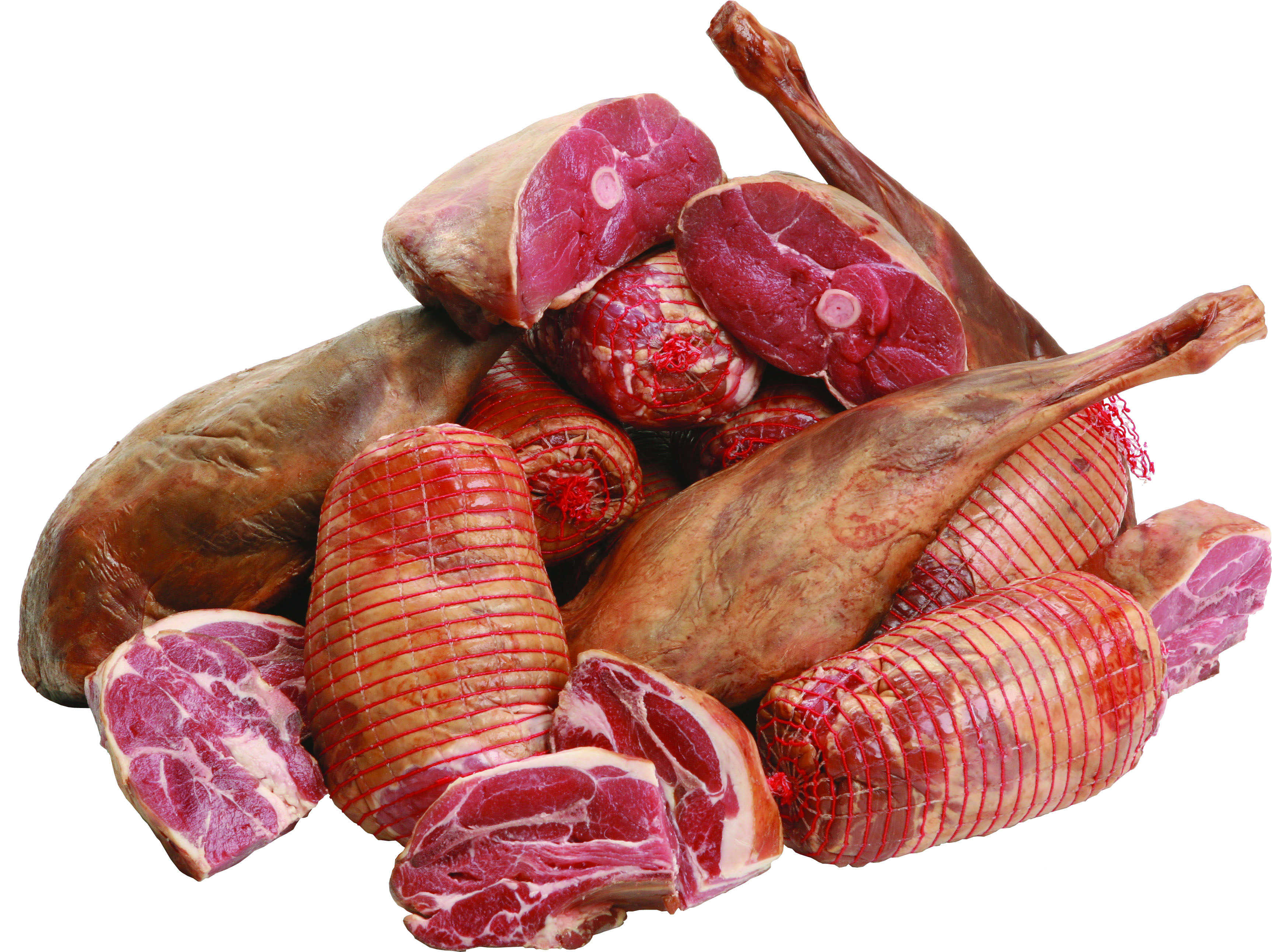 Hangikjöt, which translates to hung meat, is one of the traditional Christmas meals. Hangikjöt is smoked and cured lamb, and in the old days, it used to be hung over the kitchen fire, slowly smoking for weeks until it was taken down for the Christmas feast, which explains the name. Hangikjöt is traditionally served boiled with potatoes, peas and a white sauce, similar to béchamel, but if you have double smoked hangikjöt, it’s delicious served raw in tiny slices, with horseradish sauce.

In Iceland, Christmas is a family affair, and drinking is mostly limited to wine with dinner. It comes as no surprise then that the traditional Christmas drink is a non-alcoholic one. A mixture of two sodas produced in Iceland, malt-flavoured Malt and orange-flavoured Appelsín, I’m confident this drink is served in around 98% of Christmas feasts around the country. There’s some confusion regarding whether it’s better to pour the Appelsín or the Malt first, but the producer suggests that the alphabetical order is best. 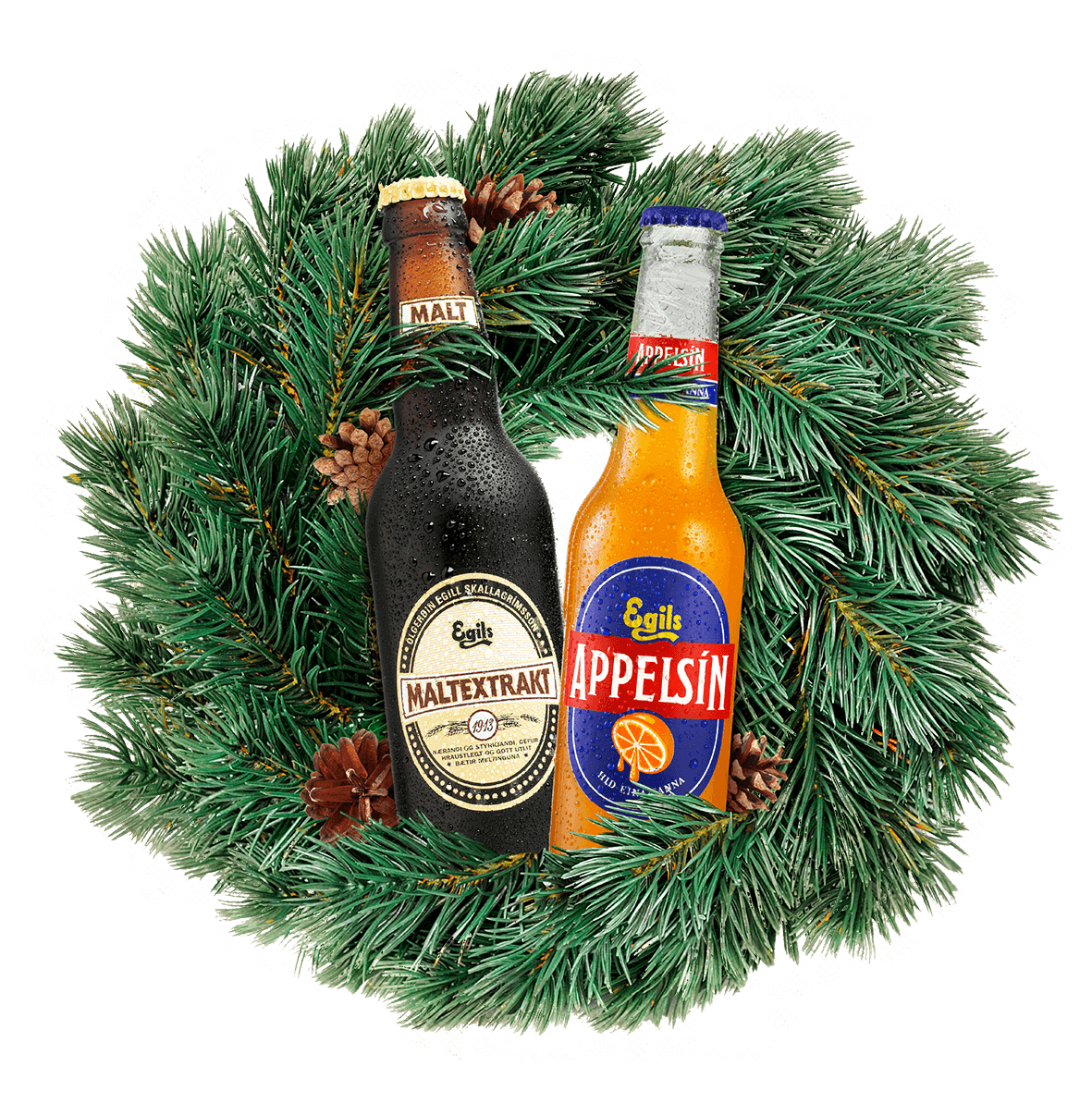 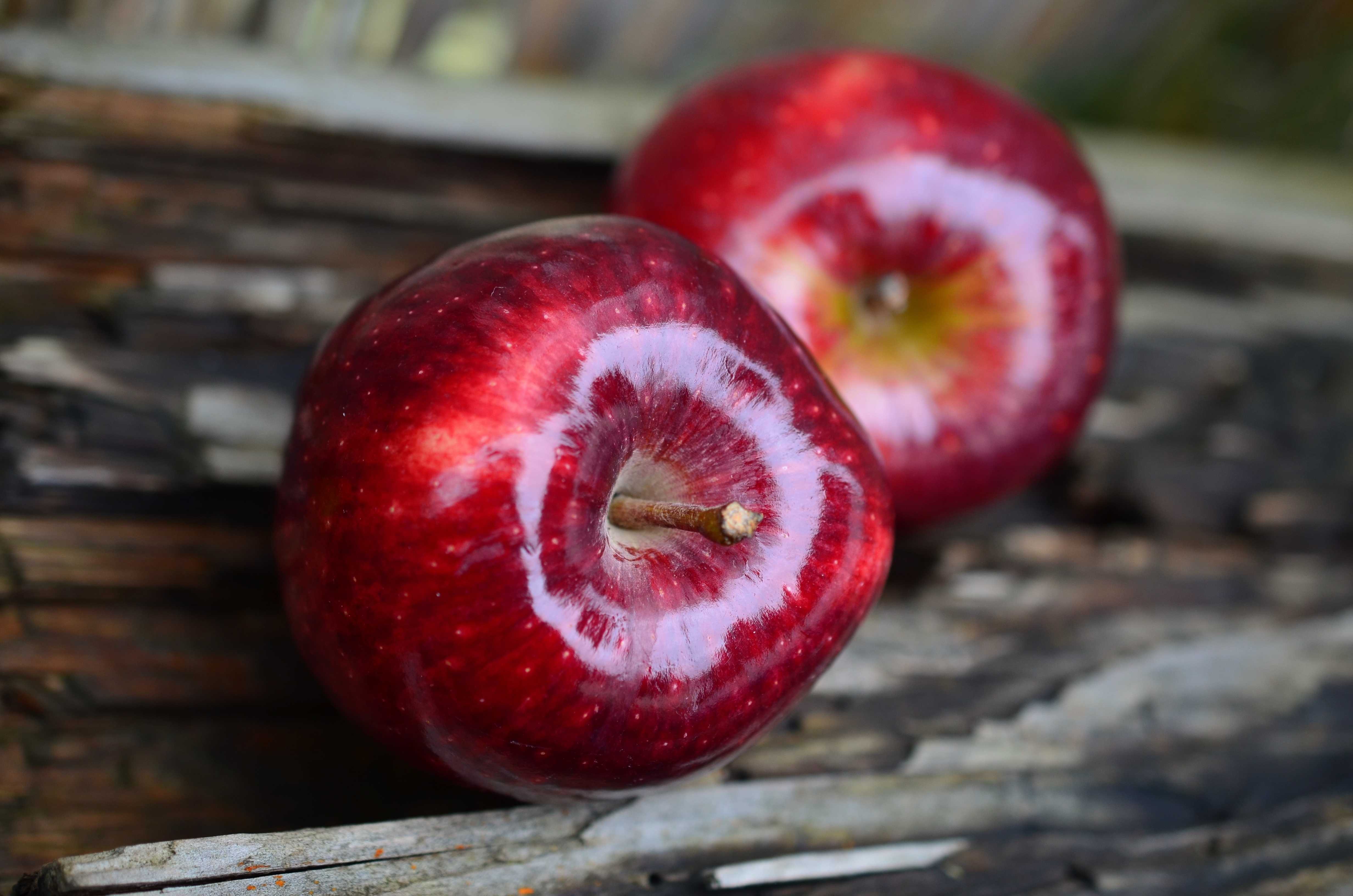 The red gleaming apple has for years been the unequivocal Christmas fruit in Iceland, although mandarin oranges are a close second. The reason is simple, most fruit is imported to Iceland, and for a long while, Christmas was the only time to get apples. These days, we have the luxury of year-round fruit, but apples still have a seat at the Christmas feast.

The day before Christmas is the saint day of Iceland’s patron saint, St. Þorlákur. On Þorláksmessa, people finish the last of the Christmas shopping like you would expect, but there’s also a peculiar tradition that involves eating fermented skate. The pungent aroma and less than delicate flavour will make you much more appreciative of the delicious Christmas feast the following day! 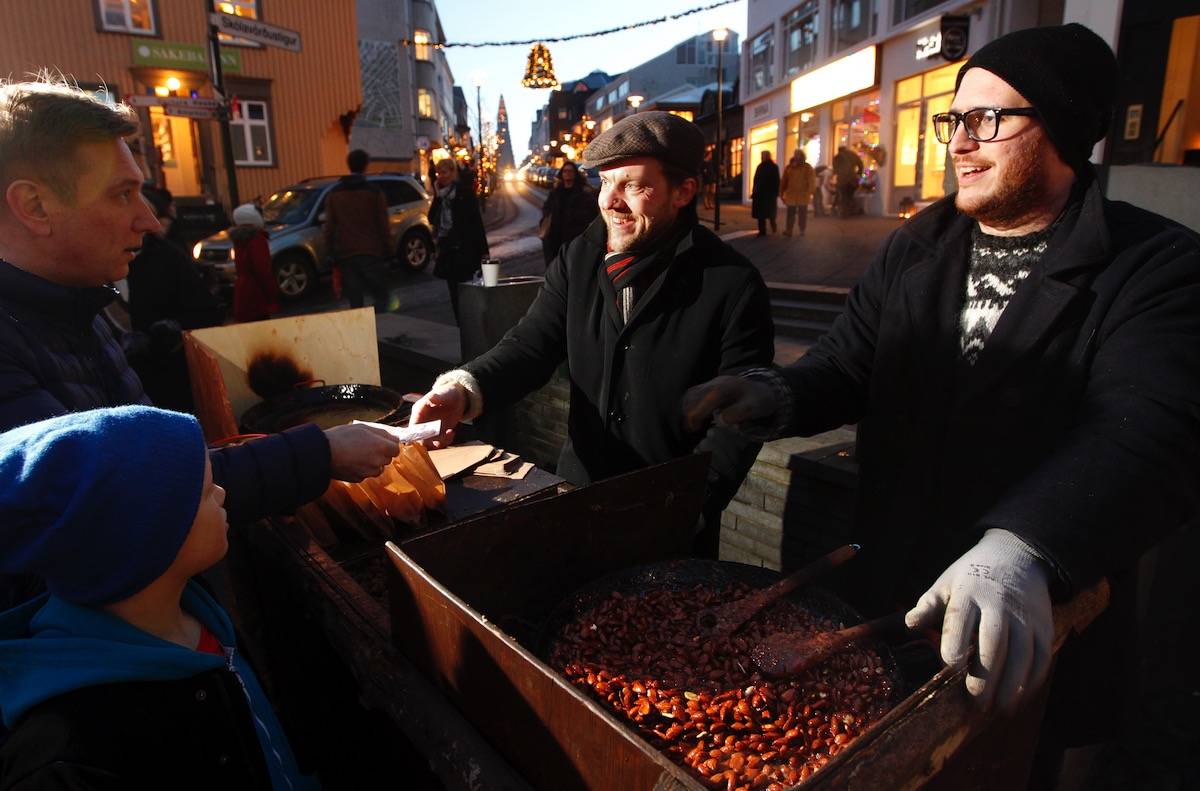 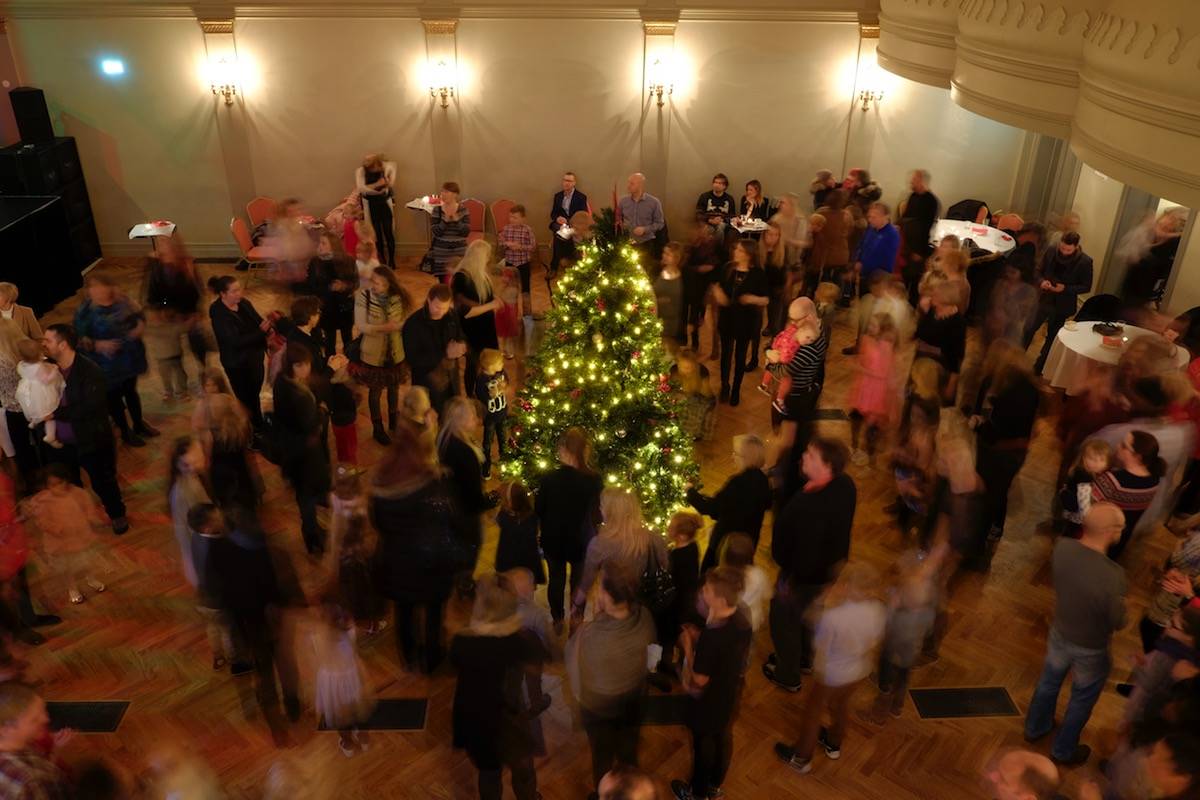 Christmas Eve is when the main Christmas celebrations in Iceland take place. At exactly six pm, people sit down to Christmas dinner (or go to church, followed by dinner) and exchange gifts afterwards. Merry Christmas! 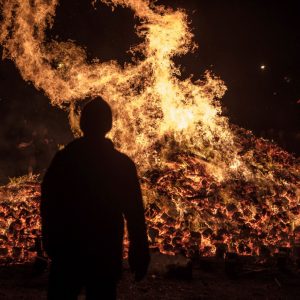 The Last Day of Christmas – Þrettándinn 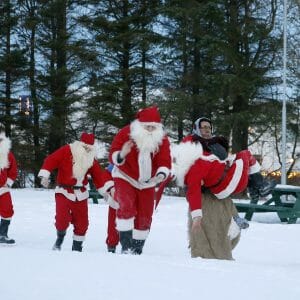 Merry Christmas – But Watch Out for Grýla!