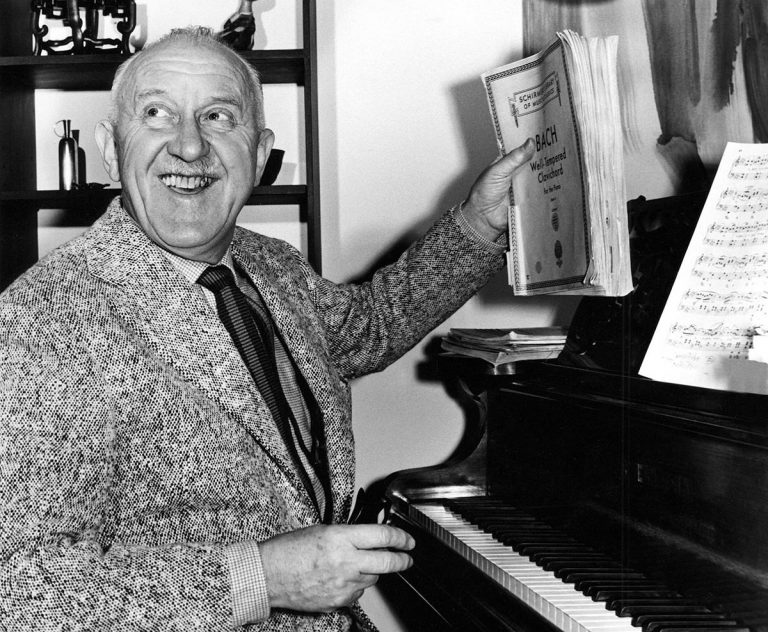 Everything You Need to Know About Halldór Laxness, Iceland’s Only Nobel Laureate (So Far)

The Nobel Prize in Literature 1955 was awarded to Halldór Laxness “for his vivid epic power which has renewed the great narrative art of Iceland”. That’s a lot to live up to but Halldór Laxness‘s mark on the literary history of Iceland is hard to underestimate. The only Nobel laureate Iceland has ever produced, Halldór’s books present a nuanced portrait of the Icelandic society during an age of great social changes. 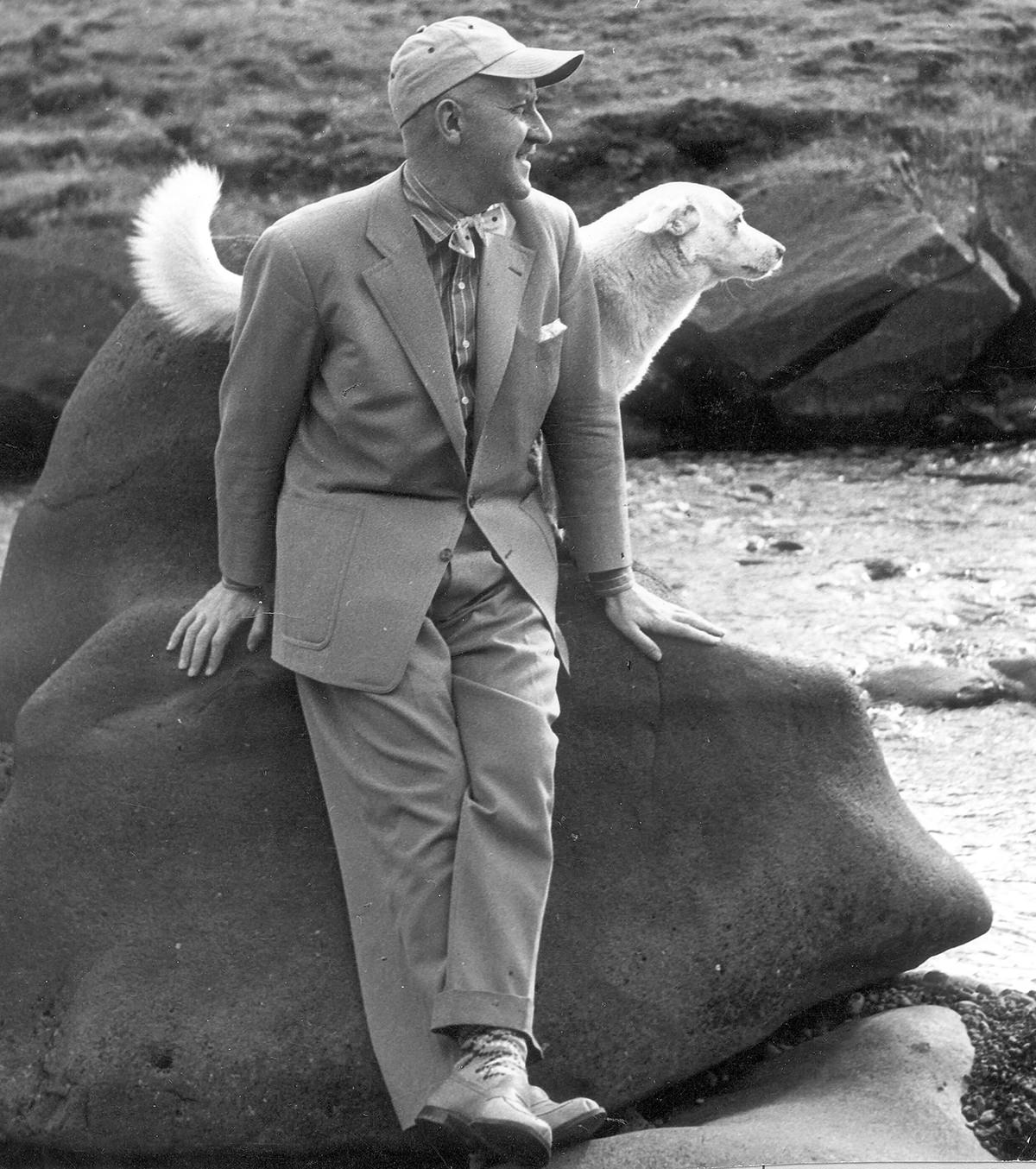 Halldór Laxness lived for almost all of the 20th century, born in 1902 and dying in 1998. During his lifetime, Iceland was transformed from a backwards, mostly rural country to one of the most prosperous nations in the world.

Born on a farm in a rural community close to Reykjavík, Halldór was considered an odd child, according to his own memoirs, spending his days scribbling away in a notebook. He had fond memories of his childhood in Mosfellsdalur and took his nom de plume, the name he would go by for the rest of his life, from the farm, Laxness. After studying in Reykjavík and publishing his first novel at the tender age of 17, Halldór went abroad, first to Copenhagen, and later to Switzerland, where he almost became a catholic monk! 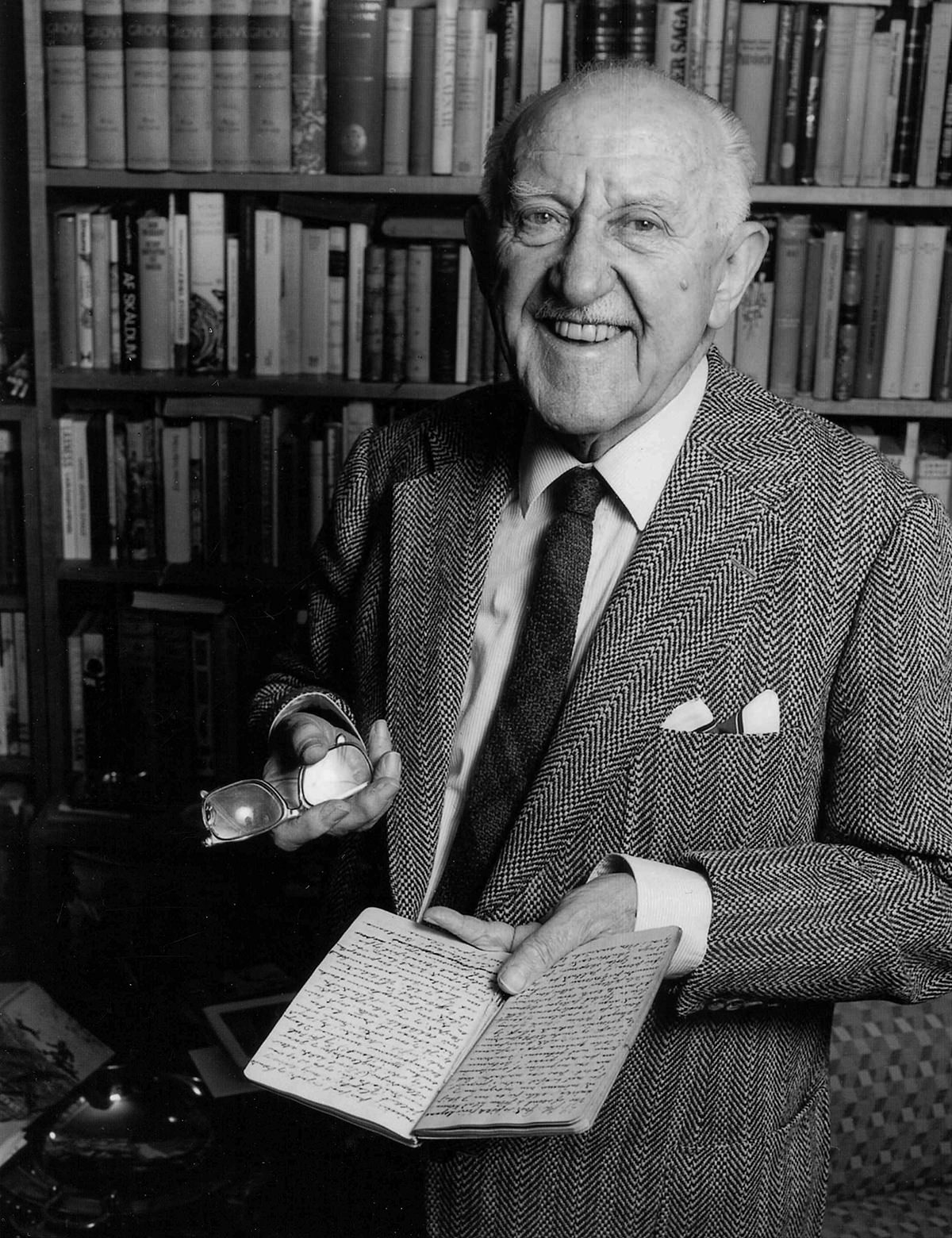 Although he became disillusioned with the catholic faith and abandoned his post at the monastery, Halldór Laxness spent his youth searching for something to believe in. For a while, he pursued the American dream, moving to Hollywood and trying his luck as a screenwriter in the late 20s.

When that didn’t pan out, Halldór embraced socialism and the theme of the working man’s plight is apparent in many of his books, especially his early works. He never actually joined any communist party but was sympathetic to their cause, translating his books into Russian and even travelling to the Soviet Union on two separate occasions.

His politics made him a contentious figure at the beginning of his career but as the years passed he became a lauded cultural figure, culminating in his being awarded the Nobel prize in 1955. Halldór was married twice and had four children. He travelled extensively but since 1945 and until his death in 1998, his permanent address was at Gljúfrasteinn in Mosfellsdalur, the house he built with his second wife Auður, just a few hundred metres from his childhood home Laxness. 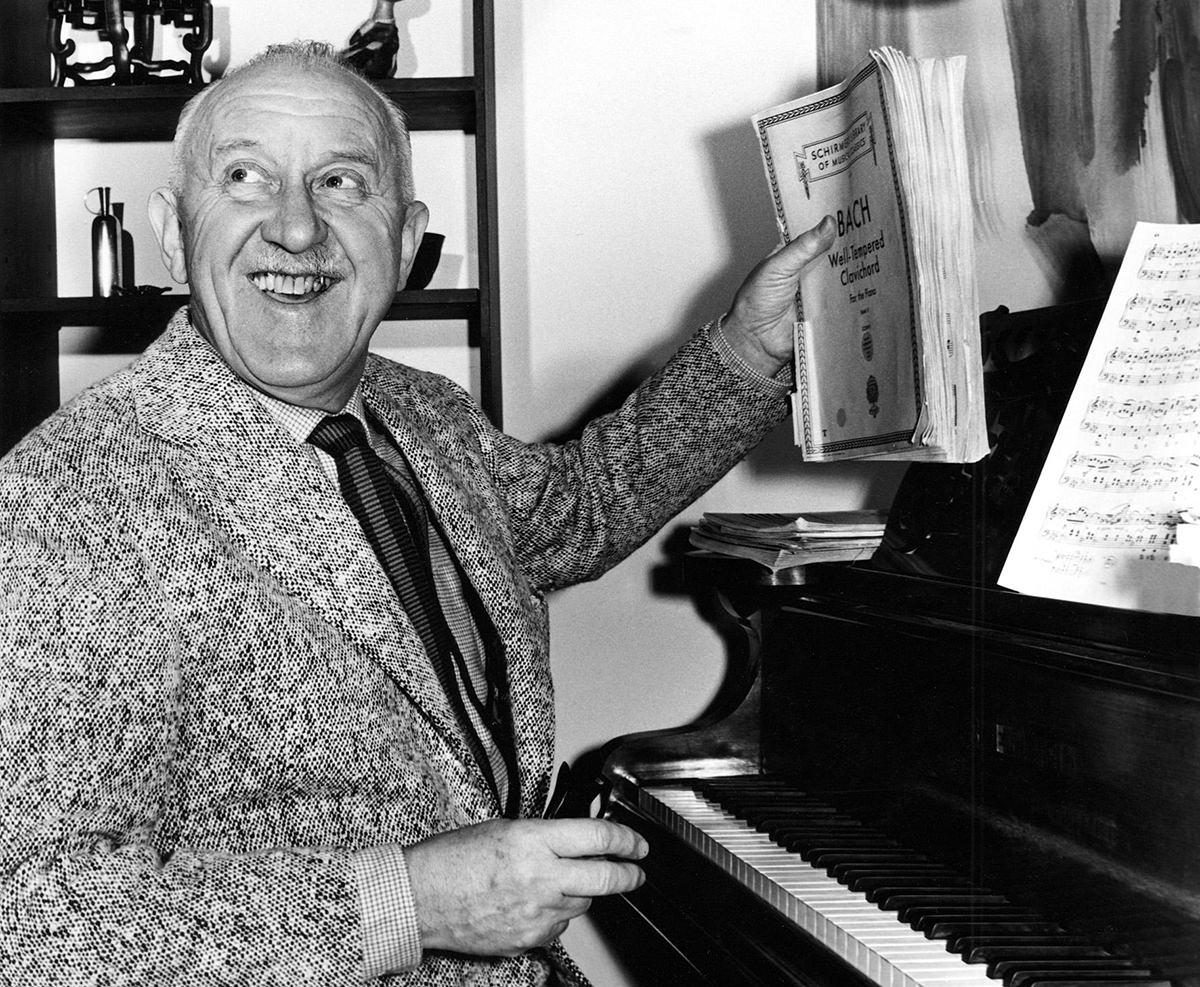 Halldór Laxness was a prolific author, publishing more than 60 books in his lifetime. He published everything from poetry and short stories to essays and memoirs but the most popular of his works are his novels, especially the social realist novels, Salka Valka, Independent People and World Light, written in the 1930s and 40s.

One of Halldór’s greatest literary strengths is the nuance and delicacy with which he imbues his characters and the complex communities he creates. This is evident in his earlier novels, such as Salka Valka and Independent People and even more delicately done in his later work such as The Fish Can Sing and Under the Glacier.

The characters seem to jump off the page and have won the hearts of Icelanders to such an extent that they seem as familiar as neighbours or relatives. Even though his plays haven’t become as popular as his novels, many of his novels have been staged and filmed and continue to enthral viewers. 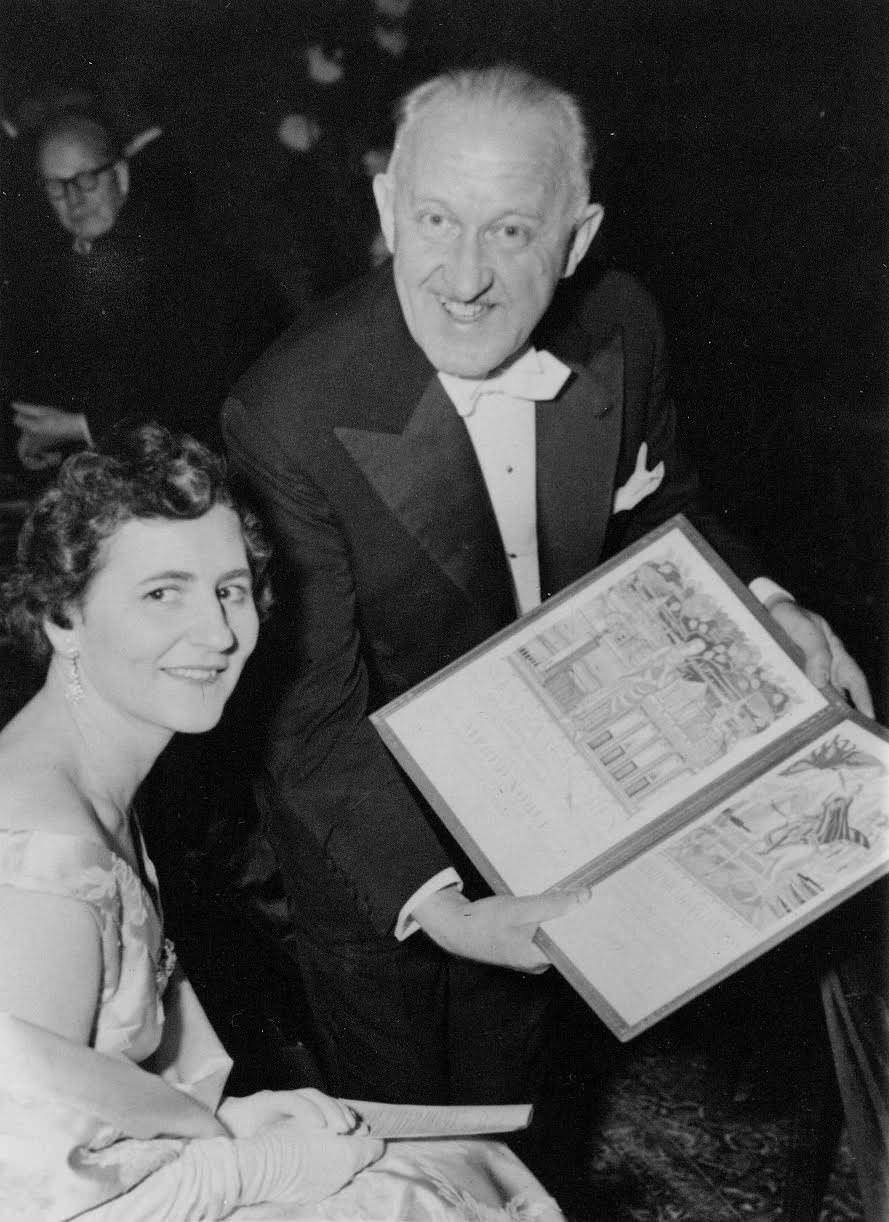 Halldór and his wife Auður at the 1955 Nobel ceremony where Halldór was awarded the prize for literature.Photo courtesy of Gljúfrasteinn, Halldór Laxness Museum

In 1955, Halldór received the Nobel prize for literature for reviving the great narrative art of Iceland. He was 53 years old at the time and the veneer of a young rebel was wearing off. As he accepted the honour, he dedicated his award to his grandmother and those he called the hidden people of Iceland, the unnamed everymen and -women who won’t go down in history books but who keep the culture and language of this faraway island alive.

Later in life, Halldór’s work turned more introspective. He became very interested in Taoism and novels such as Under the Glacier found him increasingly questioning Life, the Universe and Everything. He had always written non-fiction alongside his more creative work but in his old age, he turned his attention to the past and wrote his memoirs, about growing up in Mosfellsdalur and his travels as a young man. 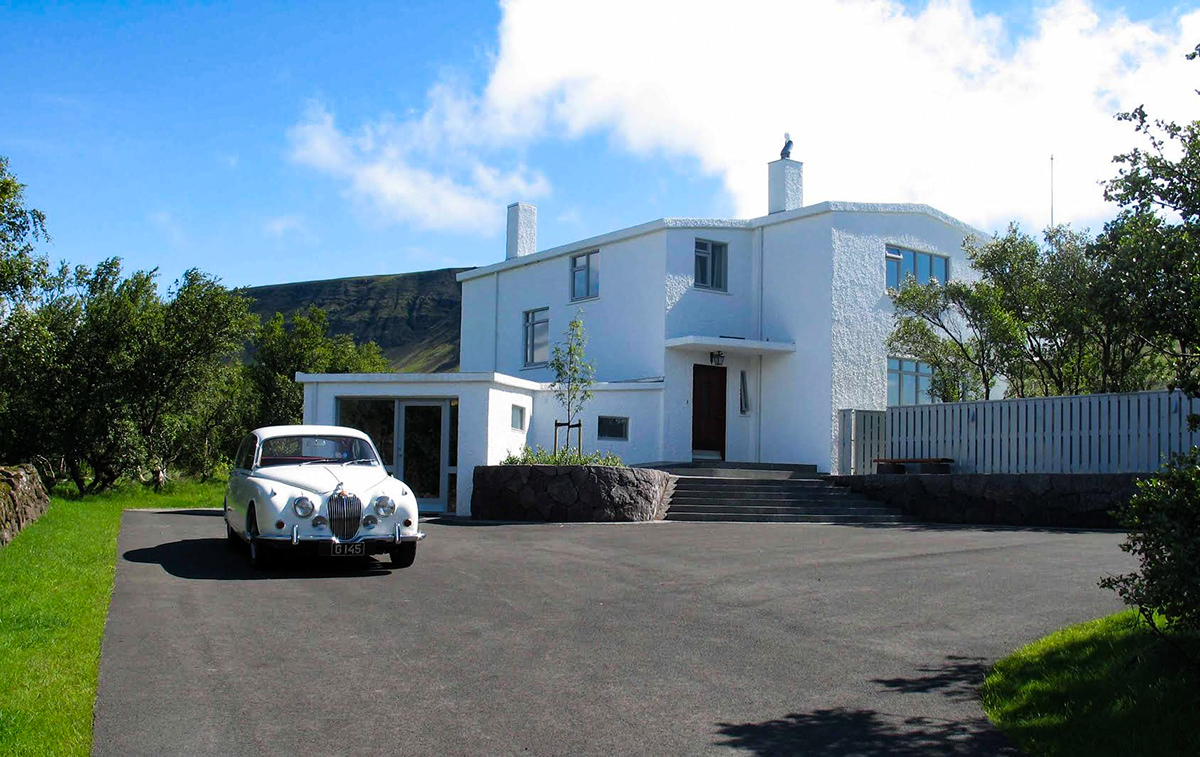 After his death, Laxness’s home at Gljúfrasteinn was turned into a museum, just like it was when he was still alive, with his furniture and art still intact. The museum has been closed for a while for conservation but reopens on April 1st 2017. It’s situated about a 20-minute drive from the city, and if you’re driving the Golden Circle, Gljúfrasteinn is a convenient stop.

The Fish Can Sing

This young boy’s coming-of-age story set in Reykjavík at the turn of the century is a great place to start to get to know Halldór’s body of work. The novel is relatively short and sweet, compared to the rest of his most famous books, the sweetness perhaps resulting from the fact that the young boy’s surrounding in Reykjavík is based on Halldór’s grandparents’ home in Reykjavík.

One of the scenes that are inspired by real life is the grandfather clock that ticks in eternity. The clock exists in real life and stands in the entrance hall of the Gljúfrasteinn museum. 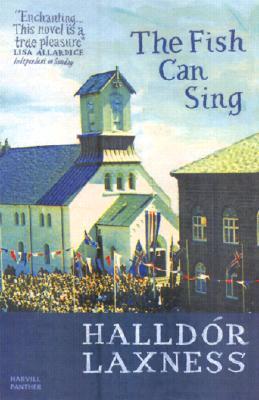 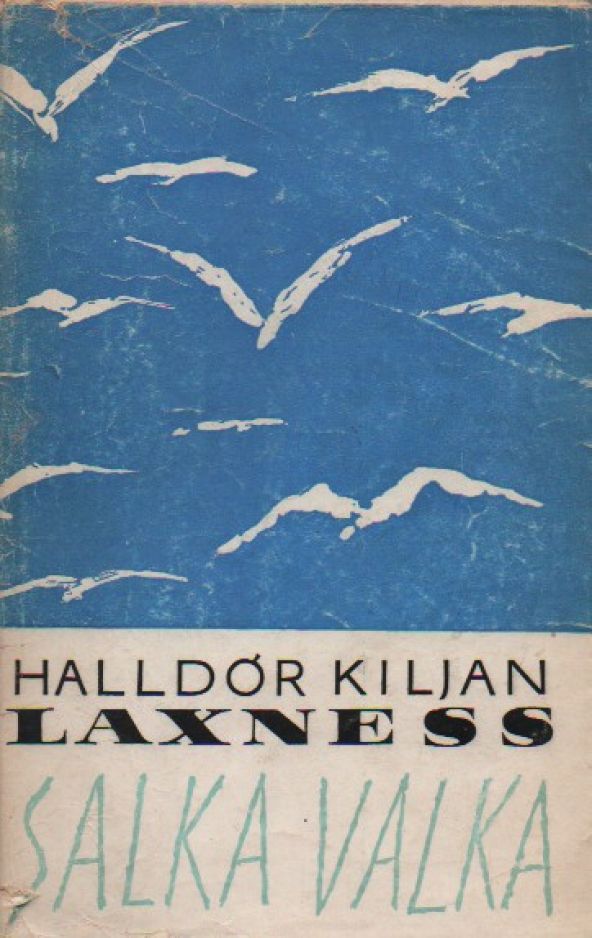 It may be a little mean to put this remarkable novel on the list as it isn’t readily available in an English translation. (The existing translation is abridged and hasn’t been reprinted since the 1970s). The novel has its roots in a movie script, A Woman in Pants, Halldór wrote during his Hollywood years with Greta Garbo in mind.

Salka Valka marked the start of Halldór’s social realist novels and is another coming-of-age story, this time centring on a young girl growing up in a small fishing village. The novel features a rich tapestry of characters moving in and out of Salka’s life as well as a fascinating, complex heroine. The novel is available in some translations, such as in German and Italian.

When Halldór Laxness published his most famous novel, Independent people, Icelanders became a nation divided in their reception. In this epic tale of life on the outskirts of society, the main protagonist, Bjartur is an unbending farmer with an iron will, whose fierce belief in independence would negatively impact his family several times over.

He can be seen as a hero or a villain, or, in fact, both at the same time, but one thing is for sure, the novel attacked the romantic idyll of rural life most novels of the time depicted and at a time of rapid urbanisation and conflict between urban and rural lifestyles in Iceland, had a huge impact on Icelandic culture. The novel is often compared to Norwegian writer Knut Hamsun’s novel, Hunger. 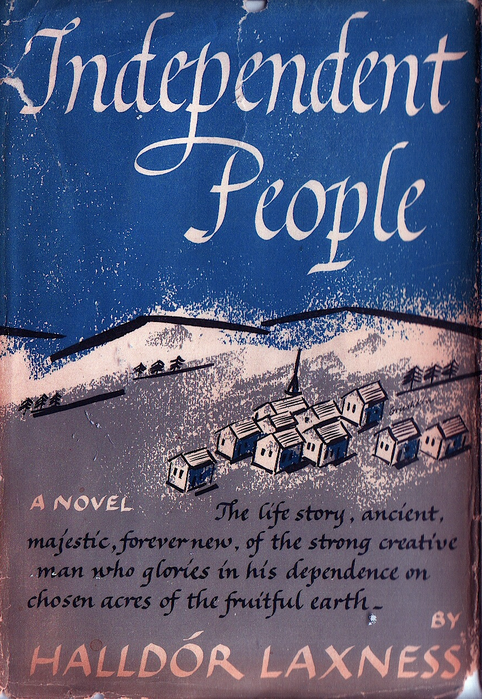 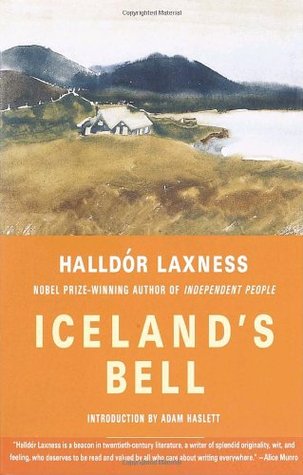 Iceland’s Bell is Halldór’s first historical novel and it’s interesting to note that it was written and published in the years 1944-46, around the time that Iceland gained its independence. The three-part novel tackles themes such as what it means to be an Icelander and the conflict between duty and passion. The story focuses on the interwoven fates of Jón Hreggviðsson, a penniless farmer, Arnas Arnæus, the brilliant and ideological academic, and Snæfríður, the aristocratic woman trapped by her pride and what is expected of her. The story features politics, murder, and love so there should be something for everyone!

As Halldór got older, his work got a little more introspective. He had tried giving up novel-writing during the sixties to focus more on his playwriting but his plays were always considered a little less impressive than his novels. Under the Glacier was a return to form and Jón Prímus, the minister who closed up the church and starts fixing gas burners for people instead is one of Laxness’s most beloved characters.

In the novel, the Snæfellsnes minister receives an emissary from the bishop, who isn’t exactly pleased with his performance. While Jón’s actions seem quite insane at the beginning of the novel, as you get to know the community that lives in the shadow of Snæfellsjökull glacier, you soon start to question who the sane one really is. 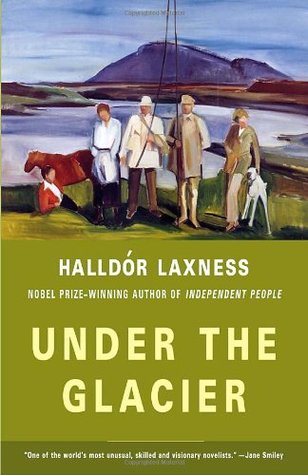 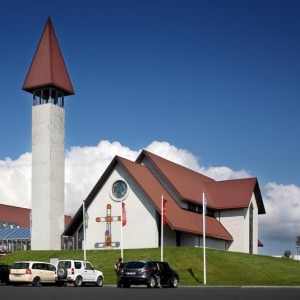 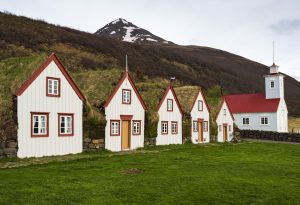 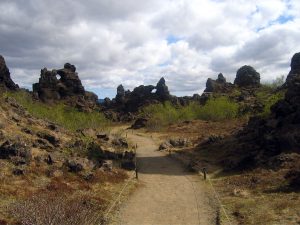