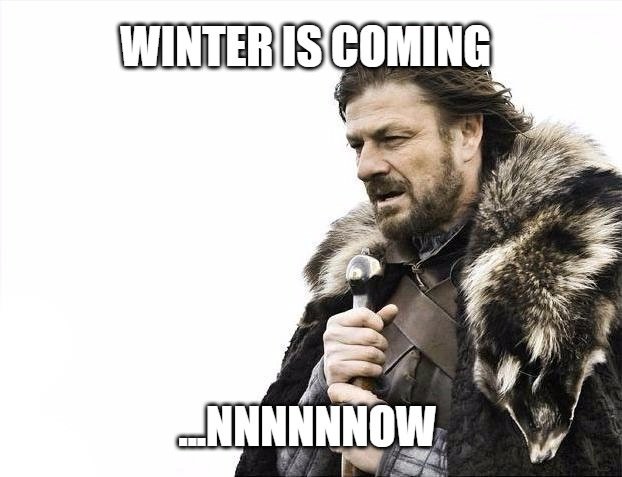 First Day of Winter in Iceland: Winter is Coming

The First Day of Winter in Iceland

The First Day of Winter in Iceland will fall on October 24th this year. What do I mean – is that when the first snow will fall, or when the temperature will drop below zero? How could I possibly know that? Am I some kind of incredibly handsome wizard? Not at all!

In Iceland, we have an official “First Day of Winter” on our calendar, and in fact another one for the “First Day of Summer.” This is amusing to many people that come from warmer countries: it might seem that in Iceland the weather is so unreliable that “you never know when summer will end, so you just have to pick a day and say that’s it.” Also the idea of Icelandic summer lasting until October seems charmingly optimistic, if not a little naïve.

But actually, the day has its roots in the old Norse Calendar, which only had two seasons, “winter” and “summer.” October 24th roughly corresponds to the beginning of the old month of Gor, the first of the winter months.

But don’t worry about the weather getting colder – there’s free meat soup!

Every year on the first day of winter, the merchants of Skólavörðustígur in downtown Reykjavík dish out free meat soup to the masses, starting with the inmates at the minimum-security prison which is on that street. The proceedings start in the afternoon and waiting in a long line with the locals is part of the fun.