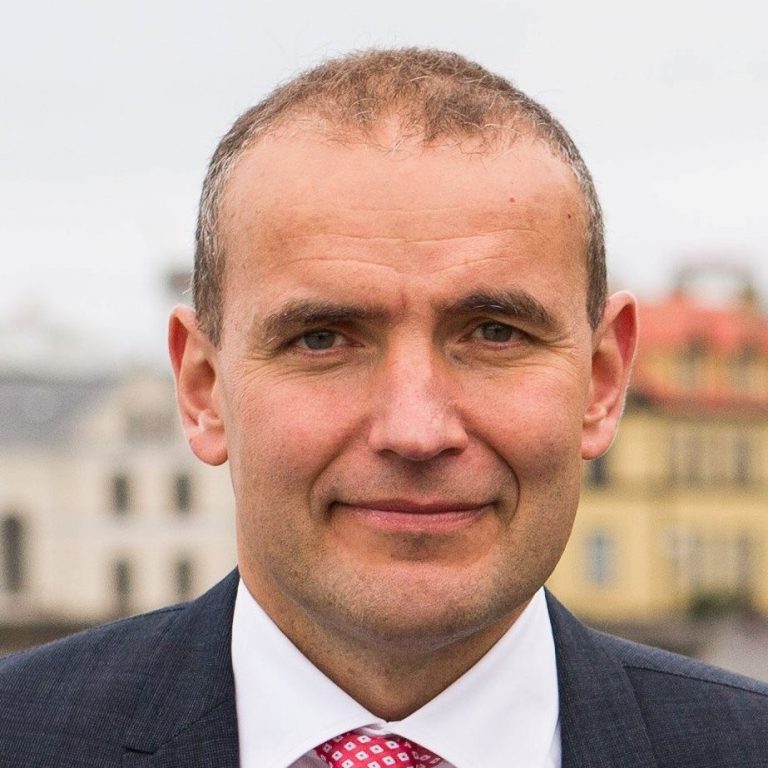 Iceland gained a new president on the 1st of August 2016 when historian Guðni Thorlacius Jóhannesson took office and became the 6th president in the history of Iceland. A former professor at the history division of the University of Iceland, Guðni is a breath of fresh air in the presidential residence of Bessastaðir. His laid-back character, civilian persona, and general nice guy attitude has led to Icelanders taking a real liking to our president. His predecessor, Ólafur Ragnar Grímsson, spent 16 years in the position and a large portion of the populace had grown tired of him in the position. But why is Guðni Th. Jóhannesson such a popular figure among Icelanders? 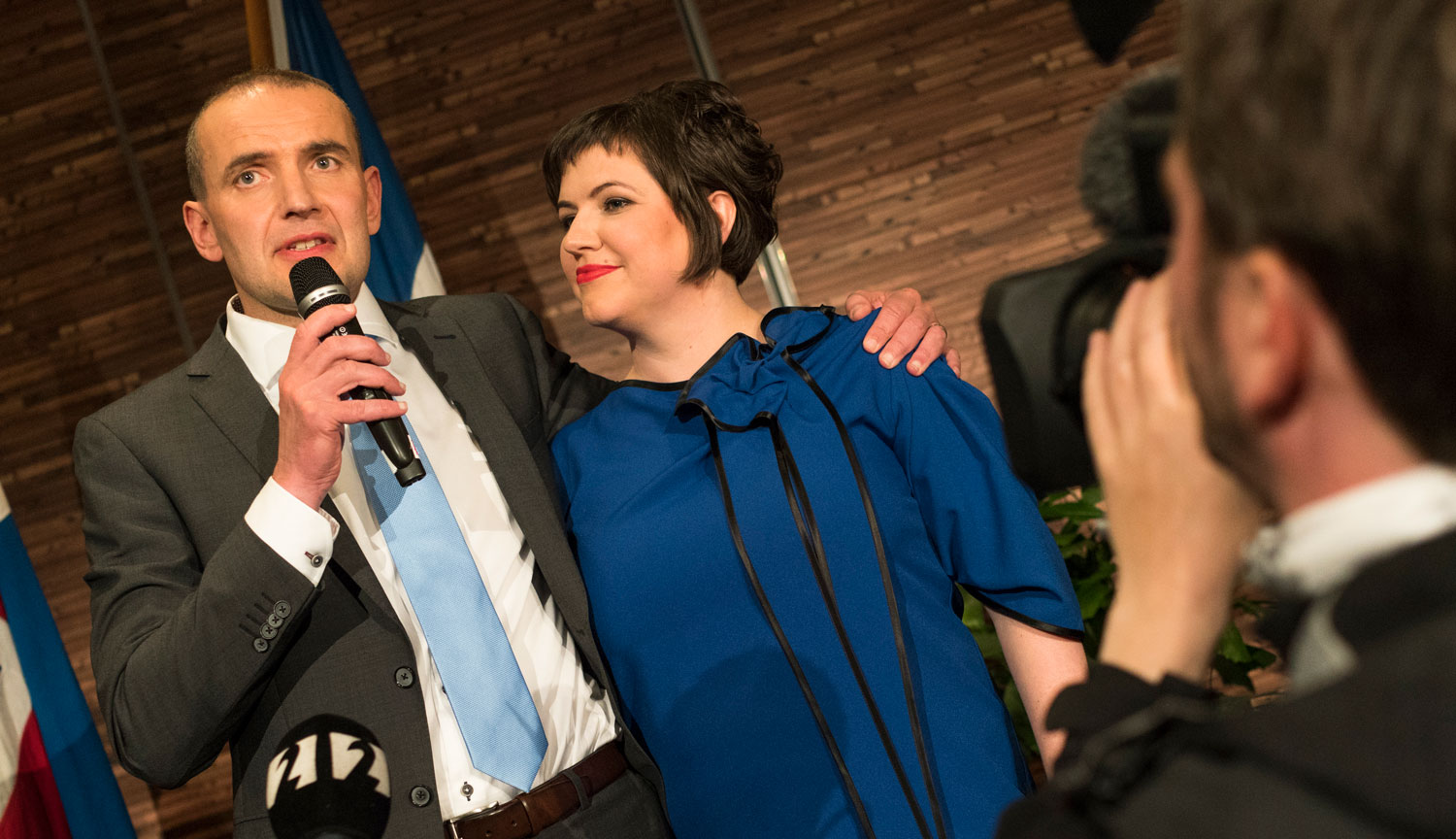 Guðni preaches neutrality and his campaign was without affiliation to a political party (Icelanders tend to like their presidents politically neutral these days). He first sparked interest when his services as historian, specialising in Icelandic politics and the presidency, were called upon in the prelude to the presidential race. His face regularly wound up on TV as his historical accuracy and context helped shed a light on current affairs. His expertise on the presidency (he was even writing a book on the subject), humble and modest conduct, and subsequent popularity propelled him all the way to Bessastaðir. 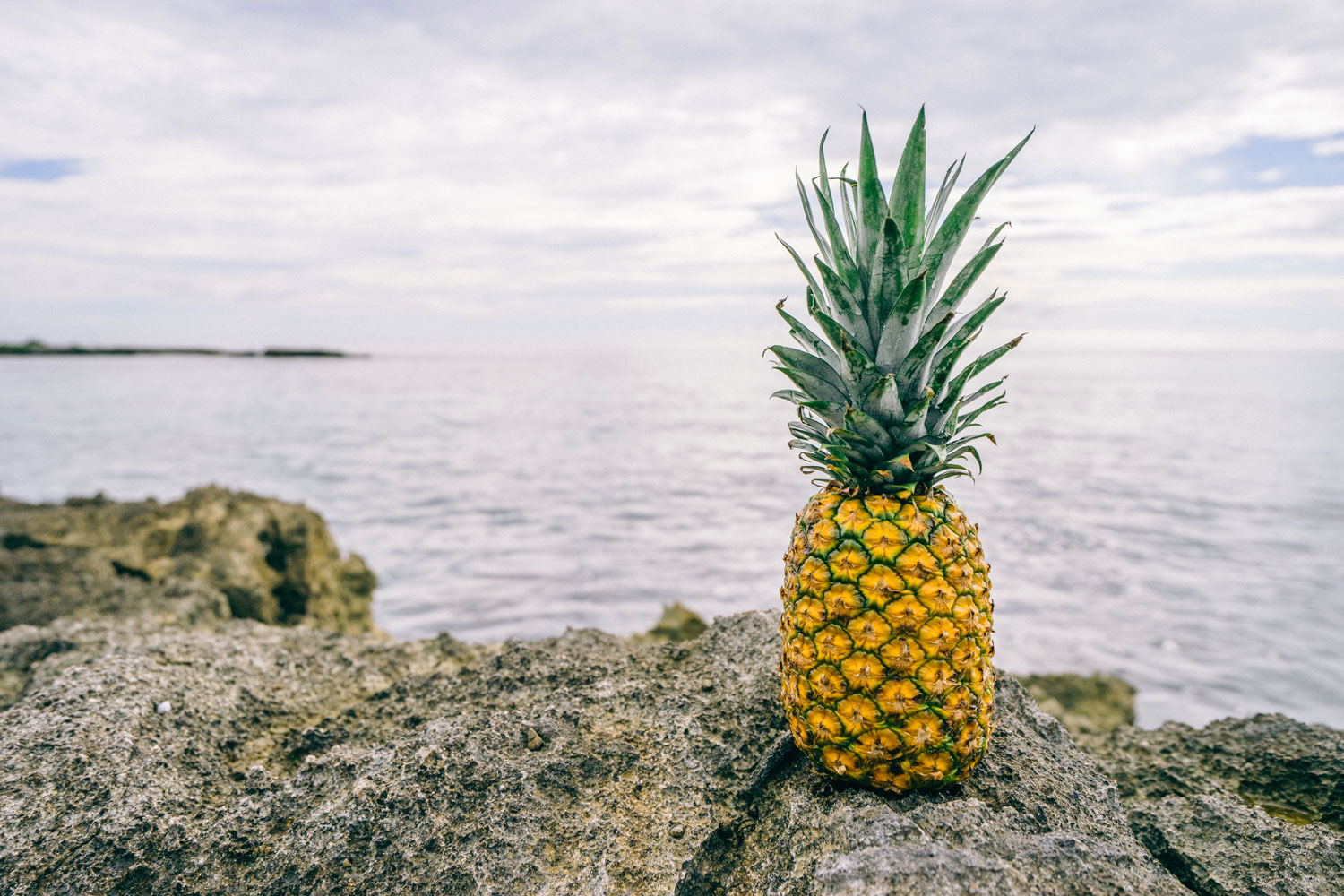 Our president is not the most controversial guy out there, usually taking a measured, scholarly approach to most matters. In fact, most controversial remark he has made to date is when, on an official visit to the secondary school of Akureyri, he claimed that he was completely opposed to pineapple on pizza. He took a step further and said, tongue-in-cheek, that if it was in his power, he would set a law which bans pineapple on pizza. His off-the-cuff remark started an online war between pineapple haters and lovers and things got quite heated, even garnering international attention. It even spurred a scholarly debate where a former prime minister released a statement in support of pineapples on pizzas around the world. I guess Guðni won’t be hopping onto a flight to Hawaii anytime soon.

“I like pineapples, just not on pizza. I do not have the power to make laws which forbid people to put pineapples on their pizza. I am glad that I do not hold such power. Presidents should not have unlimited power. I would not want to hold this position if I could pass laws forbidding that which I don’t like. I would not want to live in such a country. For pizzas, I recommend seafood.“

Our guy Guðni even managed to joke with Putin! Not many people on this Earth can make that claim. During an Arctic affairs conference in Arghalensk, Russia, Guðni took a jab at Russia’s football team in front of their president. Guðni remarked that there was a huge discrepancy between the two countries in terms of size and power, and mentioned the fact that Iceland doesn’t even have a military. He added, however, that Iceland has a better soccer team, before following it up with a wry “Sorry“ . Putin piped back “Need help?“ and the audience seemed to enjoy the banter between the two. 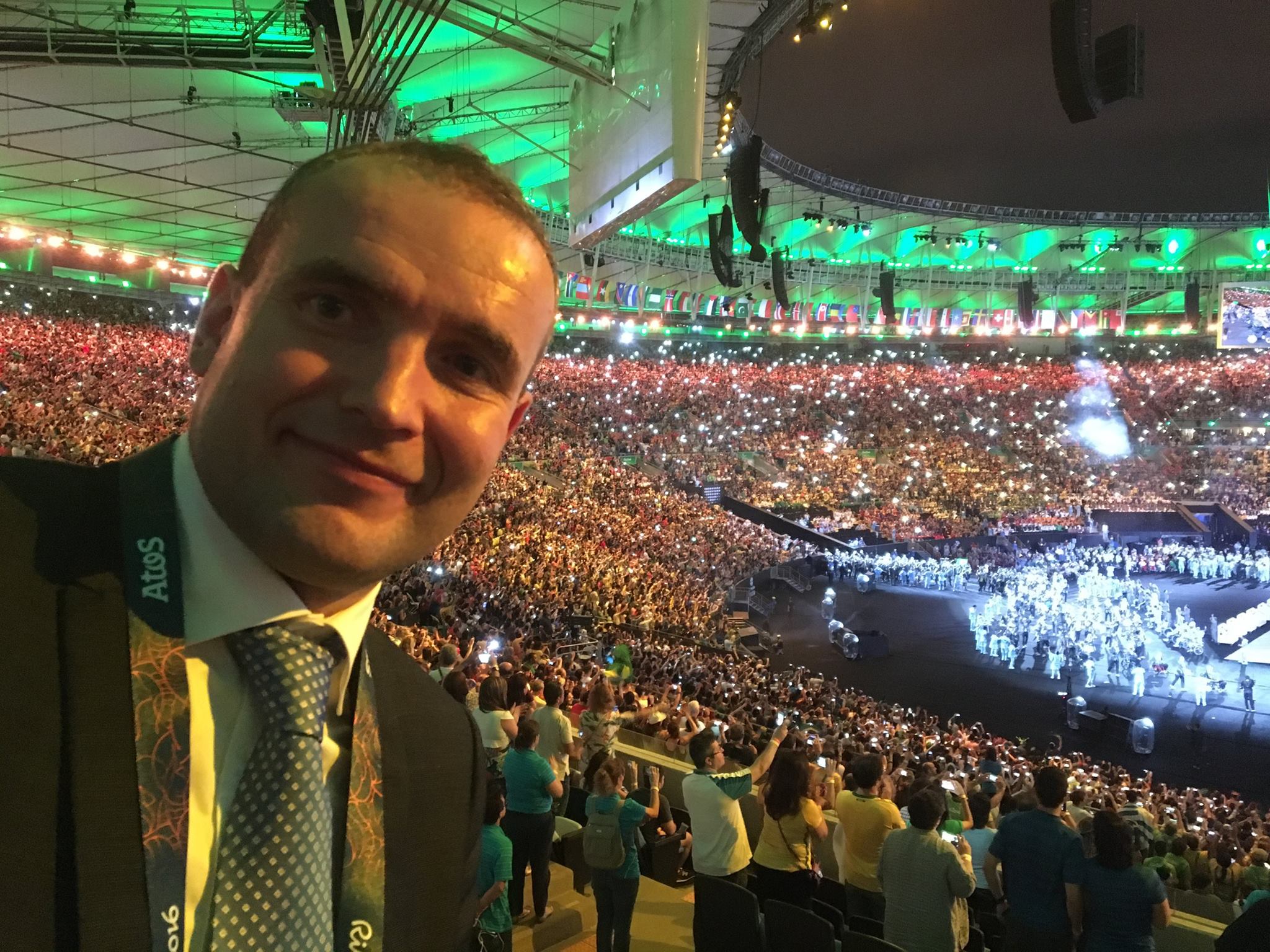 The president who can do no wrong

We can go on all day with his delightful antics. It seems that wherever he goes he manages to charm the local populace with his everyman character. In the Faroe Islands, he took it upon himself to play the role of the goalkeeper in a kickabout with local kids while in Norway he sang a children‘s song for the president of Norway in an official ceremony. Guðni is a true family man as he battles the elements each day when he cycles his children to school. He has five children, four of them with his Canadian wife, Eliza Reid, who met Guðni when they were studying at the University of Oxford. When asked to comment on Guðni she quipped “He is hopeless at cooking, but he irons everything that needs to be ironed”. This summer he accompanied his son to a football tournament in Akranes, where he found himself in the role of a night guard for one night. The president is just as likely to be spotted picking up Domino’s pizza for the family (I know what you’re thinking… Is he a man of bad taste? Not quite, as Domino’s is different in Iceland and it is the most popular pizza chain in the country. Try it out, they are quite delicious.) as he is in a meeting with Icelandic officials. Two Icelandic boys even had the privilege of getting a lift home from a swimming pool when their mother ran late for pickup. Guðni has no interest in nonsense ceremonies as well. He recently abolished the tradition that he be escorted to Keflavík airport when heading abroad for official visits. He also stated that he was against a pay raise for the embassy of the President. Oh, Guðni, you are too much. 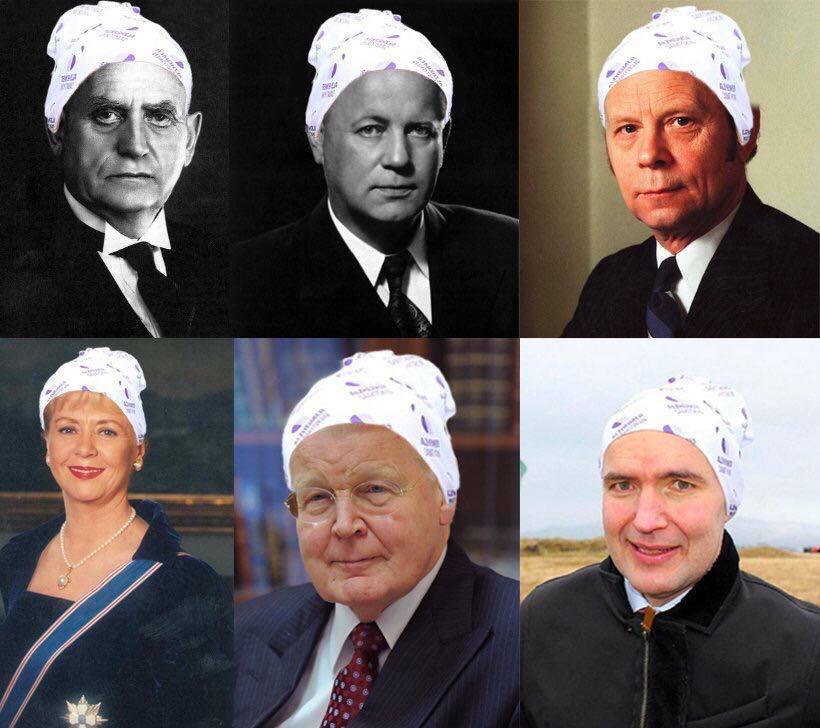 People have enjoyed his peculiar fashion sense as he likes to don colourful socks and ties with perplexing patterns. Also, we can’t really skip mentioning the fact that our President wears the popular children’s headwear Buff. He has been seen wearing the less-than-fashionable protective cover and claims to have a sizeable collection. Normally seen on the heads of schoolchildren whenever there is a nit outbreak in public schools, it is our everyman President’s headwear of choice for cool days. He has worn Buff on official Presidential outings and the Buff of the association for Alzheimer’s awareness of Iceland became somewhat of a fashion item after he was spotted donning it. We are going out on a limb here but this is probably the first instance in history where a president sports a Buff in an official setting. This lead to Icelandic Twitter user Árni Torfason putting together a collage of Iceland president’s of the past alongside Guðni. Look at him! How cute! 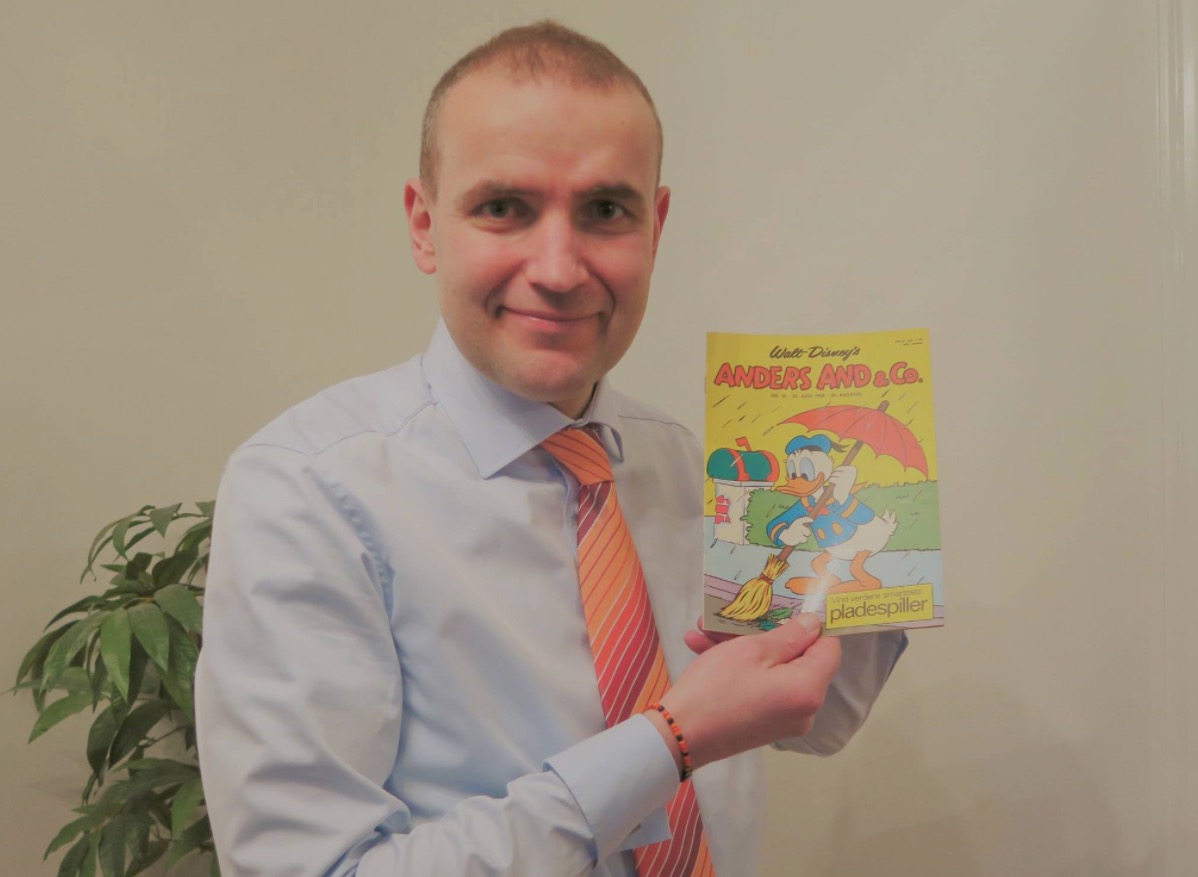 He is not without his critics, as some Icelanders believe that Guðni is too neutral. He has, for example, been pressured to take a stance on refugee matters and improve how Iceland handles the arrivals of refugees to the country. His support of special stickers, which are meant to be placed on glasses to block the usage of so called date rape drugs, has also garnered criticism. The stickers are said to be shifting the blame towards women and as Guðni is the official protector of the project he has had to answer for it. His detractors also point out that he is not quite stately and that his laid back attitude reflects badly on the embassy of the president. However, his popularity ratings have been consistently high, he surveyed in at a record high 85% acceptance rate in April and it only dropped to 81.1% in last June. We seem to really like this guy and his Buff wearing antics! 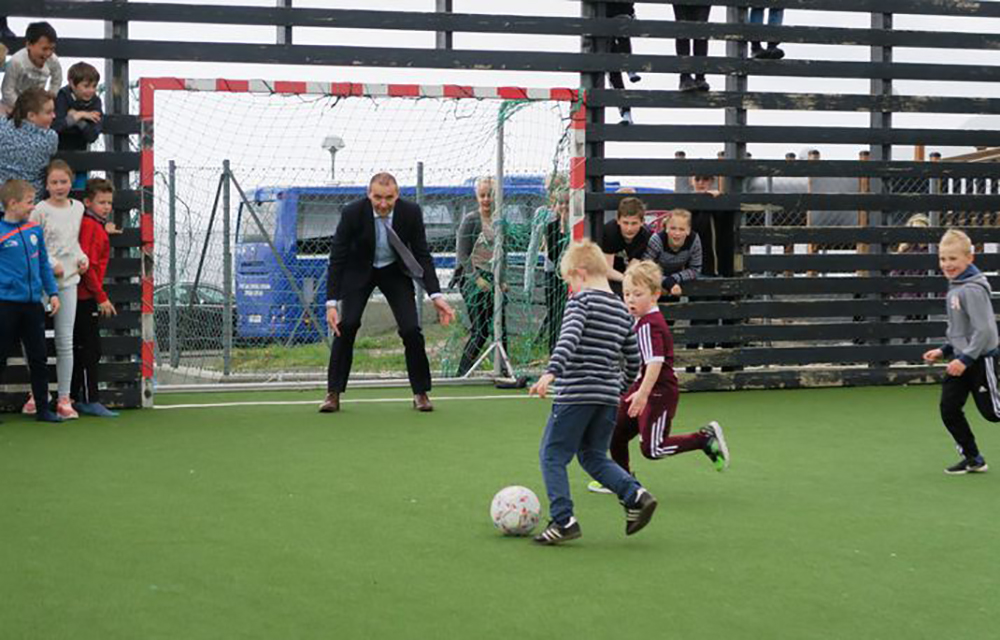 Our president runs in marathons, takes a dip in our geothermal swimming pools, loves selfies, reads Donald Duck and is active on Facebook. He is the epitome if Icelanders and that is why we love him. Guðni and his everyman persona is a role model for us all. Just a regular dude who wound up in the Presidential office. Keep on doing you, Guðni!