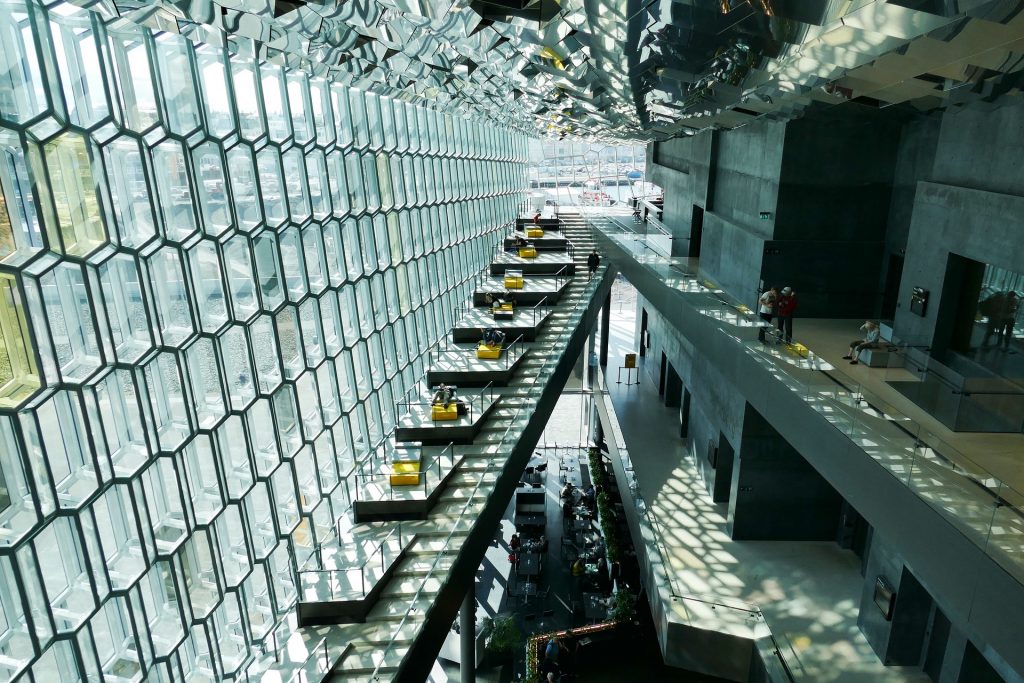 All the Ins and Outs of Harpa Concert Hall & Conference Centre

Harpa is one of Reykjavík’s best-known landmarks. It is Iceland’s biggest concert and conference hall, hosting a broad range of events including concerts, conferences, meetings, plays, promotions, and public events. Harpa is 28,000 square metres and stands at the edge of Reykjavík harbour. Its glass façade which lights up in the dark is a great sight, especially during Iceland’s long winter nights. In this article, we will tell you more about Harpa.

Harpa was designed by the Danish firm Henning Larsen Architects in cooperation with Icelandic artist Ólafur Elíasson and opened to the public in 2011. The building features a distinctive coloured glass façade inspired by the basalt in Iceland’s landscape. It has a steel framework clad with glass panels of different colours. Lights in the panels can change colour and create different patterns. Harpa features a foyer area, four halls, and a backstage area with offices, a rehearsal hall, and changing rooms. On the fourth floor there is room for smaller shows and banquets. The main halls represent Fire, Air, Earth, and Water, and these themes are reflected in the interiors. The main concert hall, Eldborg, for instance, has a completely red interior, and with the basalt-inspired façade, a comparison to a volcano is easily made. In 2013, the building won the European Union’s Mies van der Rohe award for contemporary architecture.

Plans for Harpa were made and approved before the 2008 Icelandic financial crisis. Construction of Harpa started in 2007, but was halted at about 40% when the financial crisis started. Completion of the project was uncertain and seeing the unfinished building during the crisis was a sore spot for Icelanders. The question why a small city would need such a large venue surfaced during the economic collapse. The government stepped in to fund the rest of the construction costs at a time where there was not enough money to keep all hospitals running and during which Icelanders were dealing with huge debts. Building of Harpa was therefore heavily criticised. However, Harpa has proven its use and is a much appreciated landmark in the city these days.

What to do at Harpa Concert Hall

Harpa is open to everyone, and you should definitely add a visit to Harpa to your itinerary, whether it’s for a show, to buy souvenirs, to go to a concert, to look at its impressive architecture, or to have dinner. Harpa houses the Iceland Symphony Orchestra and there are regular classical concerts. The Icelandic Opera also performs at the concert hall. In addition, there may be guided tours during your visit. These tours are in English and take 30 minutes. During the tour, you learn everything you want to know about Harpa, and you get to see areas normally closed off to the public.

Check out the full event programme on Harpa’s website.

Hnoss is a new restaurant inside Harpa Concert Hall, run by i.a. Fanney Dóra, who previously worked as head chef at Skál! which received the Bib Gourmand Michelin guide award. The restaurant is open to all Harpa’s guests, and drinks and snacks are on offer before and after shows. Additionally, there is an a la carte menu with a pairing wine list. Focusing on local food, vegetable-oriented dishes are mixed with high-quality Icelandic fish and meat. A terrace connects the restaurant to the harbour and downtown areas, making it the perfect location for a short break. It is scheduled to open at the end of August.

You can see Harpa in an episode of Netflix series Sense8. Episode 10, “What is Human,” features a scene where one of the character’s Icelandic father is giving a performance at Harpa Concert Hall. Harpa also appeared in Netflix’s Black Mirror, in the episode “Crocodile.” 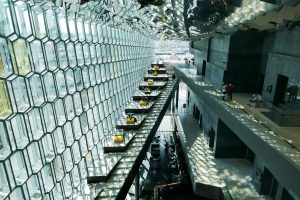 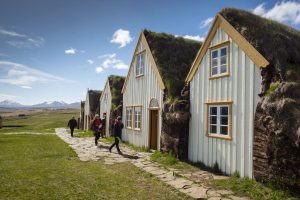 Everything You Want to Know About Icelandic Turf Houses 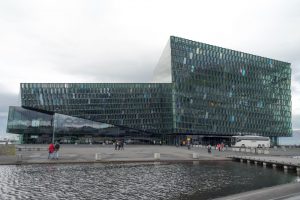