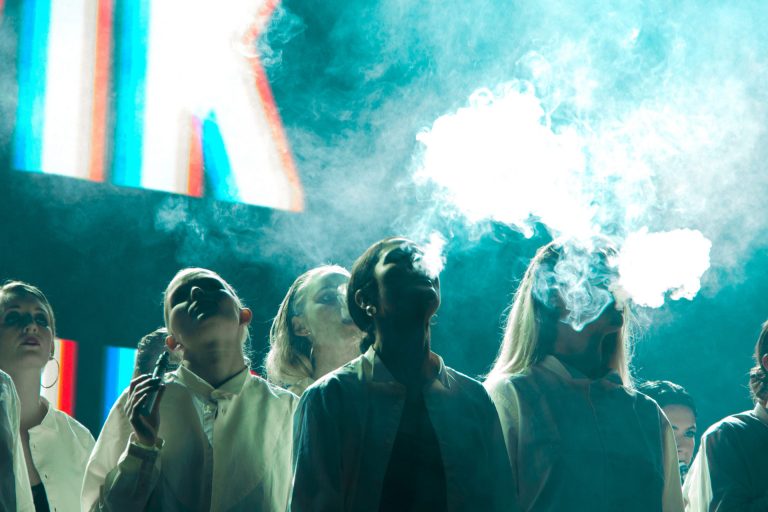 Iceland Airwaves has been around since 1999 and it never fails to unearth some new talent each year. The festival started out in an airplane hangar but has grown into the (relative) behemoth it is today. It’s a festival with quite a unique feel as it takes place all over the Reykjavík city centre. Airwaves has provided a jump-starting platform to countless artists through the years. Artist such as Clap Your Hands Say Yeah, The Bravery, and the Rapture all started their international careers during the festival. Airwaves is a showcase for Icelandic artists as well as artist such as Sigur Rós, GusGus, Of Monsters and Men, and Kaleo have performed at the festival. The festival is one of the best ways to get to know the city – and more importantly where the best parties are at. You might straggle in the rain as you wait in a queue so it is a must to warm up by dancing once you hit the venue! By the way – you have to find your way to some afterparties.

The festival is one of the best ways to get to know the city – and more importantly where the best parties are at. You might straggle in the rain as you wait in a queue so it is a must to warm up by dancing once you hit the venue! By the way – you have to find your way to some afterparties. Here are some of the hidden gems that the festival always provides. Be sure to check out their shows!

Whenever Hatari perform, it feels like doomsday is upon us. The group has been touted as one of the best live band in the country. Hatari is a brew of horror movie costumes, punk, doomsday poetry, and well… dance music. Their performances are shock inducing and visually enthralling at the same time. Although their music is not everyone’s cup of tea – they know how to put on a show.

Young Karin is back! Her newest single, ‘Peakin’, marks her return from a hiatus. Young Karin has been taking down numbers, alongside hit producer ‘Logi Pedro’ of Retro Stefson fame, since she first arrived on the scene in 2014. Check out singles such as ‘Hearts’ & ‘Rolling Stones’. Young Karin is a must-see concert if you are impartial to some high-quality pop music.

Fufanu’s sound has been described as post-punk blended with cold techno and chewy synthpop. In simple terms – Fufanu is really good and have a sound that’s unique to them. The trio is fresh off the release of ‘Sports’, their second full length LP. One thing is for sure – Fufanu ooze old-school cool.

It seems that everything Birnir touches turns into gold. One can easily spot how much fun this Kópavogur-born rapper has on stage. He both has spitfire trap hits as well as gloomy R’n’B in his repertoire. And you can bet that you will see him featuring in other hip-hop concerts at the fest! His newest single ‘Já ég veit’ (Yeah I Know), is 2004 style throwback banger, released just in time for Airwaves.

Time for a different tune. This year’s festival features folk music heavily, with heavyweights such as Fleet Foxes rolling into town. Ösp is a must-see for folk enthusiasts. She has worked with artists such as Basement Jaxx and Imogen Heap, whom she assisted in the making of the hit song ‘Hide and Seek’.  Her recent album, ‘Tales from A Poplar Tree’, has many claiming that Ösp is the Icelandic folk songstress.

Milkywhale are one of the most fun bands in the Icelandic music scene. They have been described ‘as a bowl of Skittles combined with eight double espressos, topped with the mania of receiving both a new puppy and a trampoline on Christmas morning’. Their shows are full of dance-party-pop music as the lead singer and performer Melkorka leads you through dance routines. Prepare to unleash your inner dancer – there’s no standing still at a Milkywhale show.

GKR shot onto the hip-hop with the hit song ‘Morgunmatur’ (Breakfast), which samples Legend of Zelda and is accompanied by the most colourful video you will ever see. GKR is a jack-of-all-trades in as he goes through the whole emotional range in his shows. His songs range from emotional, to party, to bangers – but his songs are always filled to the brim with bars. He knows how to get a show going as so make sure you attend one of his shows at Airwaves.

This trio makes the finest R’n’B Iceland has to offer. Gangly can be described as alternative R’n’B as the soundscape they have created is a sort of cross between electro, R’n’B, and pop. Gangly is led by singer Jófríður Ákadóttir, of Samaris fame, with Sindri Már Sigfússon, AKA Sin Fang, and Úlfur Alexander Einarsson of Oyama.

Kælan Mikla is punk, synths, poetry, morbid lyrics, rituals, and melancholy all rolled into one. They have an uncanny ability to draw the audience in and take listeners to places they’ve never ventured before. This trio of girls is dark, gritty, and experimental – and their shows are definitely worth seeing. Do not worry if you are wondering whether you should dance or cry.

Moses Hightower are sooo smooth. You couldn’t make their shows smoother if you lathered the venue in Johnson’s baby oil beforehand. The group was a most welcome addition the Reykjavík music scene flora when they arrived in 2007. They have been described as “unlike anything else in Icelandic music”. What are they? It’s difficult to really put your finger on it – but expect 70s soul mixed with soothing R’n’B.

If that didn’t hit the spot (how could that possibly be the case?), these artists will definitely do.

Lord Pusswhip is often named the king of the Icelandic underground hip-hop scene. His set this year will see him DJ and showcasing his beats.

Grísalappalísa can’t really be defined. The band is a genre bending seven-piece. All over the place in terms of sound – yet somehow, they always find themselves in the right place.

GDRN has been making waves recently with her R’n’B sounds. She hasn’t been on the scene for long but she has already made listeners sit up and take note.

Halldór Eldjárn is still quite young but already a veteran of the Airwaves festival. He will both perform with his electro dance band SYKUR as well as a solo, drum-based, show.

A seemingly endless amount of exciting Icelandic artists will hit the stage at this year’s edition. Check out this playlist featuring some of the hottest talent we have on show this year. Aron Can, Sturla Atlas, FM Belfast and Young Karin are some of the names you have to check out. 50 artists, 50 songs. Enjoy! 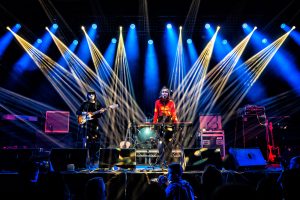 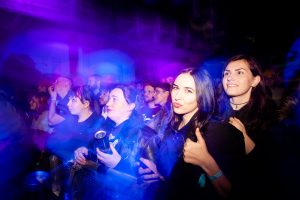