Hiking in the Mountains Close to Reykjavík

Iceland is known for its wild and untamed nature and one of the best ways to get in touch with it is to go hiking. You don’t have to go far outside the city for a great hike, and the mountains close to Reykjavík are some of the best hiking spots you’ll find. Just be sure to check the weather forecast before you set off, the fickle Icelandic climate is not to be trusted, no matter how nice it looks when you set out. If you’re headed for a longer hike than a few hours, make sure you have the right equipment and that someone knows where you’re going and when you’re supposed to be back. 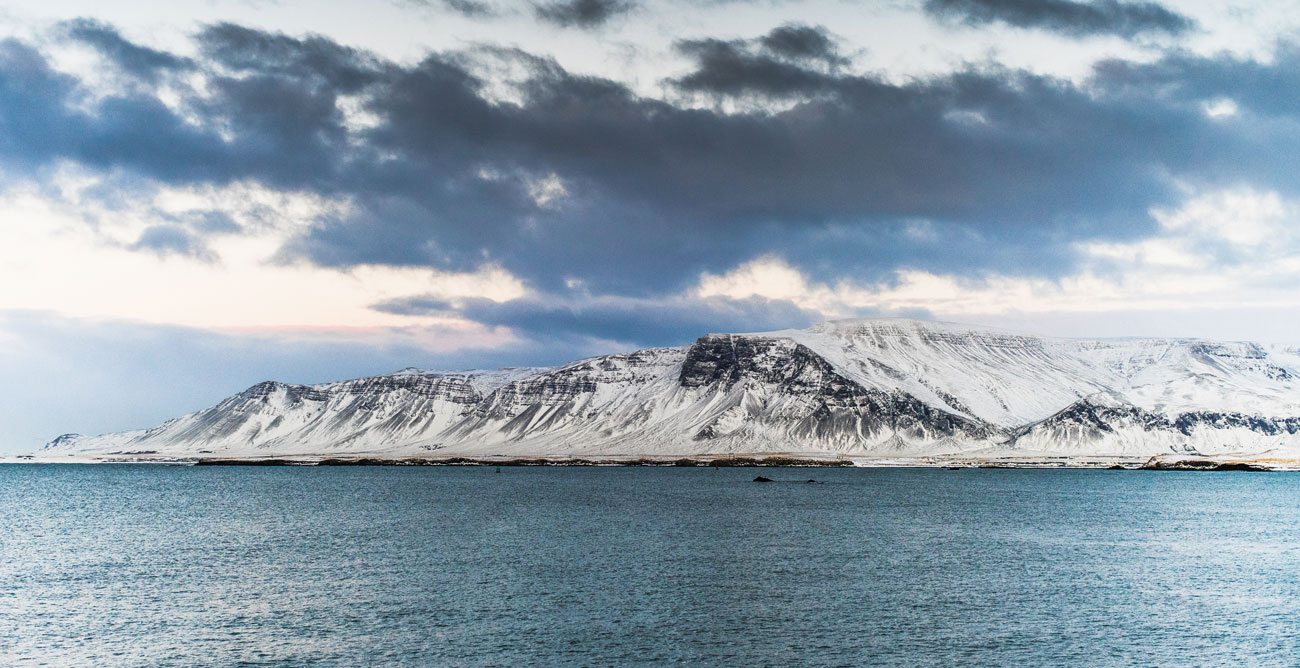 For Reykjavík locals, the most popular hike in the whole surrounding area is mount Esjan. The stately mountain is a short drive away from Reykjavík but it’s visible from the city centre and its friendly presence has often been noted in poetry and literature concerning Reykjavík. The mountain is directly north of the city and people are so used to it that for many Reykjavíkians, pointing at Esjan is the only way they can be sure where north is.

The hiking trail up Esjan is well worn and you’ll be sharing the trail with locals getting out of the city and into the fresh mountain air. Although there are a few possible routes up and around the mountain, the most popular route lies straight up from the visitor centre at the roots of the mountain. Most hikers stop at the big rock ingenuously marked Steinn (transl. Rock), since the path becomes more difficult after that, although if you’re an avid hiker looking for a longer hike, there are longer routes up the mountain to different peaks. Those trips require more preparation, however, so if you’re interested, seek out more information. If you do go all the way to the top, don’t forget to sign the guestbook! The view from Steinn is pretty good though, so it should satisfy most hikers.

How to get there – You can take the bus! Route 57 stops at the Esjurætur hiking centre. If you’re taking a car, just follow route 1 north out of the city, through the town of Mosfellsbær and stop by the hiking centre.

If Esjan is the most popular hiking route in the area surrounding Reykjavík, Helgafell is a close second. Not as steep as the Esjan, Helgafell is perfect for a family hike. Hafnarfjörður is a little town right next to Reykjavík, known as the town on the lava field. Surrounding it is a rough and rugged lava field, partly covered by puffy moss and other flora. In other words, it feels like an extra-terrestrial landscape.

Helgafell isn’t tall, just 338 metres and the hills aren’t steep either, making the mountain perfect for a family outing. Despite not being particularly tall, the landscape surrounding Helgafell is relatively flat which means that the view from the top over Hafnarfjörður and a bit further away, the city of Reykjavík, is pretty great.

Just make sure you’re heading to the right mountain, especially if you’re using a GPS to help you get there. Helgafell is a common name for a mountain in Iceland and there is another one in Mosfellsbær and a famous one on the Snæfellsnes peninsula.

How to get there – Drive to Hafnarfjörður like you were on your way to the airport but before you leave town, turn onto Kaldárselsvegur and continue on that way until you get to the parking lot where the hiking trail starts. 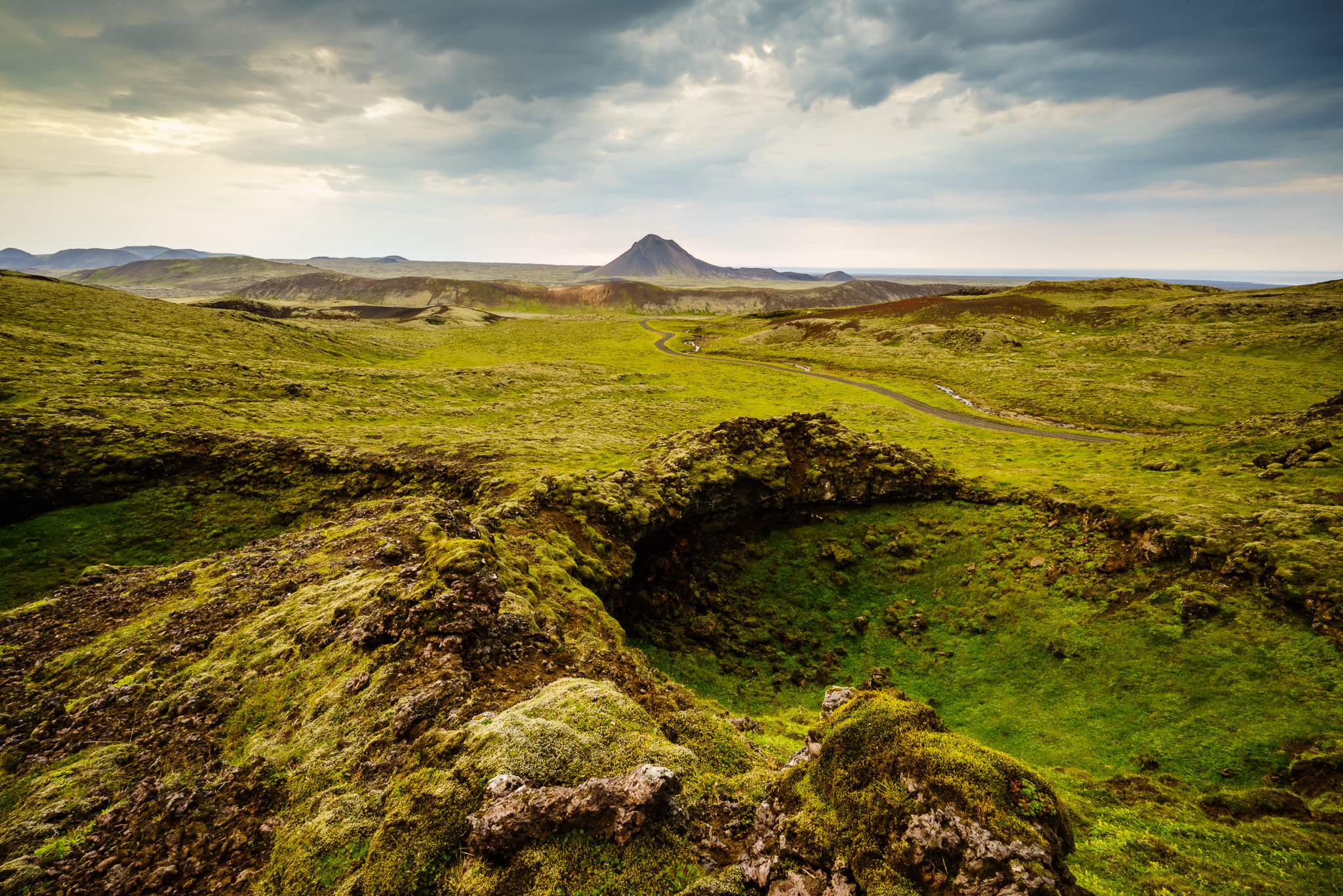 For most visitors to Iceland, one of the first Icelandic mountains they see is mt. Keilir, an almost perfectly cone-shaped mountain on the way from the keflavík airport to Reykjavík. Keilir’s perfect shape rising from the flat lava fields around it makes it almost look like a cartoon mountain and it’s certainly a striking one, rising from the blackness of the lava. The curiously flat landscape surrounding the conical mountain makes sure that it sticks out, so much so, in fact, that Keilir was for years used by sailors as a guide when sailing in the rocky waters around the Reykjanes peninsula.

Despite its looks, Keilir is not actually a volcano. Instead, it was formed during a volcanic eruption underneath a glacier, resulting in the unusual shape. Keilir is not particularly tall, a little under 400 m above sea level. The slopes aren’t steep either, so the hike is not particularly difficult, just enough to be challenging! The hike to the top is 7 km and takes about 2-3 hours.

How to get there – Take route 41 out of town like you were on your way to the airport, then turn on to road 420 which leads to the parking lot where the hike up to Keilir starts.

There are of course plenty more mountains close to Reykjavík suitable for hiking but these are some of the most popular ones. If you’re interested in a longer hike or different routes, contact the What’s On Information Centre for more information. If you’re unfamiliar with the Icelandic nature, consider taking a guided tour for your safety. 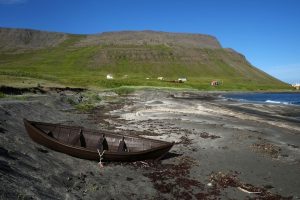 Hiking in Iceland – A Guide to Hornstrandir Nature Reserve 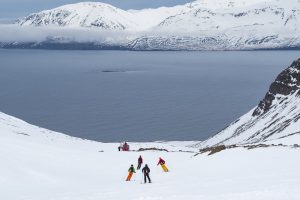 Best Ways to Stay Active in Iceland in Winter 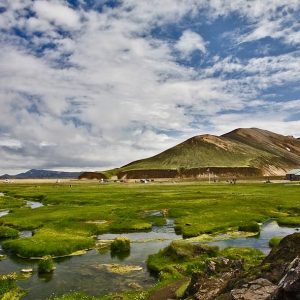 Hiking in Iceland: How to Get to Landmannalaugar, Þórsmörk and Skógar