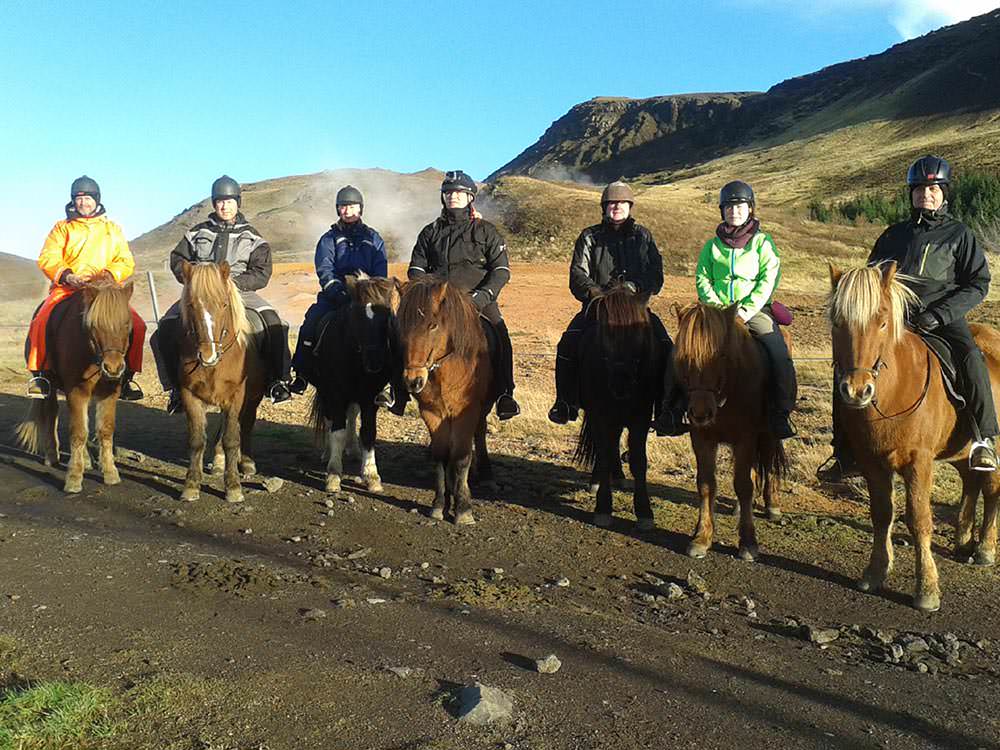 Horses and hot springs – Iceland up close and personal

Sometimes you have to make sacrifices to get what you want. For instance, when I recently wanted to go check out the Hot Springs on Horseback tour, a uniquely Icelandic experience, I had to get up really early. I usually think getting up early in the morning for trips is still pretty much worth it, but as the days get darker and darker, it’s really starting to test my willpower to get up in the morning. I managed, in the end, and it’s safe to say I did not regret it. After waiting a bit for the pick up, we were on our way to the farm. On the way there I discovered that the group was comprised of Swedish people exclusively except for me, so I was the odd one out. That wasn’t a problem for long, though.

When we got there we met our guide, Sif, and were issued our riding gear (an obligatory helmet and optional rain gear, boots, gloves, hats, etc.). After putting everything on I realised that my camera would have to stay behind as it is too big and no bags are allowed on the trip. I was a bit disappointed to leave the camera behind but I forgot all about it once we were on our way. When everyone was dressed up and ready to go we set sails. Or rather, we got into the saddle. 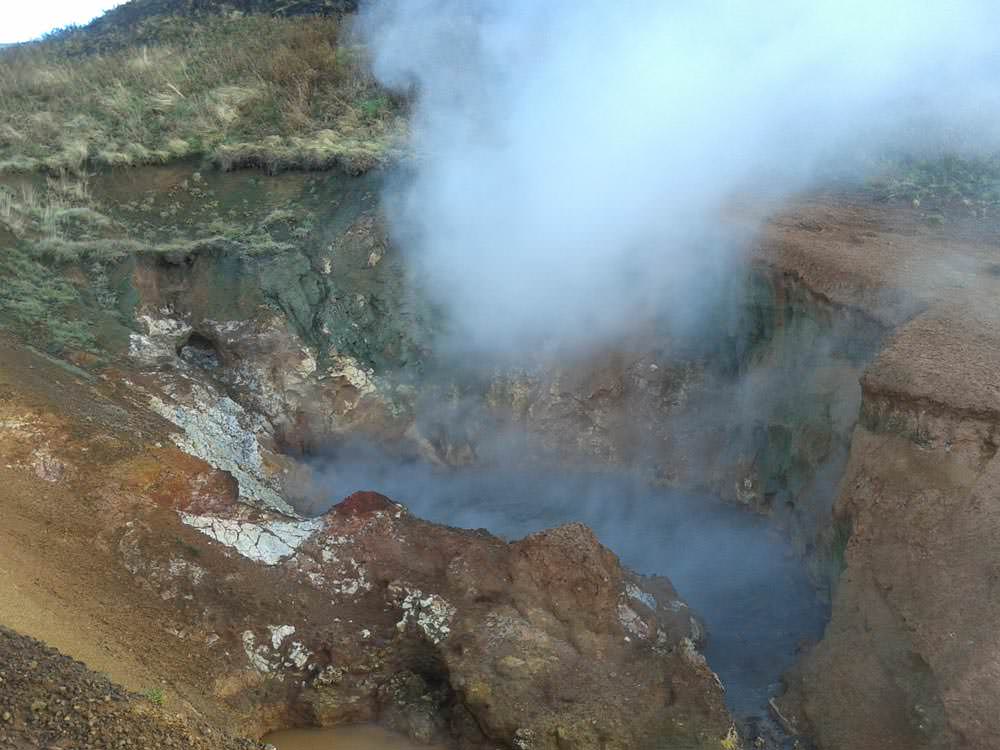 An Expert Rider In The Making

This trip was my first time riding a horse without someone controlling it for me which was a bit scary at first. My horse, Roðadís, was very stubborn at the start of the trip and I was beginning to think that the whole trip is going to suck. I felt really lost and was crying a bit on the inside but the guides were very friendly and helpful in explaining what to do with Roðadís so that she would listen to me. It eventually did happen, thankfully, and I ended up liking her a lot. 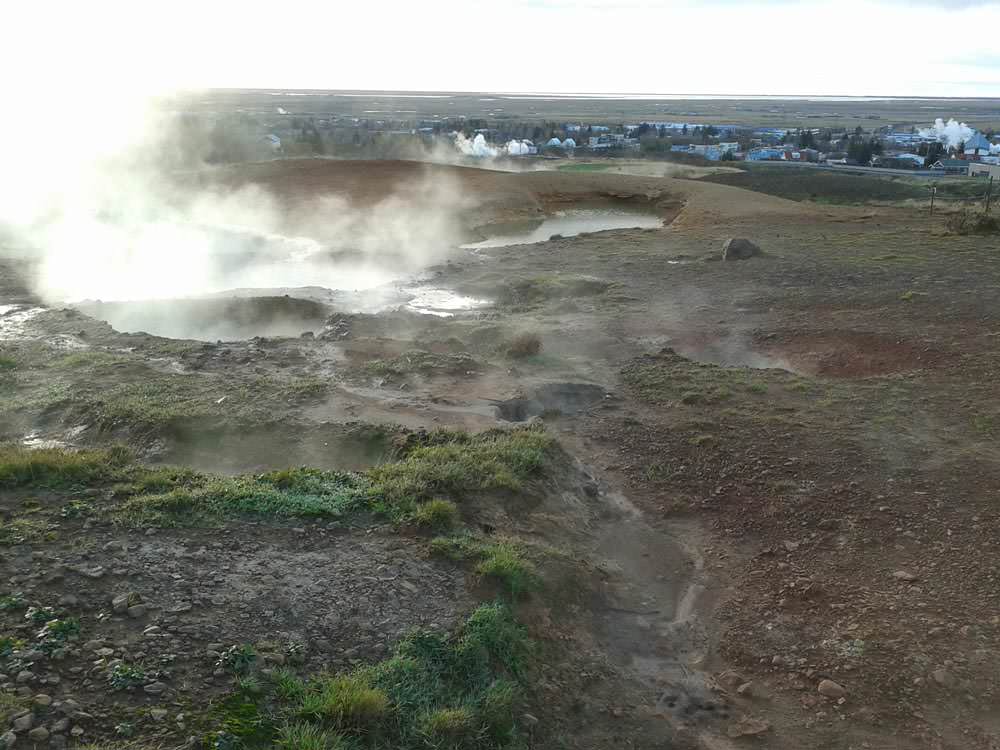 At One With Nature

I was starting to feel more at home on horseback, almost like a cowboy riding into the sunset, or rather, the sunrise. The landscape all around was breathtaking as usual in Iceland and being on horseback felt like a completely different experience from walking and driving around; in some way it felt much more personal. A shared experience with another living, breathing being.

We stopped at a geothermal area where we had some hot beverages and biscuits and talked about the trip, sometimes in Swedish, sometimes in English. The group agreed that horses and hot springs was something everyone had to experience while in Iceland. On our way back we got to try out one of the special gaits unique to the Icelandic horse, the tölt. Even having a limited experience with horses, I found it quite comfortable. 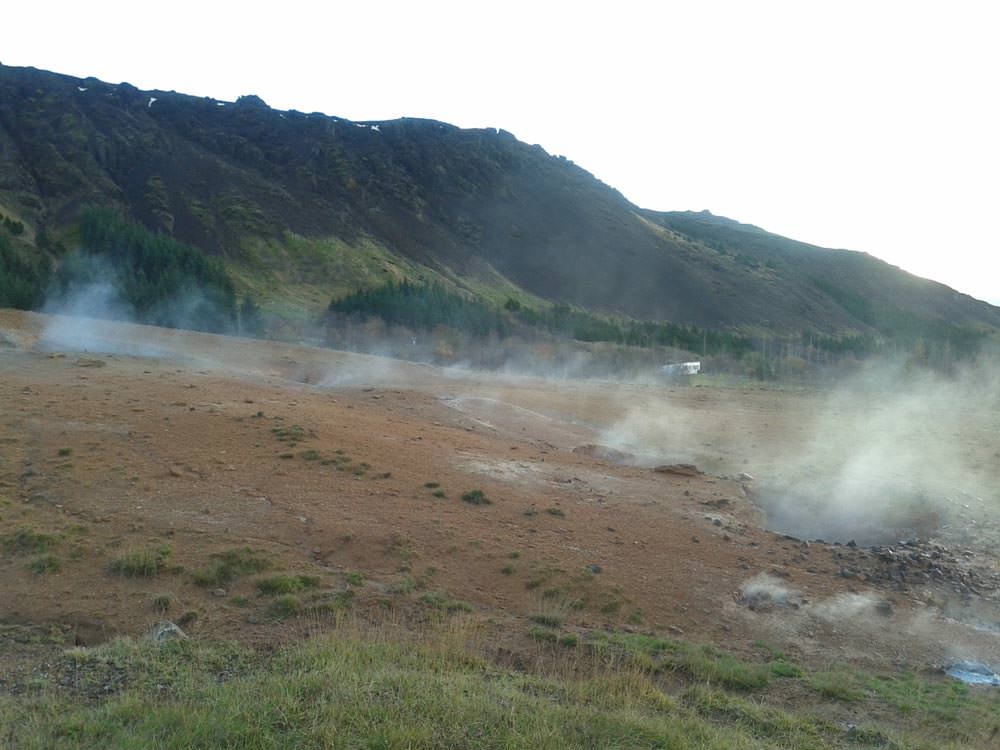 I’d do it all again!

The weather was great and Roðadís and I ended up getting along very well. By the time we got back to the farm, I was exhausted and on the way back to Reykjavík I kept almost falling asleep. Then the next day, the pain started. Apparently I had used muscles that day I never even knew I had… But despite the fatigue, the pain of sore muscles AND having to wake up before dawn, it was still worth it!

Want to check out Hot Springs on a Horseback?