How to Party in Reykjavík in July: What’s On Weekend Update First of all: happy birthday America! ‘Murica!! Iceland is almost a thousand years older than America. And Yet nobody remembers our birthday (It’s June 17th).

KEX Hostel / KEX Country Festival.
Country music is from America we hear, so it’s appropriate that it’s been a big country music festival at KEX since Thursday, finishing with a big country party on Saturday the 4th, starting at 8:30 PM. Playing will be the Kex Country All Stars, which must be pretty cool, whoever they are. There is a cover at the door.

Húrra Bar / HúrraJazz every Monday: July 6th, 13th, 20th and 28th
HúrraJazz is a weekly jazz concert and they start every Monday at 9:30 PM. Free entry.

Kex Hostel / KexJazz every Tuesday: July 7th, 14th, 21st and 29th
KexJazz is a weekly jazz concert at Kex Hostel and they start every Tuesday at 8:30 PM. Free entry.

Húrra Bar / LIVE MUSIC: Útidúr & Indriði.
Útidúr accompanied by Indriði.  Útidúr were called the ‘Beirut of Iceland’ in their early days, and not without a reason. Their songs are exceptionally entertaining and well-executed on stage. Doors open at 08:00 pm. Cover is only 1000 ISK.

We sometimes call Thursday “Little Friday” and this week you can see why: there’s a LOT going on.

Gamla bíó / LIVE MUSIC: Mammút & Samaris.
The Icelandic bands MAMMÚT and SAMARIS will join forces on the 9th of July in the old theater, GAMLA BÍÓ, Ingólfsstræti 2a, 101 RVK. A visual experience will take place while the bands will interfere with each others’ music. The bands promise to put on a spectacular show! Mammút is a powerhouse on stage, delivering series of searing post-punk songs that are splendidly fractured and neurotic. Samaris got quick recognition in their home country for their original sound. The trio mix glacial electronica and pulse-like beats with haunting chanted vocals – the lyrics culled from nineteenth century Icelandic poems. The overall effect is simultaneously ancient and modern – a sensual sound filled with dark spaces and alien atmosphere. The two bands have been considered the most fresh and moving live acts from Iceland. 3900 ISK. Doors open at 20:00. Concert starts at 21:00

Gamla bíó / LIVE MUSIC: Kaleo
Kaleo is an indie-pop band which took Iceland by storm when they appeared in the “Music Tryouts” competition in 2012. This concert will follow the publication of their newest album, after touring in the USA. Featured will be some of their new music, as well as their more established hits. Their sound has been described as folk/’classic-rock’ – don’t miss this great opportunity to experience modern Icelandic music. 4990 ISK. Doors open at 08:00 pm.

Laugardalshöll / PARTY: Snoop Dogg.
Rap legend Snoop Dogg is coming to Iceland to throw a party under his alias DJ Snoopadelic. As “Snoopadelic,” he tours the world and throws awesome parties, spinning some of his favourite records and performing some of his own hits. The Laugardalshöll arena will be transformed into a giant club, with Snoop MCing DJing and rapping with dancers and a 3-hour show. 8990 ISK. Doors open at 08:00 pm.

Boston Reykjavík Bar / LIVE music: LOJI.
Loji is an artist from Reykjavik. His emotional songs touch the core of our being.  FREE ENTRY, starts at 09:00 pm.

Húrra Bar / LIVE MUSIC: Grísalappalísa.
Can you tell that I am a fan? Grísalappalísa is STILL a seven-piece pop outfit from Reykjavik, Iceland. On this day, they will ALSO be armed with razor-sharp lyrics and block rockin’ beats, and their shows and musical output are STILL second to none. Small cover charge probably.  Begins around 09:00 pm. 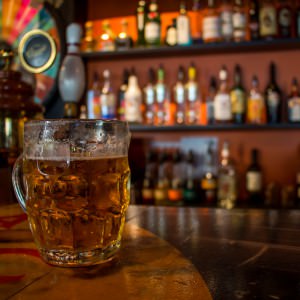