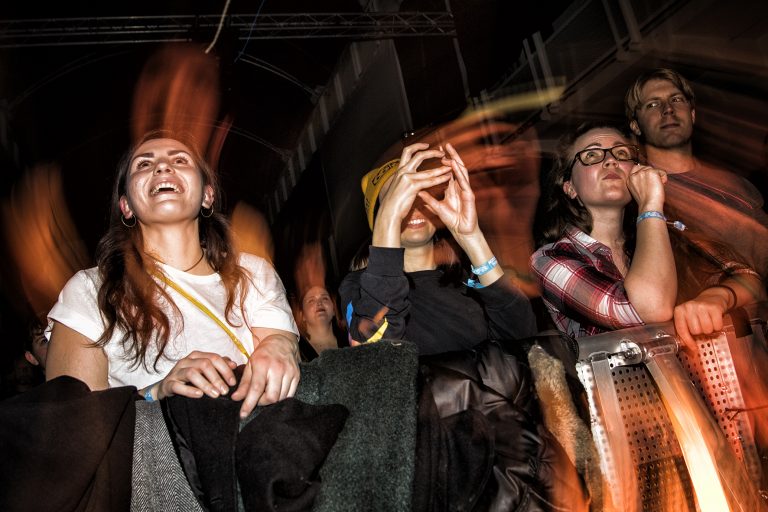 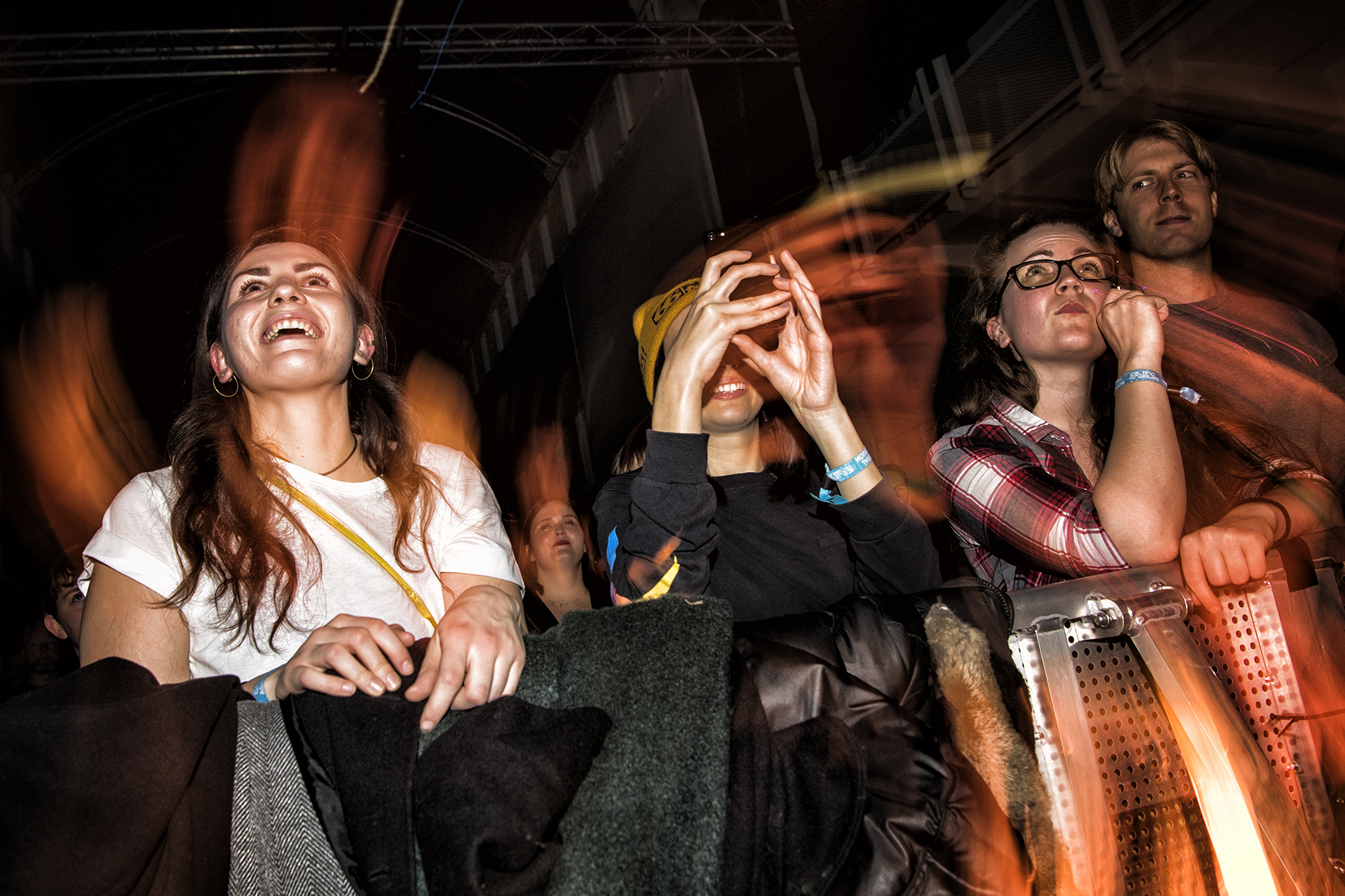 On Saturday night I started by going down to Húrra to see the fabulous one-man electronic project Mighty Bear. When I walked in, the door into the dance hall where the concerts took place was closed with many fans waiting in anticipation to see what was behind. When the door opened, a large psychedelic image of Mighty Bear projected on a see-through curtain was revealed which set the mood for what was about to happen. Mighty Bear appeared on stage behind the see-through curtain, wearing his famous drag outfit with a golden crown on his head covering his eyes, and what appeared to be a white mask underneath. The videos projected on the curtain in front of him were eerie silent era films and video art that fitted perfectly with Mighty Bear’s heavy electronic drone music. The set started with his heavier songs, but the artist was very cheerful in between the songs when interacting with the audience. Ending in heavy but more danceable songs, the set was like a thunderstorm.

As there was still some time to kill before heading down to Harpa for Team Dreams, I decided to stay at Listasafn Reykjavíkur to see Icelandic sweethearts JóiPé and Króli. They emerged into the Icelandic music scene last year when they were just high school students with their hit song B.O.B.A. and stayed on top of the charts in Iceland for weeks. This time they had a whole band playing with them for the first time, including a trumpet player, guitarist and a drummer. JóiPé and Króli play soft jazzy hip hop which they definitely put their souls into with their honest lyrics and performance. The venue was packed with an audience, many of whom were mouthing their Icelandic lyrics the whole time as the duo is very popular among locals. The crowd went wild when they performed one of their newest hits Þráhyggja (Obsession) and Efast (Doubting). As I had to run down to Harpa to catch Team Dreams I, unfortunately, missed B.O.B.A. but I’m sure it must have blown the roof off Listasafn Reykjavíkur.

I was excited to finally get to see Team Dreams, which is a supergroup consisting of established Icelandic artists Sóley, Sin Fang and Örvar Smárason. Their set started calmly with ambient vibes that went on through their show with more beat to follow. They played soft and dreamy electronic songs with beautiful and epic melodies. The sound in the Flói hall in Harpa was just perfect for Team Dreams’ music, and the audience had enough space to just be in their own world while immersing in the otherworldly music. Right before the end of their set, the band announced that this was the Team Dreams’ last performance together and I sure hope that was a lie.

When I got to Húrra once again there was a huge line. The venue was packed as I’ve never seen before for Icelandic artist Berndsen who plays italo-disco inspired synthwave. He was as usual accompanied by artist Hermigervill on synthesizers and a guitarist. The set started with Berndsen getting the audience to shout his name, followed by his song Data Hunter and some vocoder madness. Berndsen had entertaining interaction with the audience through the whole show, including lifting his shirt over his head and weightlifting the microphone stand as well as switching outfits several times. The performance was super energetic, the audience was moving and the air was super sweaty. The crowd went crazy when he performed one of his older hits Supertime, Hermigervill swinging his long braids wildly and Berndsen dancing like a maniac. I loved the show but I felt the venue was a bit too crowded to enjoy it to the fullest, as I was crammed between two men the whole time and couldn’t really move as much as I wanted to.

It felt good to walk out of Húrra into the fresh cold air. I decided on heading down to Gamla Bíó to catch the latter half of Júníus Meyvant’s concert, who is one of the bigger names in the Icelandic indie scene at the moment. The downstairs area at Gamla Bíó was a bit too crowded so I went upstairs to the balcony where the view was good for a small person like me. Júníus Meyvant was accompanied by a large band including a trumpet player and saxophone player and he played guitar himself. The music was happy indie folk with brass, something to listen to on a Sunday road trip to the countryside. The bassist wore a cowboy hat which definitely added to the folky feel. His music was easy to listen to and it was obvious that it appealed to a wide range of audience. 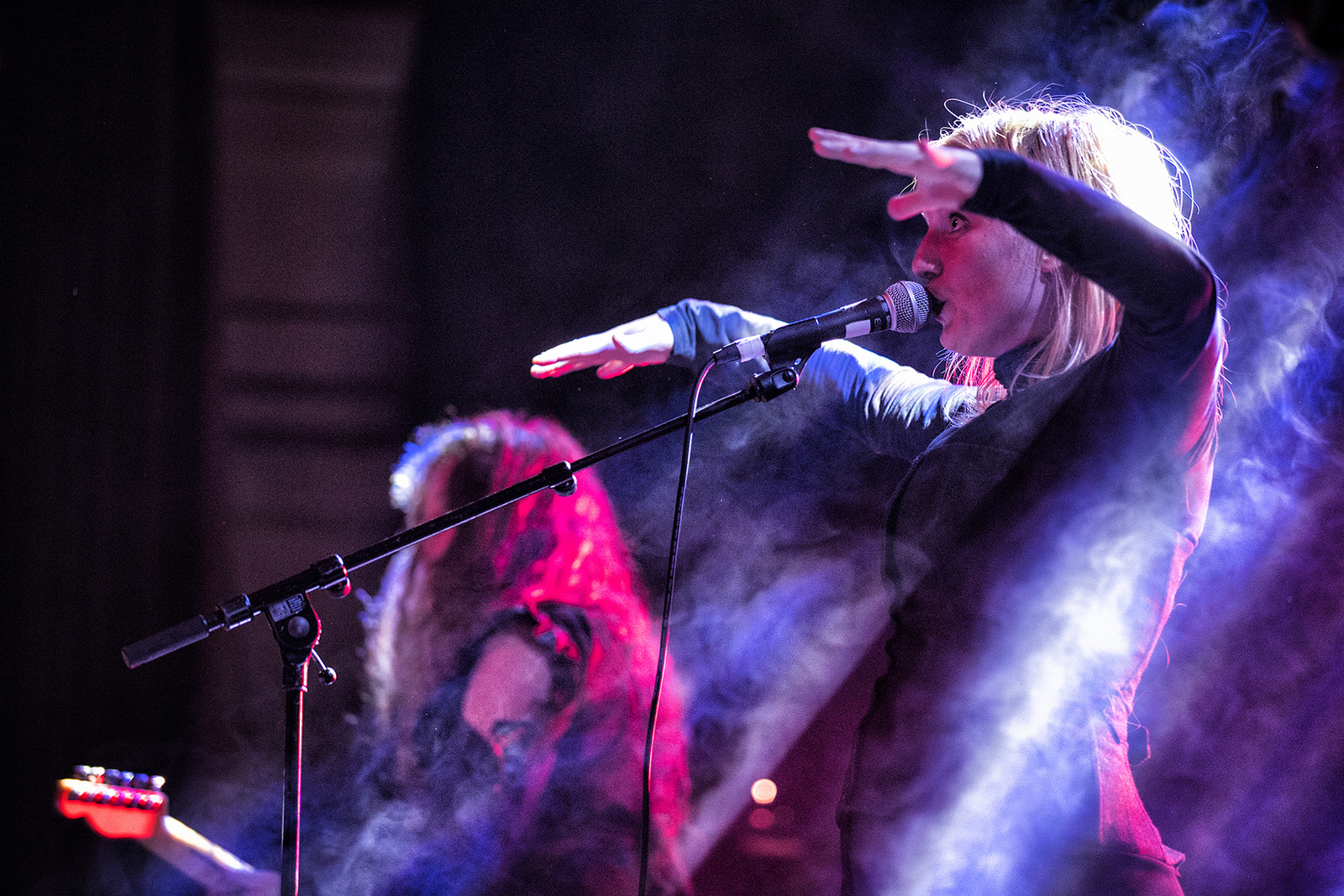 After Júníus Meyvant’s concert, I walked to Iðnó to see Icelandic indie band Mammút. The venue was almost at capacity but I managed to sneak in right before the concert began. I hadn’t seen them perform in a long time or not since they departed with their former drummer. This time they had loads of new amazing songs which were still very Mammút-y: Indie rock spiked with heavy and catchy riffs with lead singer Katrína Mogensen’s amazing voice and dance performance on top. Their most recent music video was screened on the wall behind them to their song What’s Your Secret which was stunning. Mammút’s newer songs were all in English as they now have a huge international fanbase, but they of course performed some of their older hits in Icelandic to everyone’s pleasure.

The Saturday night was by far the sweatiest night of Airwaves. Even though there were no huge headliners this year, the festival was a blast and a great way to discover new artists in the Icelandic music scene. 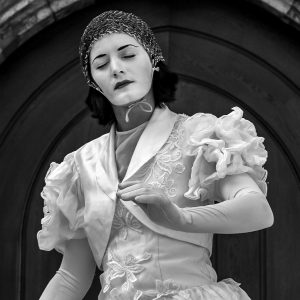 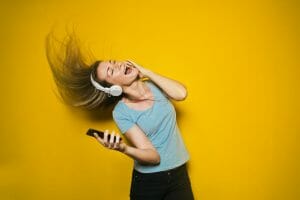 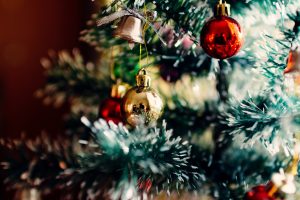 The Best Christmas Events in Reykjavík