The Iceland Airwaves plan for Saturday night was to go off-venue hopping and while battling the searing wind and blistering cold (I almost died), that was exactly what we did.

Girl band from Dublin were at Kex hostel. Not really my cup of tea. Then we saw the Icelandic band Himbrimi at Bunk bar, which was a very special surprise. It’s actually amazing that you can find local bands you don’t know, but it just shows how many terrific musicians we have here. The last off-venue show we saw was Jaakko Eino Kaveli, who killed it with his synthesizer! And that set the tone for the rest of the night. 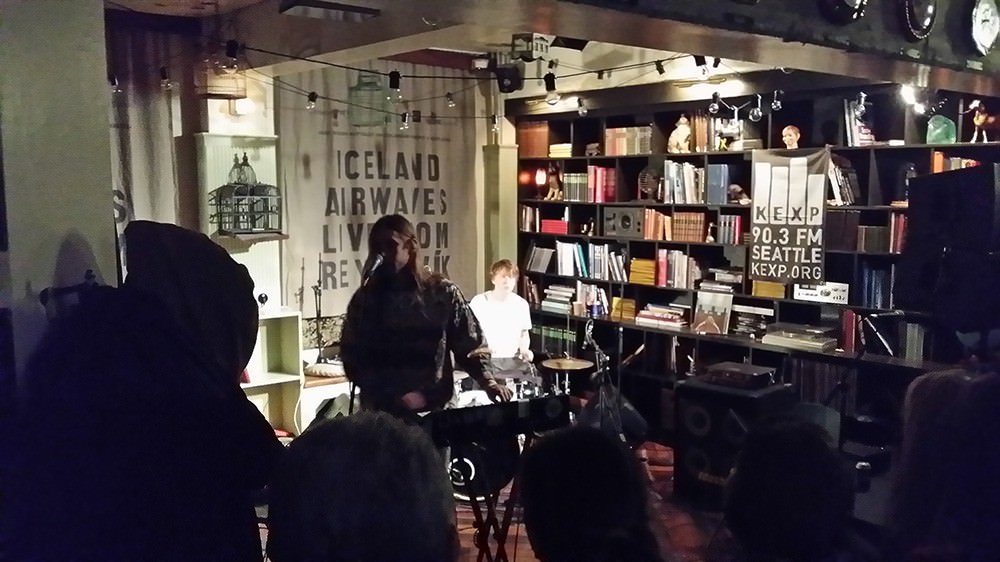 The first official venue show was Pink Street Boys at Gaukurinn. I had no idea who they were or what type of music they played. They just came highly recommended. And yes they lived up to the hype! Loud, in-your-face rock music. While listening to them I just had to do a shot of Jack Daniels. Don’t ask why, I just had to do it.

I was kind of torn between wanting to see The Knife or Future Islands. The solution was starting out with a couple of The Knife songs, then run over and see a little Future Islands and finishing off with catching the last Knife songs.

First off, The Knife:

I’ve loved The Knife since I first heard Heartbeats in high school. I do not care much for their latest album, Shaking the Habitual, but I had to see a little Knife–this being their final show ever and all. It started out with an aerobics instructor warming up the crowd and then the show started. Karin and Olof came on stage with all their backup singers and dancers, but there was something not clicking. Many of the people I’ve talked to were unimpressed, some of them die hard Knife fans, and I have to agree with them. It was a really good show with the lights, the choreography, thundering techno beats – the whole ordeal. It was weird, it was very cool, but was it fun? Not really. 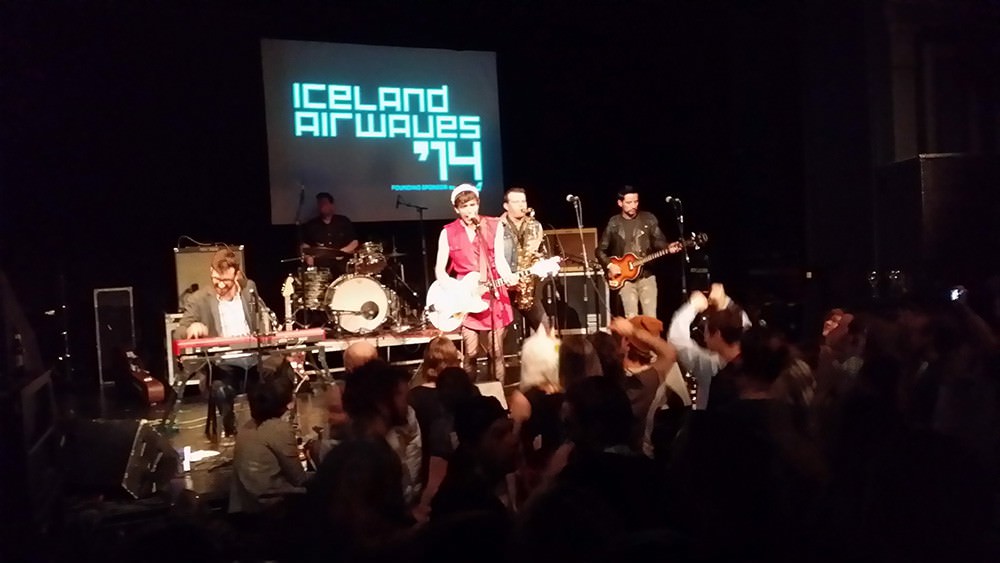 Everyone has seen the David Letterman performance. The pounding of the chest, weird dancing and heavy metal screaming in a relatively slow song. And we got all that on stage at the Reykjavik Art Museum. But they weren’t really good in my opinion. There was some chemistry missing on stage, and Samuel Herring isn’t a strong enough singer, he just makes up for it by doing weird stuff on stage. I love the Future Islands album, Singles. It’s a terrific pop album and will top my lists for this year, but I wasn’t impressed with their show last night.

We finished our night at Iðnó where Kimono were just finishing their set as we walked in, but I was there to see Ezra Furman, again. And I wish I could see him again and again! Walking on stage in a red dress, stockings and with a sequins headband, I knew immediately that it would be an awesome show.  He already rocked a show at the Bar 11 basement, which I described in my review of Friday night. Here he got a real stage, real sound and an awesome crowd. Ezra Furman at Iðnó is definitely the best act I saw at Airwaves 2014.

But the festival is over. Tomorrow is a regular work week so it back to reality. I hope you’ve had an awesome time, I certainly have. See you next year!