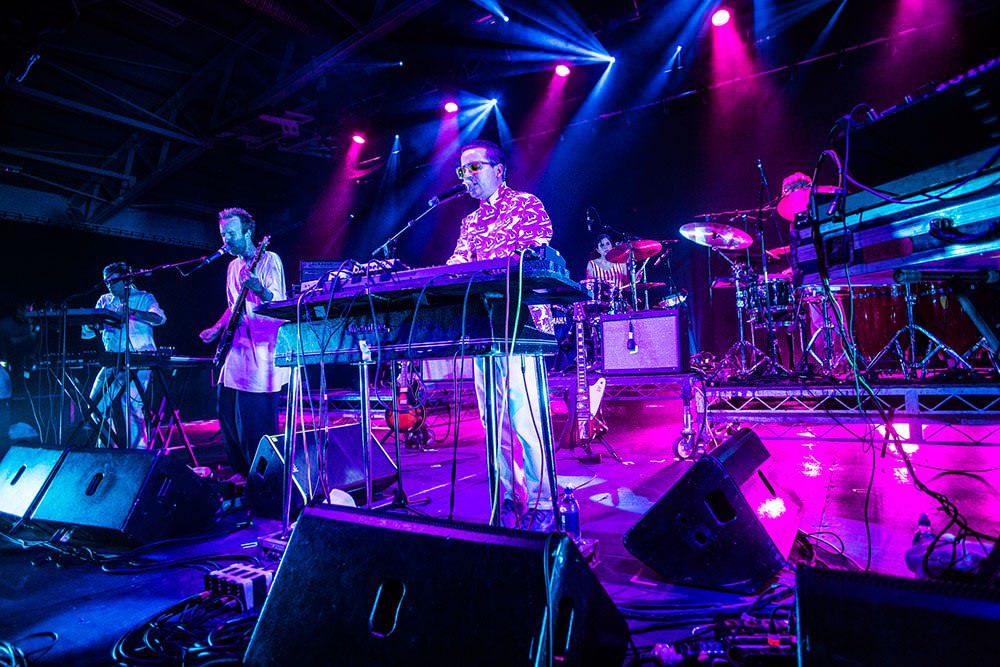 The final day of Iceland Airwaves is always bittersweet. A part of you just wants to crawl into bed and sleep until you can feel your feet again, but there’s another, bigger part that wants to keep going to 10 concerts a day until the end of time. Plus, Sunday night was a big night at the Vodafone hall so I was excited to see that despite being weary from all the Airwaves madness.

So yesterday I only went to one off venue show, which was the local punk rock band Elín Helena at Lucky Records. It was pretty great! Their music is so angry yet full of humour.  They have a great song called Raunsæ rómantík that describes the troubles of everyday life in Iceland, the public transport system, parking tickets, taxes, crappy schools and the government in general. So there was a lot to relate to and they delivered it in an edgy, powerful way.

When I finally managed to drag myself to the Vodafone Hall, Úlfur Úlfur was on the stage. Now I’ve accidentally seen them about four times in the last five days, but it never gets boring. Plus they were great for warming the crowd up for what came next.

I think it’s safe to say that the English post-punk band Sleaford Mods were unlike anything I’ve seen so far. The vocalist Jason Williamson is quite the performer, with his relentless screaming at the mic while his bandmate Andrew Robert Lindsay Fearn danced repetitively to the background music. It was a really impressive performance, especially Williamson’s endurance at shouting his angry political rants without ever going wrong and his voice staying loud and strong throughout the singing parts and all, but after a while it got a little monotonous, especially with the stage presence being almost exactly the same the whole time.

Next up were Hot Chip. Man, do they know how to party. It wasn’t long until every single person in the huge hall was jumping around with their arms flailing wildly. There were people of all ages all around me and everybody seemed to be thoroughly enjoying themselves – not to mention during the biggest hits such as Over and Over and Ready for the Floor.  For many, this was a long-awaited highlight of the festival, and I would have embraced their great dance-friendly music on a Friday night, but at this point the pain in my feet was starting to overshadow the fun I was having, so towards the end of the Hot Chip show I lost the argument with myself and went home to sleep.

I would have liked to see FM Belfast after Hot Chip since their shows are always such a good party, but after such a great festival I really can’t complain. My head is full of the fantastic music I’ve heard for the last few days and I feel incredibly inspired. I can’t wait for next year’s Airwaves. See you there!