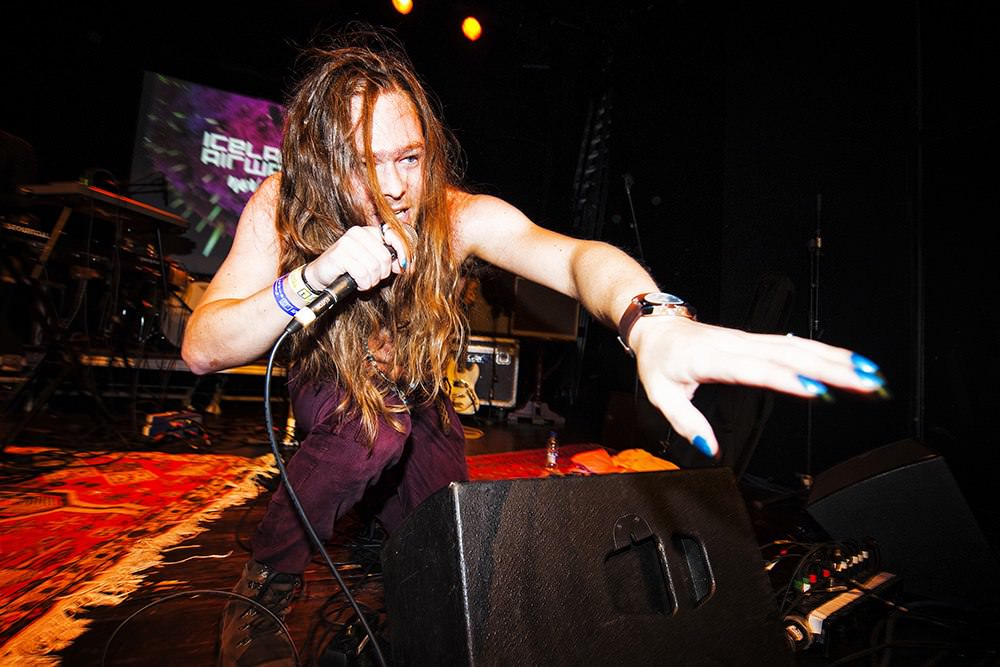 Wednesday night was such a great kickoff for Iceland Airwaves 2015! This is my third time at the festival and this year seems like it’ll be no less amazing than the other two. For the last couple of days I could feel the excitement grow on the streets of Reykjavík, which are already alive with festival goers.

I started the day with some off venue shows – the first being Markús and the Diversion Sessions at Kex Hostel. The last time I saw Markús live he was alone with the guitar, which suits him well but it was refreshing to see him accompanied by a full band, complete with a brass section and a lady playing the saw. The show was powerful, the songs had a great feel-good sound to them. I definitely recommend seeing some of their shows. They’re playing at Lucky Records on Saturday at 6 PM and at Tjarnarbíó on Saturday at 8:50 PM. 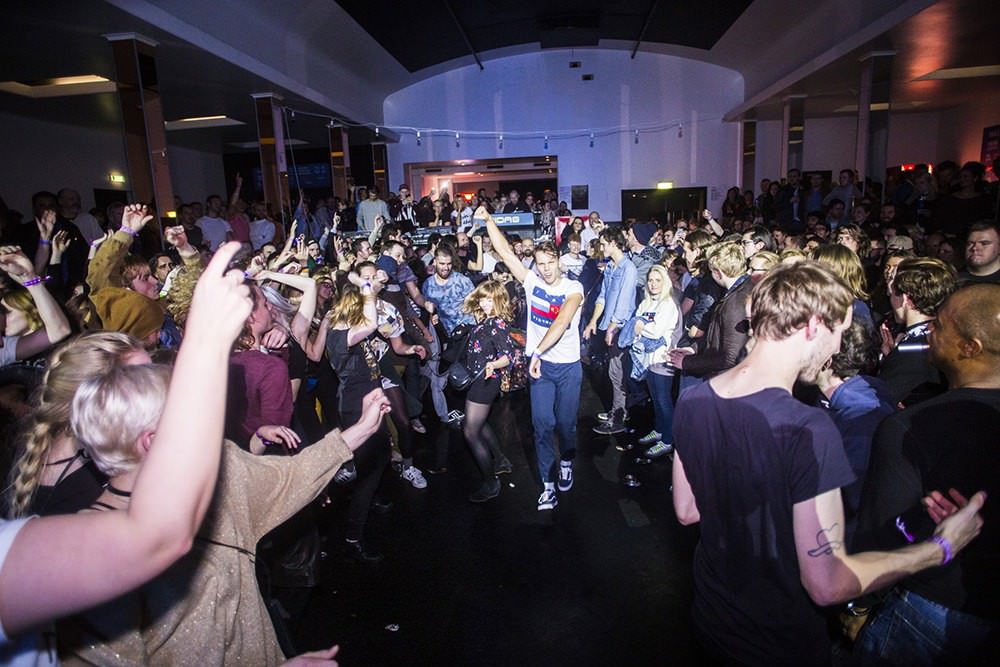 I managed to get in a couple of songs by Sturle Dagsland at Bar 11. What a weird show. There was lots of screaming and childlike singing and lots of half-broken instruments played frantically by Sturle and his brother, looking like children playing dress-up. I walked out completely bewildered, not having quite grasped what I just experienced.

I caught the last bit of Úlfur Úlfur’s show at Loft Hostel – even though it was early in the evening on a Wednesday the venue was packed and the crowd was dancing madly along to their catchy beats. Their shows are guaranteed to be a good party. 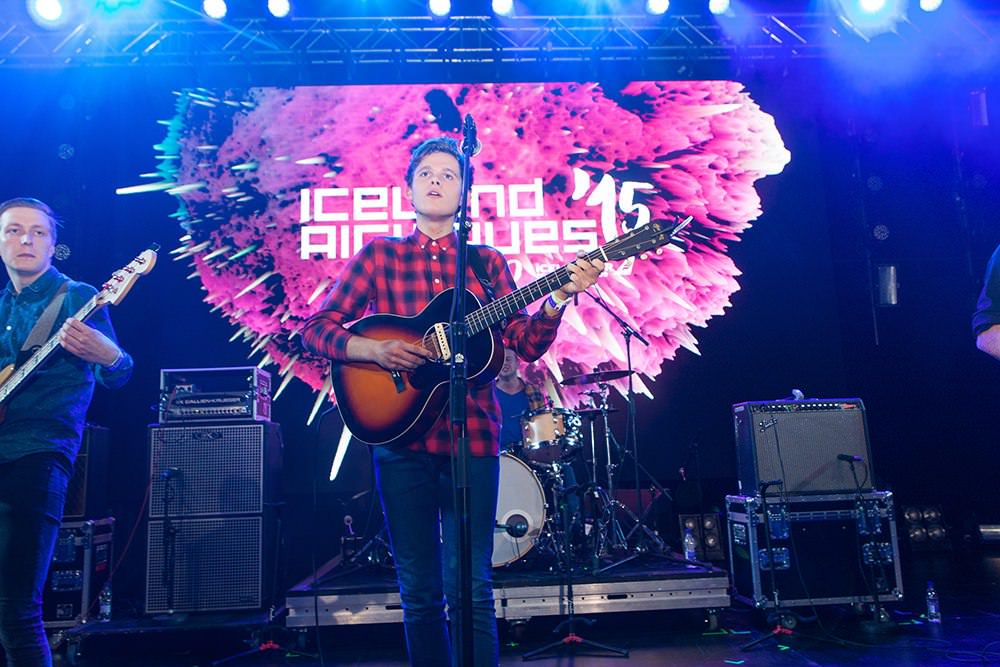 I headed over to Harpa for the start of the official programme, which began with Máni Orrason and Hide Your Kids, before Axel Flóvent took the stage with a lovely set. His tranquil indie-folk sounded great and the whole performance had a nice atmosphere to it, punctuated with a video-backdrop featuring Icelandic mountains and ocean waves. I’m looking forward to hearing the album he’s working on these days. 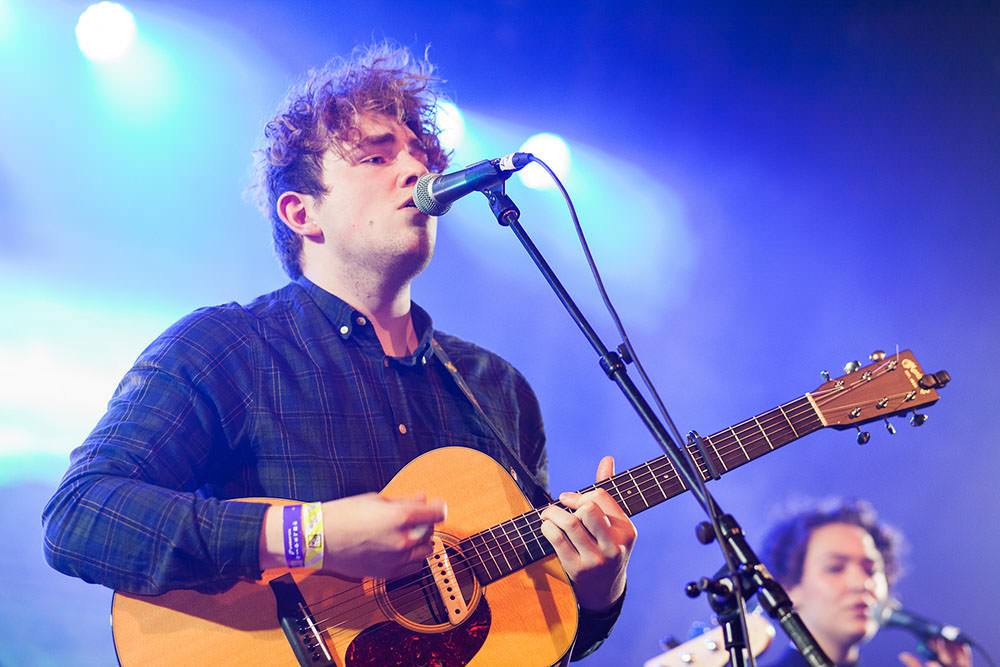 I’ve been a huge fan of Kött Grá Pje since I saw him at Airwaves a year ago. He had a great gig at Iðnó. He’s like the sweaty, topless, gender-bending, cat-loving Messiah of Icelandic hip hop and as always he was full of energy, spitting his intellectual, edgy rap at the eager crowd. Tonight he’s playing at Harpa Kaldalón at 12:20 AM, and his show at Húrra on Saturday at 1:30 AM will surely be even

My next stop was Dillon’s off-venue program, where I saw singer-songwriter Baldur Hjörleifsson perform with a new band. They started out with some mellow folk-pop songs with beautiful melodies and catchy guitar tunes, before shaking it up with some rock songs that made the show diverse and lively. I can’t wait to hear some more of Baldur’s songwriting, and to see how the band will develop their sound. They are playing at Húrra next Tuesday, November 10th, along with Just Another Snake Cult. Don’t miss it! 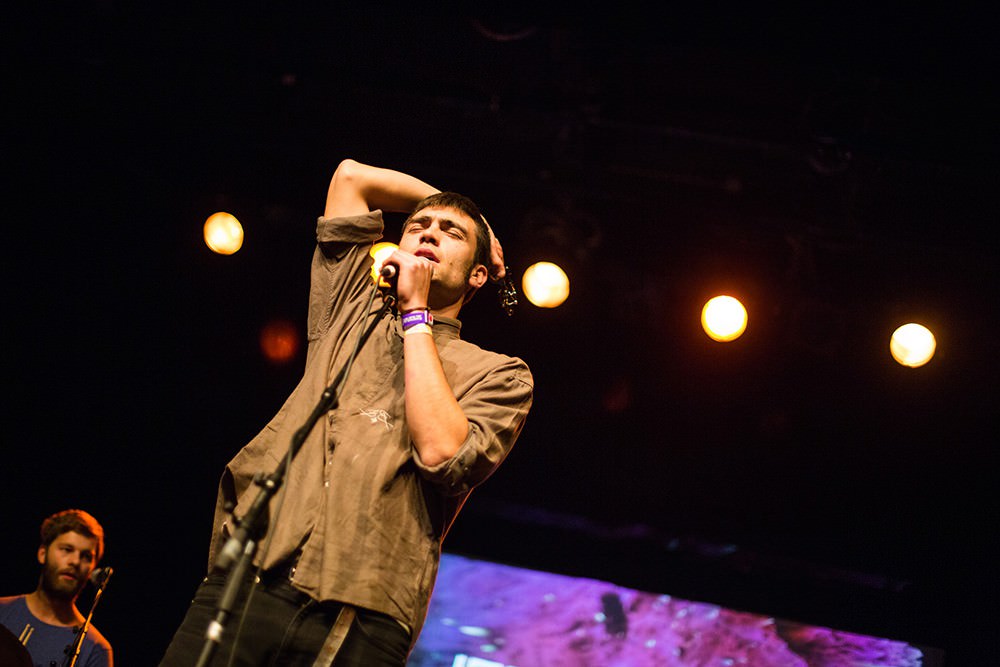 Akureyrian band Mafama next on Dillon’s tiny stage and they took it by storm with their experimental, in-your-face dance pop. Their playful rhythms and performance got the crowd happy and dancing in no time. They’re playing again in Lucky Records on Friday, November 6th at 4 PM.

All in all I had a great night yesterday and I can’t wait for tonight and the rest of the festival. My top recommendations for tonight are Father John Misty, Kött Grá Pje, Mitski and Grísalappalísa. Have a great time!