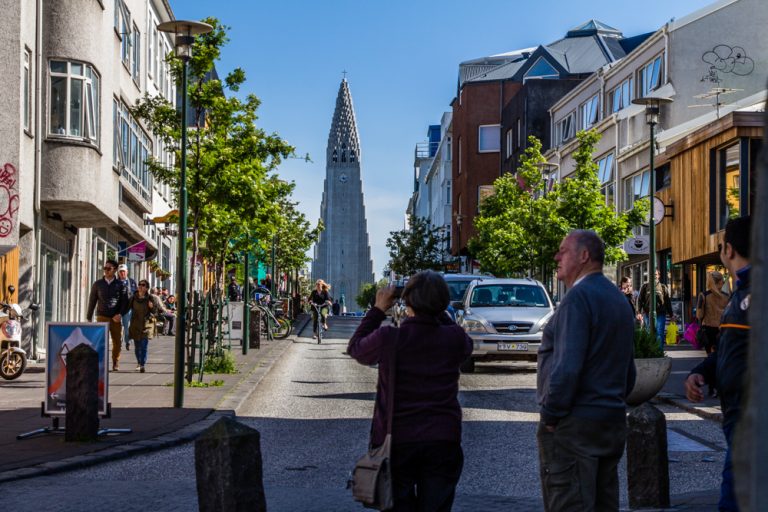 Icelanders tend to think that the world revolves around their tiny island, north of almost everything, and get perplexed when people from larger, more heavily populated countries seem to have little to no knowledge of what goes on here. (What do you mean, you’ve never heard of a lopapeysa? How dare you insult the majestic Icelandic horse by calling it a pony!) Luckily, I’m here to help and explain to you the whats, whys, and hows of Icelandic culture. If you’re just joining us, click here for part I and part II.

Take your seats, class, and welcome to Introduction to Iceland, part III! 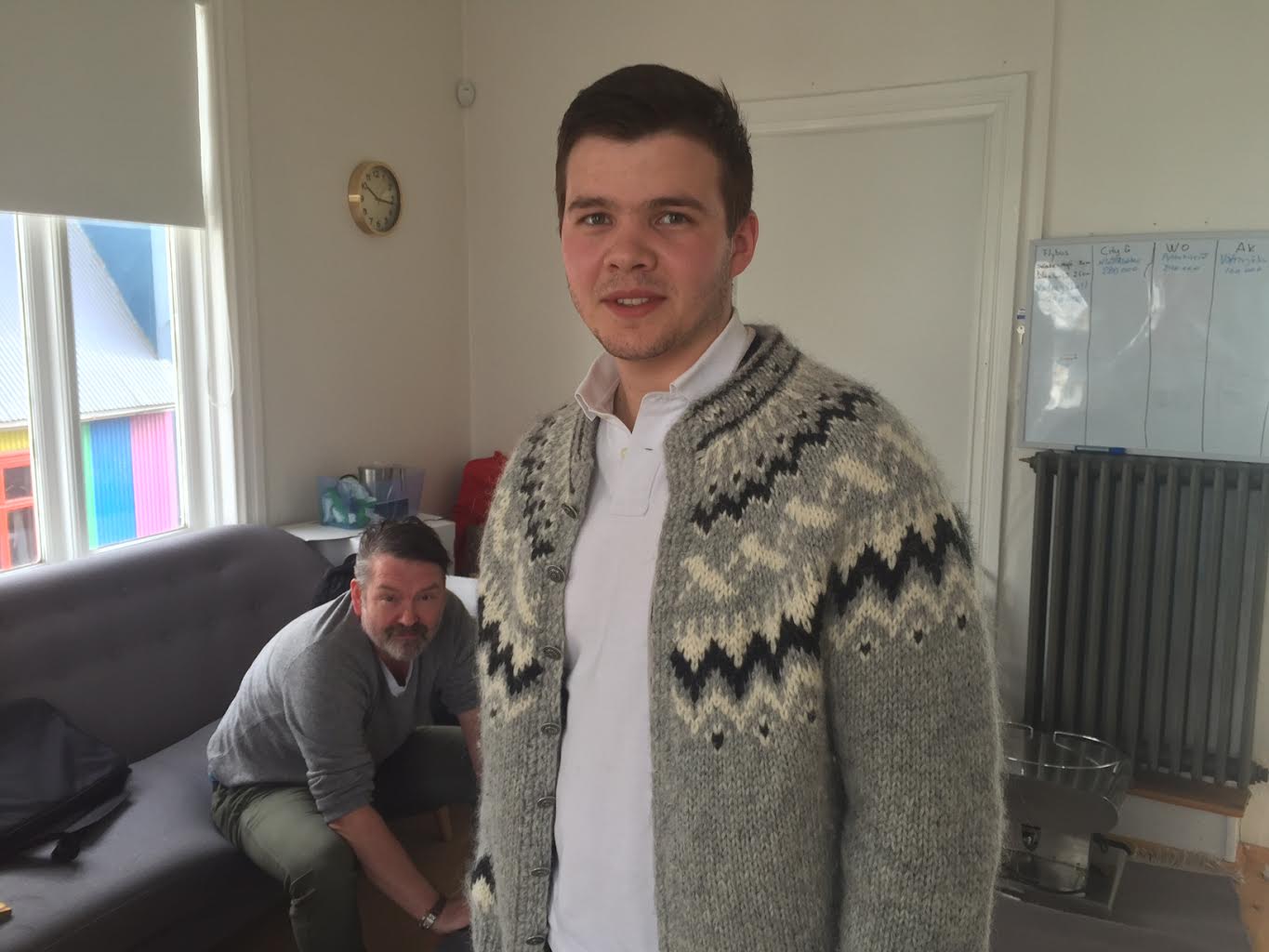 People turn and stare when they see a good lopapeysa

What is it? A woollen sweater made from the wool of the Icelandic sheep. The Icelandic lopapeysa is knit in the round so it doesn’t have any seams and it has a circular patterned border around the shoulders. Other than that, you can let your imagination run wild, the colours and patterns can vary.

What’s so special about it? I suppose the most interesting thing about it is just that everybody has one. They don’t have a particularly long history, as they were first made in the 1950’s, but they were an instant hit with Icelanders and have been extremely popular ever since. Made from the wool of the Icelandic sheep, the lopapeysas are light and pretty but warm and waterproof at the same time.

How do I make one? For it to be a proper lopapeysa , you need lopi, a type of yarn spun from the wool of the Icelandic sheep. Then you need a pattern. It can be as simple or complicated as you like, but must be circular and sit around the shoulders. Patterns around the waist and wrists are optional. Then you just get to knitting, making the sleeves separately before connecting them to the rest at the shoulders. 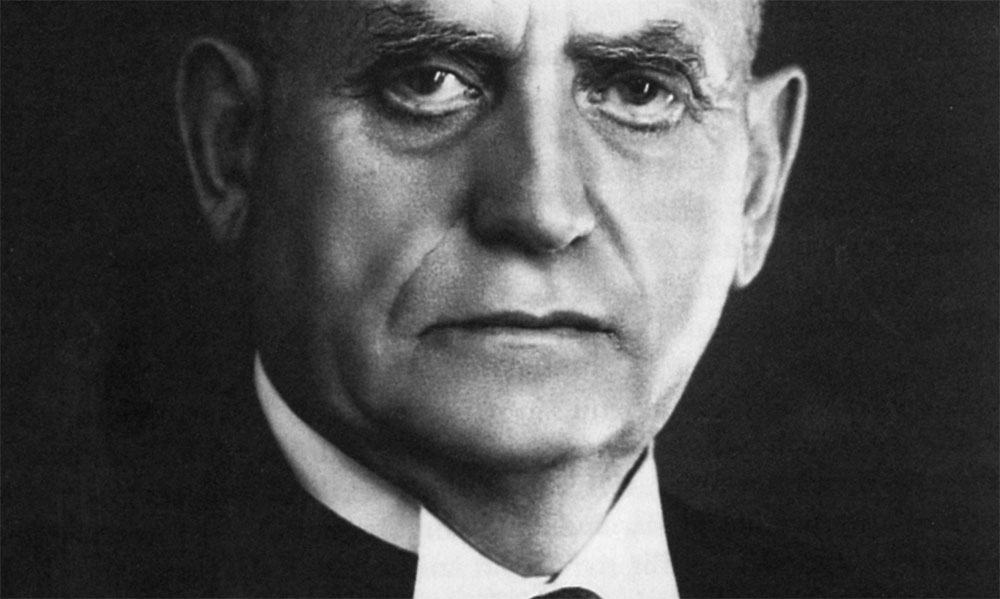 Sveinn Björnsson, the first president of IcelandHis mouth says "no," but his eyes say "independence"

What happened there? As you might know, Iceland started out as an independent country in the 9th century. The stories even imply that people were settling in Iceland to escape from the oppressive kings that were uniting the Scandinavian countries under their leadership. Until the 13th century, all decisions were made by the Alþingi, a parliamentary institution where powerful men had a vote, but all independent men could attend. This period has been highly romanticised since we gave up our independence in 1262 and didn’t get it back until the middle of the 20th century.

Why did you renounce your independence in the first place? It seemed like a good idea at the time. The independent community of the time sounds almost utopian, until you realise that they had no way to enforce the laws or the sentences they issued except the revenge of the victim. If he or she was for some reason (like being dead, or a woman, for example) unable to seek revenge for themselves, the victim’s family was also obligated to seek revenge lest they forsake all honour. This worked for a while but this type of society created the conditions for families and clans to rise to power, ultimately resulting in a mafia-wars type of situation. Come the 13th century, the clans had started squabbling among themselves and there was nobody to keep them in line because they didn’t have a king. The rest of the nation solved this little problem by just getting themselves one, namely the Norwegian one.

How did you get it back? That took us a while. We submitted to the Norwegian king in 1262 but due to a complicated system of royal marriages and a brief union of all the Scandinavian countries, Iceland ended up as a colony of Denmark. During the 19th century, Iceland put up the most peaceful, wordy battle for independence you can imagine, mostly made up of emotional poetry romanticising the past. The biggest moment of the Icelandic fight for freedom happened during a meeting in 1851, when Jón Sigurðson, the biggest hero of Icelandic independence, stood up during a meeting and protested. We finally got our chance in 1944. It was during the height of World War II and Denmark was occupied by Germany and Iceland by Britain. Iceland sent the king of Denmark a politely worded letter declaring independence. The reaction of the Danish ruler? According to stories, his feelings were a little hurt.

Wait, what? The rotten shark is a proud member of the traditional Icelandic diet. Every year in January or February, Iceland celebrates its history by getting together, eating a feast of traditional foods, singing old song and drinking. Rotten shark is an important part of that tradition. Actually, rotten shark is a misnomer, it’s actually more like fermented shark. The meat of the Greenland shark is poisonous when fresh, but burying it under a weight makes the poison break down over time, ultimately resulting in (barely) edible meat.

Why do you even consider that food? Well, it’s only barely considered food. You’d never sit down to a big dish of shark, for example. It’s eaten in tiny cubes of toothpicks and (most often) washed down with a shot of (almost equally terrible) caraway-seed flavoured liquor, Brennivín. It’s more of a bonding exercise, manhood test and prank for tourists these days, to be honest.

How does it taste? Not as bad as it smells, which is good news. Apparently chef Anthony Bourdain called it “the single worst, most disgusting and terrible tasting thing” he has ever eaten, and another description calls it “like blue cheese, but a hundred times stronger”. I usually find that the sinus-clearing smell, along with the subsequent fear of death by poisoning, takes up so much of your energy, that the taste is the least of your worries. 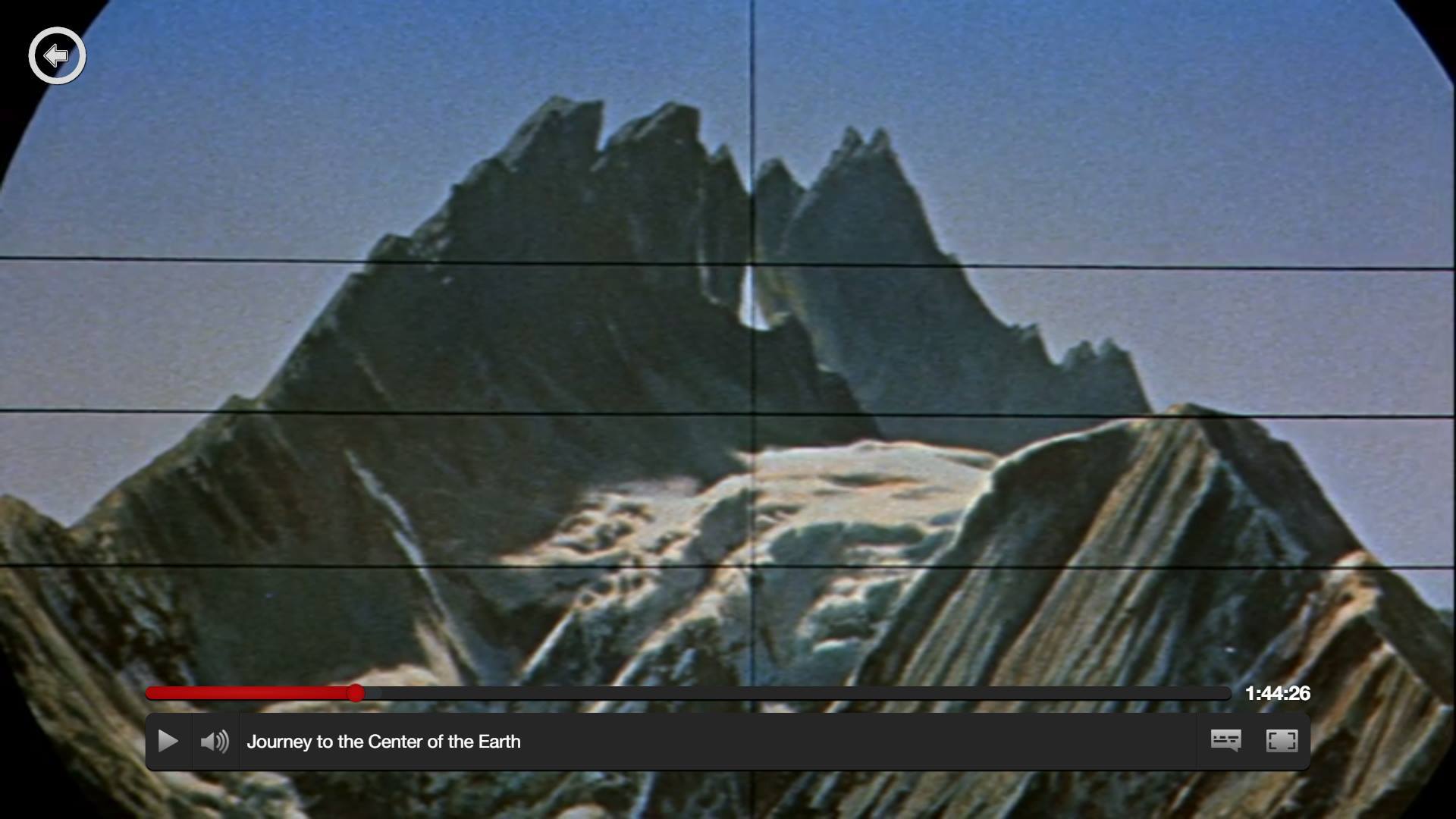 What is it? It’s a tiny glacier on the Snæfellsnes peninsula in the west of Iceland. It’s also a national park.

Why have I heard about this before? Snæfellsjökull has always had a sort of mystic aura around it. There are a lot of stories about it and it has also featured in many novels and movies. The most famous example is probably Jules Verne’s Journey to the centre of the earth. The titular journey starts at Snæfellsjökull which is revealed to be a gate to the centre of the earth. Other works of fiction that include the glacier are The saga of Bárður Snæfellsás, a quasi-fantastical story of Bárður, half-man, half-troll, and Nobel laureate Halldór Laxness’s Under the Glacier, about an agent of the bishop that’s sent to reprimand a priest on Snæfellsnes who has locked up the church and spends most of his time on carpentry instead. If you’re not into fiction, there might also be a slight chance you’ve heard of Snæfellsjökull as the intended landing spot of aliens.

How do I meet the aliens? Well, they weren’t there in 1993 or the year 2000 either, so our best advice would be to buy a house near the glacier and just wait. 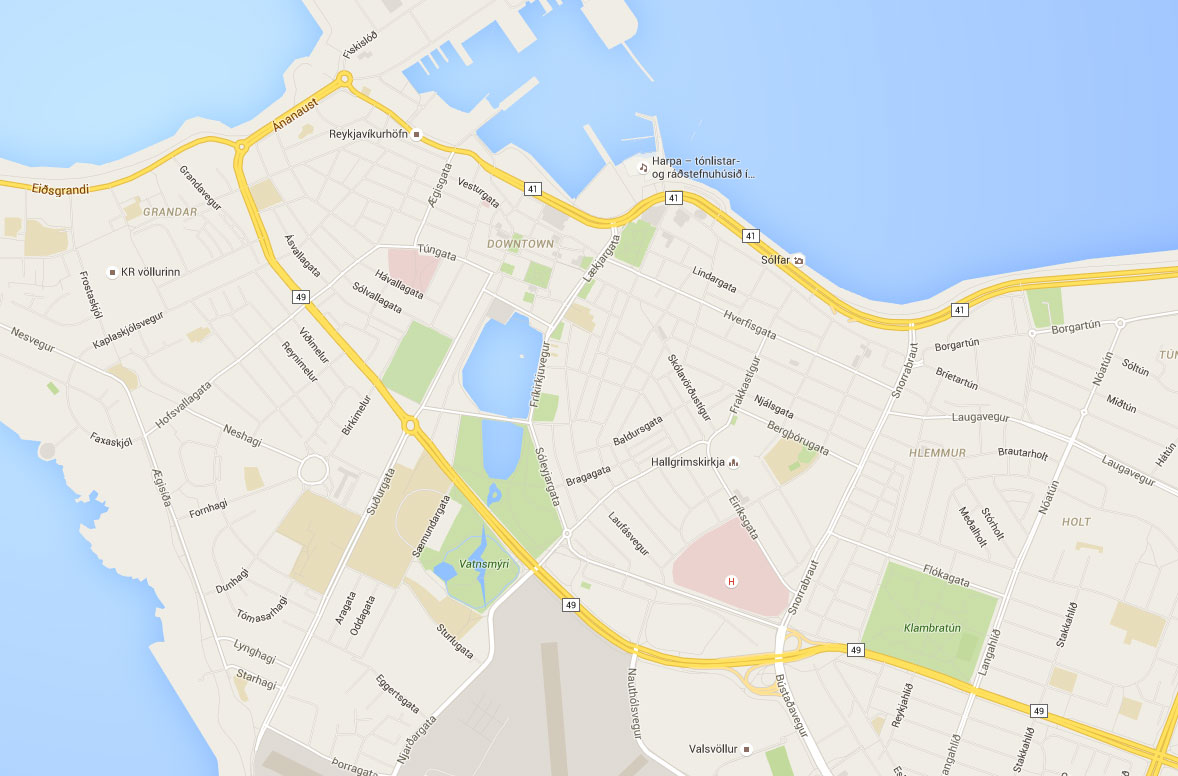 What is it? 101 is just the postal code for the downtown area of Reykjavík Through the years, however, 101 Reykjavík has gained some deep-rooted cultural connotations as well. In that sense, 101 Reykjavík is a way of life. In the eternal struggle between city life and country life, 101 Reykjavík has become synonymous with an intellectual, artistic type, that drinks a lot of Italian coffee drinks (specifically café latté) and wears scarves.

Why is that? Well, the centre of Reykjavík has a history of being home to people that like to think they know more than the rest of Iceland. Not only have the rulers of Reykjavík and Iceland always lived and worked there, but some of Iceland’s oldest and most respected schools are also there, including Iceland’s University. When you have a tiny piece of land that has historically attracted people that want to rule the rest of Iceland, or at least know more than them, it’s bound to cause some resentment. Hallgrímur Helgason’s book 101 Reykjavík and the movie based on the book also helped to solidify the reputation of people in 101 Reykjavík as hopeless dreamers that never do an honest day’s work and spend their nights partying. I suppose it’s up to you to decide if that’s a negative or positive stereotype.

How is it? 101 Reykjavík is still the centre of Iceland’s capital and as such, has plenty of things to see, do, eat and drink. There’s plenty of historical buildings, museums, galleries, shops, restaurants and as stated before, the district has the highest café to building ratio in all of Iceland. If you’re staying in Reykjavík, you must visit 101 Reykjavík. In fact, you could have a perfectly nice vacation (or a life) never leaving 101 Reykjavík at all. 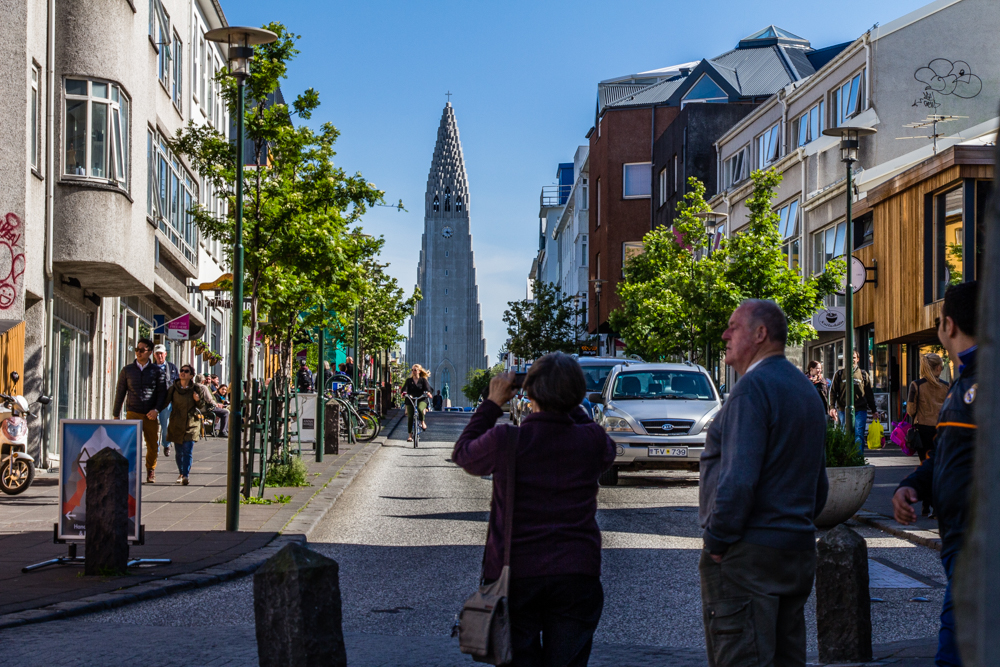 What does it look like? It looks like a giant white …finger. Yes. Finger. The Hallgrímskirkja church is probably the best-known landmark in Reykjavík, along with Perlan. It’s the last work of architect Guðjón Samúelsson, one of the most prolific architects of Iceland. His work usually drew inspiration from Icelandic nature in some way and Hallgrímskirkja is no exception, conjuring the mountains and glaciers of Iceland along with the iconic columnar igneous rock. Guðjón started sketching the church in 1937 and they started building it in 1945. It wasn’t completely finished until 1986, although parts of the church had been ready for a long time at that point, even consecrated so the unfinished church could be put to use.

Why is there a Viking statue in front of the church? It’s thanks to the Americans, actually. They gave us the statue to commemorate the thousand-year anniversary of Iceland’s parliament, Alþingi. The statue is a likeness of Leifur Eiríksson, or Leif the lucky, the Norse Viking that is rumoured to have been to America centuries before Christopher Columbus. It might seem strange to place a Viking statue in front of a church, but actually, it was the other way around. The statue got there in 1932, but they didn’t start building the church until 1945. Another thing about the location of the statue, it is in the heart of Reykjavík today, in front of Reykjavík’s most famous landmark, but in 1932, the churchless hill was on the outskirts of Reykjavík, most of the town’s inhabitants lived down by the pond.

How do I get to the top of the tower? You take the elevator! It costs a few hundred krónur but you’ll be rewarded with a view to die for. Hallgrímskirkja is the second tallest building in Reykjavík and seeing the rows of the multi-coloured houses in the centre all laid out neatly like doll’s houses, and further away, the bright blue sea and mount Esja, is really something you shouldn’t miss.