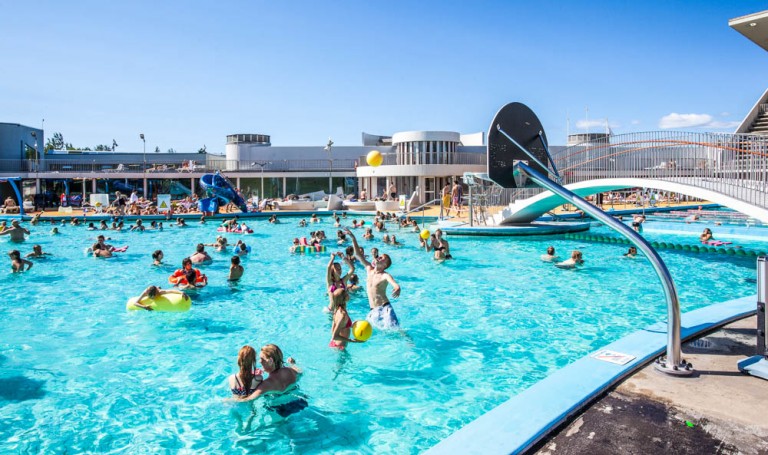 Iceland and the Icelanders – What to Expect and How to Travel

You always expect travelling in a different country to be a little bit different to what you are used to, but there are always some things that you’re not expecting. If you’re travelling to Iceland, had you, for example, thought about what time Icelanders wake up?  Or wondered how much to tip and where? Here is the inside information on what Icelanders are like and how that might affect your vacation here. 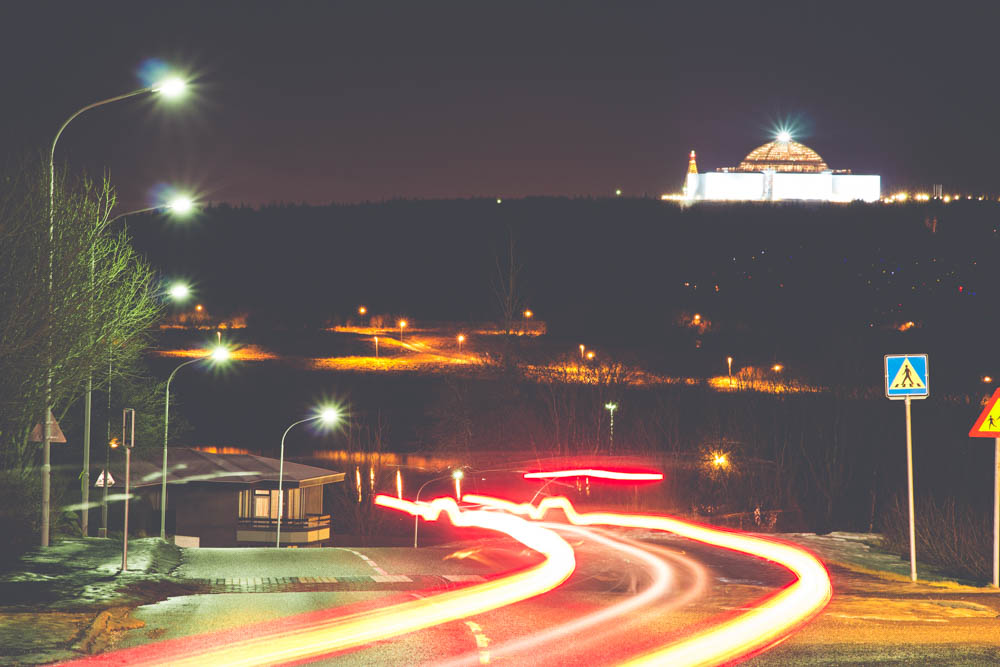 As a general rule, Icelanders are not early risers. This might have something to do with the fact that we’re on GMT even though geographically speaking we should be an hour or two ahead. This could also be because we can’t rely on daylight to stabilise our circadian rhythm. In winter, we only get a few hours of sunlight each day and the midnight sun in summer makes it seem like sleep is unnecessary.

Stores downtown tend to open at 10 or 11 at the earliest. This might annoy the early birds, but for the night owls, there’s good news. Many grocery stores, restaurants, and even pharmacies are open late, some 24/7. Go on, sleep in. You’re on vacation, no need to work so hard. 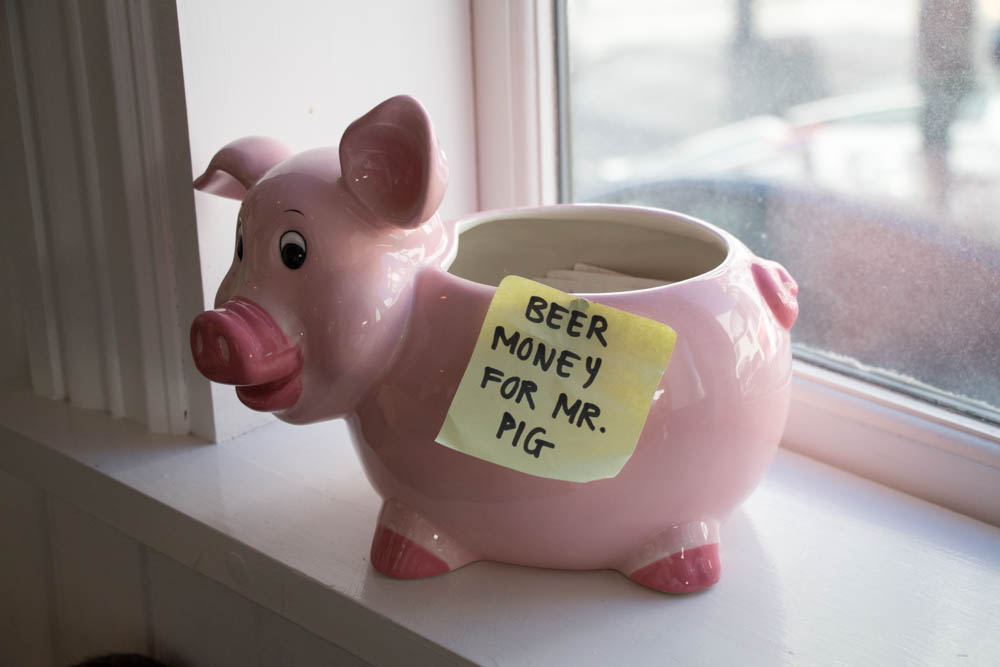 Ain’t no rules about giving beer money, though.

Tipping is a confusing thing for Icelanders. They’re not used to it and being required to pay separately for the service seems unnecessary and illogical. In Iceland, tips aren’t expected. Instead, the service is included in the price. This means that paying for your meal is a lot simpler. Higher wages in the service industry also mean that servers and bartenders don’t have to rely on the kindness of strangers to make a living.

You don’t have to tip your waiters, guides or hotel staff. Still, there are no strict rules about it and no one will be offended if you want to tip them for quality service. There are a lot more tourists in Iceland than there were a couple of years ago and consequently, there’s a lot more tipping as well, which waiters, tour guides, and other people in the service industry are starting to get used to. I mean, nobody hates free money, right? 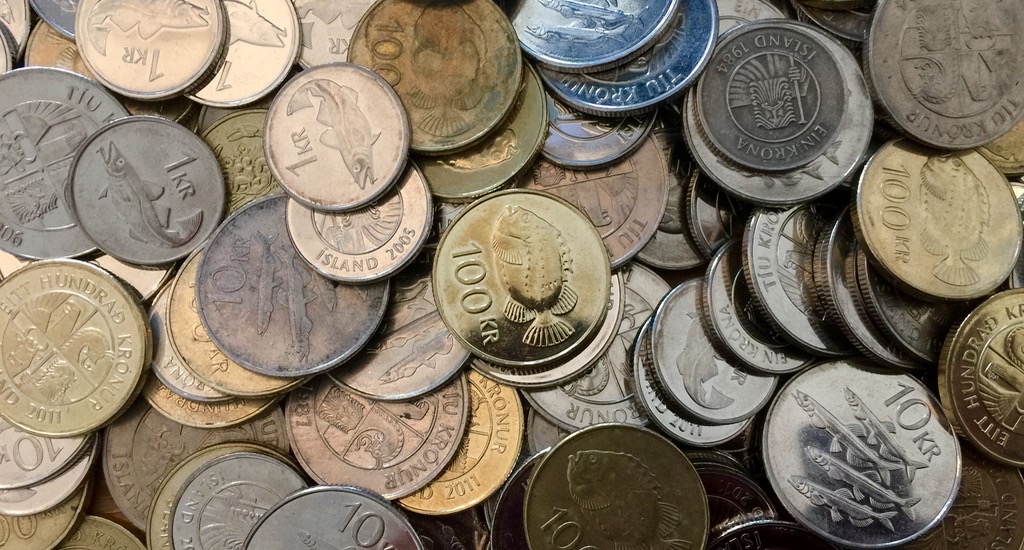 It’s not all about the money, you know.

They Don’t Haggle Either

As a matter of fact, they get very uncomfortable if you try. The general idea is that people like to sell their products for what they’re worth and how much it costs to make them, not what they think people can pay for them.

Just pay what it says on the price tag or don’t buy it at all. They aren’t asking you to pay more than the goods or services are worth, so you shouldn’t ask them to give it to you for less. The only exception is the Kolaportið flea market, where you can go to haggle if you must. 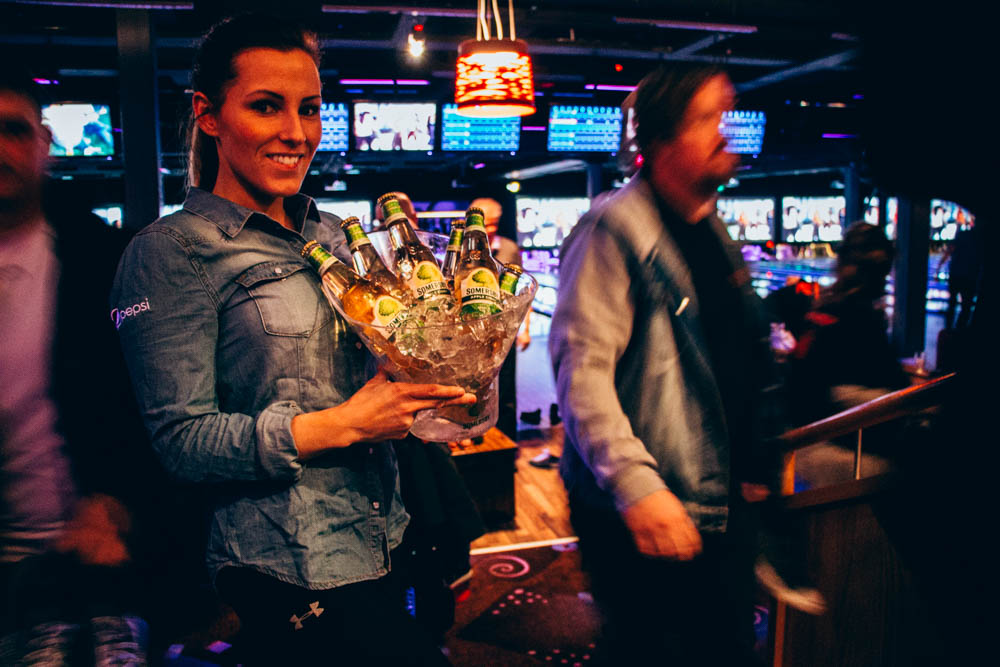 We also like to bowl while drinking. Most things are better with drinking.

Icelandic drinking culture is a curious beast. It’s changing with the times, but not many years ago, having one drink on a Tuesday was considered a sign of alcohol dependency while passing out from drinking on a Sunday morning after a night of dancing, fighting and romancing was perfectly normal and good fun. Still today, you can only get alcohol at state-run liquor stores. They’re closed on Sundays and drinks are costly at pubs and bars due to heavy taxes intended as a deterrent.

The Reykjavík nightlife is famous (or infamous, depending on your point of view). The bars are usually multitaskers, selling coffee, or even food during the day, and switching to selling drinks when the kitchen closes. The cosy atmosphere then gets gradually livelier until everyone is dancing on all horizontal surfaces.

If you want to party the Icelandic way, make sure you buy as much alcohol as is allowed in the duty-free store at the airport and start mixing drinks around nine o’clock, after dinner. You can go out to a quiet bar between 23 and midnight and have a couple of drinks there until you feel ready to head to the dancefloor, which should be sometime around 1 am.

Then, dance to your heart’s desire until the last bars close, around 4.30-5 am, when you should grab a kebab or a hot dog to keep the impending hangover at bay. Wash it down with a glass of water before going to bed (your own or someone else’s). Congratulations, you’ve officially partied like an Icelander. 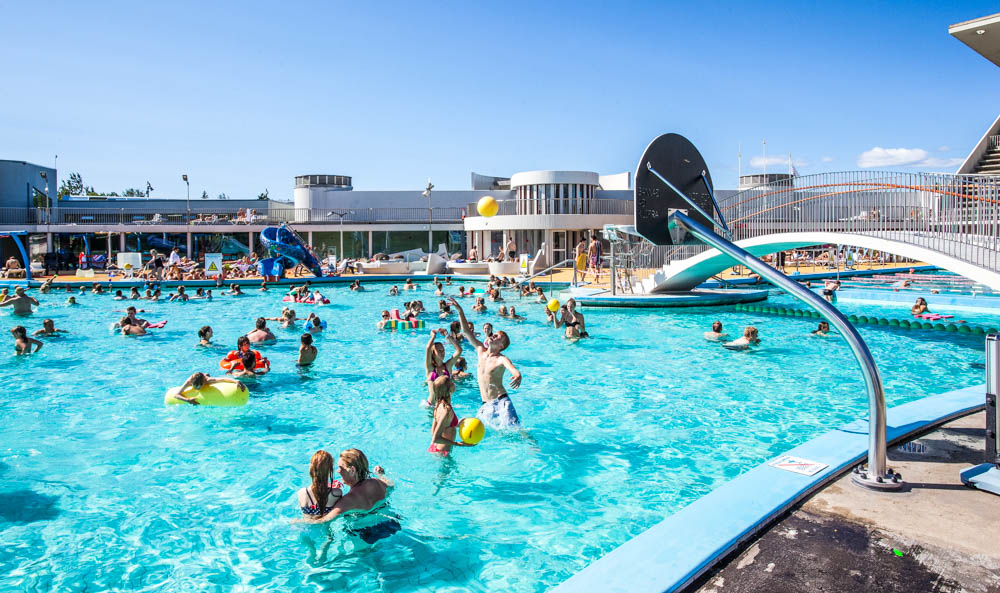 You must be pristine clean to enter.

In Iceland, the temperature rarely exceeds 25°C, even at the height of summer. That’s why it might seem weird, but Icelanders love to swim. Thanks to Iceland’s copious geothermal activity, there are geothermally heated swimming pools in every town in Iceland and several in the countryside as well.

Almost every swimming pool also has hot tubs where people can get together and talk about life, the universe and everything. Since Icelanders are very particular about hygiene, every swimmer is required to take a shower without their bathing suit before entering the pool.

Taking your bathing suit along for a trip to Iceland might sound unnecessary at first, but you should definitely do it! If you forgot yours at home, you can always rent one at the pool, along with a towel.

You might also want to be prepared for the shower situation, there are gender-segregated, but communal showers and everyone is required to shower naked before they enter the pool. People of all ages and body types use these showers, and nobody thinks this is a big deal. If anything, this promotes a healthier sense of body image.

If this does make you uncomfortable, some pools offer closed showers (most often cubicles with a curtain), just ask before you go swimming. 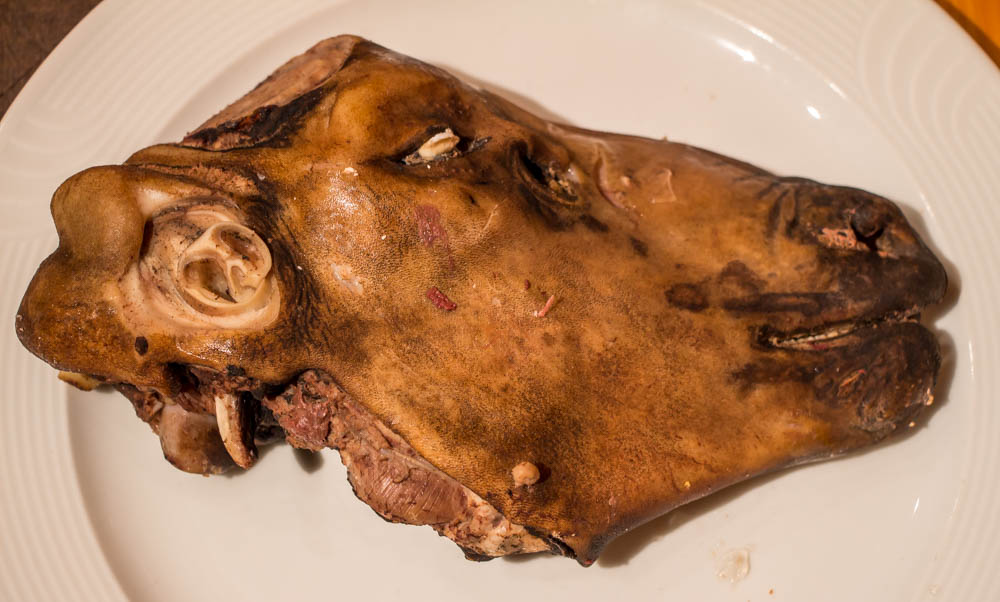 Take it or leave it.

When it comes to food in Iceland, cheap isn’t the first word that springs to mind. The subarctic climate limits agriculture to a few hardy species and a lot of food, especially fruits and vegetables are either imported or grown in greenhouses. This means that grocery stores in Iceland are relatively expensive, though less so than eating out of course. The good news is that relatively speaking, eating out isn’t that expensive.

There are not a lot of very cheap places to eat (but if you insist, try Deli, Subway or the famous hot dogs at Bæjarins bestu), but the good news is that nice food isn’t that much more expensive. You can live pretty cheaply on supermarket food, but for a few krónur more, you can live like royalty. 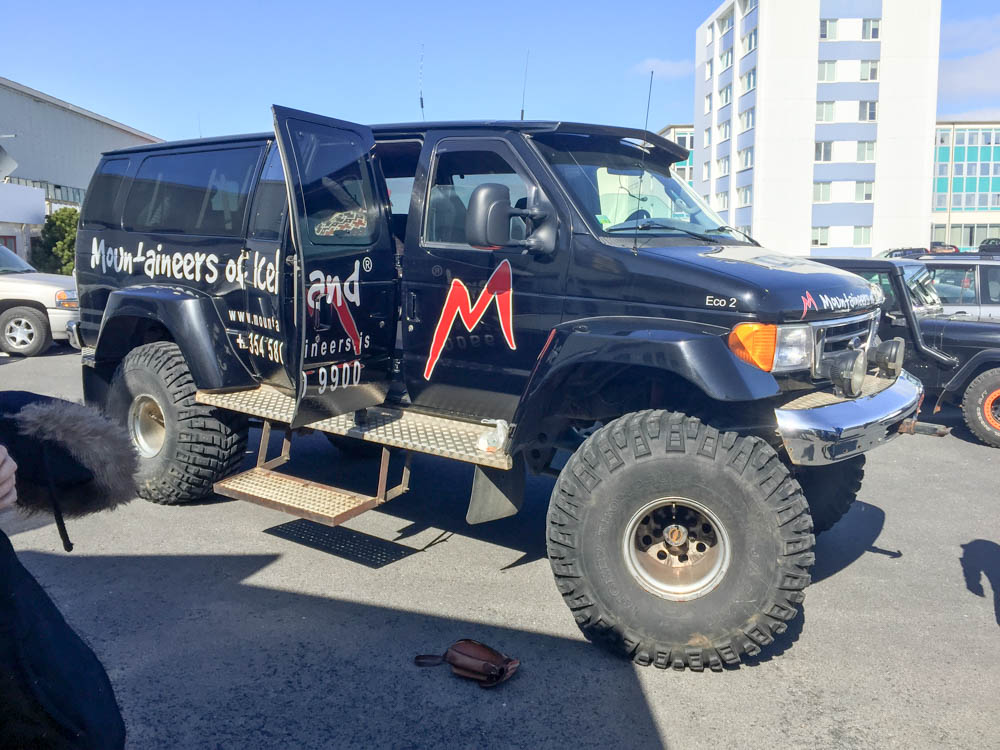 This is not the typical car in Iceland. It’s cool, though.

Iceland is a sparsely populated country. Not only is the highland mostly empty, but there’s plenty of space as well between farms, towns, and even in between houses in towns. When you take the weather into account as well, it’s no wonder Icelanders prefer to drive between places.

Most people in Iceland have cars, especially outside of Reykjavík. Public transportation is present in some of the bigger towns, and there are bus routes between the major towns as well. But if people want to go on vacation, they’re taking their car.

If you want to get out of town, the easiest way is to book tours. Sometimes people come in and want to be clever and circumvent the tour companies, thinking they must surely be gouging, and just take a transit/city bus to the same place.

I get the logic, in some big cities abroad you can save 50% by skipping the “airport express” bus or train and taking an hour longer on the city transit system. In Iceland, this is not really the case.

Take the Blue Lagoon for instance. First of all, there isn’t really a city bus that goes there, but the tour companies charge about the same for the ride there as the city bus would charge for a 40-minute round-trip ride out of the city in any direction.

Remember this picture from earlier?

The króna might have given us some trouble in the past (cough-the economic collapse of 2008-cough), but that doesn’t really explain why Icelanders are so averse to carrying cash. Older people might have wallets stuffed with Ragnheiður Jónsdóttirs and Jónas Hallgrímsson’s lóas (the images on the 5000 króna bill and 10.000 króna bill, respectively) but most people under 40 just have plastic. It’s much more convenient and makes it easier to track your spending as well.

You can use your cards everywhere, and there’s very rarely any minimum charge. This is good news since it might be hard getting your hands on krónas outside of Iceland (again, maybe due to the whole economic collapse thing or whatever…).

We don’t recommend changing your money until you’re in Iceland, the banks here have much better rates. They even do such a good job that there isn’t really a market for currency exchange offices. The only downside is that they close at 4 pm and are closed on the weekend. Luckily, you can just pay with your cards, or visit an ATM, they’re everywhere. 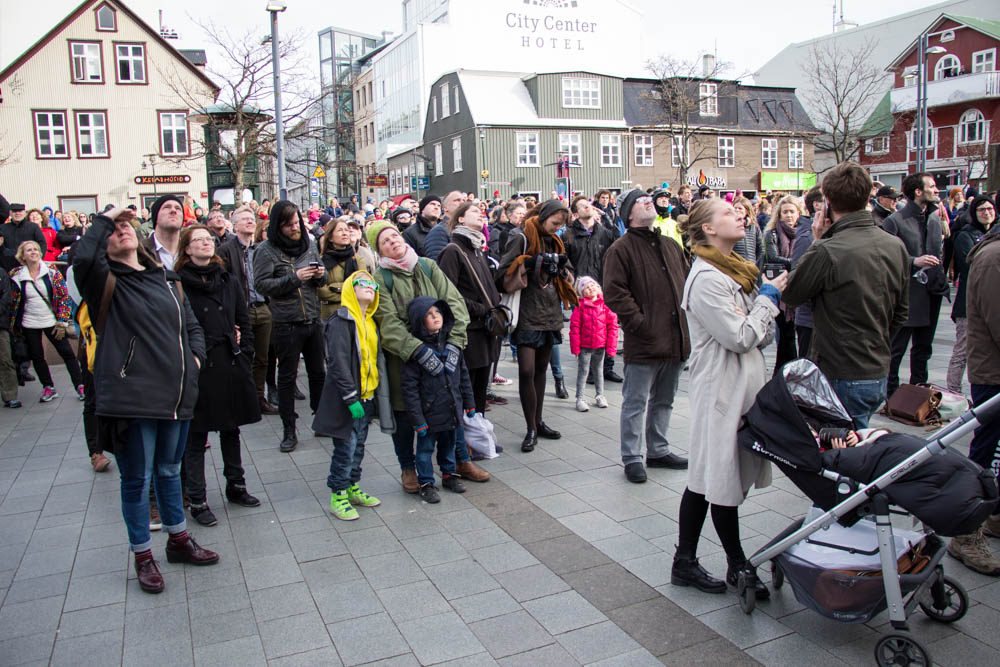 It’s not polite to stare.

This sounds bad, but before you skip your trip to the island of rudeness, I’ll amend my previous statement. Icelanders aren’t polite, but they are nice. Here’s the thing; we don’t really have words or phrases for please, have a nice day or sir or madam. The politeness is instead expressed with a smile and the staff’s helpfulness. The conversation might be direct, but it’s not unpleasant. The lack of formal politeness in the language forces people to be genuinely nice instead.

The lack of formal politeness in the Icelandic language (and in my opinion, the lack of a tipping culture) fosters a sense of equality. The people serving you food or selling you goods consider you their equal and expect you to do the same. Their language might not be formally polite, but they will be nice to you if you are nice to them.