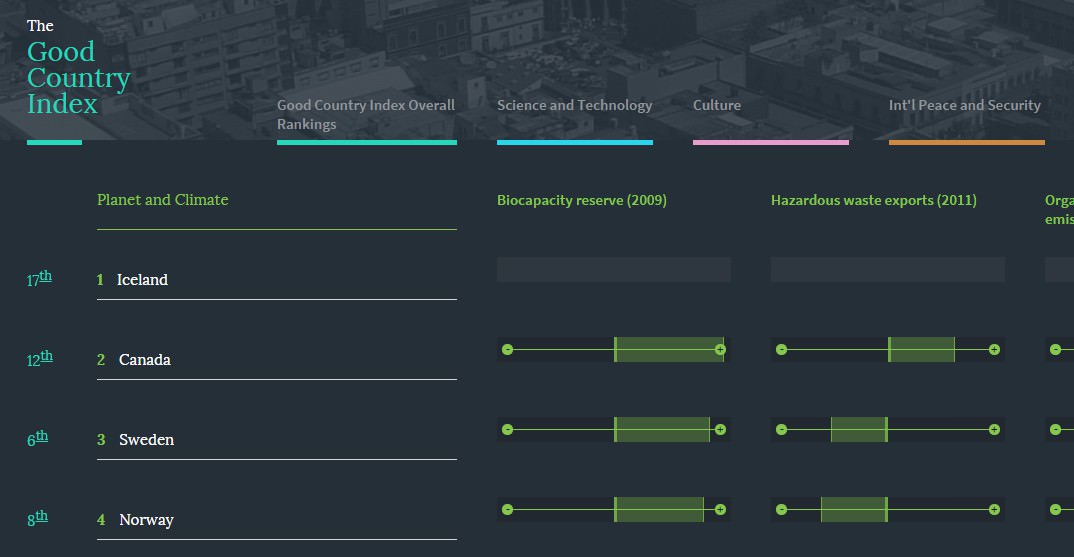 Iceland no. 17 on the “good country” index—1st for environmental impact

The Good Country index compares 125 nations’ global impact in metrics such as prosperity & equality, science & technology and international peace on the basis of information from 35 different sources of data including the UNESCO, WHO and the UN. The idea is to rank the countries that contribute the most good to the world across the seven selected categories.

Iceland ranked #1 for economic impact, which is not surprising considering the fact that most of the energy consumed here comes from relatively green sources such as geothermal or hydroelectric power plants. Though admittedly, we drive cars as much as anyone, but overall we’re doing pretty well there, comparatively. Iceland scored the worst for economic impact and equality, placing it in 101st place out of 125.

However the average across categories put Iceland in 17th place worldwide, outperformed by countries such as Ireland (1st place), the UK (7th) and some of the other Scandinavian countries, but outperforming the US (21st), Japan (25th) and, well, pretty much everyone else, obviously.