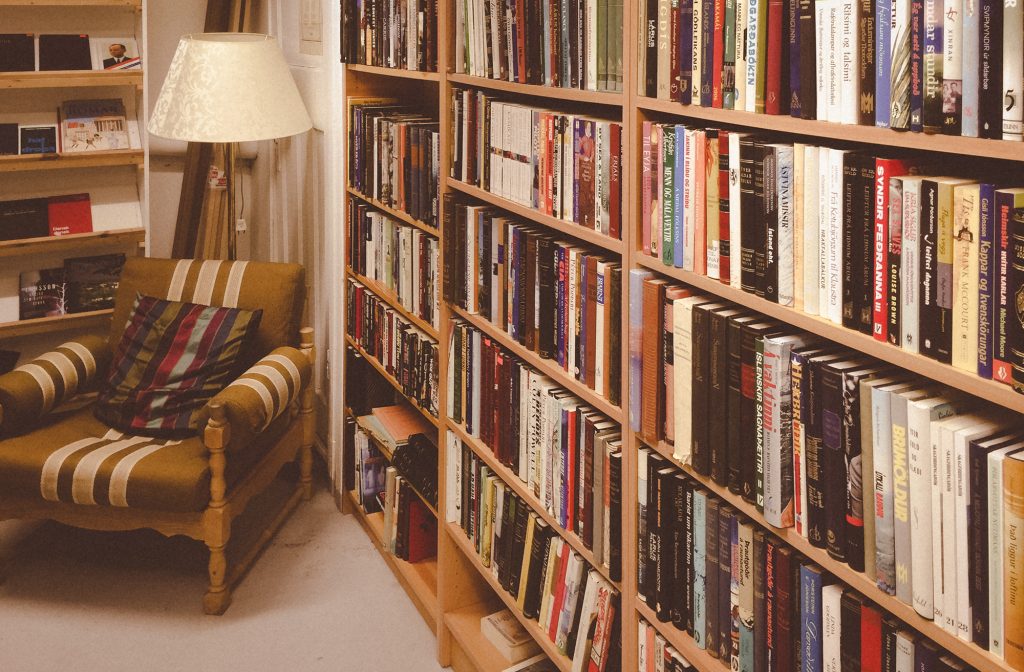 One of the best ways to prepare for a visit to another country is to curl up with a good book and be transported into the mind of a local author. Whether the book is classic or contemporary, it will give you more of a sense of the national psyche than a travel brochure ever can. If you’re visiting Iceland there are plenty of great Icelandic books to choose from, whether you want to head into battle with the Vikings of the Sagas, raise sheep with proud farmers, or solve murders on the streets of Reykjavík.

Iceland was settled in the late 9th century by mostly Norse settlers (although modern genetic research suggests that our genetic background is a lot more diverse than previously thought). The Vikings weren’t known for writing things down, although they had a rich oral tradition and valued poetry and lyrical skills as highly as proficiency on the battlefield. The early Icelanders didn’t get to writing things down (that we know of) until a century or two later when laws and the history of the young settlement were the first subjects to be put to paper (or in this case, put to calf leather).

Iceland’s most prized literary treasures were written in the 12-14th century. The Sagas of the Icelanders is the collective name for the stories of Iceland’s settlers, written down several centuries ago after having survived in the oral tradition. The line between fiction and history is blurred but today the general rule of thumb is to consider them as “based on a true story”. We’ve written about the Sagas before, so check out our Guide to Reading the Sagas.

For the next few centuries, popular opinion claims that nothing much of interest was written. That’s of course not true, just look up chivalric sagas, the epic poetry known as rímur, Hallgrímur Pétursson’s Passion of the Christ, and the romantic nationalist poetry that formed the backbone of Iceland’s fight for independence, but for the purpose of this article, it makes more sense to next pick up our story in the 20th century.

In 1955, Halldór Laxness was awarded the Nobel prize “for his vivid epic power which has renewed the great narrative art of Iceland”. Halldór had been a controversial figure in Icelandic society, both for his left-leaning politics and his modern approach to poetry in his younger days (Halldór once lost a government grant for poetry after publishing a surreal poem considered nonsense by members of parliament). Halldór and his contemporaries’ progressive view towards poetry was indeed a breath of fresh air into a poetic tradition slowly suffocating in its own traditions and rules, but it’s Halldór’s social-realist novels that he is mainly remembered for, especially Independent people, a novel that deconstructed the romantic view of the Icelandic sheep farmer and split the nation in half, people either loving or loathing the book.

The latter half of the 20th century is the age of the novel. Publishing is a booming industry considering the fact that only 340.000 people speak the language and every Christmas season, new books and fresh-faced authors are on every Icelander’s lips. Following increased interest in Iceland, more and more books are translated into other languages and sold all over the world, especially crime fiction in the Nordic Noir style. Authors such as Yrsa Sigurðardóttir and Arnaldur Indriðason are mild-mannered people on the surface but capable of conjuring up gruesome crimes and murders from their twisted imagination, which their heroes and heroines tackle with a uniquely Norse stoicism. 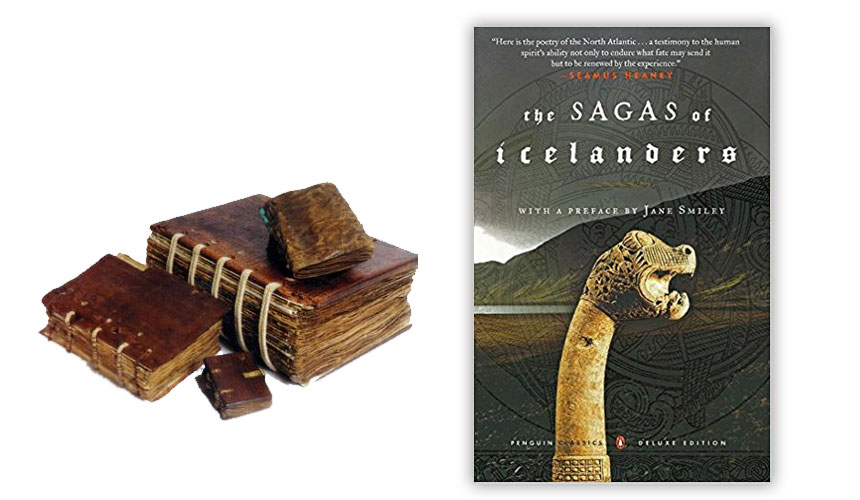 The Sagas of the Icelanders by authors unknown

You can get a collection with all the sagas but I recommend starting with the most popular ones. Check out our guide to reading the sagas and choosing the one that best fits your taste. Reading these centuries-old texts is challenging but rewarding at the same time. 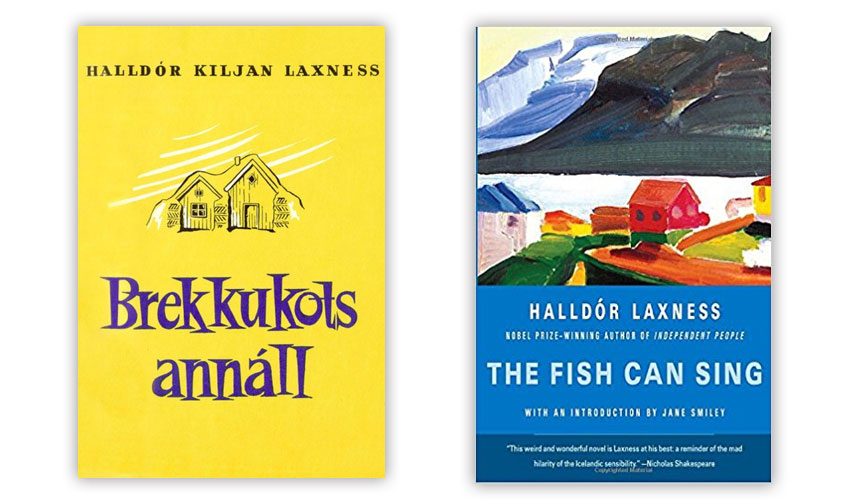 The Fish Can Sing by Halldór Laxness

Independent people is Halldór’s best-known novel and it is nothing short of a masterpiece, but it’s also a bleak and depressing portrait of a poor farmer’s life complete with domestic violence, class injustice, child labour and light paedophilia. What I’m saying is that this is no fun summer read. If you think you’re up for it, by all means, go ahead, but for a more palatable taste of Laxness, I recommend picking up The Fish Can Sing, a coming-of-age story set in Reykjavík at the turn of the century.

Bonus recommendation – If you read another language than English, Salka Valka is my favourite Laxness novel. Unfortunately, it’s not readily available in an English translation. It was published in English several decades ago but it was an abbreviated version, translated from Danish, and it doesn’t do the original text justice. If you’re 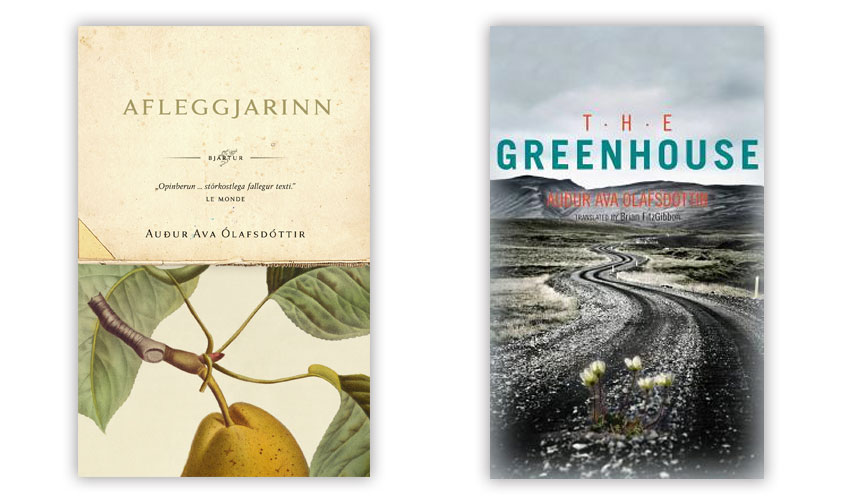 The Greenhouse by Auður Ava Ólafsdóttir

Auður’s tender depiction of a young man dealing with the loss of his mother and the arrival of an unplanned offspring was a bestseller in Europe. The young gardener’s nurturing masculinity is at the heart of this gem of a novel and Auður’s quiet prose is bound to earn a place in any reader’s heart. 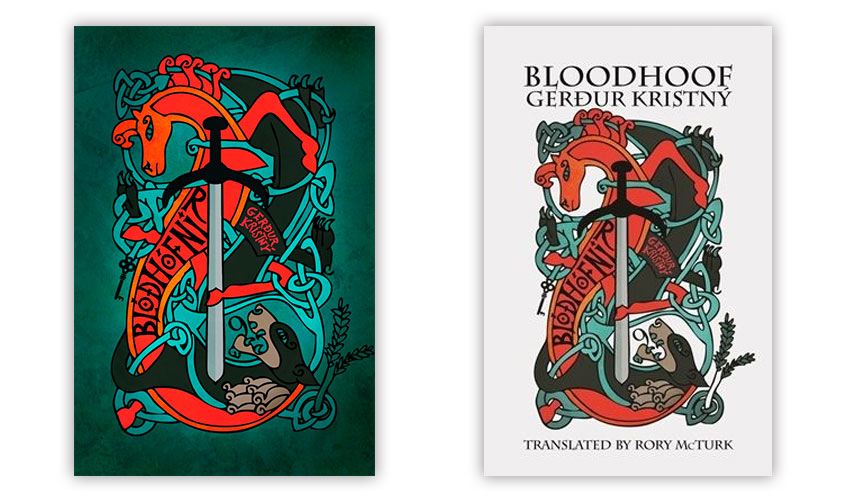 it’s always difficult to translate poetry but Gerður Kristný’s Bloodhoof, itself an adaptation of an older text, is worth seeking out. Telling the story of the Norse god Freyr’s pursuit of giantess Gerður from the previously unexplored point of view of Gerður herself, Bloodhoof casts the story in a different light. In the original text, Gerður Kristný utilises elements of the era’s strict lyrical rules but is not bound by them and the translation is focused on capturing the spirit of the text, rather than a direct translation. 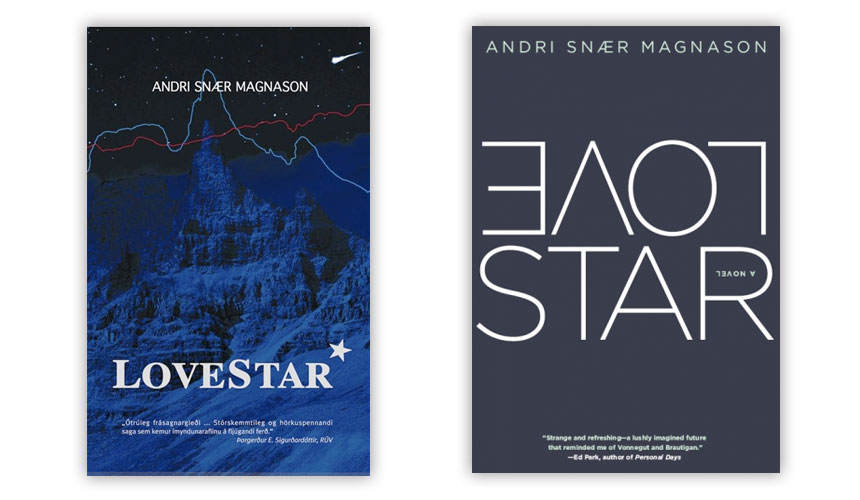 It’s not easy to define Andri Snær Magnason’s career. Among his oeuvre is a book of discount poetry sold in grocery stores, a children’s novel or two, and a non-fiction book on the state of Iceland’s industry and its future direction. He also ran for president of Iceland in 2016 and came in third. LoveStar is a dystopian novel, originally published in 2002, set in a future where a giant corporation controls the lives of people with their personal data that they’ve gathered, love is controlled by algorithms matching people with their mates and people can make a living as influencers, secretly advertising products through their lifestyle. Frightening, isn’t it? LoveStar is an unconventional love story set among Iceland’s stunning landscapes. 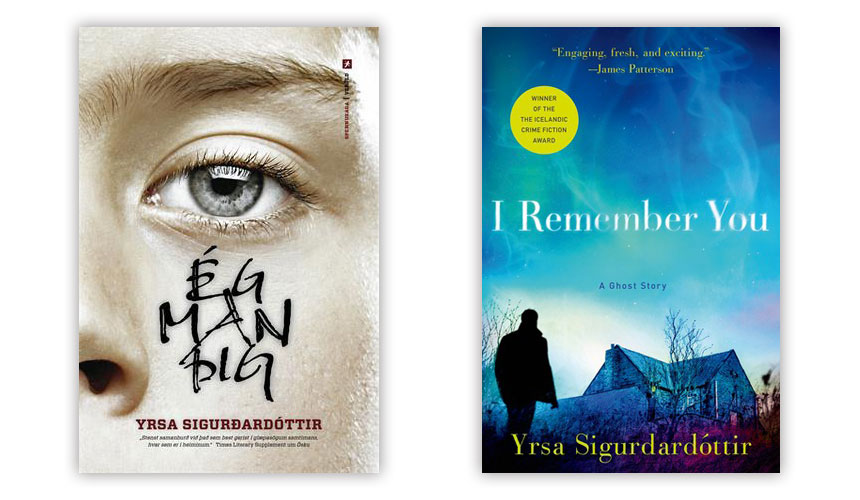 I Remember You by Yrsa Sigurðardóttir

Yrsa is the queen of Icelandic crime fiction. Despite writing about horrific crimes in a country with statistically less than one murder per year, Yrsa is known for writing believable and three-dimensional characters as well as a thrilling plot with twists and turns aplenty. She’s known for her books about Þóra Guðmundsdóttir, a crime-solving lawyer, but she’s also written a few more thrilling stories stretching into the realm of ghost stories and the supernatural. I Remember You combines an eerie ghost story with crime fiction and was recently made into a movie. 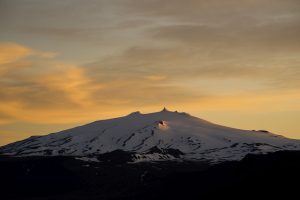 Adventures in Mystical Snæfellsnes – Aliens, Paganism and a Journey to the Centre of the Earth 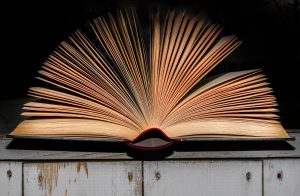 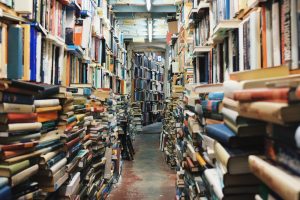 5 Icelandic Books You Should Read this Winter