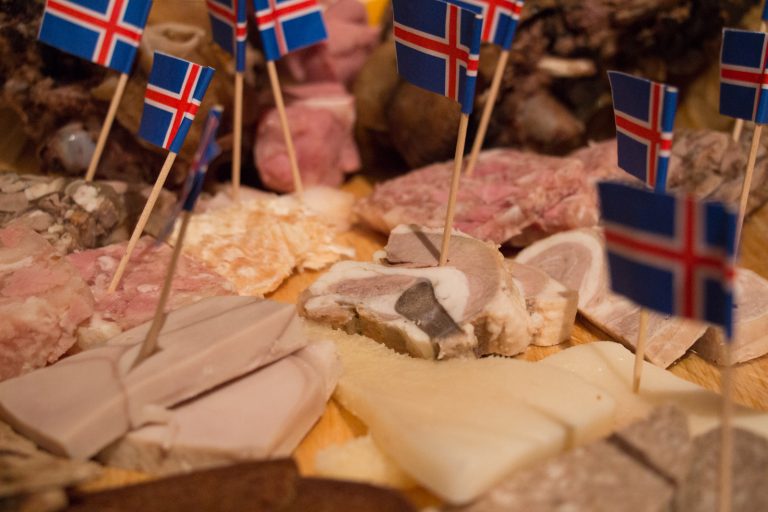 Icelandic food and where to get it

What you’ve heard about Icelandic food may not sound delicious to you. You may have heard something about ram’s testicles, seal flippers and cured whale fat, and I agree with you, it doesn’t sound too good. But this isn’t all Iceland has to offer! I’m born and raised in Iceland and my family is pretty traditional when it comes to food. Plus, I’m extremely good at eating, so I will be telling you about my personal favourite Icelandic food and where in Reykjavík you can taste these delicacies. 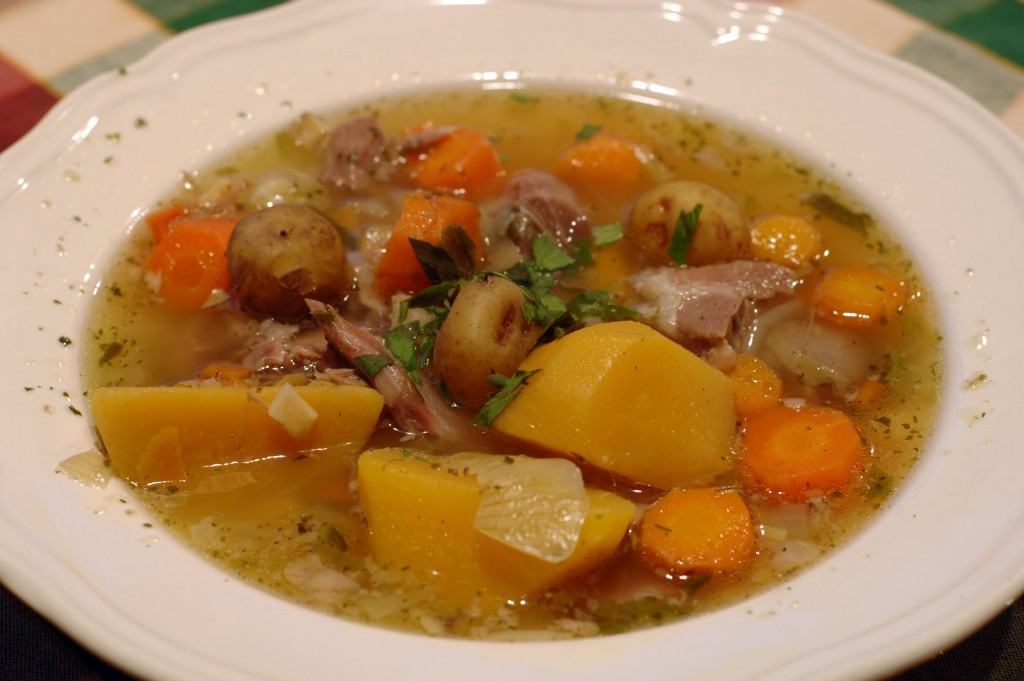 For centuries, Icelanders were generally a poor nation and they had to use whatever food they had well. The Icelandic sheep was the most important part of the diet and every single bit of this hardy animal was used to the utmost. Kjötsúpa is made out of bony, fat bits of lamb, hardy vegetables that are easily stored like potatoes and rutabagas, and a variety of herbs. It can be eaten when ready but it’s even tastier the day after. This is a really tasty meal, perfect for a cold winter’s day.

Where to get it: Café Loki across the street from Hallgrímskirkja church. You can also get kjötsúpa in supermarkets in Iceland such as Bónus, just need to heat it in a microwave. 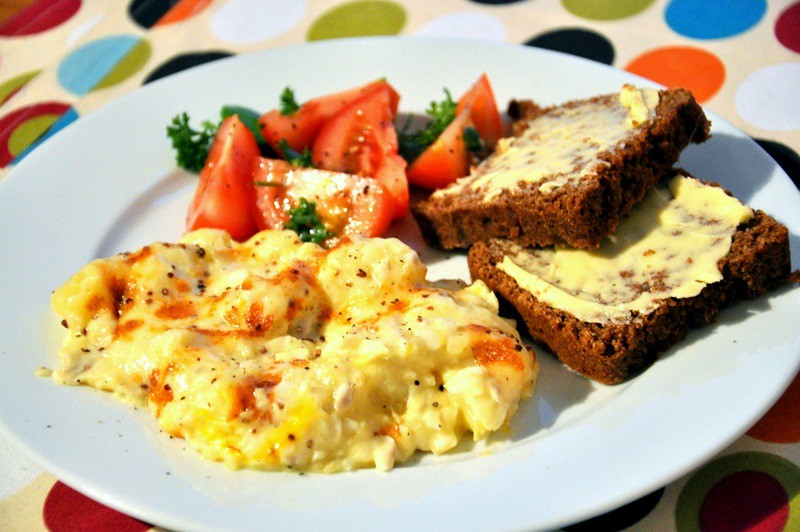 Fish mixed with potatoes and onions. It is the perfect combo. This is as typical as Icelandic food gets. Often served with rye bread with lots of butter.

Where to get it: Íslenski barinn – they serve it with bérnaise sauce and offer lots of different Icelandic beers to go with it! Supermarkets in Reykjavík and around Iceland will also have plokkfiskur in many cases, e.g. a brand called Gríms plokkfiskur. 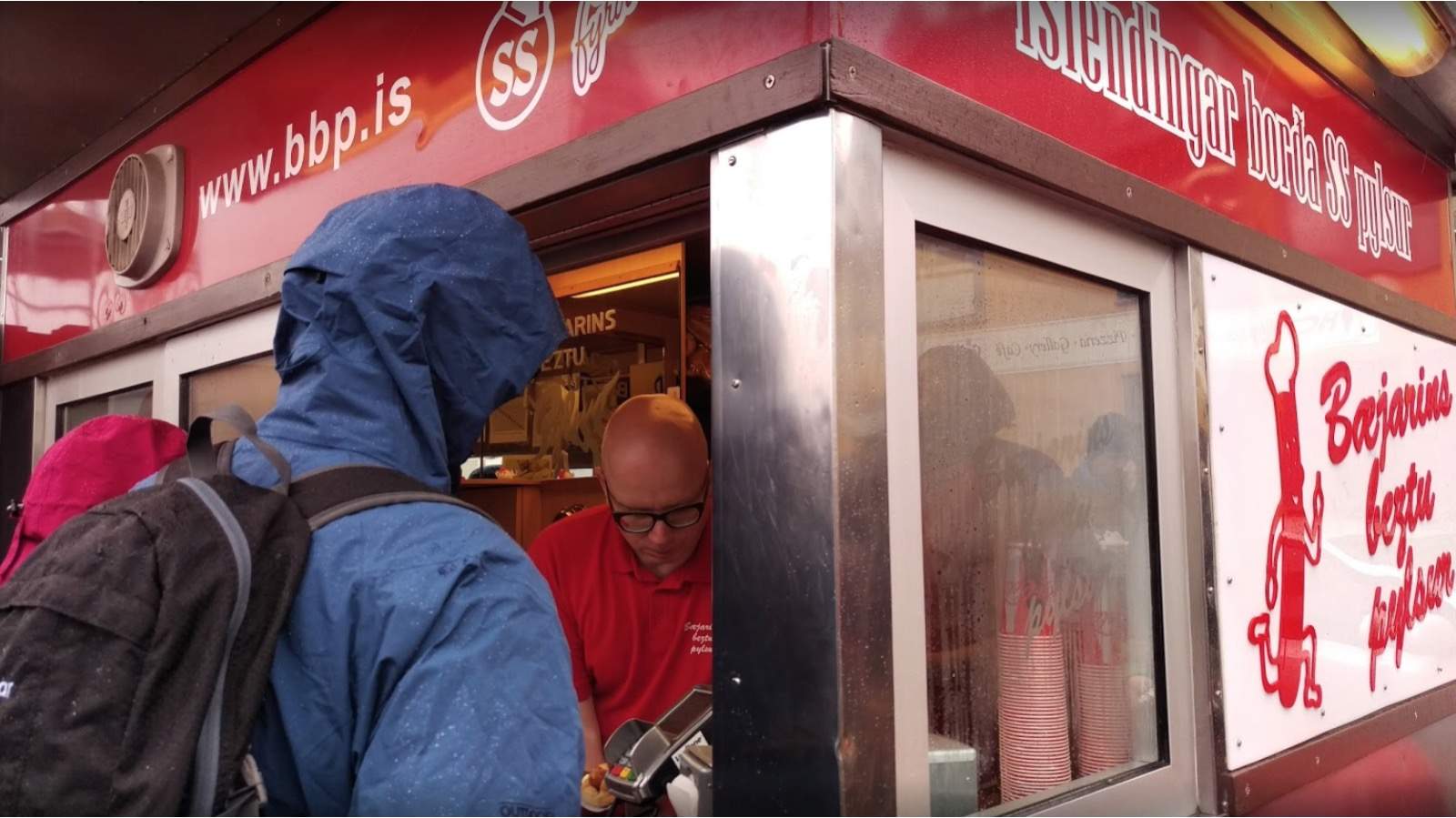 Maybe this sounds like the odd one out in between all these classic Icelandic dishes, but in fact the Icelandic hot dogs are one thing most Icelanders can agree on loving.  Hot dogs in foreign countries are always a disappointment because nothing beats the good old Icelandic ones. I don’t know what it is but it just always works.

Get everything you need for an Icelandic hot dog

Where to get it: Loads of places, but the best ones are at Bæjarins bestu, the famous hot dog stand close to the harbour. 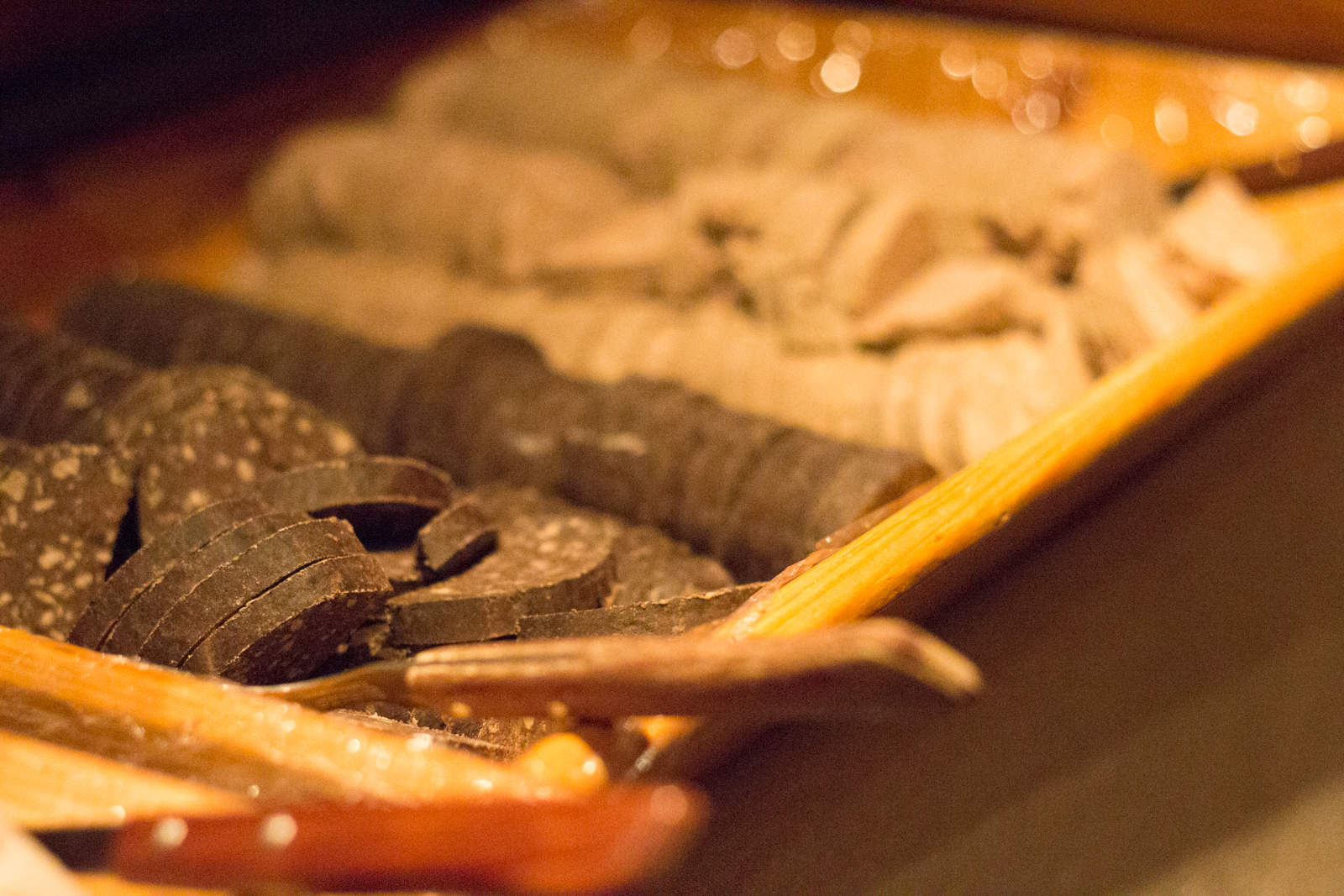 Directly translated, Slátur means “slaughter”. Every autumn, my family gets together at my grandmother’s house for a day or two to make this delicacy. We start with sewing pouches out of sheep’s stomachs while my grandmother feeds us chocolate raisins. Then there’s the slaughter mix. The ingredients are more or less sheep’s blood or livers and kidneys, minced sheep’s fat, oatmeal, rye and spices, and my family’s recipe changes every year. Last but not least, we fill the stomach pouches and close them with a pin. Now this is when my grandmother’s garage starts looking like the scene of a massacre. Slátur is usually served with boiled potatoes and the leftovers are great with rice pudding and cinnamon.

This is an ancient tradition in Iceland and it’s not uncommon for modern Icelandic families to get together to make slátur.  This keeps the family together and reminds us how Icelanders of the not so distant past had to work hard to survive.

Where to get it: As far as I know the only place to buy slátur is at grocery stores in Iceland. But for the really good home made stuff, try your best to get invited to dinner by a traditional Icelandic family! 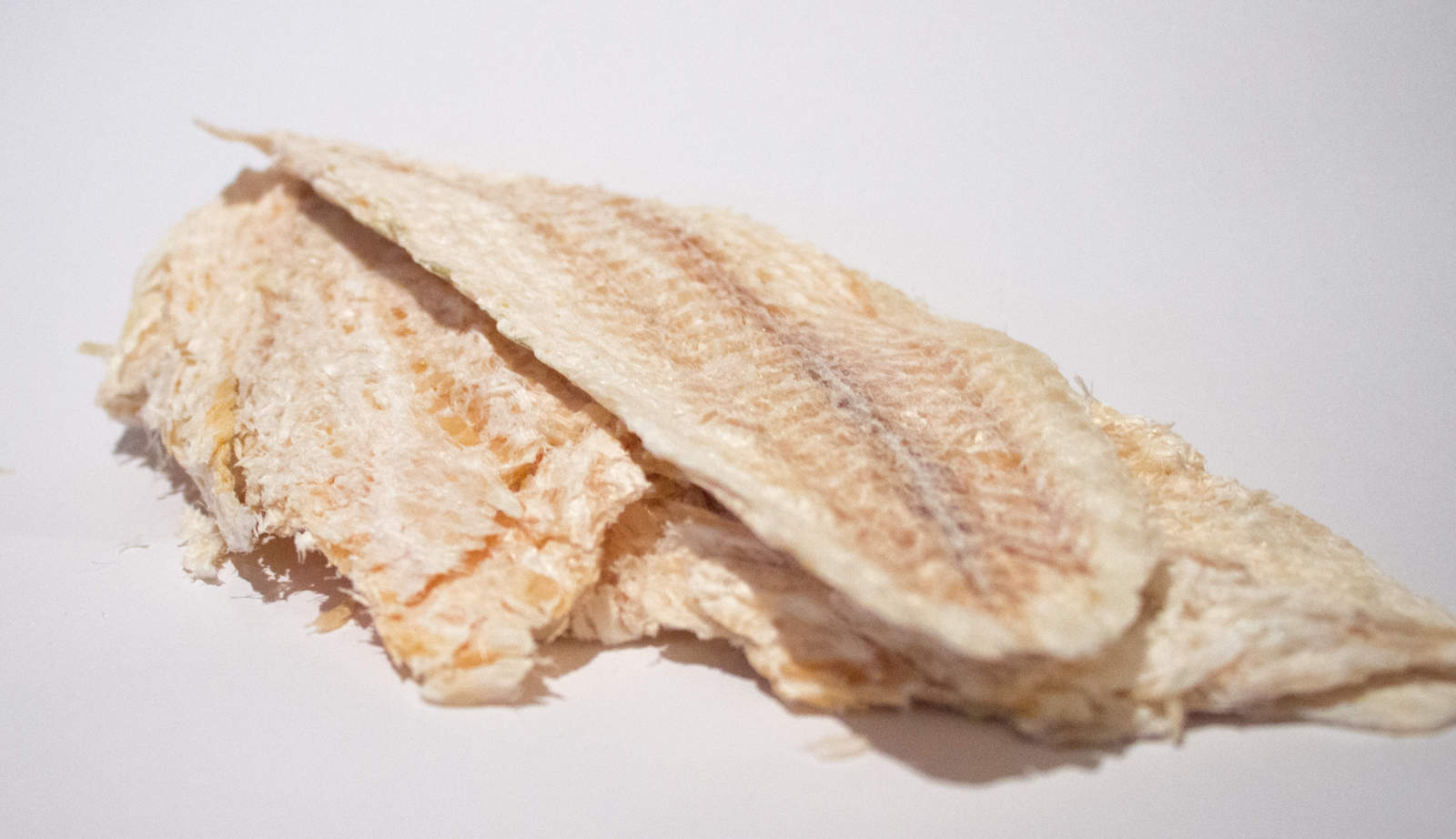 A good snack, healthy and nutritious. Goes well with heaps of butter. Perfect for on-the-go eating, as long as you don’t mind the fishy smell (I don’t!).

Where to get it: Supermarkets in Reykjavík or Kolaportið Fleamarket. 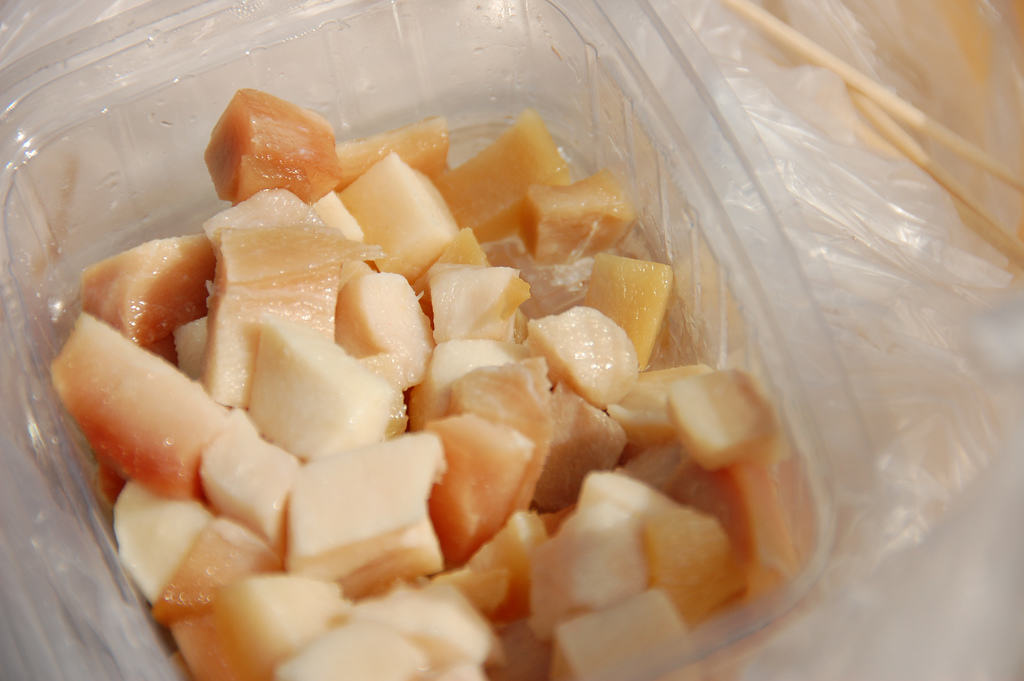 This is not for everyone. Shark meat has to be allowed to fully decay to be edible, as it is poisonous to humans when fresh. The fish factory I used to work at in Borgarfjörður eystri, Fiskverkun Kalla Sveins, makes the best shark in Iceland and the process is as follows: Large chunks of shark meat are put in containers with rocks on top. The weight of the rocks presses the poisonous fluids out of the shark for a period of several weeks. Then the meat is hung up to dry for a few weeks more. Then it is tasted and the best bits are sold in little cubes to be eaten on the point of a toothpick.

Like I said, it’s not for everyone – even most Icelanders cringe at the thought. I, however, love it. Some say it tastes like a strong french cheese and I think it’s a perfect snack with your beer, or better still, your shot of Brennivín.

Where to get it: Íslenski barinn and Kolaportið flea market. 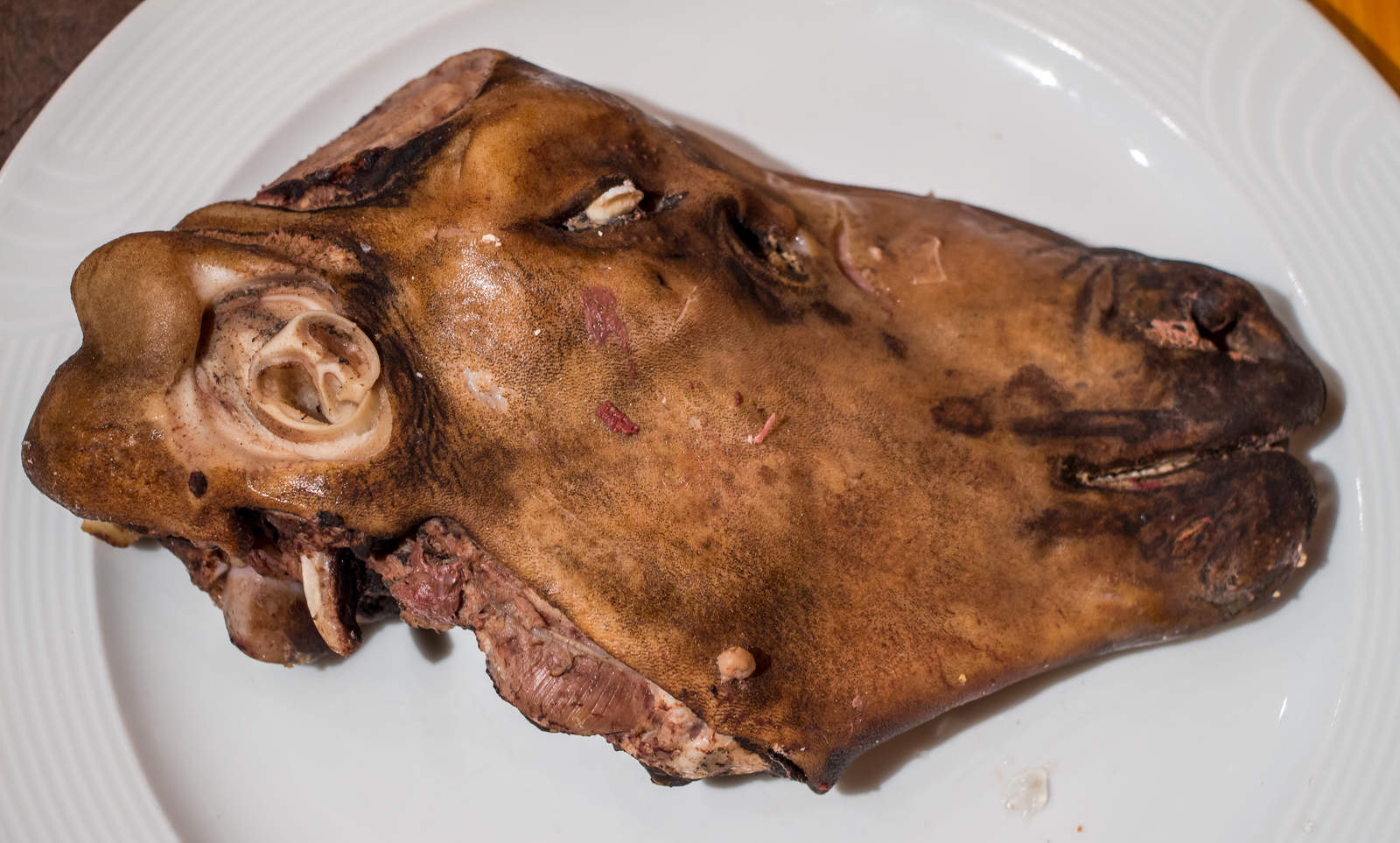 This is a particular favourite of mine. Some may think that half a head on your plate would make you lose your appetite, but being born and raised in Iceland this is absolutely ordinary (and delicious) to me. Svið is another result of Icelanders not being able to afford to let any part of the animal go to waste. The heads are cut in half, singed and boiled. And don’t worry – the brain is removed. However, the eye is left in and many Icelanders consider it the best part of svið. Svið is sometimes made into a kind of jelly called Sviðasulta.

Where to get it: As it is a favourite of many bus drivers, the only place to get it is the BSI Bus Terminal.

So now you should be ready to pop by Reykjavík and do some Icelandic food exploration! See you there. I’ll be the one wearing a lopapeysa with a hot dog in one hand and a sheep’s head in the other. 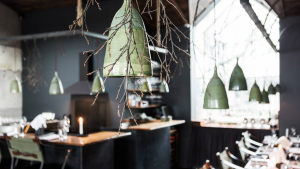