Feel the Heat – A Visit to the Icelandic Lava Show 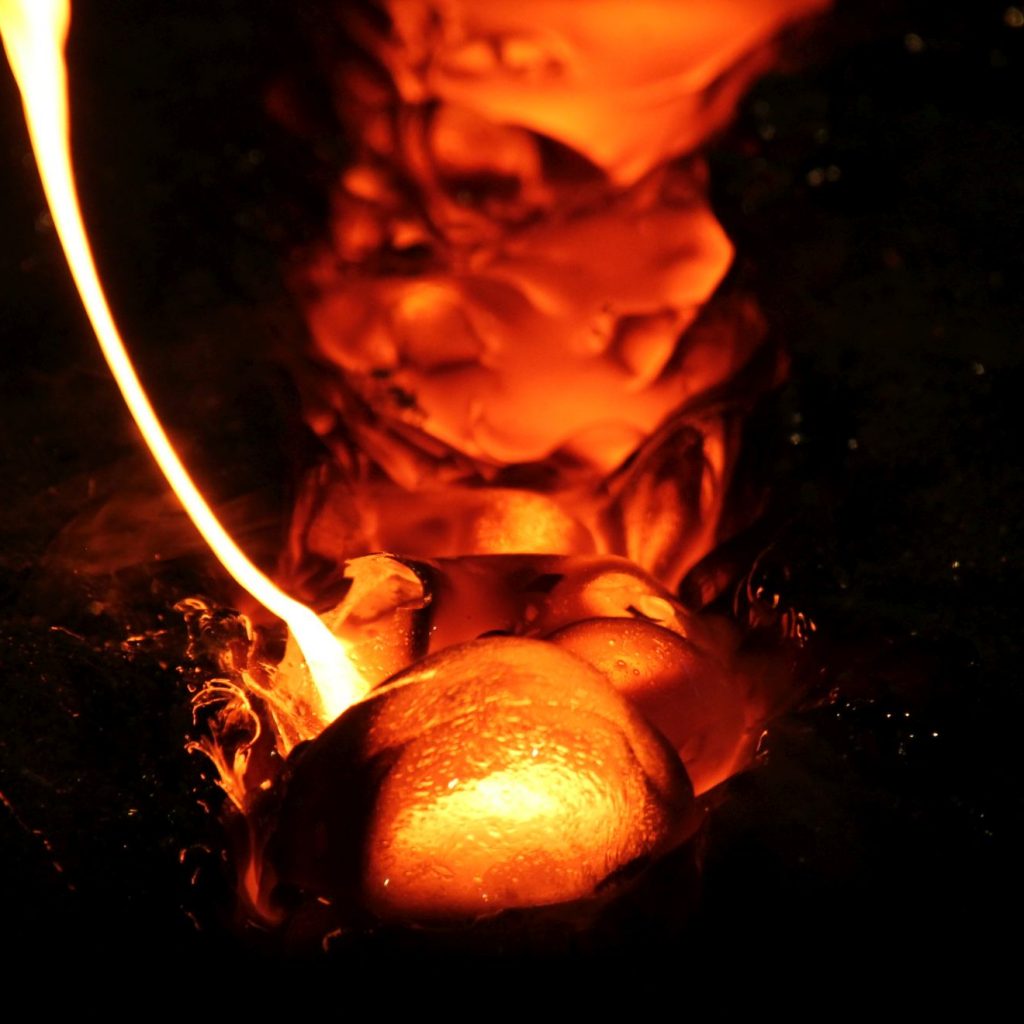 Iceland’s southernmost village is a small town called Vík of about 450 people. Vík is known for its black sand beach, which some count among the most beautiful beaches in the world. Since September 2018, Vík is home to a new, extraordinary attraction, the Icelandic Lava Show, located in a revamped supermarket building.

On a sunny Sunday afternoon in May, What’s On joined one of their shows. Even though they haven’t been running for long, raving reviews set expectations high.

First, let’s talk about food. The Icelandic Lava Show shares their space with The Soup Company, a cosy family-owned coffeehouse and soup restaurant. Guests of the lava show are encouraged to show up early or stay after the show to get a delicious bowl of soup with freshly baked bread or a panini. I ordered the vegan soup served in a bread bowl, and it was one of the best soups I’ve tasted in a long time. Try it yourself!

The lava show is divided into three parts: an introduction, a movie, and the actual lava flow. It starts with an introduction where everybody gets safety glasses and information about the show and the active volcanic system in the area around Vík, after which a movie is shown with more information about one of the largest volcanoes in Iceland, Katla.

Katla is a very active volcano with eruptions every 20-90 years. The volcano is partly covered by Mýrdalsjökull glacier, which lies north of Vík. It erupted last in 1918, and the volcano has been showing signs of unrest since 1999, so an eruption is long overdue. An eruption of Katla would likely melt the ice of Mýrdalsjökull glacier and cause a huge flooding. This body of water could stream towards Vík’s black beach, destroying almost the entire town of Vík on its way, and causing ocean levels to rise. The town’s church, located on a hill, is believed to be high enough to survive the flooding, so that’s why it has been appointed as the emergency shelter in case of an eruption.

Next to flooding risks, there are also risks from ash, lava, and poisonous gases in the area. An evacuation plan is at hand, and in case of an emergency, everybody in the area will receive an eruption alert by text message.

The movie that is shown also tells the story of the grandfather of Icelandic Lava Show owner Júlíus, who witnessed the last big eruption of Katla in 1918 firsthand. It gives the viewer a sense of the immense power of the volcano, and how scary it must’ve been for those directly experiencing the eruption.

The next part of the show is what it’s all about! In 2010, owners Ragnhildur and Júlíus witnessed the Fimmvörðuháls eruption up close and were so impressed with it, that they started thinking about ways to share their experience with the public.

But how to translate the heat, the crackling sounds, and the fiery colours to a safe environment? Well, the answer is simple, by pouring 1,000°C hot lava into a dark room, with people sitting less than two metres away from it!

Molten lava, heated up in a big cauldron, is poured over a steel-bordered area with an ice block in the middle. When the lava touches the ice, the sizzling effect of a volcano erupting under an ice cap is recreated – just like what will happen when Katla erupts.

Seeing the molten lava creep towards you and feeling the accompanying heat, is a spectacular experience. The shapes of the bubbling lava are fascinating, and the sounds of the cooling lava unique. What’s more, you get tons of interesting facts about lava and volcanic eruptions during the show. You even get to keep a piece of lava glass after it’s all hardened.

It’s something you should experience yourself, so add the Icelandic Lava Show to your bucket list! 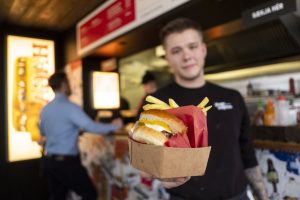 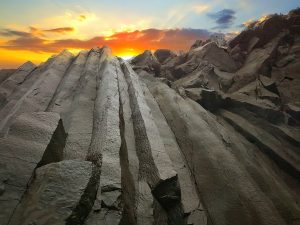 The Wonderful World of Icelandic Rocks and Minerals 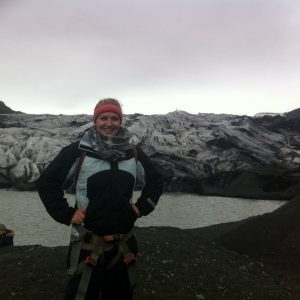 Hot and Cold: On the Top of Eyjafjallajökull Volcano and Sólheimajökull Glacier 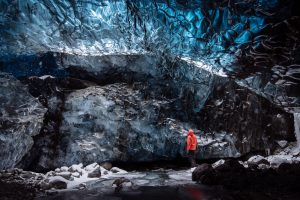 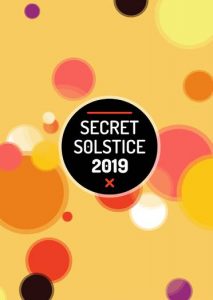 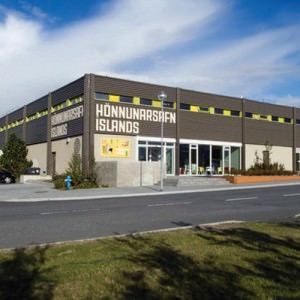