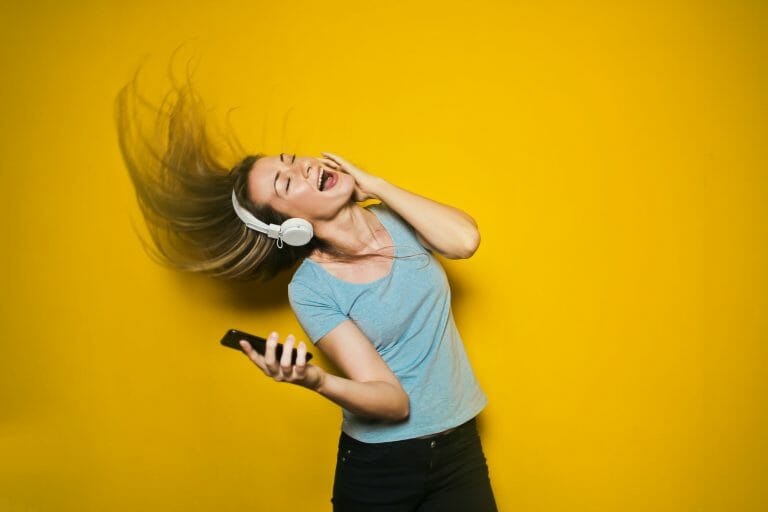 Listen to this Icelandic music playlist, carefully selected for you by the What’s On team!

Classically trained violist Ásta started writing lyrics as recent as 2019. She started playing the violin when she was just three years old, studied at the Royal Danish Academy, and has been a soloist with the Icelandic Symphony Orchestra and the Copenhagen Philharmonic Orchestra. Her first album Sykurbað received Folk Album of the Year at the Icelandic Music Awards and won her Best New Artist at Iceland Airwaves. In Sykurbað, the relationship between man and nature is the focal point, but her latest single Melabúðin, a pop song about Reykjavík’s neighbourhood convenience store, has a lighter tone.

BSÍ is named after Reykjavík’s central bus terminal BSÍ, from where buses to the airport and tours around the country depart. It’s a grey building in need to renovation and it’s not a place you want to stay for a long time. An unconventional name for an unconventional indie-punk duo, who don’t take themselves too seriously and love to experiment with sounds. If you live in the UK, you may have seen them recently as support for The Vaccines during their UK tour. Their debut album Sometimes depressed… but always antifascist was released in spring 2021.

Axel Flóvent is a singer-songwriter from Húsavik, North Iceland, where he recorded his first EP Forest Fires influenced by Bon Iver among others. With over 50 million streams, its title track received international acclaim, and he has played support to Mumford and Sons and Ásgeir. When he was 19 years old, he moved to Amsterdam, which was the beginning of a dark time for him, feeling isolated and not at home, and later to Brighton in the UK where he recorded his EP Youthful Hearts (2018). After this, he moved to Reykjavík and released his debut You Stay by the Sea.

Andy Svarthol is an experimental noise and dream pop band based in Reykjavík by brothers Egill and Bjarki Viðarsson. Influenced by The Beach Boys, TV on the Radio, Beach House, Pixies, and Massive Attack, their sound includes pop music as well as noise rock. Their first full-length album, Mörur, was released in 2019, a psychedelic soft-rock album on which melodic keyboard is mixed with guitar and synthesizer sounds along with the brothers’ vocals. Amazingly, the brothers don’t have any formal musical training and are completely autodidactic.

Pale Moon, a project by duo Árni Gudjonsson and Natalia Sushchenko, is a rising star in Iceland’s indie rock scene, described as a mix between Mac DeMarco and The Shins. Influenced by The Beach Boys, David Bowie, Billy Joel, and Fleetwood Mac, their sound is more modern and dreamier. Their catchy debut EP Dust of Days is a mix of 60s psychedelic rock and modern indie rock and pop. In 2020, they have been working on their first full-length album in a home studio close to Tarragona, so a new release is on the horizon.

RAKEL is the artist name of Rakel Sigurðardóttir. She started playing the violin at the age of six, and later studied jazz singing. During her studies, she started collaborating with Axel Flóvent, whom she joined on tour before starting her solo project in 2020. RAKEL makes dreamy, emotional pop music, both vulnerable and personal. RAKEL’s debut EP Nothing Ever Changes, about feeling a little bit unsure of what you’re doing in life, was released April 2021.