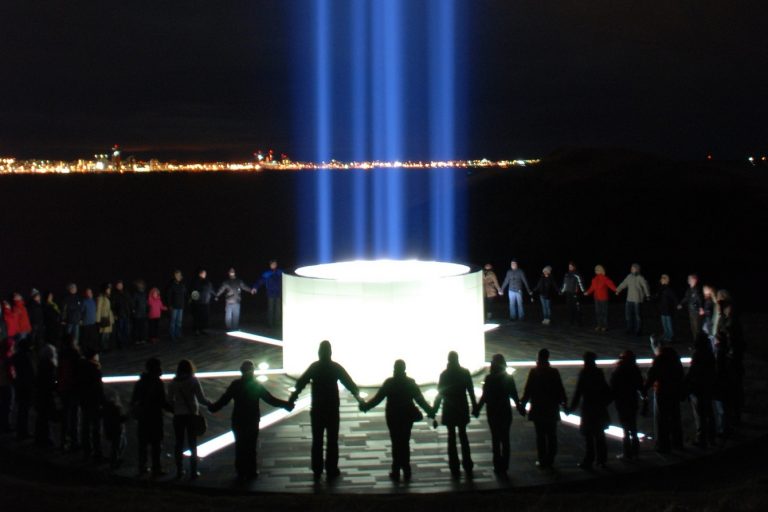 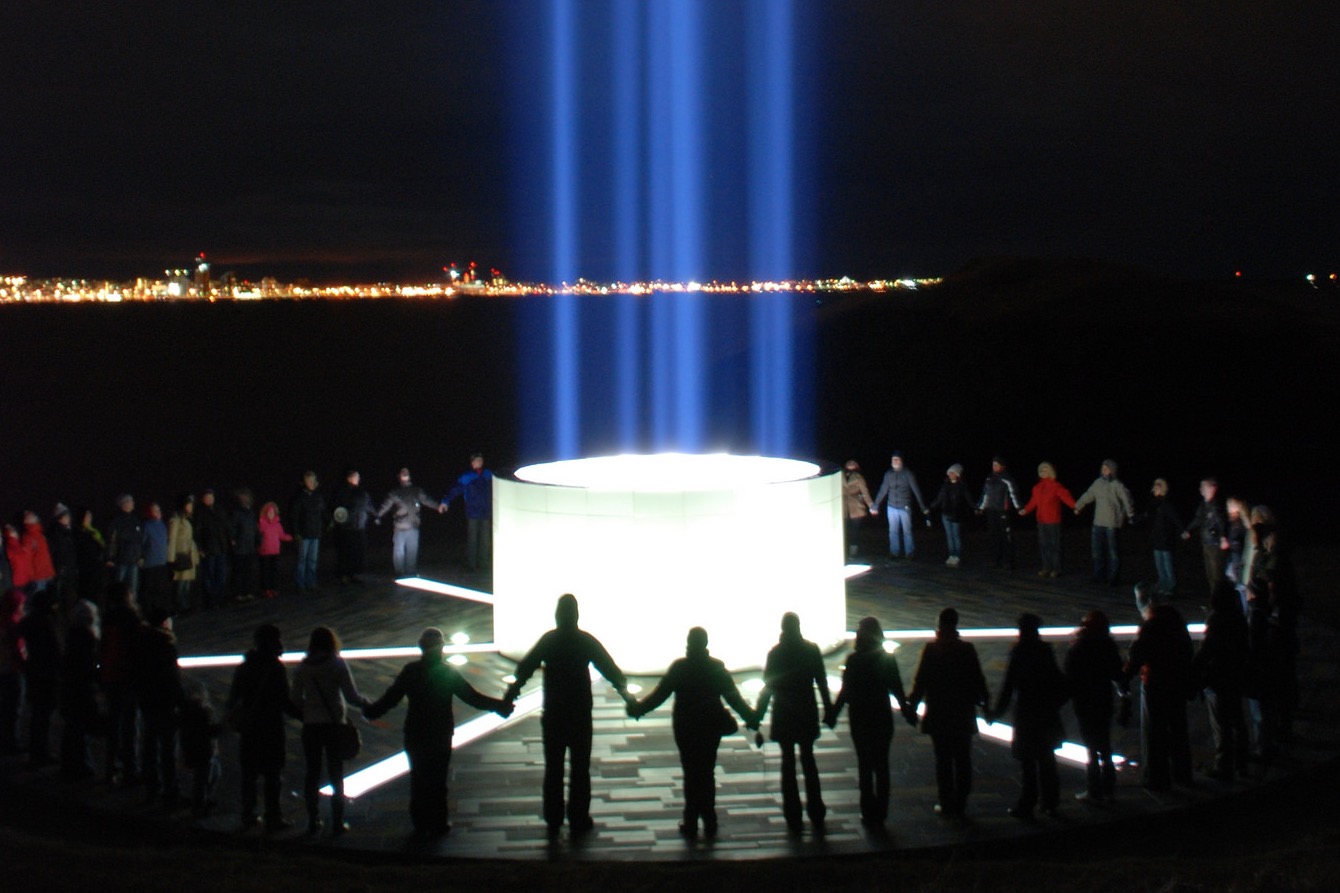 The Imagine Peace Tower, a memorial to John Lennon conceived by Yoko Ono, will be lit for the 10th time this October 9th. The tower is in the form of a wishing well, shooting aray of light high into to the sky from October 9th, Lennon‘s birth date, to December 8th, the day when John was shot by Mark David Chapman in New York City. The work is an ode to the song “Imagine” and the words ‚Imagine Peace‘ are written on the tower in 24 world languages, as its aim is to spread the message of world peace. One could say that it is the exact opposite of the superlaser on the Death Star. It is situated on Viðey, an island just off the Reykjavík peninsula, allowing the people of Reykjavík to enjoy the view.

Iceland was chosen as the location for the beam for a number of different reasons. For one, the whole country is covered in darkness for months on end, so it really is a visual spectacle that everyone can enjoy. Iceland is a also a fitting setting in another way as the country has been named the most peaceful nation on Earth eight times in a row. We also have an abundance of cheap and renewable energy to power the thing! Iceland really is the perfect spot for the Imagine Peace Tower. 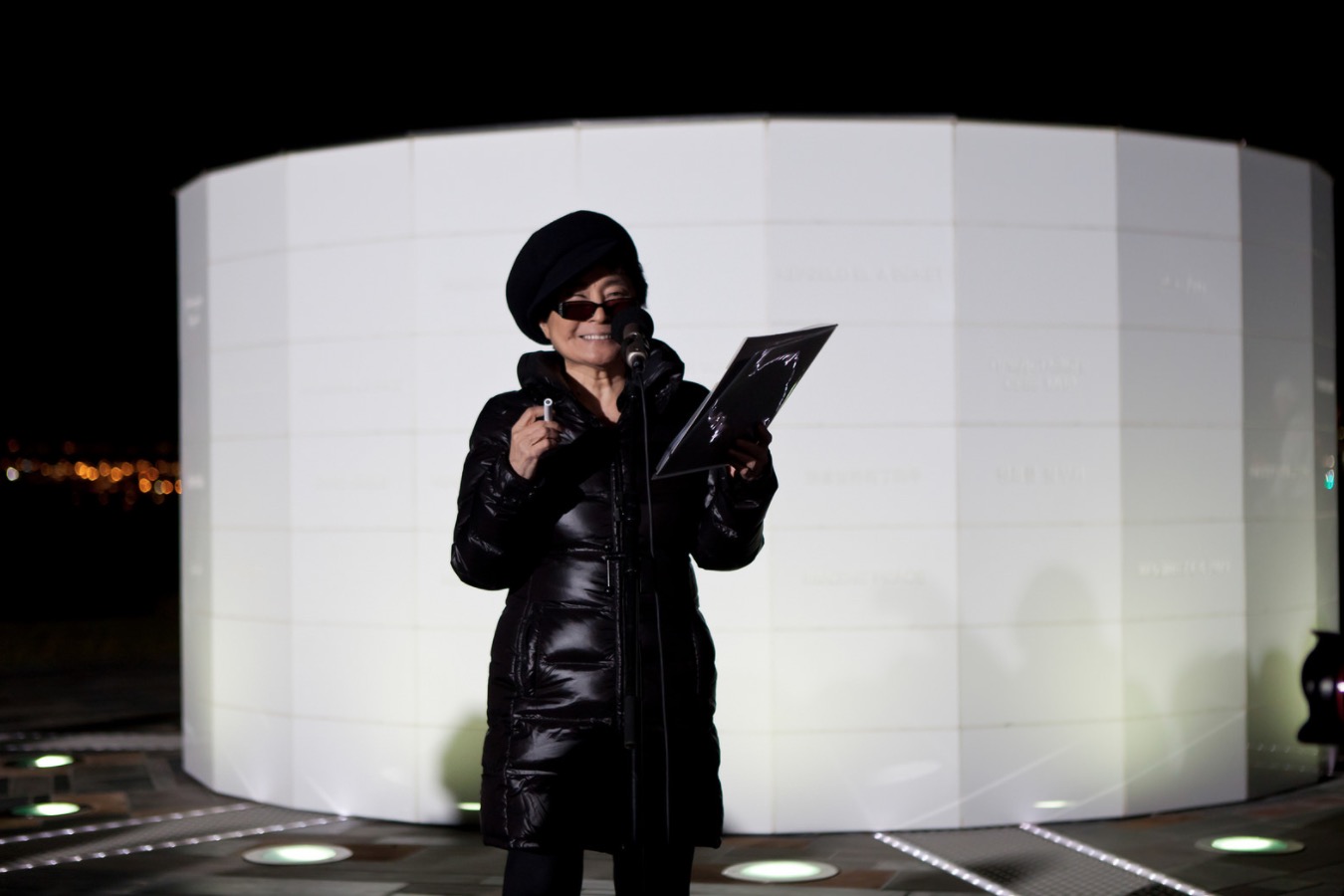 The beam is cast toward the sky by a system of searchlights, Xenon gas, and mirrors that are powered by 70 kilowatts of energy. The beam has also made criminals wary that Batman might be around the corner ever since its commission – as, on cloudy nights, it has an uncanny resemblance to the Bat-Signal itself. Why do you think the crime rate in Iceland is so low? There is no such thing as coincidence! It is believed that we can see the light column reach around a 100 kilometers up into the air. Be sure to take a moment to look up at the night sky and enjoy the spectacle of the Imagine Peace Tower. You might even catch a glimpse of the Northern Lights while you‘re at it! 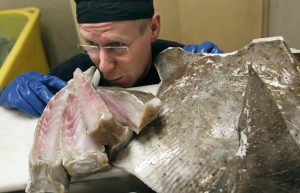