Is Iceland Full of Tourists?

There are a lot of ducks and swans here, too.

Recently I read an article about the countries with the greatest proportion of tourists to locals, and was very surprised to find Iceland near the top of the list. Iceland has certainly become more popular in recent years and tourists have become more prominent in the city, but I still think it’s a far cry from the tourist traps and sunny beach resorts I’ve been to.

It got me thinking, because it comes up every once in a while, that people will ask “where are the restaurants that the Icelanders eat at?” or “where do the locals go shopping” and my answer is categorically “the same places you do, these are all the restaurants and shops we have!” There may be some truth to the feeling that downtown Reykjavík is a bit touristy, but I think that some people have unrealistic expectations of a city that has no foreigners at all. If nothing else, there will always be some expatriates anywhere you go. For some perspective, Iceland is expected to break the record this year with one million tourists. London, for comparison, sees more than that every month, and New York City? Every week. 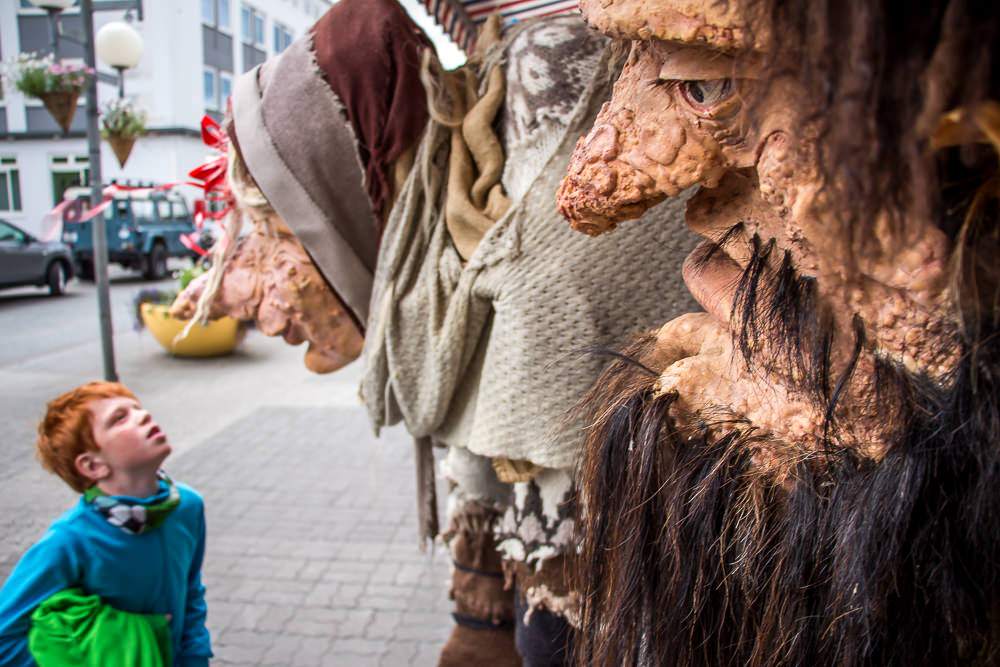 Trolls take a lot of room in the Icelandic highlands.

But ok, the article makes a fair point that you notice the tourists more if there are fewer locals, and therefore measures touristy-ness by the proportion of tourists to locals. Iceland has a tiny population, so according to this measure, Reykjavík is way up there. With 200.000 inhabitants, and 90% of the one million tourists passing through, outnumbering the locals by 4 to one over the year.

However, this is only fair when measuring the touristy-ness of a City, not a Country. Iceland has a very small population, ca. 330.000, but an area of 103.000 sq. km, comparable to the US state of Kentucky (104.000 sq. km.) and considerably larger than the country of Scotland (78.000 sq. km). You therefore might be misled when there’s a lot of tourists compared to the number of inhabitants, because a lot of the people you see will be foreign, but you won’t see that many people in total. 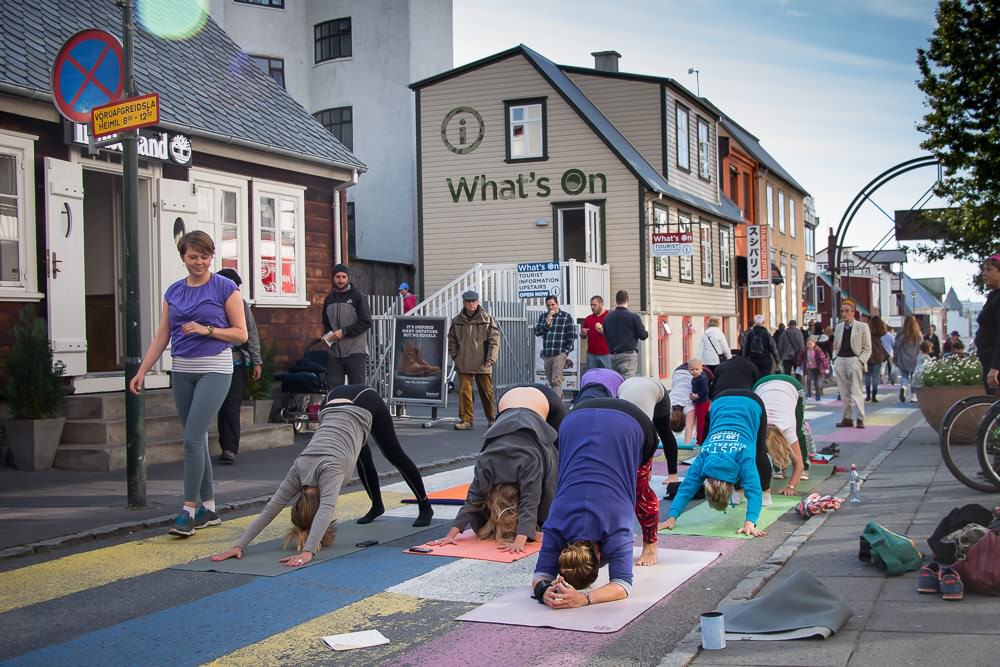 There is so much free space in Iceland that people sometimes take to the street for impromptu yoga sessions.

Again, the greater Reykjavík area has about 200.000 inhabitants, and if past trends hold, about 95% of the 1.000.000 projected tourists in 2015 will pass through Reykjavík, about a third of that in the summer high-season, meaning there might be roughly 100.000 tourists in a given month. 72% of the million will also stay in the south of the country, so yeah, you might notice some other travellers in the Reykjavík City Center and maybe on the Golden Circle, but basically nowhere else. You don’t come to Iceland to see the city anyway, you come to Iceland to see the nature. 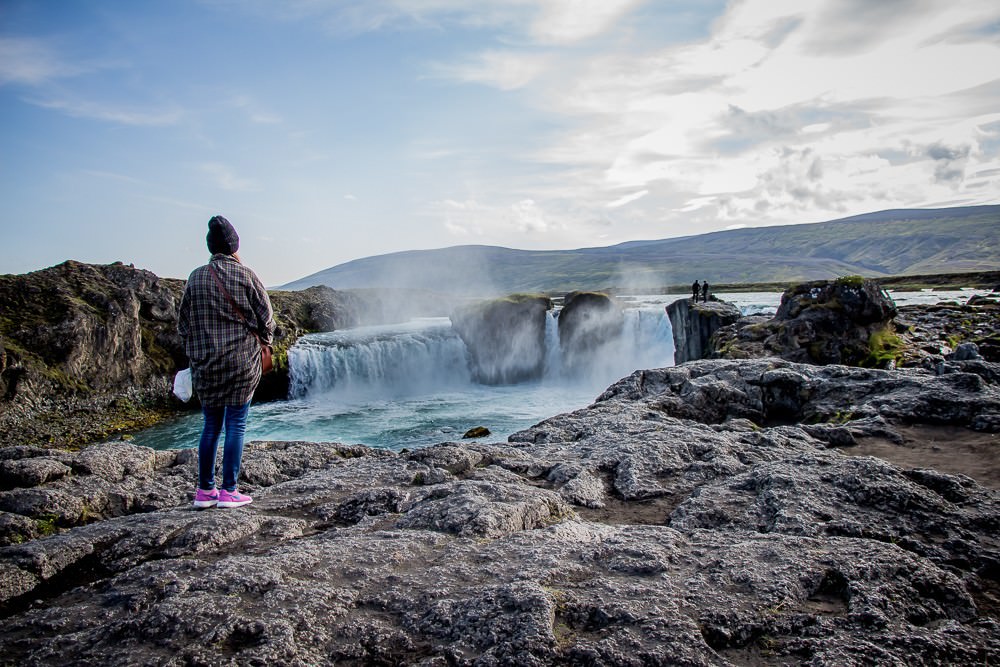 The West Fjords, for instance, has an area of 22.000 sq.km., a population of 7.380, and if these statistics hold, it will have roughly 23.333 tourists per month over the 2015 summer. Which is way more people than live there! But the locals and tourists together IS STILL ONLY 1.3 PEOPLE PER SQUARE KILOMETER. By comparison, it would be like being alone in central park with three other people, and being annoyed that two of them were foreign. Hardly a crowded picnic that. It’s like being by yourself in the Louvre, and being annoyed that the only person there is a tourist.
So are there a lot of tourists in proportion to the population in Iceland? Yes. Will they be in your way a lot of the time? Not really.

Want to be up-to-date on what’s on in Iceland?