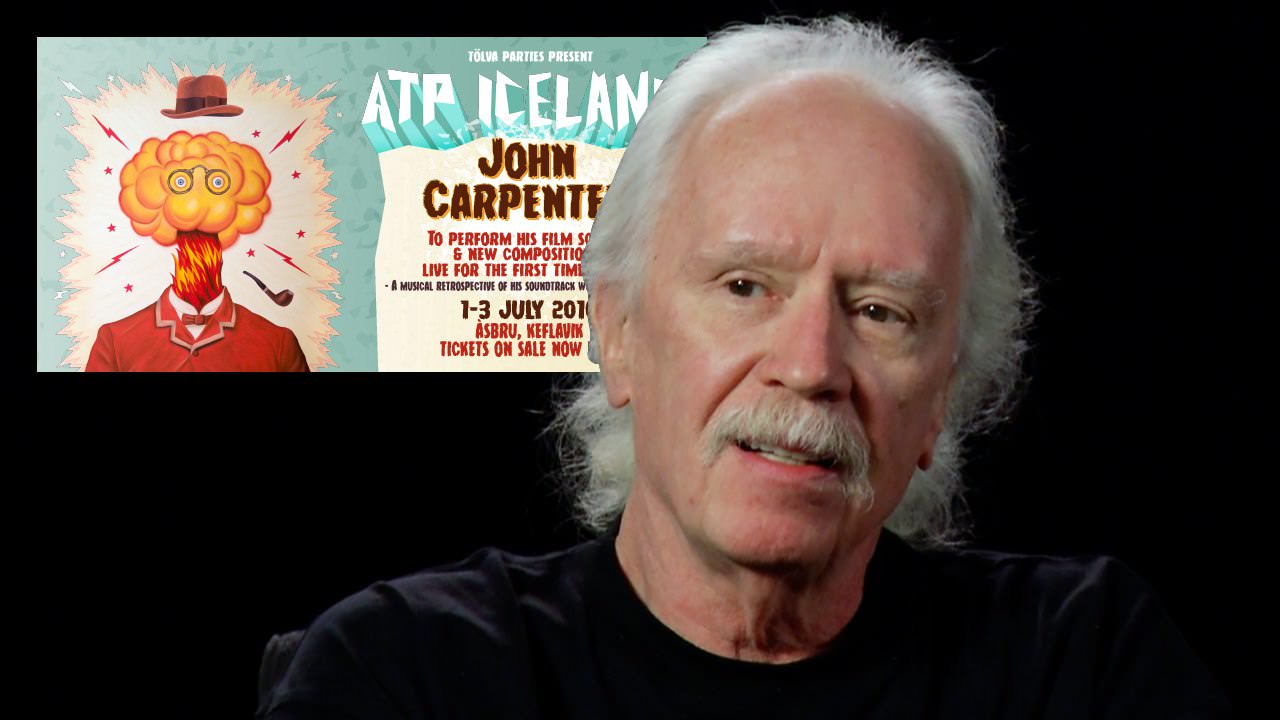 Next year the master of horror John Carpenter will come to Iceland and, for the first time ever, perform his music live at the ATP music festival! He will do a retrospective of his incredible soundtrack work, his first solo record (Lost Themes) and new compositions.

For horror fans, this is a big deal. Not only is Carpenter one of the all-time greatest horror directors, but his soundtracks are absolutely genre defining. His greatest accomplishment is arguably the theme from his groundbreaking “Halloween” (1978), which is the default music (along with the “Chi, chi, chi; ha, ha, ha” from “Friday the 13th) for whenever a maniac is coming to get you (trust me).

Carpenter, who turns 67 this year, is responsible for more horror and sci-fi classics than most, including “Halloween,” “Assault on Precinct 13,” “The Fog,” “Escape from New York,” “The Thing,” “They Live,” and “Christine,” to name just a few, and he was the main composer for all of these movies, except “The Thing” (the renowned Ennio Morricone, who defined the cowboy film soundtracks, did that one).

ATP (it stands for All Tomorrow’s Parties) music festival is held annually in Ásbrú, the former NATO base in Keflavík, Iceland (the town which is next to our International Airport) and has seen its share of great international artist like Iggy Pop, Belle and Sebastian, Public Enemy, Portishead, Neil Young and Interpol.

I won’t be missing John Carpenter at ATP Music Festival 2016, and I am sure a lot of horror and music fans alike, won’t miss him either. It’s gonna be a great show!

Here are some of my favourite John Carpenter compositions: