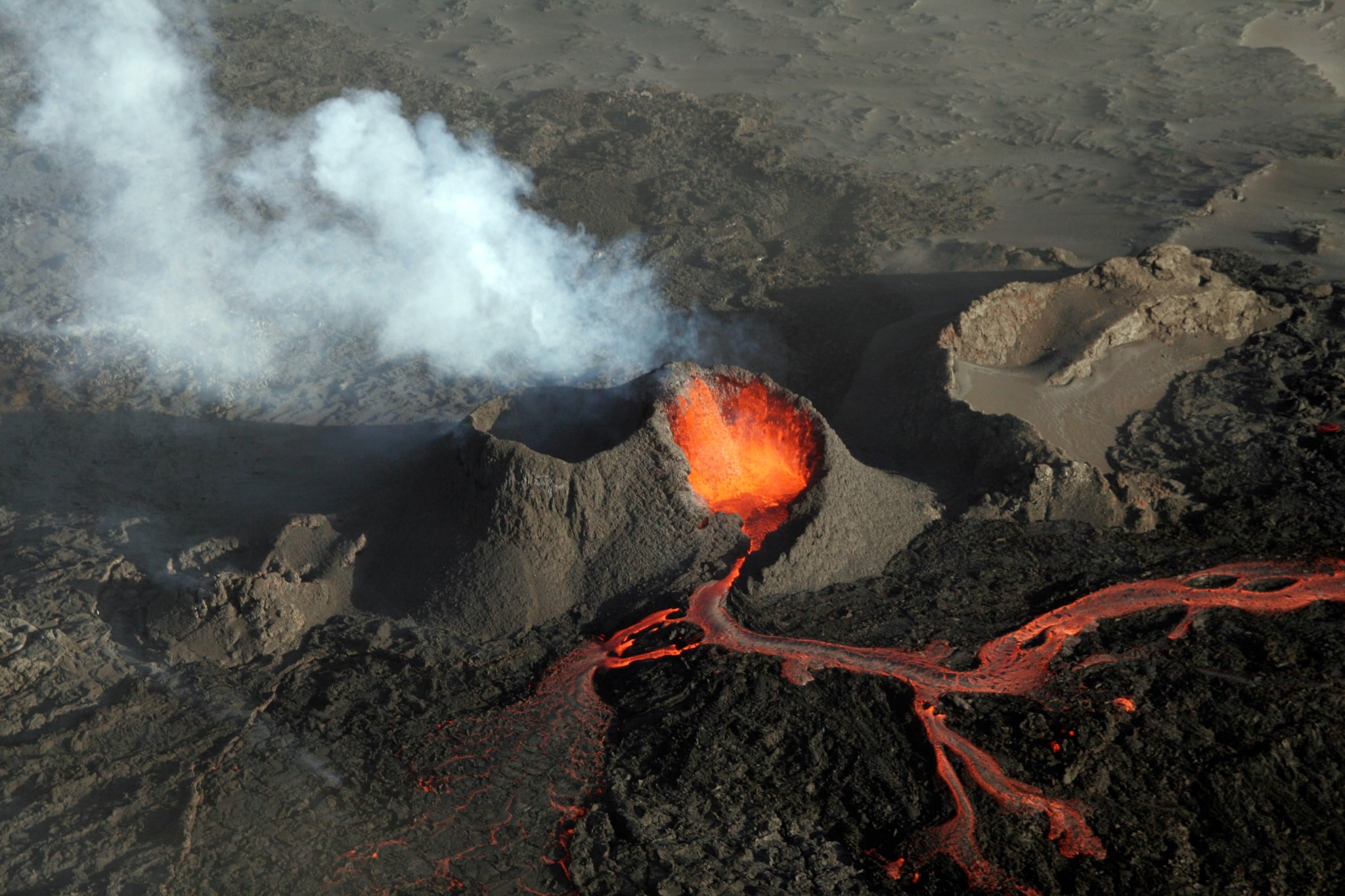 Is Katla, one of Iceland’s biggest volcanoes, about to erupt?

Is Katla about to erupt?

Mt. Katla, one of Icelands largest, most active volcanoes, has been making some noise lately. More than 250 earthquakes were measured in the volcanic system. Of those, 6 separate quakes measured above 3 on the Richter scale. The aviation security code of Katla has been raised from green to yellow, roads were closed in the area over the weekend and all organized tours there were cancelled. However she has kept quiet for the last couple of days, the roads have been opened again and there is no immediate danger.

How big is Katla, exactly?

Pretty darn big. It is 1.512 m (4.961 ft) tall, and has a much greater volume than, for instance, Eyjafjallajökull, which famously stopped air traffic in Europe for weeks in 2010. 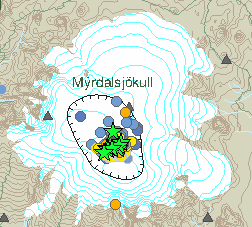 The black lines are the calderas. Katla, under Mýrdalsjökull, could eat Eyjafjallajökull in one bite.Image source: Vedur.is

How active is Katla?

Katla is one of the most active volcanoes in Iceland. She erupts on average every 50-100 years; in all 20 times since the 9th century, when Iceland was first settled by people. There haven’t been any large eruptions since 1918  which some people interpret to mean that she’s overdue for an eruption. Volcanos, however, don’t run on a timer, and there are many factors at play.

Katla, much like Eyjafjallajökull, is completely covered by a glacier. This means that when there’s a big eruption, the lava and ice makes for a pretty violent show. But if the eruption isn’t very big, it might not even breach the surface of the glacier. For instance, we’re pretty sure there were minor, pressure-relieving volcanic events in 1955, 1999 and 2011, but there’s no way to be sure since the whole thing is covered by ice.

And what exactly would happen if Katla were to erupt?

It’s hard to say exactly. It could be a devastating volcanic eruption, a small one that’s just enough to cause some floods, or it could be nothing at all. Historically Katla has had eruptions measuring between 4-6 on the Volcanic Explosivity Index (VEI). Eyjafjallajökull 2010, for comparison, was a 4. The scale is logarithmic so a 6 would be 100 times bigger. Or it could be 100% less.

Then there’s the issue of ash. Iceland has a volcanic eruption roughly every 5 years, and yet Eyjafjallajökull in 2010 was the first time we’ve stopped all the air traffic in Europe. It’s also worth noting that Eyjafjallajökull was a fairly minor eruption.

Still, keep in mind, this was due to a very specific set of circumstances such as the composition of the lava, thickness of the ice cover, and direction of the wind. When Katla erupts, the same thing could happen, but it probably wouldn’t. 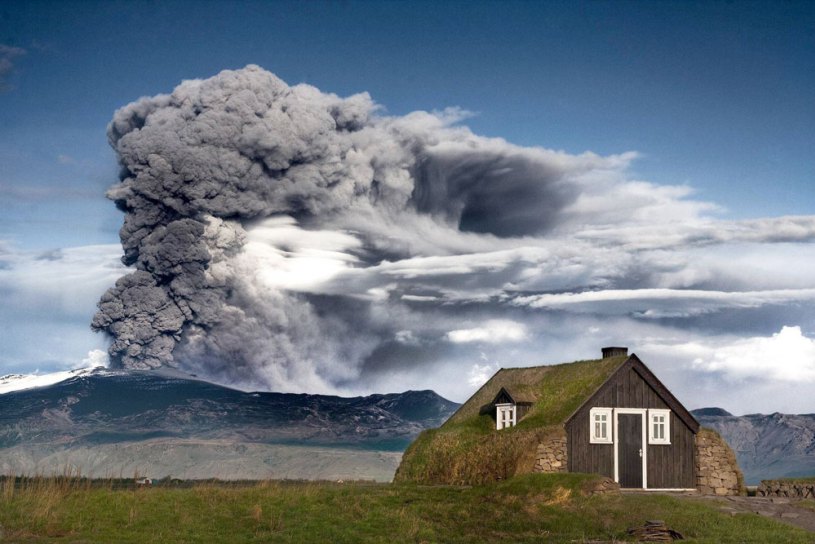 Pictured: not that big a deal, really.

We’ve even had two much bigger eruptions in the years since 2010, (Grímsvötn in 2011 and Bárðarbunga 2014) but you probably never heard about them because air traffic wasn’t affected.

Should I cancel my trip to Iceland because of Katla?

The short answer is “No, you shouldn’t”. It’s really too early to tell if anything might happen. Cancelling a dream trip to a wonderful place like Iceland is a very drastic thing to do, and we really don’t know that anything is going to happen. Even if she erupts, it could be barely noticeable. And even if it was a robust eruption, Iceland is a pretty large island (bigger than Scotland) so it would have to be pretty cataclysmic to threaten places like Reykjavik or Akureyri.

That being said, of course you should monitor the situation and perhaps check with your travel agent if your’re insured for “acts of God” such as volcanic eruptions. And you should definitely check with locals before camping or hiking anywhere in the area.

So should I BOOK a trip to Iceland to see Katla erupt?

Again, no. I won’t promise that Katla won’t erupt, but booking a ticket solely for the purpose of seeing Katla erupt is extremely optimistic. Of course, booking a trip to Iceland is always a great idea and there are plenty of geothermal areas that are interesting to visit even if there isn’t a volcanic eruption going on, but Katla isn’t an attraction you can rely on.

So tell me really, is Katla going to erupt?

The only safe answer to this question is that it probably will at some point. The evidence, again, is mixed. From September 28 to October 1 there was a huge spike in earthquake activity in the region, glacial rivers grew and contained traces of volcanic gases, but since then it has been quiet. This happened last in 2011 but no eruption followed (or, if it did, it was a tiny one that didn’t even break the ice). The fact that it’s been unusually long since the last eruption could mean that she’s due for a big one, or it could mean that she’s slowing down or dying altogether. A dormant volcano is classified as one that has not erupted for 10.000 years, and so it would be a while before it was re-classified, even if she did decide to never erupt again. So don’t freak out yet, but don’t rule it out, either. 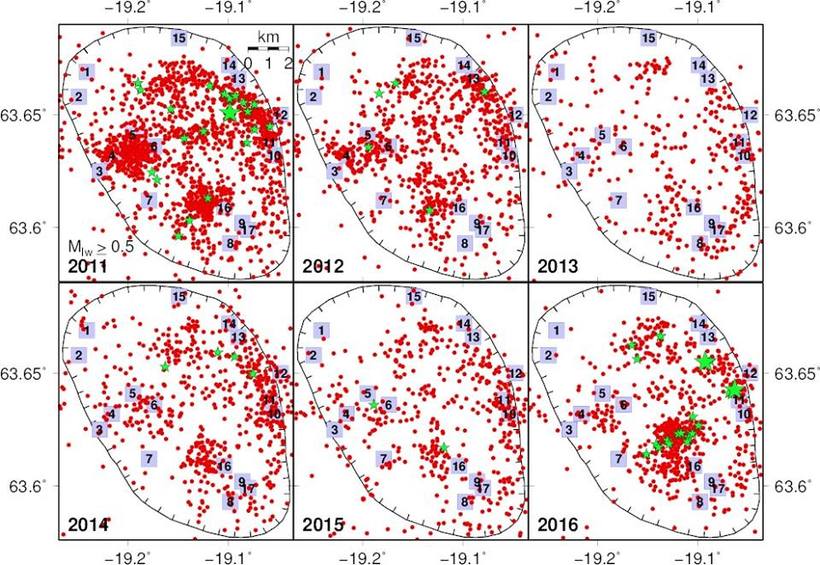 Explore our site for more information about Icelandic volcanoes.

For even more information, we recommend a visit to the Volcano House on Tryggvatata 11, Reykjavik.