Surtsey erupted violently out of the sea in 1963 – a new volcanic island off the coast of Iceland. Scientists quickly realised that this was a unique opportunity to study how life colonizes new land, and to find out why Iceland has almost no native animal species. The island was immediately protected legally so that only scientists are allowed to go there, and then only with special permission. 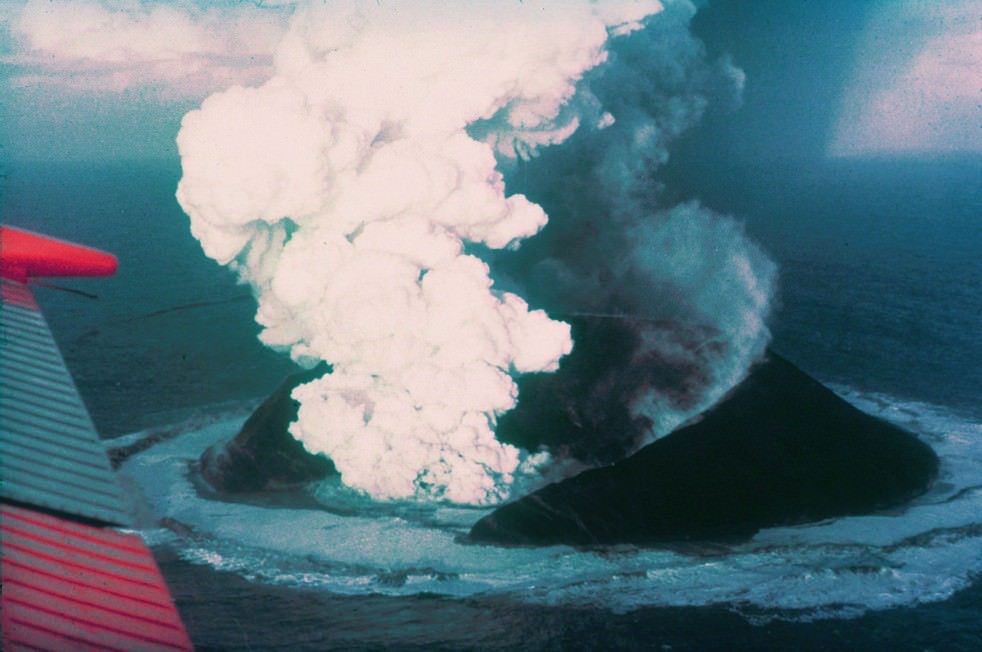 The ban has held effect since then, aside from some teenage pranksters who planted a potato plant (LOL) and some scientist had a hilarious feces-related accident which resulted in a tomato plant taking root one time, but both were destroyed for the sake of preserving the experiment.

Most recently, two new species of plants were discovered during the annual science mission there this summer, local paper Morgunblaðið reports. In a period of only 50 years, the flora of Surtsey has become more varied than the other peripheral islands in the Westman Island cluster. “We’re in awe of the tenacity, speed and creativity of mother nature’s design department” says Borgþór Magnússon, expedition leader.

The colonization started slowly, with different kinds of seaweed and grass, but then it all burst into life. “Once the flora had a foothold here, especially once the seagulls started roosting on the southern side of the island, it all blew up… We see how the foliage is consolidating, new species have come in and some have got the upper hand, like for instance the lyme grass and the red fescue, and others have receded, so we’re seeing big changes and the formation of grassland which resembles the grasslands in the outer islands of the cluster” says he.

In total, we’ve discovered more than seventy species of plants in Surtsey and it’s getting less and less common to find new ones, for instance we found no new species last year. This year however, two new types of plants were discovered, willowherb and creeping buttercup, giving it the second most varied flora of the Westman Islands cluster.

“…What’s still taking place though, is the fauna. Soil fauna and other animals that follow after the flora, that’s still on the way in.” Says Bjarni Diðrik Sigurðsson, biologist with the Agricultural University of Iceland.

It will be exciting to see how things develop from hereon out! The article is in Icelandic, but check out this video  for shots of the unique island.