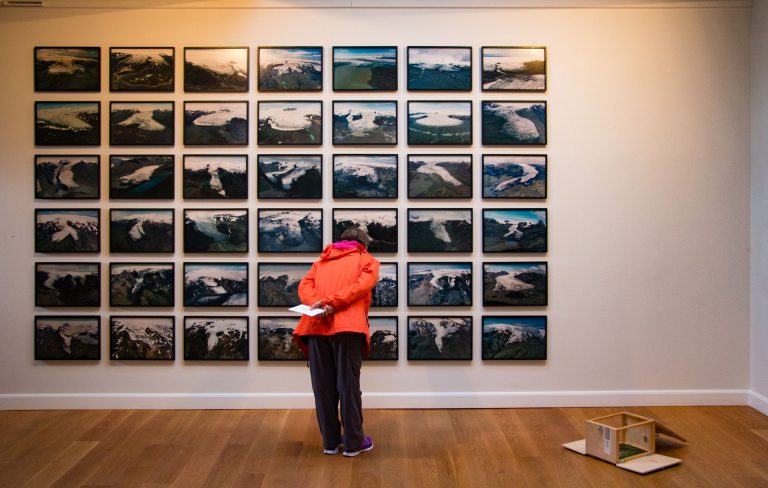 Quaint Little Museums in Iceland You Should Check Out

Iceland has a surprising number of museums. Even though most of these museums are pretty small, that doesn’t make them any less interesting. In this article, we will tell you about these quaint little museums around Iceland. 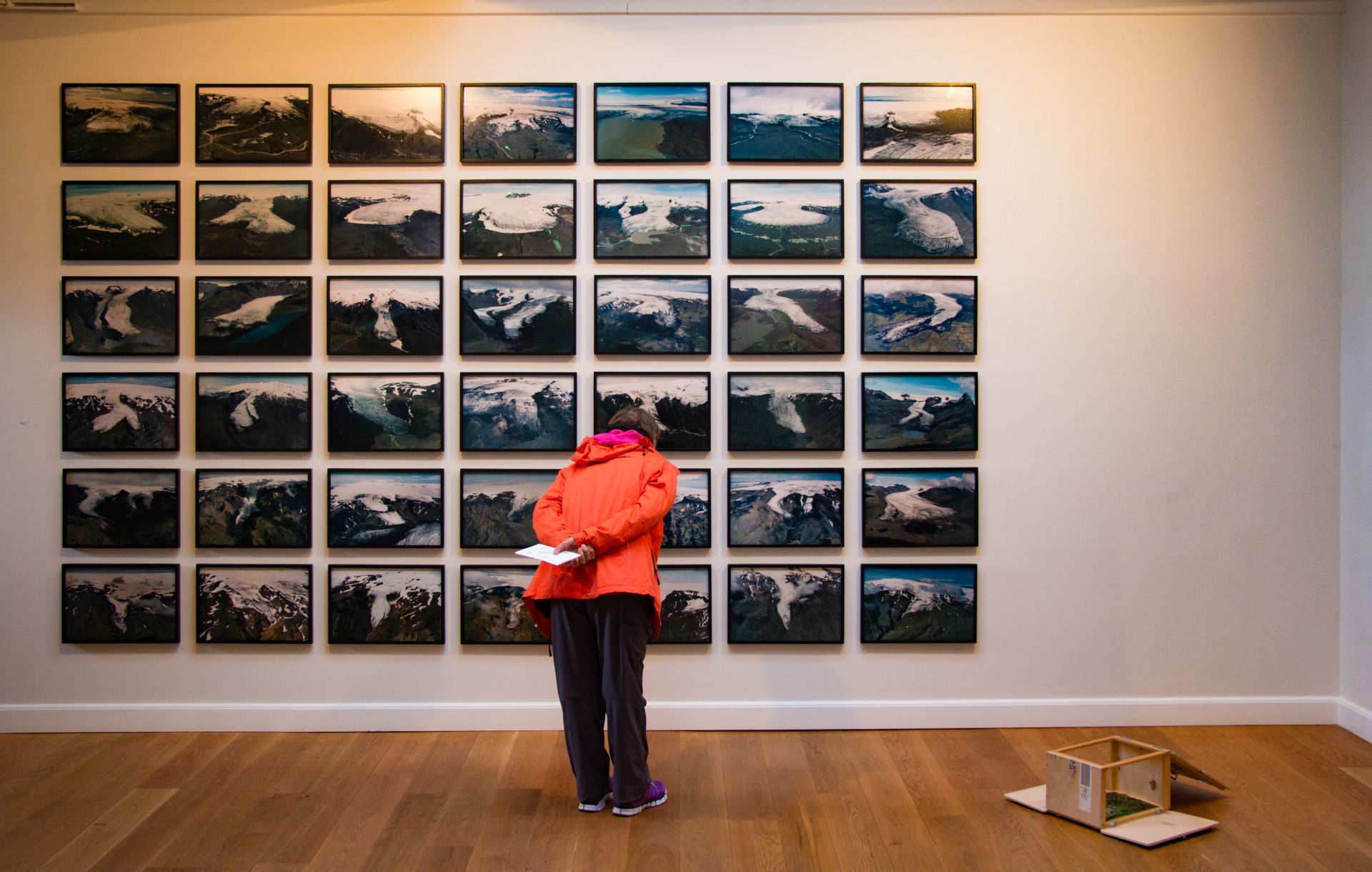 When you arrive in Iceland at Keflavík International Airport, you land on Reykjanes peninsula. Close to the airport, you will find Viking World, a museum about the Icelandic age of settlement. They have a replica of a 9th-century Viking ship on display. The ship is called Íslendingur and in 2000, it sailed to New York to celebrate the discovery of North America by Leifur Eiríksson 1,000 years earlier. Next to the Viking ship, there are four more exhibitions about the age of settlement and Norse mythology. North of the airport in Garður, there is a small folk and maritime museum. It has a large engines collection with over 60 engines on display. Next to this, the museum has a collection of important historical items used by townspeople and sailors, showing the history of Garður. Also, one of the two lighthouses of Garður is open to visitors. 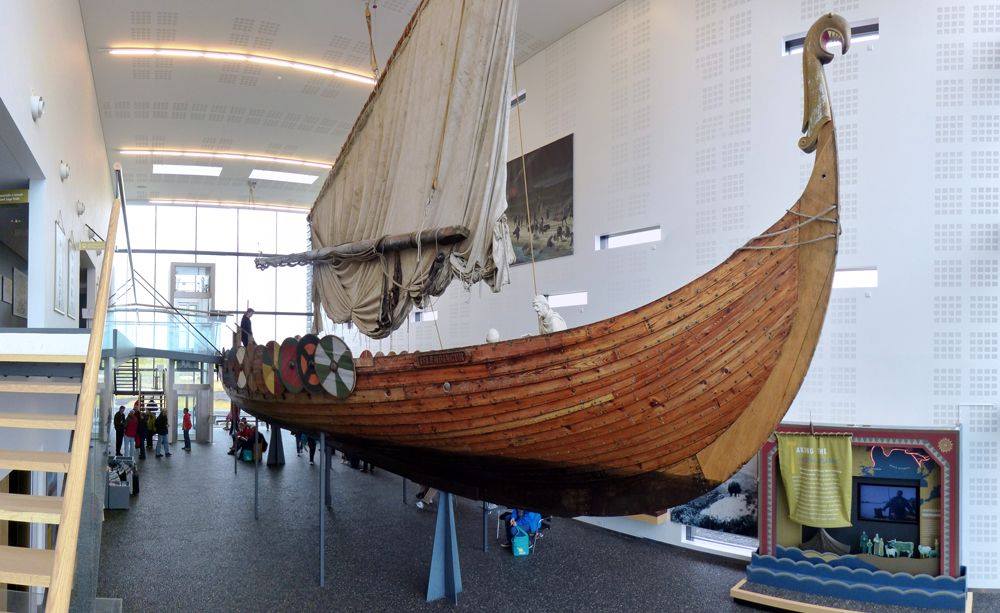 On Snæfellsnes peninsula, Bjarnarhöfn Shark Museum is run by a local family of shark hunters. The museum displays the history of shark fishing, processing and fermenting. At the museum, you will learn about the Greenland shark and a hákarl (fermented shark) tasting is included. Close to the museum, you can visit a drying house where sharks are hanged to dry. A little farther north, you can visit the Sea Monster Museum at Bíldudalur. Learn more about sea monsters like fjörulalli (shore laddie), hafmaður (merman), skeljaskrímsli (shell monster) and faxaskrímsli (mane monster/seahorse). The museum offers an interesting mix between multimedia displays, videos and images and the exhibit is jazzed up by stories from eyewitnesses. Can’t get enough of mysterious stories? Then continue your way north to the Icelandic Sorcery & Witchcraft Museum in Hólmavík. There, you can learn more about the different spells that were used in Iceland and the kind of trials and punishments suspected sorcerers and witches would get. Ever heard of necropants? If not, head to this museum to find out what those are. 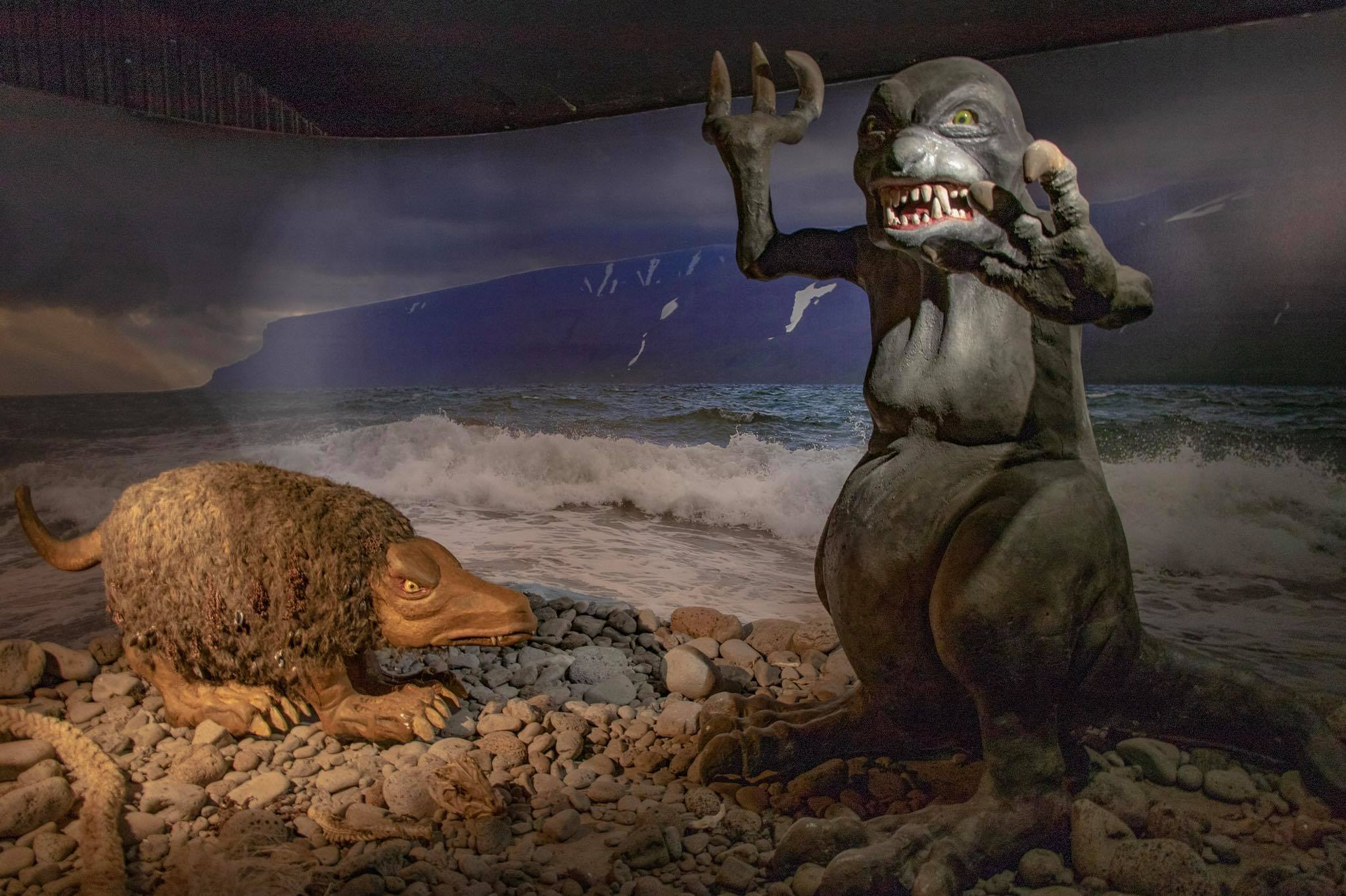 Who doesn’t love dozens of dolls staring directly at them from behind a showcase? This is exactly what you get at the Toy Museum in Akureyri, the place to be for toy collectors. The museum displays 20th-century toys, with next to dolls, old toy cars, fairy tale books, troll figurines, and more. Also in Akureyri is the Aviation Museum, housing a great collection of old planes. They have many different kinds of planes, from the first plane of Loftleiðir Airline to the first glider built in Akureyri in 1937. Photographs and informational signs present a detailed picture of pilots and their everyday lives. 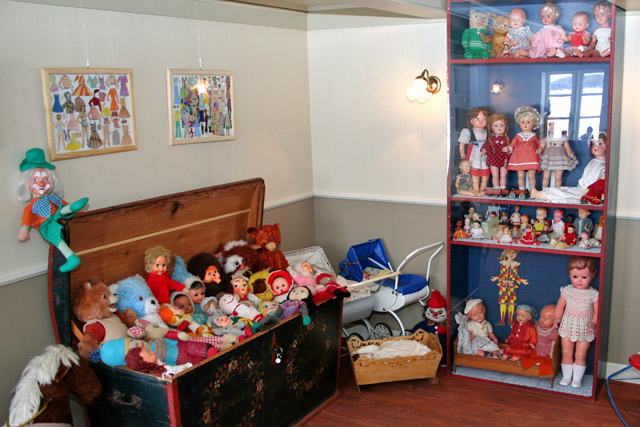 If you want to see Icelandic rocks and minerals, head to Petra’s Stone Collection in Stöðvarfjörður, East Iceland. This stone museum is founded by Ljósbjörg Petra María (1922-2012), known as Petra, who started collecting stones and rocks in the area and displaying these in her yard. Over the years, her collection kept growing and growing, and eventually her house was turned into a museum showcasing the best specimens. In Fáskrúðsfjörður, just 25km north of Petra’s Stone Collection, there is a museum dedicated to French fishermen, The French Museum. French sailors maintained a fishing station at Fáskrúðsfjörður from the mid-19th century until World War I, with hundreds of French ships fishing in the waters off Iceland. Many ships never made it back to France, and thousands of lives were lost at sea. The museum, located in two buildings built by French fishermen around 1900, tells the story of the fishing operations by the French, and their lives far away from home on an island close to the arctic circle. 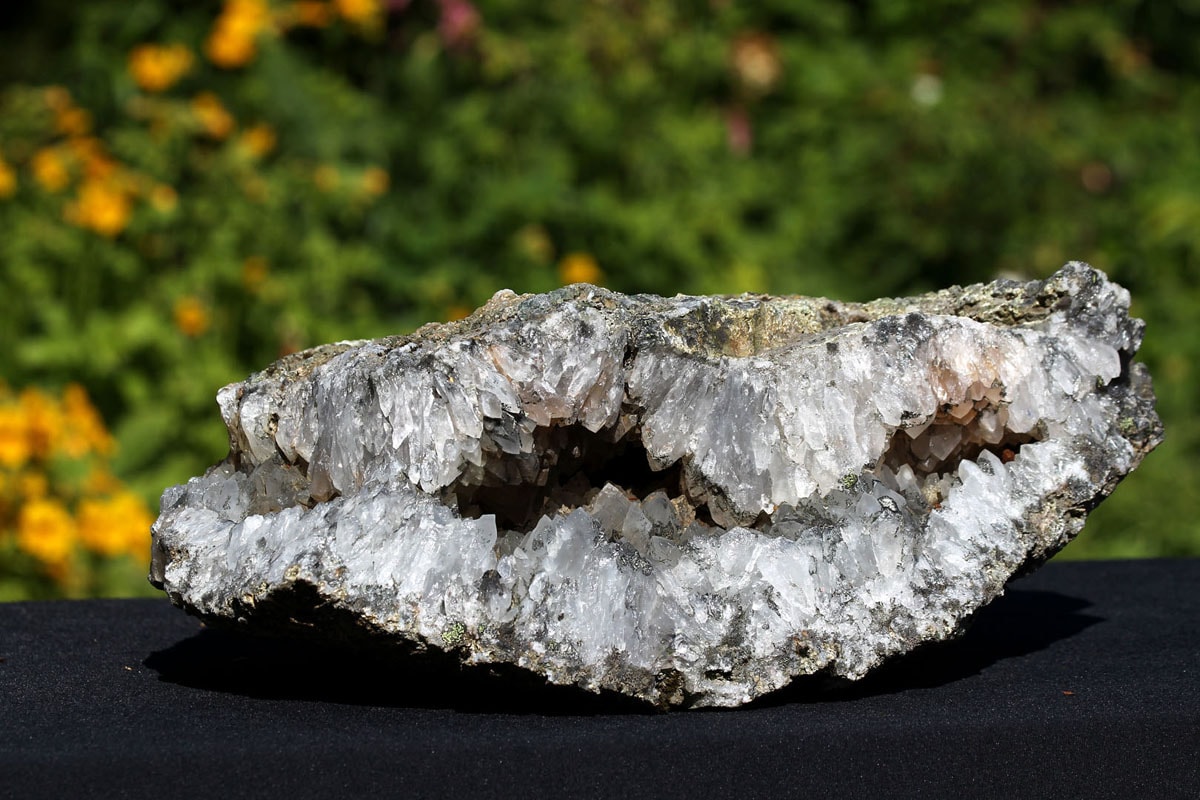 In Stokkseyri, there is a thrilling museum about trolls, ghosts and more creepy figures from Icelandic folklore. Learn more about Icelandic ghost stories and superstitions during this visit to The Ghost Centre. The museum is set up as a haunted house, so it can be a bit scary for the little ones, but for older kids will be an entertaining and educational experience. A little more than an hour north, you will find Stöng, a reconstructed medieval farm. The original farm was most likely destroyed by the Hekla eruption of 1104. It is made as exact as possible and shows how an Icelandic chieftain from the age of settlement used to live. Next to the farm, a reconstruction of a turf-clad stave church is built. It is based on carvings on the Valþjófsstaður door – a medieval church door that is now in the possession of the National Museum of Iceland. 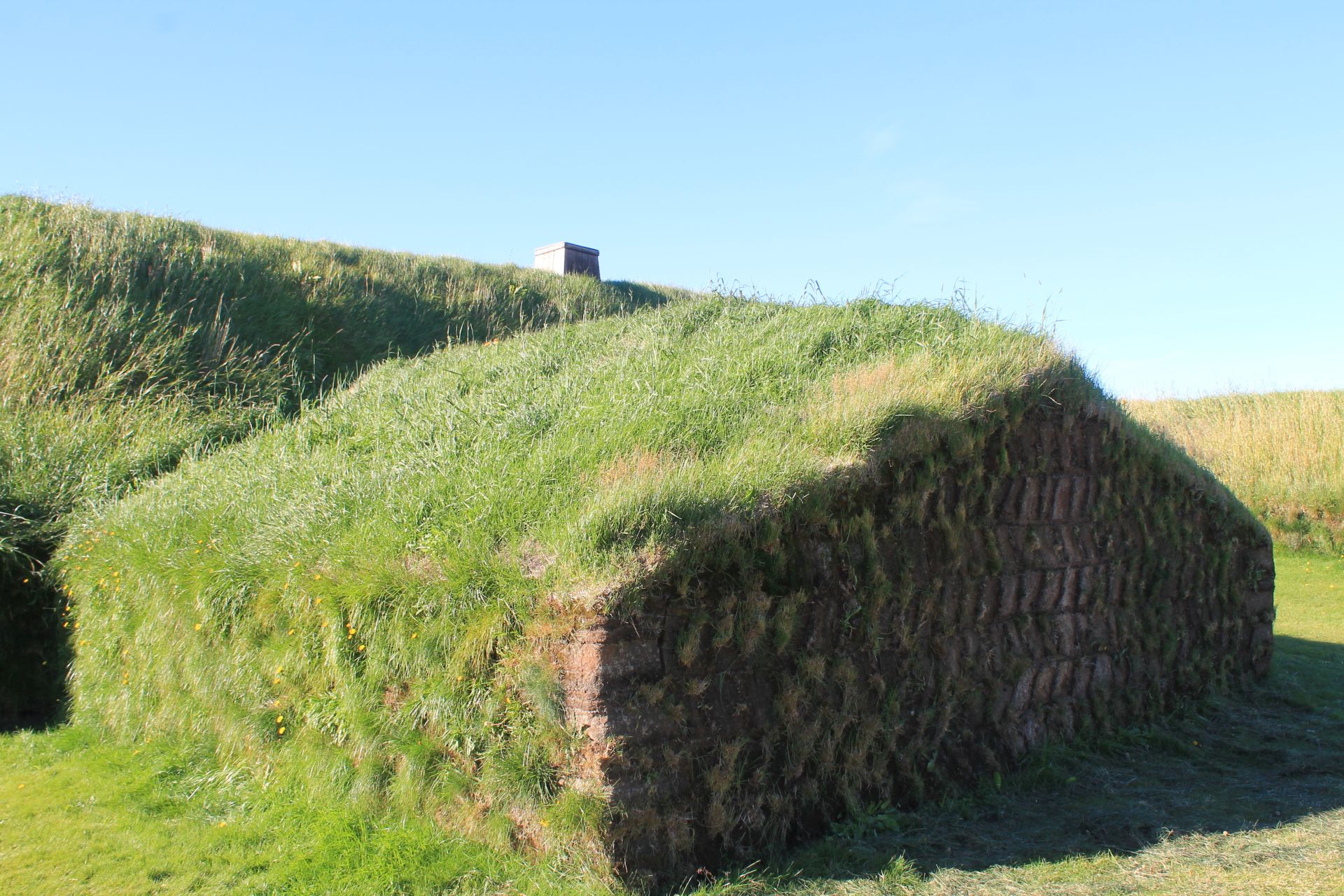