A look back on Reykjavik International Film Festival 2014

It’s been just over a week since the Reykjavik International Film Festival 2014 ended so I thought I would share with you my experience.

I love movies—there’s just something fantastic about disappearing into a completely different world for a short while. Going to RIFF for the first time, I was a bit overwhelmed while looking through this year’s programme. How was I going to choose which films to see from this incredibly promising selection, while holding down a job and studying? Next year I’m definitely clearing my schedule for 10 days.

The first film I saw was “Land Ho!.” I had seen the trailer a while ago so I was very excited about it and was not disappointed! The film centers on a pair of ex-brothers-in-law and their trip to Iceland. The retired surgeon Mitch seems to be determined not to lose his youth so he surprises his ex-brother-in-law Colin with a trip to Iceland as a pick-me-up after Colin’s wife dies.

Being an Icelander and working in the travel industry, I looked forward seeing how Iceland was portrayed in terms of the nature and our culture and I must say they did a superb job. The nature was beautiful, I even would’ve liked the film to be longer just to show more of the country. Watching “Land Ho!” felt like being right there with them and it kind of gives you that feeling of comfort. Definitely one of the best ‘feel good’ movies I’ve ever seen.

I’m a big fan of documentaries, so I decided to see “Out of Mind, Out of Sight,” a film shot over an 18 month period at the Brockville Mental Health Centre. The documentary gives you an insight into the lives of mentally ill people (schizophrenic patients mostly). As a true Icelander, displaying emotions in public is not something I do, but oh my, I literally struggled not to sob while my eyes filled up with tears. “Out of Mind, Out of Sight” takes you on a rollercoaster of emotions and shows you a side to mentally ill people that you might not think about. 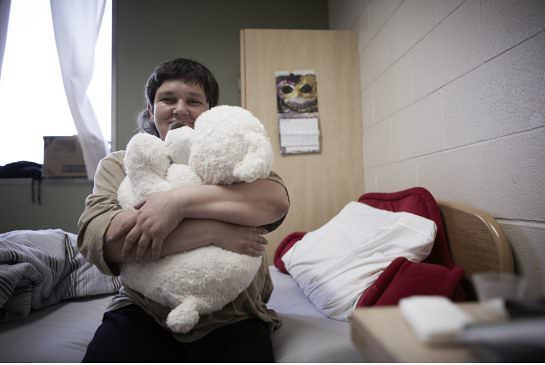 Most people are well informed about mental illnesses but this film shows you what goes on when these illnesses are treated by professionals and it’s such an informative thing to see. I felt a strange connection to the patients as they talked about scenarios and emotions we can all relate to: loneliness, a sense of achievement, jealousy, remorse and finding happiness in the smallest of things. And while the style of the documentary is very laid back, which some people might not like, the subject is such a good one that you just get drawn in. “Out of Mind, Out of Sight” was on my mind for many days afterwards so this one is highly recommended for anyone who enjoys documentaries.

Another documentary I saw was “A Dangerous Game.” It is a kind of continuation of Anthony Baxter’s “You’ve been Trumped,” which premiered in 2011 and told the tale of one Scottish community’s decision to put up a fight against Donald Trump’s plans to build a golf resort on the Menie estate, near Aberdeenshire. “A Dangerous Game” tells you how Trump got his way despite local objections and his future plans, as well as following the campaign in Dubrovnik in Croatia, fighting against plans to make a golf course in that area.

This documentary left a lot of people feeling enraged as Baxter shows you how ruthless some corporations are in their greed. After the film, associate producer Lauren Simpson answered a few questions about the film’s production and reception and even told the audience that this film was only done after Trump’s team approached Anthony Baxter, thinking he was making another film and wanting to be a part of that to try to protect their image. Sitting through a Q&A is a great experience and really magnifies the impact of a good film because it stays longer on your mind. That is paramount with films of this sort in my opinion, a film that carries an important message worth remembering.

Honorary guests of this year’s RIFF were Mike Leigh and Ruben Östlund, as I told you about here. So, when I decided to see “Play” by Ruben Östlund I knew it was going to be something different and that it was. “Play” centers around a group of immigrant boys that go up to another group of boys and accuse them of stealing from a brother of theirs. The film sparked a huge conflict in Sweden when it premiered as it displays a negative image of immigrants. It was one of the first films I saw and ever since then, I can’t quite come to a decision about my feelings towards its subject.

Östlund’s shooting style in “Play” is different from anything I’ve seen before. The scenes are shot in one long, continuous takes with little cutting and editing—sometimes the characters even go off screen and continue their conversations. It really gives a feeling that you are a fly on the wall and that you are watching this happen in real life. It undoubtedly makes the conversations and plot more realistic, but I didn’t like it. I liked that it’s something different and Östelun is obviously a very talented filmmaker, but I thought it made the film a bit too slow paced for my likings.

Popcorn and Coke or a sandwich and coffee? 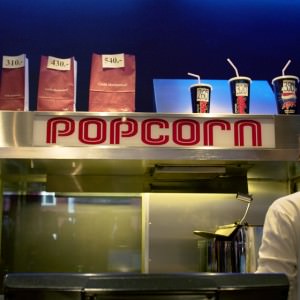 The venues of RIFF that I mainly went to were Tjarnarbíó, Háskólabíó and Bíó Paradís. Háskólabíó is nice venue with plenty of comfortable seats but it really is just a typical movie theatre where as Tjarnarbíó and Bíó Paradís are a bit more grand. At Bíó Paradís, you can sit in a café-like environment for hours, drinking coffee or beer and meet up with a lot of lovely artistic people. You can even join a game of Tokyo Tower on Wednesdays as a group of local guys meet up there every week.

Tjarnarbíó was my favorite venue as I discovered the wonderful café operated there. There you can get drinks and snacks, anything from popcorn to breakfast as I found out when ordering a delicious sandwich that I could eat during the screening of international shorts. There were six films shown in that category and while all of them were good in their own way, I must mention three that stood out.

The first is the documentary “Gay Healers from Great Britain” that reveals doctors in Germany that actually consider homosexuality a disorder and seek to treat it as a mental disease. Seeing this short film was a positive experience, even though the subject is not, as I heard the entire room of people laugh at some of the outrageous comments stated by the doctors and shake their heads in disbelief.

By far the most uncomfortable movie I have seen in my life is the short film “Hole” by Canadian Martin Edralin. It’s a darling portrait of a middle-aged disabled man in pursuit of intimacy and shows you how far people will go for those they care about—no matter how uncomfortable it may be.

And last, but by no means least, is Greg Ash’s “Mr. Invisible.” An old man seems invisible to the world but, as the shocking twist at the end reveals, his invisibility turns out to be his greatest strength. You feel so sad for this poor man at the beginning of the film, but you end up walking out laughing. One of the best twists I’ve seen and most definitely worth spending 8 minutes watching.

Also, worth mentioning are films like “Boyhood,” “The War You Don’t See,” “Before the Last Curtain Falls” and the short film “Insomniacs.”

Everything has an end, I guess

Eight films won awards at RIFF this year but unfortunately I only saw one of them, “Waiting for August,” which received the festival’s environmental reward. Maybe I’m just too much of a newcomer when it comes to films and film festivals but this film was not my cup of tea.

The level of quality in the films shown at RIFF, as well as the amount of films you can watch, make it a must while staying in Iceland. I couldn’t see everything I wanted (about 50 films), but the festival’s programme will be useful during the long, dark nights in Iceland over the next couple of months. It’s a great festival to have at this time of year when the days are getting longer and the air colder. The drive-in cinema and hot tub cinema are especially brilliant ways to spend your evenings and attending the many open discussions gives you a chance to assess everything you see in a totally different way.

After my first RIFF I can honestly say that this will become part of my schedule next year and I have now learned, the hard way, to bring my own healthy snacks—nothing good comes of eating popcorn every day for ten days straight!