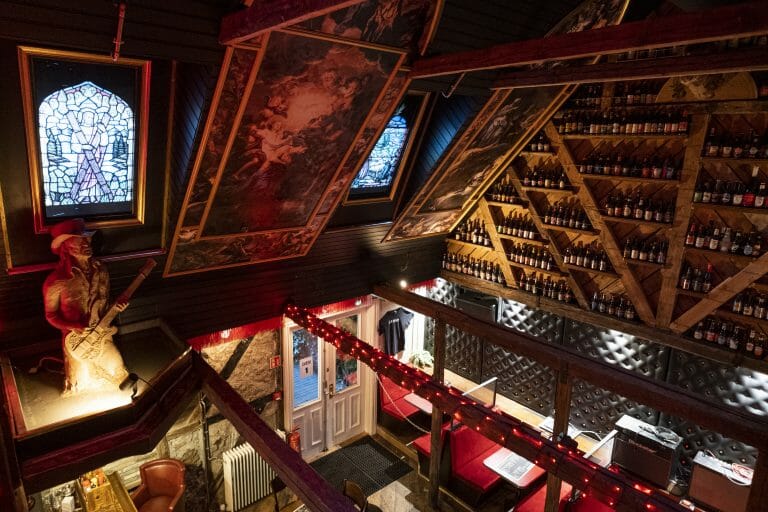 Every month, we tell you about Reykjavík’s newest restaurants, bars, hangouts, and more. What is hip and happening in and around the city? In this month’s edition: Hyalin, Apotek Atelier, Lemmy, and 2Guys.

France isn’t just about the Eiffel Tower, the Louvre or the amazing parks, it’s mostly about the food! And you can also get that in Reykjavík. Hyalin is a French delicacy food shop that just moved from Hverfisgata to Skólavörðustígur 4a. At the deli, you can buy goods directly imported from France. Whether you’ve been craving French delicatesses for months or just want to try something new, Hyalin offers the selection you’re looking for. Visit this shop to buy the best Herbes de Provence, marmalades, cornichons, olives, cakes, truffles, and more.

The building at Laugavegur 16 was used as a pharmacy for almost a century, but these days, it’s the home of concept store Andrá and newly opened Apotek Atelier. Apotek Atelier is a fashion store run by three fashion designers, Ýr Þrastardóttir, Halldóra Sif Guðlaugsdóttir, and Sævar Markús Óskarsson. Together they design and make unique clothing using special patterns and high-quality materials like silk, wool, and cashmere. Next to shirts, dresses, suits, and scarves, they also design and sell jewellery, hats, and handbags under the brand name Sif Benedicta.

Lemmy, named after Motörhead’s late lead singer, is a rock bar and restaurant located in one of Reykjavík’s oldest houses at Austurstræti 20. Next to a perfect downtown location, one of the biggest outdoor seating areas of town, and a mouthwatering menu, they also offer a great selection of spirits. Be sure to check out their tattoo conventions, live concerts, and open mic evenings. Grab a beer and rock the night away, and order Lemmy’s signature Hangover Shake the day after.

Restaurant 2Guys moved into Laugavegur 105 just across Hlemmur Food Hall after having been run as a pop-up next to Kaldi Bar on Klapparstígur. Run by Hjalti Vignisson and Robert Aron Magnússon, 2Guys offers juicy smash burgers and crispy fries with an overload of cheese. Their buns are butter-fried, and they serve their burgers with their own 2Guys pickle sauce. What better way is there to fuel your day filled with Icelandic winter adventures? They also house a bar with three dart boards put up by SKOR, so you can throw a few darts while enjoying a beer and a burger.