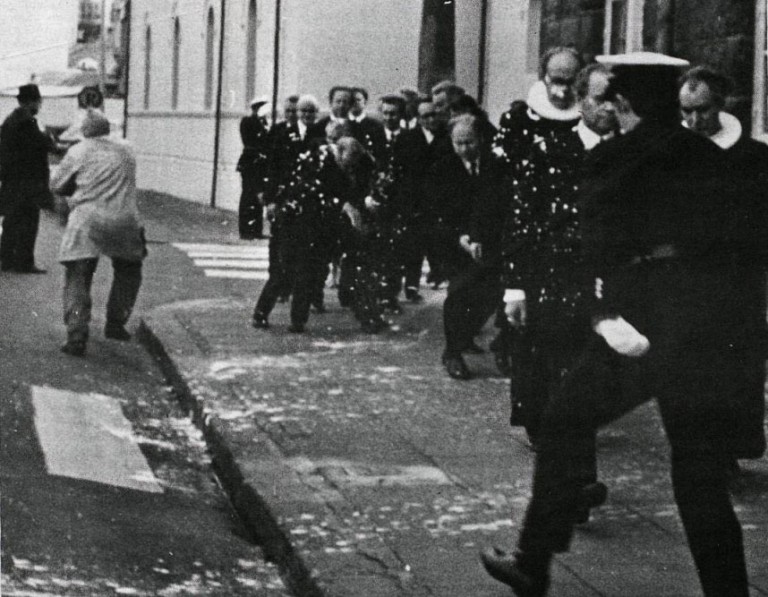 As you might have heard, Icelandic politics are in an uproar these days. There‘s plenty to say about the prime minister, the protest and the president but not enough is being said about the skyr‘s part in all of this.

Some of you might recognise skyr as the delicious dairy product that‘s similar to thick yoghurt and is available in several flavours, each more delicious than the next. What many people don‘t realise is that skyr has an important political purpose as well.

Helgi Hóseasson, an eccentric outsider to society and the star of the 2003 documentary Iceland‘s protester, is credited for making skyr a symbol of protesting in Iceland. He was from early on at odds with politicians and fought viciously, amongst other things, for his right to rescind his baptism and all promises made on his behalf to the church of Iceland. When not only the church but the state as well denied his request, he began protesting. He was both vocal and active in his protests, ringing church bells to interrupt religious ceremonies and spending his days on street corners holding nonsensical protest signs. He was even rumoured to have burned down a church, although no charges were ever filed against him. 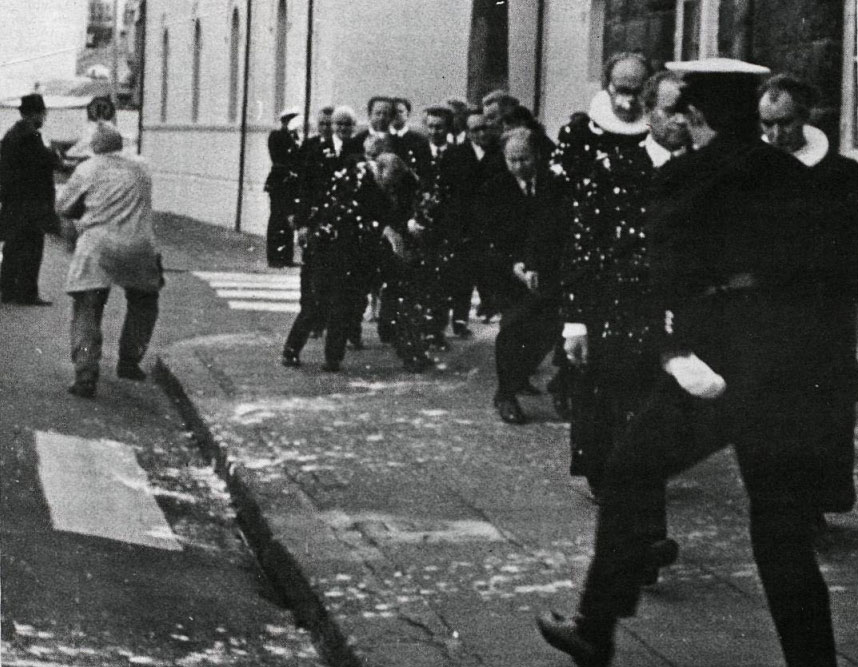 In 1972, he famously protested by bringing a bucket of skyr to the opening of parliament after the summer break and splashing it on the MPs as they entered the house of Parliament. He claimed to have chosen skyr instead of more harmful substances, such as paint, to protect the members of parliament (he didn‘t want their eyes to be damaged by the paint). However, another explanation for the choice of splashing material has also been discussed; the old Icelandic saying „ They splash the skyr who own it“.

The origin of the skyr-splashing phrase is unclear but its meaning is ironic. It’s used when someone is making bold statements or extravagant actions when they don’t really have the right to. When the rich lead extravagant lifestyles or, indeed, when politicians seem to have overstepped their authority, it’s appropriate to roll your eyes and say “they splash the skyr who own it”. 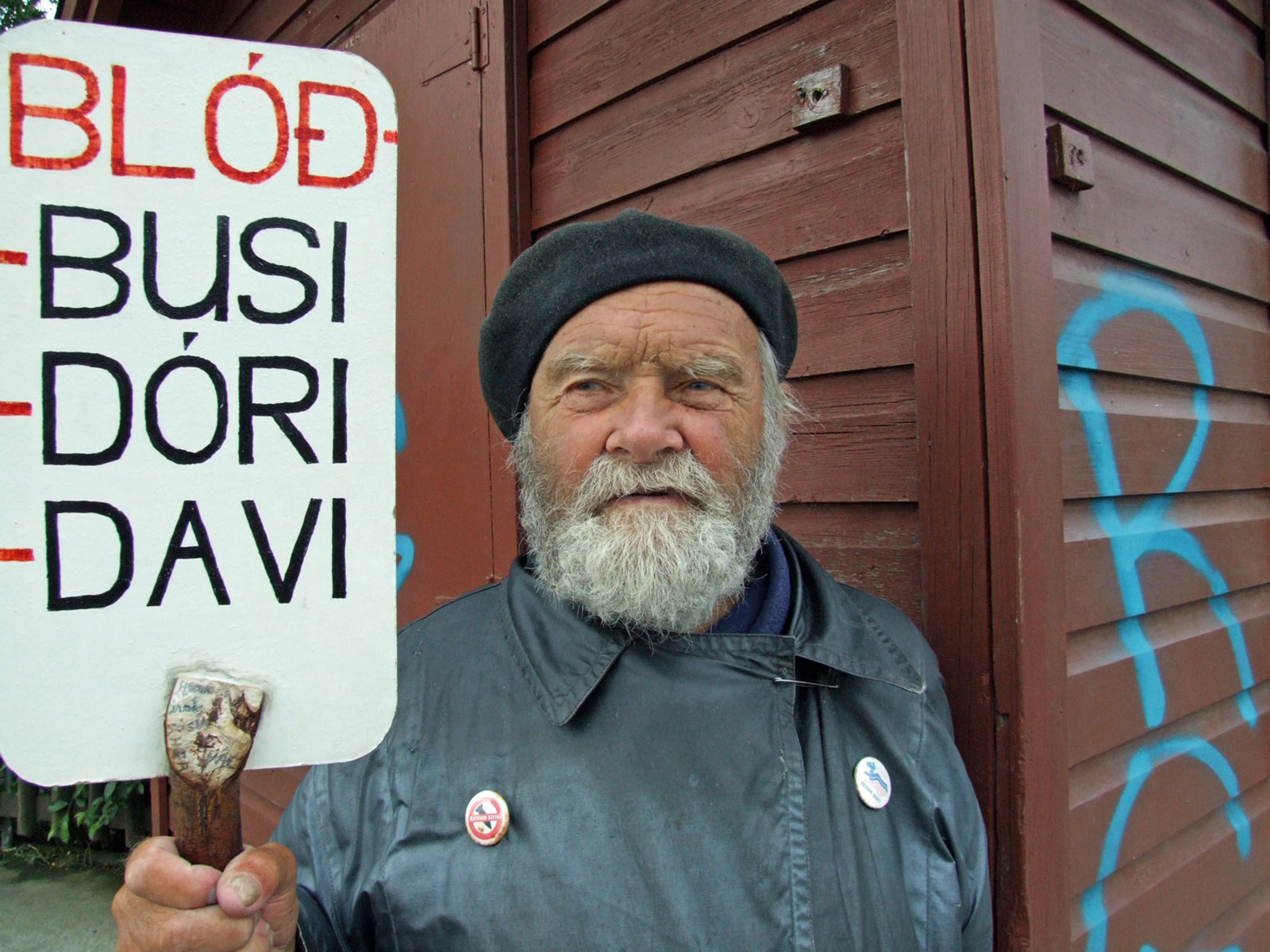 Few sympathised with Helgi‘s cause at the time but as the years went by and especially after the documentary was released, Helgi reached the status of a lovable eccentric. Even his skyr-throwing (which was considered highly inappropriate at the time) has been redeemed as well. Instead of it being considered the work of a madman (Helgi was involuntarily hospitalised after the incident) it is now considered a symbolic gesture of protest aimed at politicians who have gotten to big for their breeches. It is, however, still illegal, and still not fun to clean up (note: the cleaning up is not usually performed by the ones the protest is aimed at). Also, splashing skyr is unpractical, because of its thickness, you need to mix it with a lot of milk for it to splash properly.