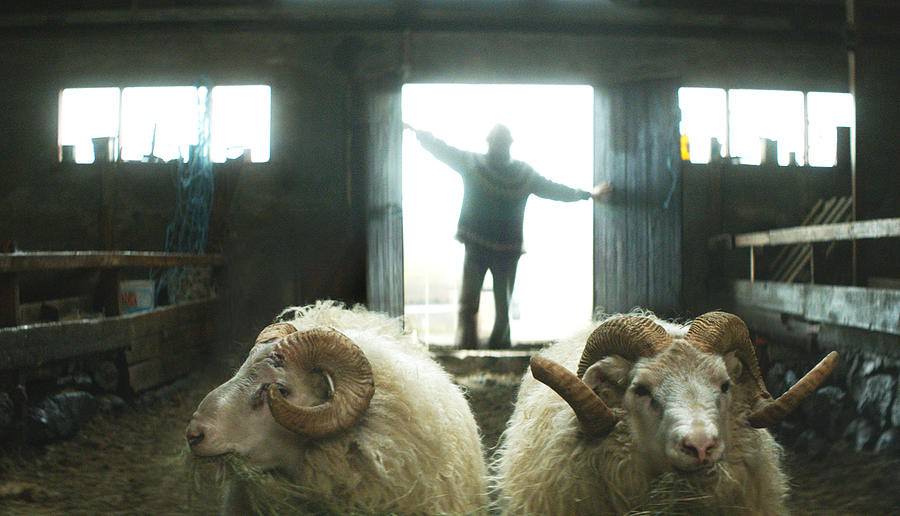 If you are ever fortunate enough to drive around Iceland, you will quickly notice that most of Iceland is uninhabited—two thirds of us live in the capital area. So, while driving, you will see our glorious, and world famous, landscapes, filled with grass, mountains, hills, lakes, volcano leftovers, and otherworldly features, some almost untouched by man, but, you will also notice the telltale signs of old Icelandic farm life. There will be horses; perhaps cows; those big balls of hay wrapped in black or white plastic; a tractor, if you’re lucky, and yes, the sheep. Statistically, it is more likely to be hit by a lightning on a clear day than it is to drive in the Icelandic countryside without seeing at least one sheep.

Then, in the distance, you see a house and a big barn of some sort, perhaps two (I’m a city dweller, I only see these things from afar). You see it, you admire it, you drive away and turn to the person sitting beside you and say: “Can you believe it’s 2 o’clock in the middle of the night and the sun is right there! Outrageous!” Well, that’s what I do, at least.

It’s easy to forget that each and every house we drive past have inhabitants that have decided to live miles away from “civilization” and each and every one of them has a story to tell. “Rams,” the new film by director Grímur Hákonarson, tells us one of those stories

In short, it’s about two brothers, both old men now, who haven’t spoken in 40 years, even though they live next to each other in a remote part of Iceland. They’re the only family they have, and, during the winter, really the only other people available, but because of something that happened in the past, they choose the be alone rather than together.

They have made the sheep their life, and their rams their prized possession and companions.

The brothers, Gummi and Kiddi, are played by Sigurður Sigurjónsson and Theodór Júlíusson, respectively. Both admired and loved Icelandic actors of the stage and screen, and both do astonishing work here. Like “Of Horses and Men” (2013), which also gained attention outside of Iceland, the film is light on the dialogue, in fact, most of the things said is directed towards sheep. That means that those two actors needed to express a lot of thoughts and feelings without words, and they nailed it. It’s hard to express emotions when you don’t say much and have a bushy beard that covers most of your face.

Gummi, who has more screen time than Kiddi, is the quintessential silent protagonist. While around people, he never says anything unless needed and even when needed, he is sure to make everybody uncomfortable around him, while they wait for him to utter a response. Here is a man who spends most of his time alone, or with his sheep; humans are foreign to him. If you’re a fan of great music, you might have seen Siguður, or Siggi as we call him, in the music video for “Crystal” by “Of Monsters and Men.”

“Rams,” which won the coveted Un Certain Regard award at this year’s Cannes film festival, is masterfully done. Like most Icelandic movies, it’s a somber tale in many ways, but has a lot of heartfelt and funny moments. On surface, the film is about isolation, loneliness, and perhaps, obsession; however, in its essence, the film is about survival. I knew nothing about the film when I walked into the cinema, and I think that’s the best way to see it, so I’m not going to spoil the story here, just go watch it, and you will know what I mean.