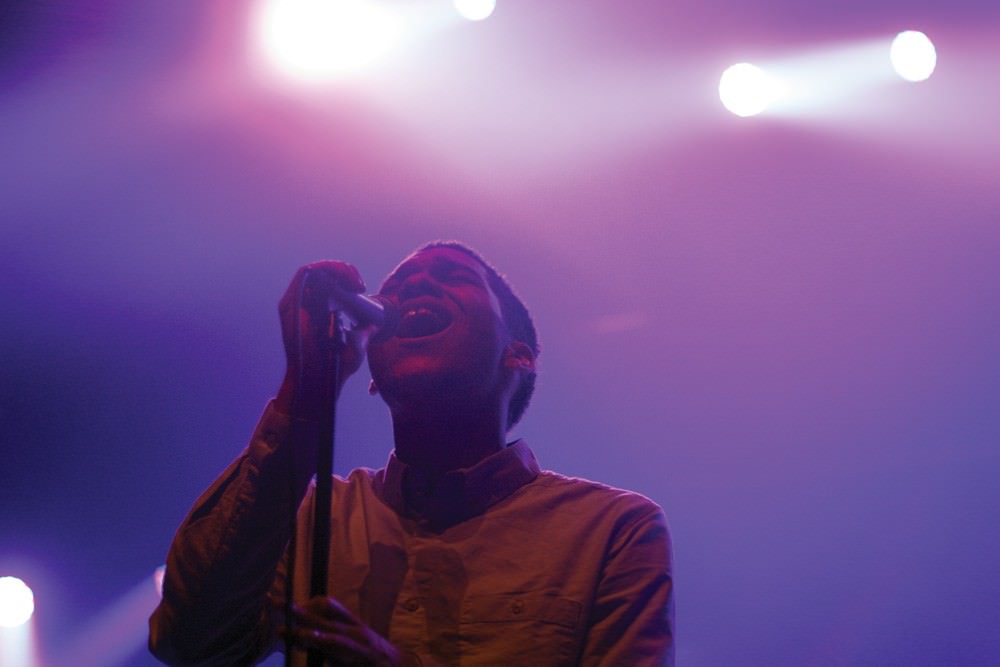 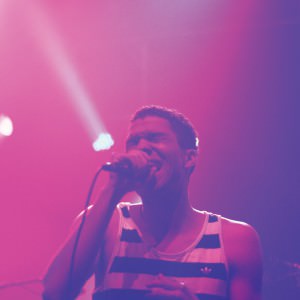 Retro Stefson is an alternative/pop-band of seven youngsters from Reykjavik. By releasing three studio albums over their career which were all commercially successful and being among the best live performers Iceland has ever seen, Retro Stefson have long since established that they are one of the most prominent musical phenomenon to emerge in this country in the 21st century. Their most recent album, self-titled “Retro Stefson”, has been exceptionally well received by the public and critics, and not without a reason. They really seem to have come into their own now with “Retro Stefson” which is truly the fruit of their seven year-long labour, and let me tell you, it’s quite the juicy one. I sat down with the band’s lead singer, Unnsteinn Manuel at the band’s new office on Laugavegur and got to ask him some questions about the band’s history, work ethic, memorable moments and the perks of being a musician from Iceland.

Tell me, where did the Retro Stefson adventure begin?

When I was fifteen I was asked if I wanted to participate in my school’s singing competition. The winners would get a free ticket to a huge and very popular dance that is thrown annually for teenagers, so naturally I was on board. I gathered a few of my friends to form a band and allowed my younger brother Logi to join, in hope that our mom wouldn’t have to pay for his ticket. Our contribution was the song ‘Papa Paolo’ that we wrote and I thought our performance went great, but we ended up losing to two girls singing a dramatic song and playing the piano. I wasn’t too happy about that but on that same night a guy approached us and asked if we wanted to perform at the big dance, so in the end we all got to go anyway.

How did things progress from there?

When school was out, Þórður (guitarist) and I bought a bunch of instruments we knew nothing about and spent our summer learning and writing music. Retro Stefson was invited to play at the Iceland Airwaves festival that same year and things started to evolve. Our first album “Montana” came out in 2008 and the second one “Kimbabwe” in 2010. Shortly after that we signed with Universal, followed up with a tour, moved to Germany for six months and finally we released our third album in October 2012, this time independently with our own record label , “Les fréres Stefson”. It has been very exciting, doing everything ourselves. The record is now sold all over the internet and our first single “Glow” was released overseas just last week. We’re testing the waters with that one; we’ll see how it goes. Doing things on our own has been completely different because when you’re with a label such as Universal, they tell you everything about what you need to do.

So what’s next for Retro Stefson?

We were playing in Norway last week and we’re going to the United States next weekend. In March we will mostly be playing at events in Iceland to raise money, then in April we’re going on tour to England, Switzerland, Germany and France, coming back home to play at the EVE online fan fest, in May we’ll probably tour around Eastern Europe, but it hasn’t been confirmed yet. The summer festivals season starts in May and goes on until August. It’s a strange lifestyle, kind of like working on a boat except you’re always performing instead of fishing. You can’t really put down roots, rent an apartment and get a normal job. You’re always on the go.

Do you think it’s easier to be a musician in Iceland than it is in other countries?

To a certain point, yes. Naturally it’s difficult as well, we live on an isolated little island but Icelandic music gets a lot more attention than music from other countries. We are given the chance to play at huge festivals regularly, while many fantastic bands will never get opportunities like that because they don’t come from the “right” place. I’m not saying it’s completely unfair as most Icelandic bands are really good and deserve their success. When I’m travelling I only listen to Icelandic music on my iPod. It really helps that some people are interested in Icelandic music only because it’s Icelandic so they go looking for it and find Retro Stefson along the way.

Are you pleased with your career and life so far?

Being where I am today feels great, really great because we kind of ended up here by accident. My dad is Icelandic so my family always travelled to Iceland during the summer to learn Icelandic when my brother and I were kids. One of those summers our mom got sick so we moved in with our aunt downtown to stay close to the hospital and went to preschool in the neighbourhood (Journalist’s input: We found out that we went to the same preschool at the same time, see how small Iceland is?), so that’s where we grew up. If things would have gone as planned I would probably be a truck driver in Portugal heading to Spain overnight right now or something, and maybe that would have been my life if I had stayed there and gone to the catholic school.

What’s the funniest thing that has happened to you on tour?

When we were playing our first festival we played a long set, an hour and a half, and did encore after encore. At some point I got overly excited and asked for the lights to be turned off for a song. When they were off I attempted to run over the stage to our piano player but I ended up tripping over the monitor and faceplanting onstage. The crowd of 3000 people didn’t see it because it was so dark at that point but man, it was still embarrassing.

If you could make a song with any musician, alive or dead, which one would you choose?

I would have loved to work with Michael Jackson and his people when he was alive, out of the current ones it would probably be Pharrell, but the ultimate dream is to work with Björk. I would much rather do a song with her than any of those foreign dudes.

After the interview was over, Unnsteinn had to be on his way and I went straight home to work on my article. The following night Retro Stefson took home three awards from the Icelandic Music Awards Show 2013. They won “Live Performer of the Year”, “Song Of The Year” (for “Glow”) and “Video Of The Year” (Also for Glow). Those who are interested in getting to know the band better (and you should want to) are encouraged to visit www.gogoyoko.com and buy their music, or drop by at any of the record stores you find in Reykjavik.