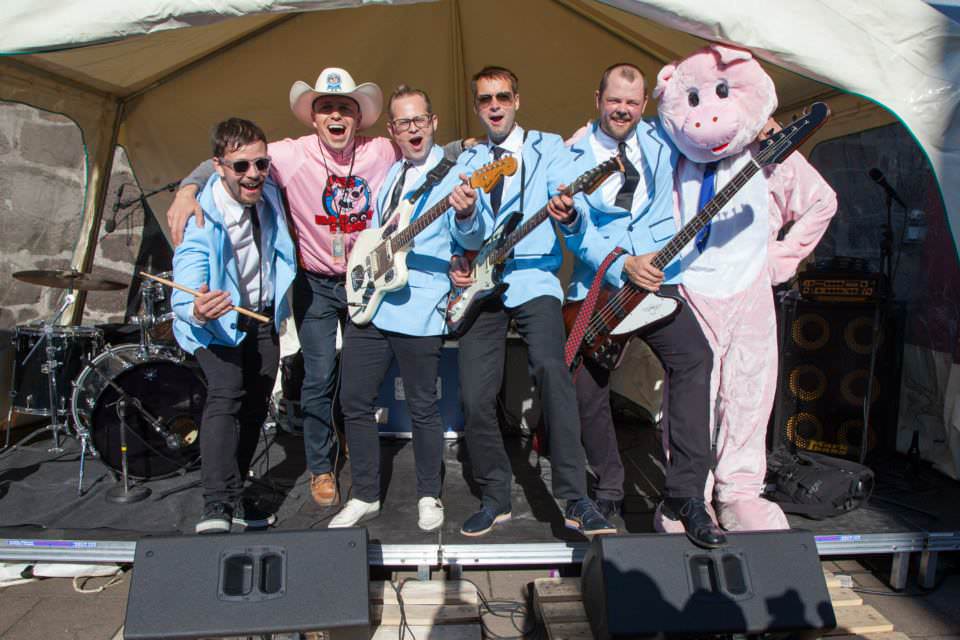 “There’s not a lot of ways to cook bacon. There’s frying it in a pan or….. botulism” – Jim Gaffigan 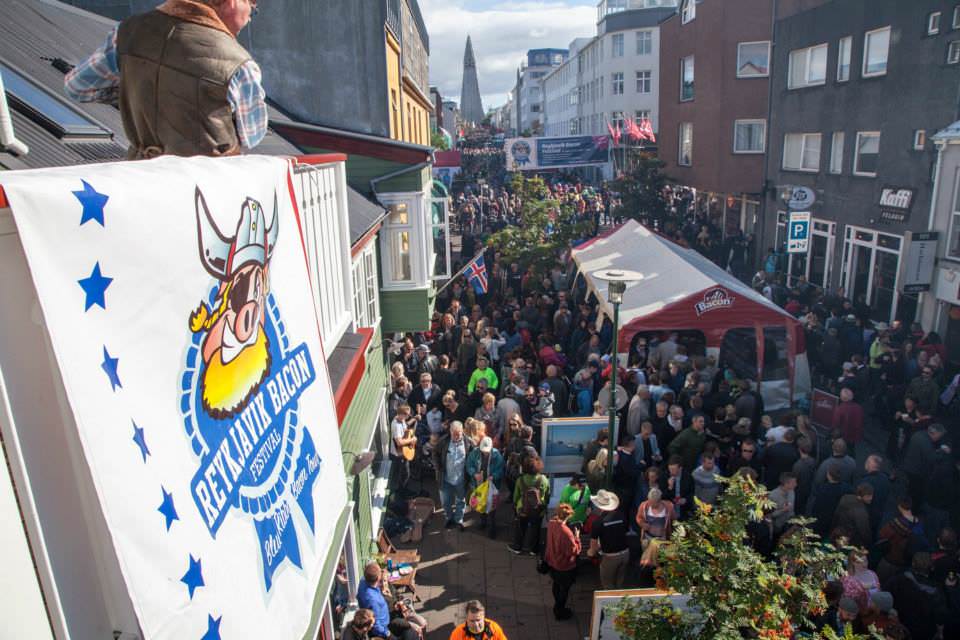 I’m a big guy, and I would have about as much luck trying to convince you I don’t love bacon as I would convincing you that I was a huge fan of running marathons while wearing skinny jeans.

But seriously though, who doesn’t love bacon? You can have it crispy or soft, in a salad or with some eggs, Canadian, US or English style, you can have it sweet with some maple syrup in the morning, or on a burger for dinner in the evening. It’s like the duct-tape of food and it makes all foods better. I bet you could put bacon in your breakfast cereal and make it work.

Bacon has a history as long as human civilization it seems, tracing its roots to Roman dishes and drawing its name from Old Germanic for the “back” of the pig – but it’s really started to draw traction since the 1980’s for some reason.

Bacon’s greasy, salty flavour has drawn people into an almost cult-like worship, so that today you see every kind of bacon product, from bacon popcorn to (eugh) bacon cologne and (ewww) bacon toothpaste. In recent years, it almost seems enough to advertise that bacon is somehow involved in something, and it will become instantly popular. How appropriate, then, that this new demi-deity, has a festival in its honour in Reykjavík every August. The Reykjavik Bacon Festival! 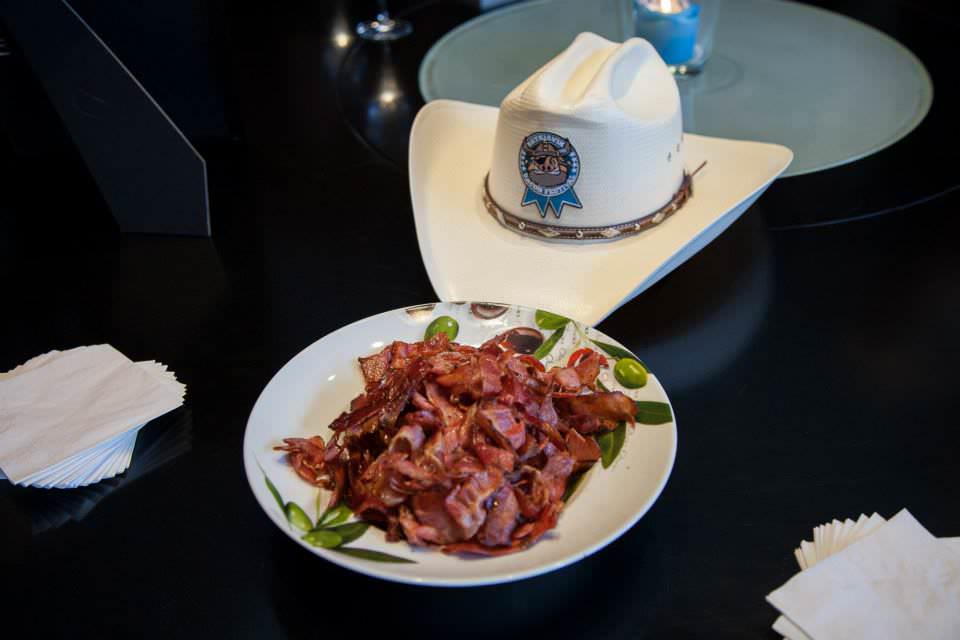 That’s right, for one day a year, Skólavörðustígur street is completely shut down for traffic, and filled instead with glorious bacon! Thousands of people show up every year and sample the madness, and many of the fanciest, most prestigious restaurants in Reykjavík get involved.

It works like this: in one or two places there are booths where you can get some sweet, sweet bacon, absolutely free. In several other places there are smaller booths from local restaurants, where you can exchange little tokens for a sampler dish which somehow involves bacon. It can be a fish dish with bacon shavings, a bacon-wrapped sausage or, as I tried one time, bacon sushi. Let me reiterate that: Bacon. Sushi. 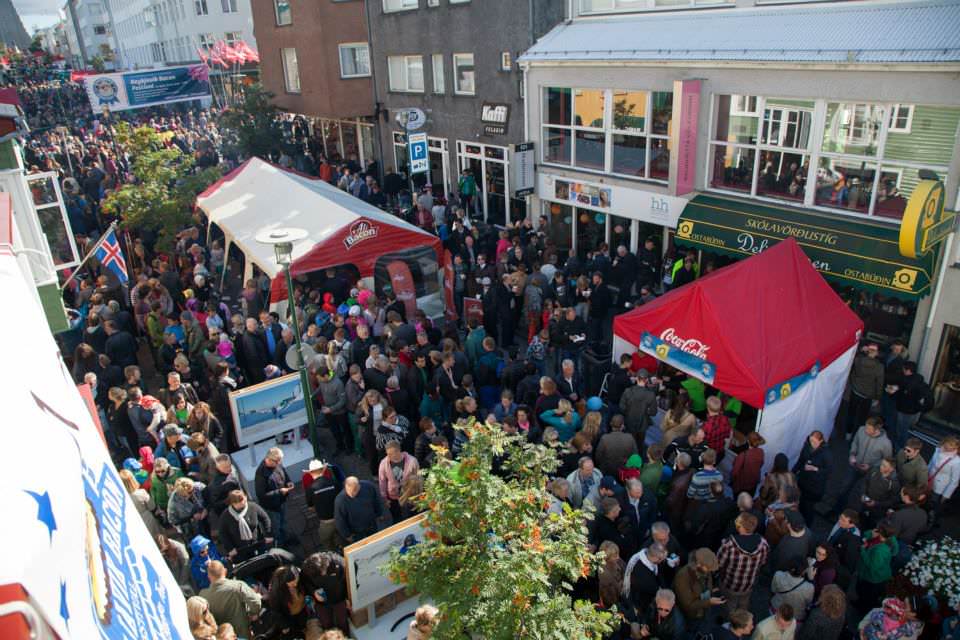 You get three or four tokens for a small fee at a special booth, and all the profits go to charity. For instance, last year the proceeds went to buy a much-needed heart scanner for the hospital. Which is ironic since it’s probably bacon that gave half those people heart trouble in the first place. But I digress.

Now I know what you’re thinking; Do we really need to be encouraging people to eat fatty, salty foods more? And yeah, you’re probably right, we don’t. But you know what? I’m over here, and I have bacon. Also, as I said, the dishes only involve bacon in some way, most of them are probably, if not hearth healthy, at least not so terribly unhealthy. And delicious. And it’s only one day a year. And it’s for a good cause. Stop complaining. Bacon. 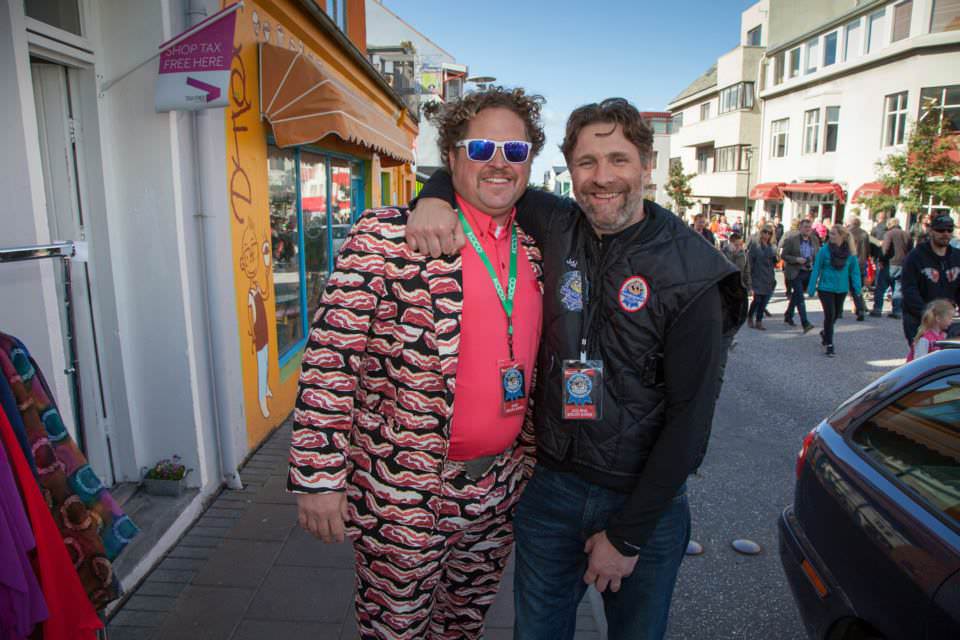