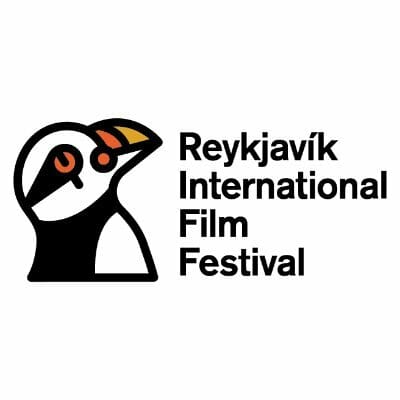 Every autumn, for 11 whole days, Reykjavík becomes a mandatory city to visit for film enthusiasts around the globe. The 18th Reykjavík International Film Festival (RIFF for short) will take place from September 30 until October 10.

The standout award is the discovery of the year award, better known as the Golden Puffin, awarded by an international jury, sent by the international federation of film critics. Renowned film directors also have their place in the festival, with lifetime achievement awards and creative excellence awards up for grabs. If you disagree with the critics, don’t worry! The audience has their say as well, voting for their favourite film at the festival.

It’s all about the Netherlands!

Each year, RIFF has one country in focus. In 2021, the festival takes a closer look at the innovative film industry of the Netherlands. Among the Dutch films to be screened at the festival are Benetta by director and screenwriter Paul Verhoeven, which achieved critical acclaim at the Cannes Film Festival last summer because of its provocative sex scenes; Feast by Tim Leyendekker, a reconstruction of the infamous 2007 HIV case in the Dutch city of Groningen, where drugged guests were injected with HIV-positive blood during sex parties; and Farewell Paradise by Sonja Wyss, an autobiographical documentary about how the life of a family in the Bahamas is cruelly disrupted when the mother decides to return to Switzerland. October 3 will be a special Dutch Day. At Dutch Focus, a number of Dutch short films will be shown all over the city under the auspices of RIFF, in collaboration with the Dutch One Minute organisation.

The festival screens around 100 films from about 40 countries. Screenings include romantic comedy-drama film The Worst Person in The World; Taming the Garden, an ode to the rivalry between men and nature; The Most Beautiful Boy in The World, a documentary film about Björn Andrésen; a-ha The Movie, a film following the band on tour, telling the story of three young men following their dream of becoming Norwegian pop stars; and the animation Cryptozoo. This year’s closing film is Margrete: Queen of the North with Trine Dyrholm as leading actress, who is RIFF’s guest of honour during the screening.

View the full programme at www.riff.is.

The Swim-In Cinema has always been one of the most popular special events at RIFF. On October 1 at 19:30, Wes Anderson’s The Life Aquatic with Steve Zissou is screened, which is fitting as it takes place in water and underwater. Like always, there will be unexpected events and props in the pool.

Fasten your seatbelts – the Drive-In Cinema is back! Car cinema is an ideal entertainment in these pandemic times, allowing cinema lovers to safely go to the movies together with family and friends. On October 1, Mamma Mia will be screened and on October 2, the short movie Blondie: Vivir en la Habana followed by a-ha: The Movie will be shown.

This year, you can watch a movie in a cave! Cult classic Labyrinth will be screened inside Raufarhólshellir cave. The cave is a 40-minute drive from Reykjavík. Bring a blanket and something hot to drink. Screenings start at 18:00 and at 21:00.

Most of the films will be screened at Bíó Paradís, Hverfisgata 52 and at the Nordic House, Sæmundargata 11, but other special events will be taking place throughout the city. For those who rather attend the festival from the comfort of their living room, RIFF – Home is a great option.