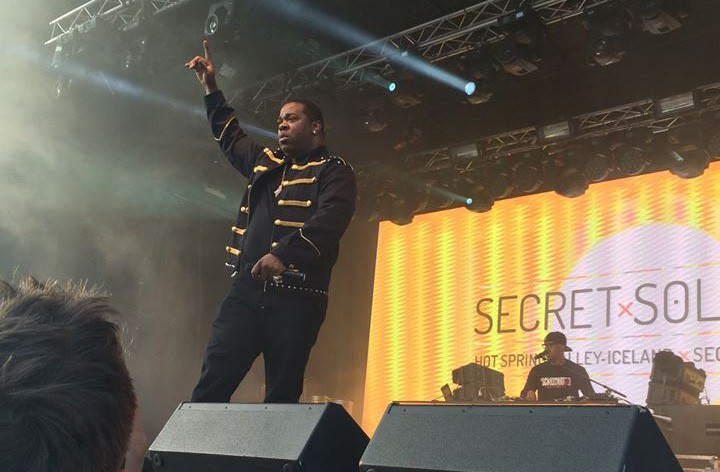 My friends and I started pretty early today for Secret Solstice 2015 and chilled in my friend’s hot tub, making yesterday‘s craziness run out of our body. The weather was good and the atmosphere among the group was gity and fun. When we headed down to the balley the first thing we saw was the Icelandic rapper Gísli Pálmi which started at 5:30. He owned it, with his cool beats and aggressive stage performance that locked the audience in. He just released his first album earlier this year that got great response from Icelandic hip hop lovers.

Next up was a secret headliner which had been rumoured to be a hip hop legend. Some predicted Mos Def, Exhibit was the word on the street. Busta Rhymes had also been disgussed and he did indeed show up. Everyone lost their minds! He‘s a very good performer, it‘s clear that he has been in this business for a while. Busta Rhymes was most definetely the peak of the evening so when he finished I took a ride in the fall tower to trap down. Then Hercules and Love Affair took the stage but I only caught my favourite song, Blind. This night was quieter than the first night but still great! I‘m looking forward to seeing all the big names tonight; FKA Twigs, Wu Tang Clan and MÖ.