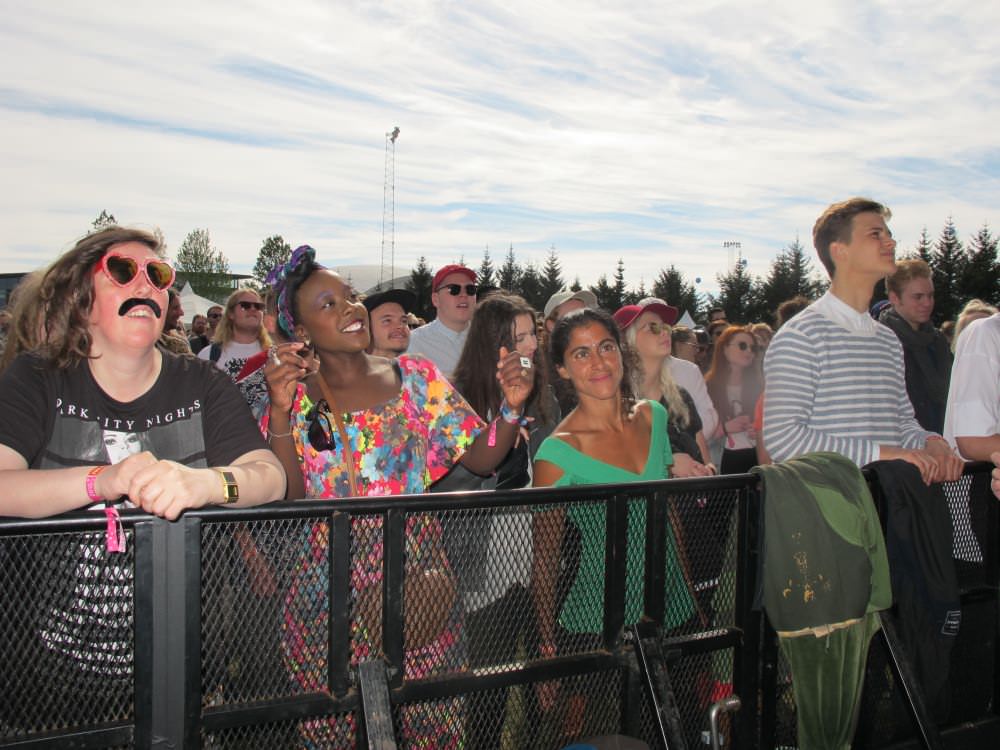 It’s Wednesday and I’ve just started to wrap my head around how incredible the Secret Solstice 2015 festival was! Honestly, one of the best events I’ve been to!

So I gave you a bit of insight into Friday and Saturday  but as I expected Sunday was just as good, if not better. The weather on Sunday was really good, it was warm and sunny all day and evening.

I came to the festival site in the afternoon and Charles Bradley and his extra ordinaries had started on the big stage, Valhalla. They were one of the bands I was most excited about seeing perform and I was not disappointed. Charles has got to be one of the most charismatic performers I’ve seen and after his set he took the time to talk to some fans. I had the pleasure of being one of those people and I was kind of star struck. He seems to be one great human being. I could also hear festival guests discuss through out the day how charming he was on stage. 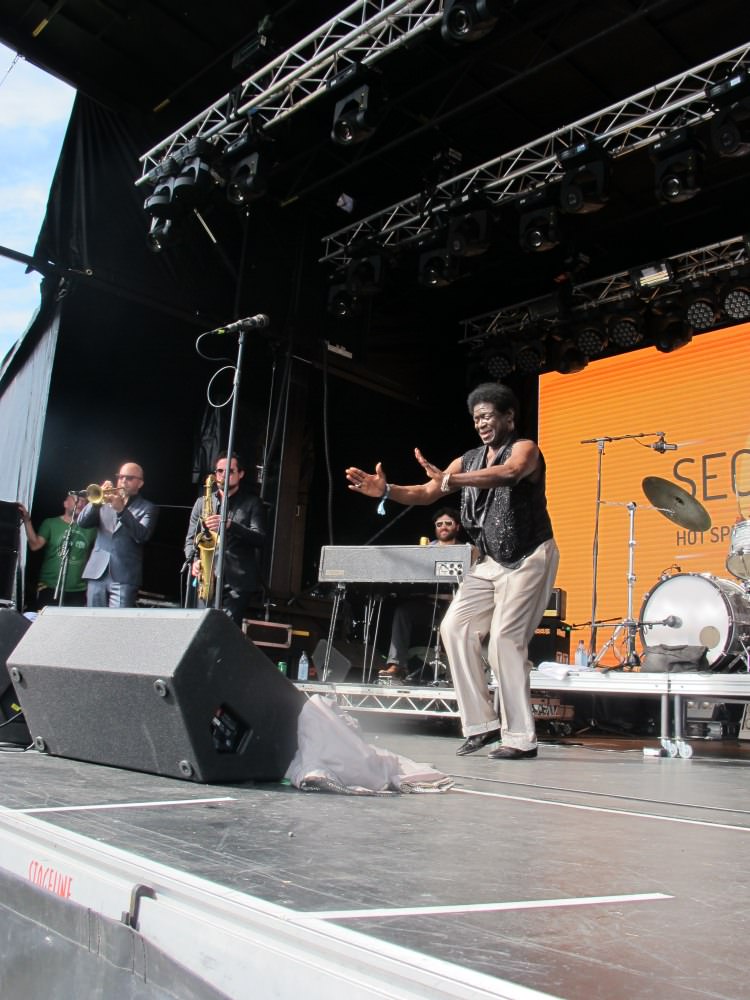 Next up were The Wailers. Being the ultimate chill-feel-good band the common mood among festival guests was sitting down in the grass and enjoy the sun. The band did a very nice job on stage and everyone seemed to be enjoying themselves.

Then came, in my opinion, the festival’s high-light; MØ. She was the most energetic and all around cool performer I’ve ever seen. Her singing was really good, she got the crowd going with an up-beat stage presence and she interacted a lot with her fans. 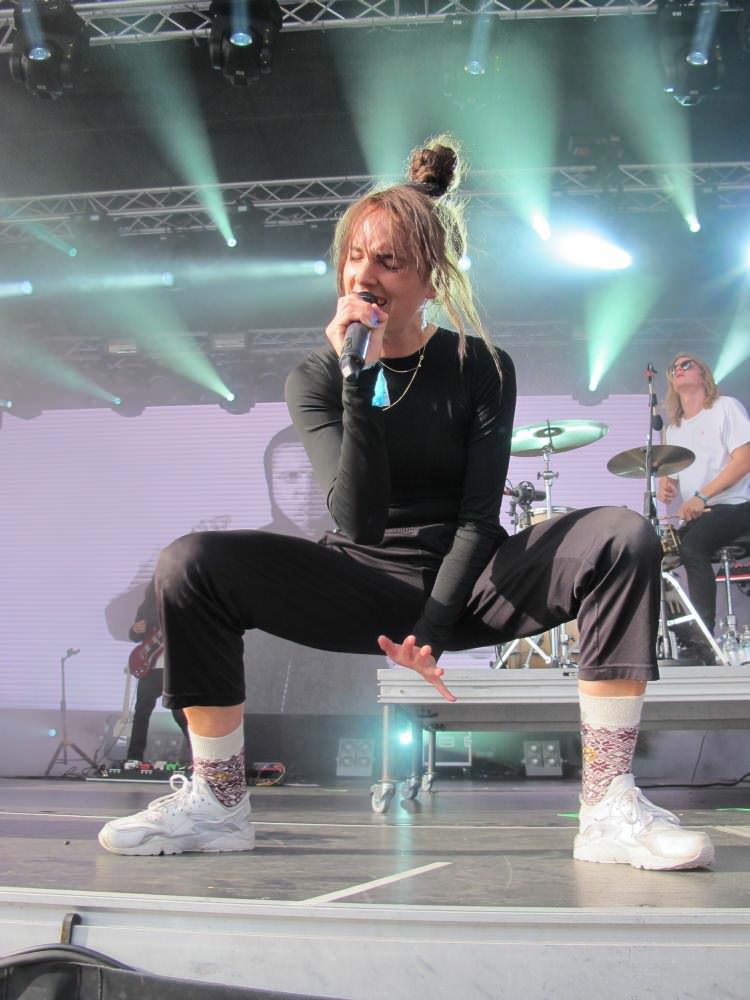 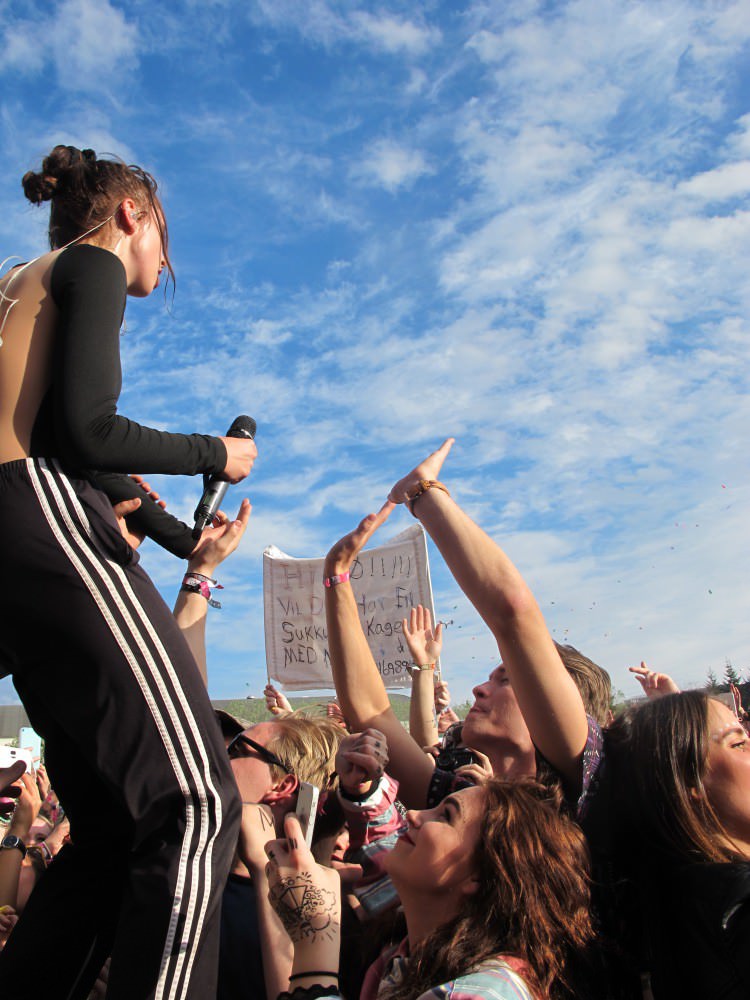 This was so funny, the sign there says ,,Hi MØ, vil du har en sukkulade kage med mig?” which means ,,Hey MØ, do you want to eat chocolate cake with me?” and then a phone number. I heard she actually spotted him and took a photo with him afterwards.

After MØ’s performance I just hung around with my friends, got some lobster soup from the Lobster Hut food truck and saw Icelandic rap band Úlfur Úlfur and FKA Twigs. Then came time for the biggest attraction of the festival for many; Wu Tang Clan. At that point I was pretty exhausted from all the excitement so I didn’t go into the crowd, just stood on the side lines, enjoyed the good music and took some photos.

I am really looking forward to next year’s festival. I hope the weather will be as nice and the set up of the festival site similar; I liked having many, many options for food (anything from pizza to lobster to sushi) and the booth that sells sunglasses saved my life as I was going blind in the evening sun on Saturday. All around a successful and fun festival! Recommend this to anyone planning a stay in Iceland next summer.