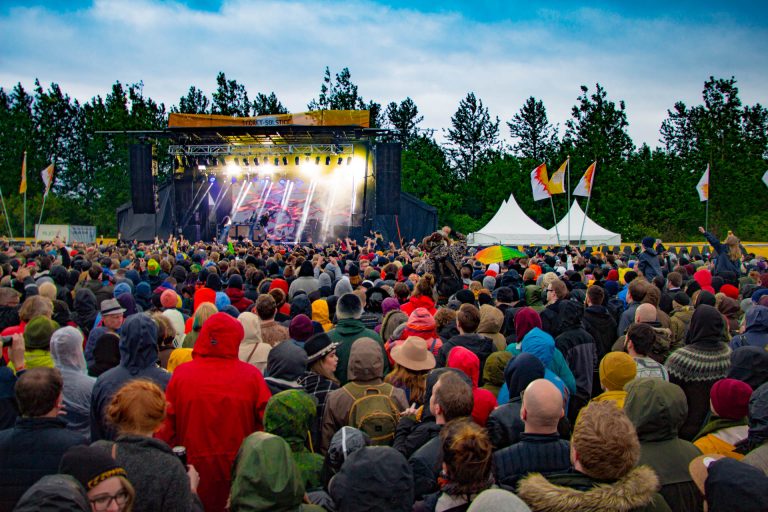 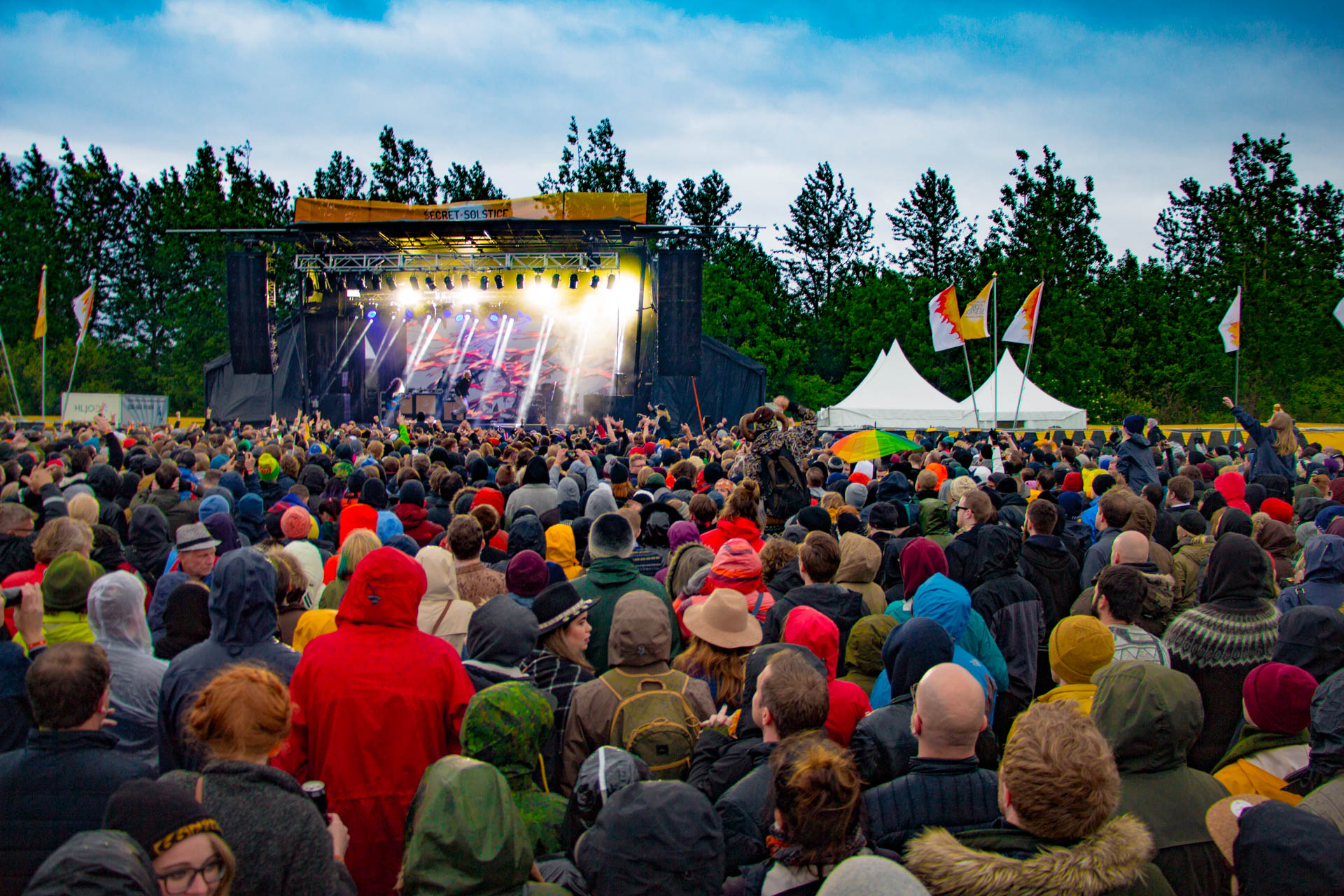 Herra Hnetusmjör – It‘s day three at Secret Solstice and we started out at the Gimli stage, expecting to see Novelist take the stage, but getting Herra Hnetusmjör instead. Herra Hnetusmjör (e. mr. Peanutbutter) is one in a wave of young Icelandic hip hop artists making music in Iceland. The music is fun but not exactly the stuff of music history, although his song Hvítur bolur, gullkeðja (white t-shirt, gold chain) is a very guilty pleasure of mine. 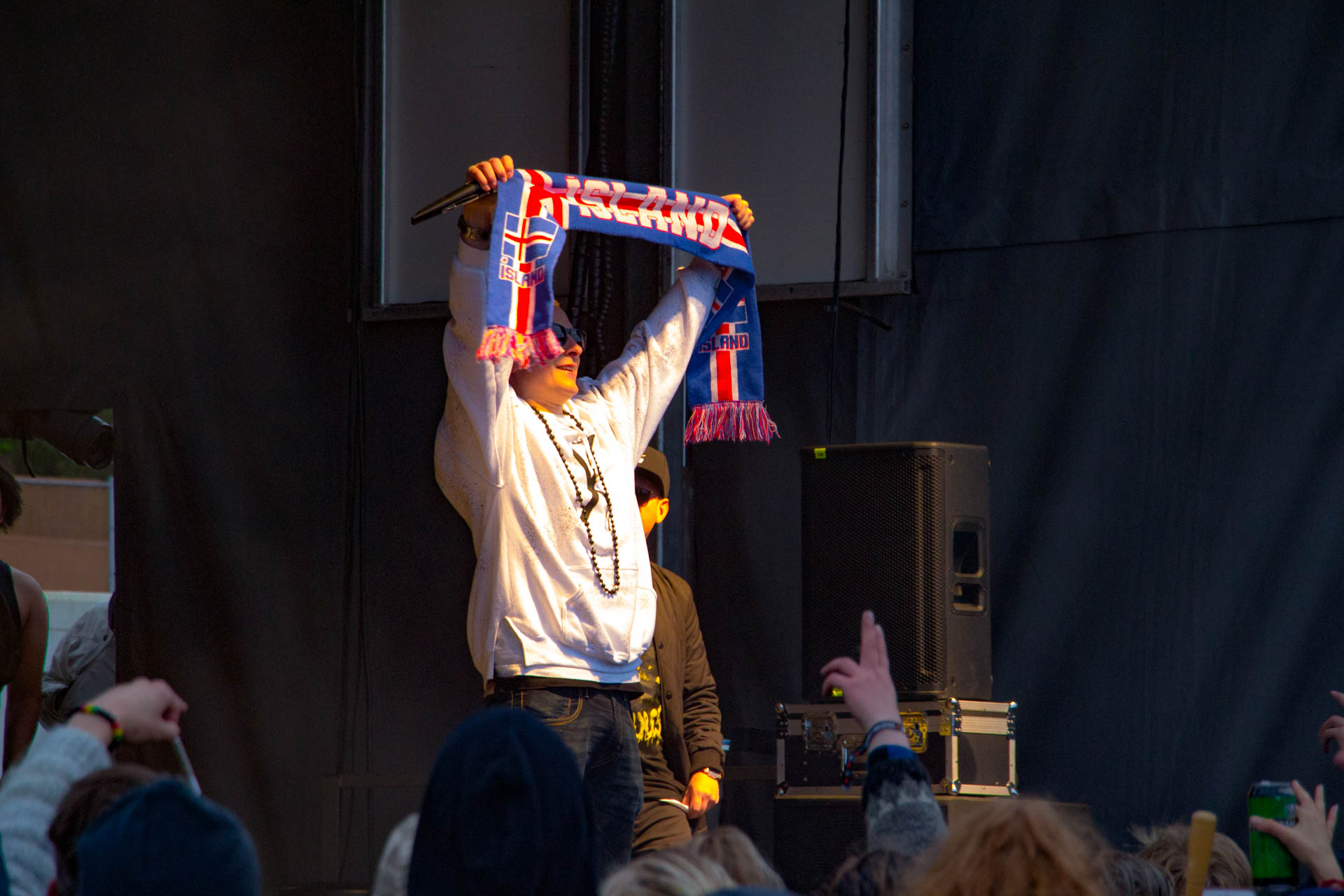 M.O.P. – According to my fellow festival-goers, M.O.P. are legends. I’ll admit to my shameful ignorance on that subject, but I did enjoy myself immensely at their show, despite the rain, which was becoming a serious threat to good moods everywhere at that point. In the end, we admitted our defeat and fled inside Hel.

By that point, we had learned to treat the festival schedule more as an educated guess than an actual time plan so I can’t really tell you who was playing inside, just that the heavy techno beats were exactly what we needed at that point. No disrespect to the Rottweilers or M.O.P, but mindlessly dancing to endless music was actually my favourite part of the night. 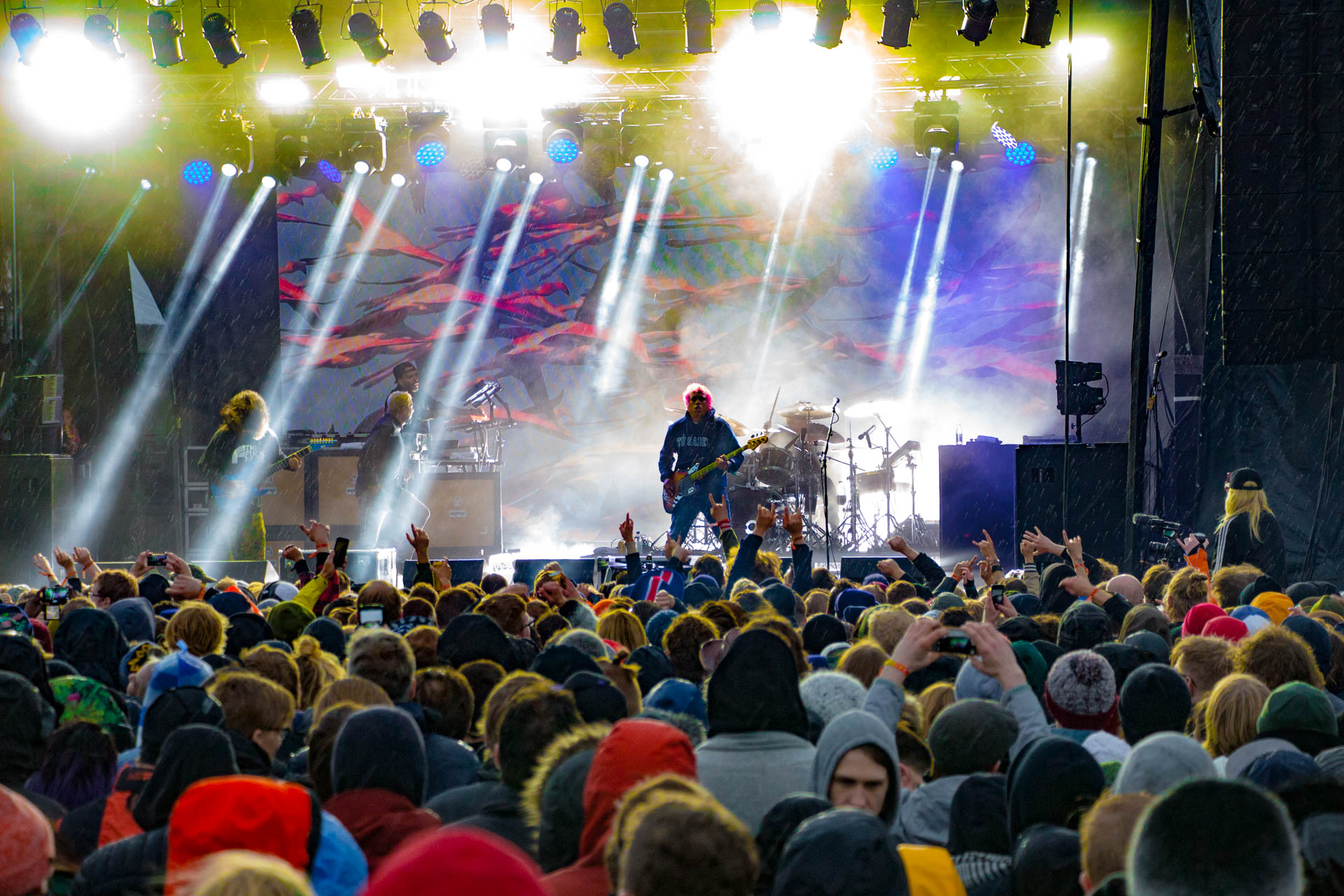 The hiphop group is considered the ‘father’ of Icelandic hiphop, as they were founded in the late 90’s and started the Icelandic hip hop scene to grow more and more popular over time. As shown by the huge crowd gathering in front of the stage several minutes before the gig, they really made an impact. Beats were played, hands were raised, and the community feel of the crowd shouting “ISLAND” several times in a row was quite fun to attend as a foreigner. 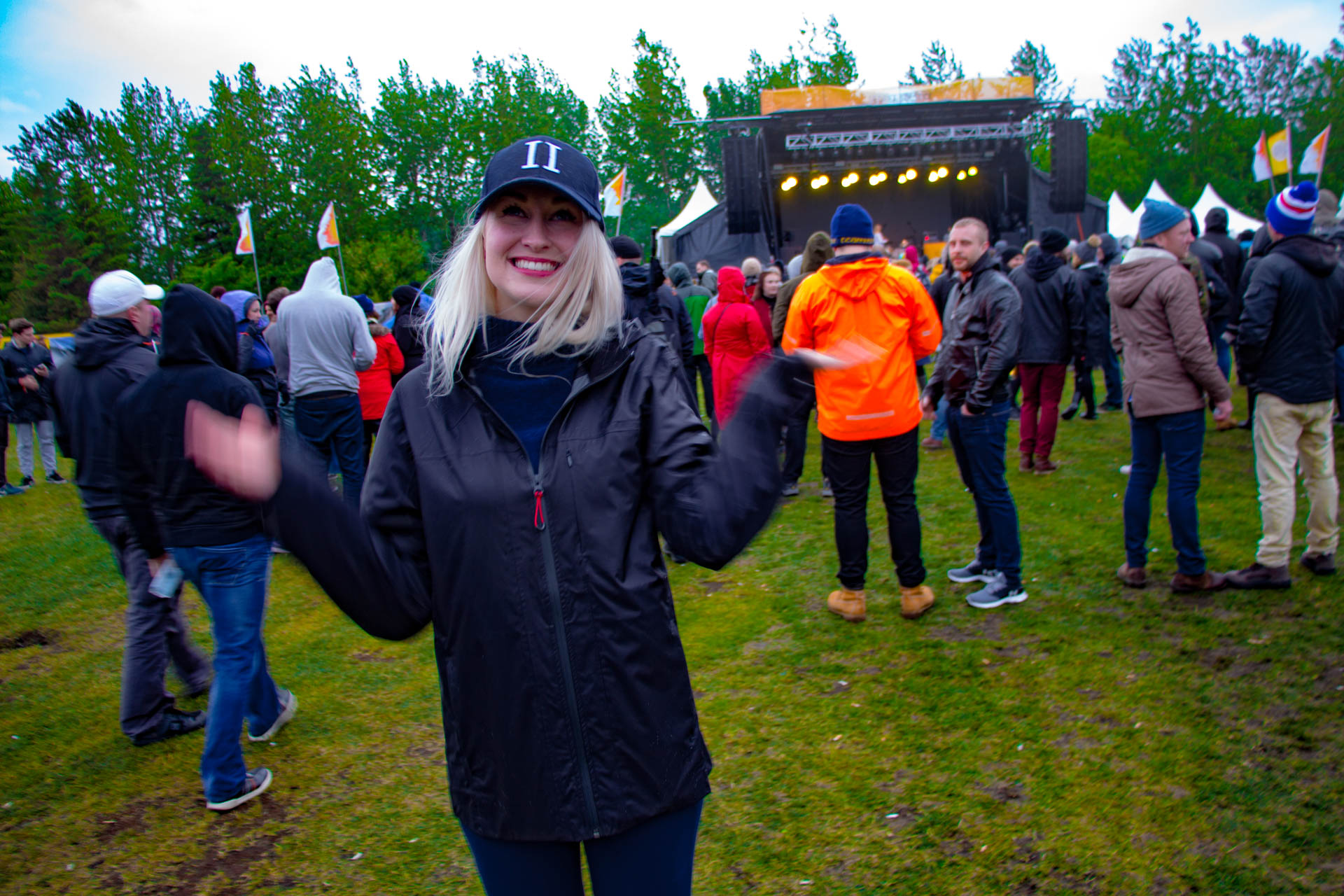 Despite the harsh wind blowing the pouring rain straight into your face (it’s Iceland, we kinda signed up for this), I had a great third day enjoying, mostly, Icelandic hiphop and seeing the enthusiasm for certain artists among the crowd. On to day four it is! 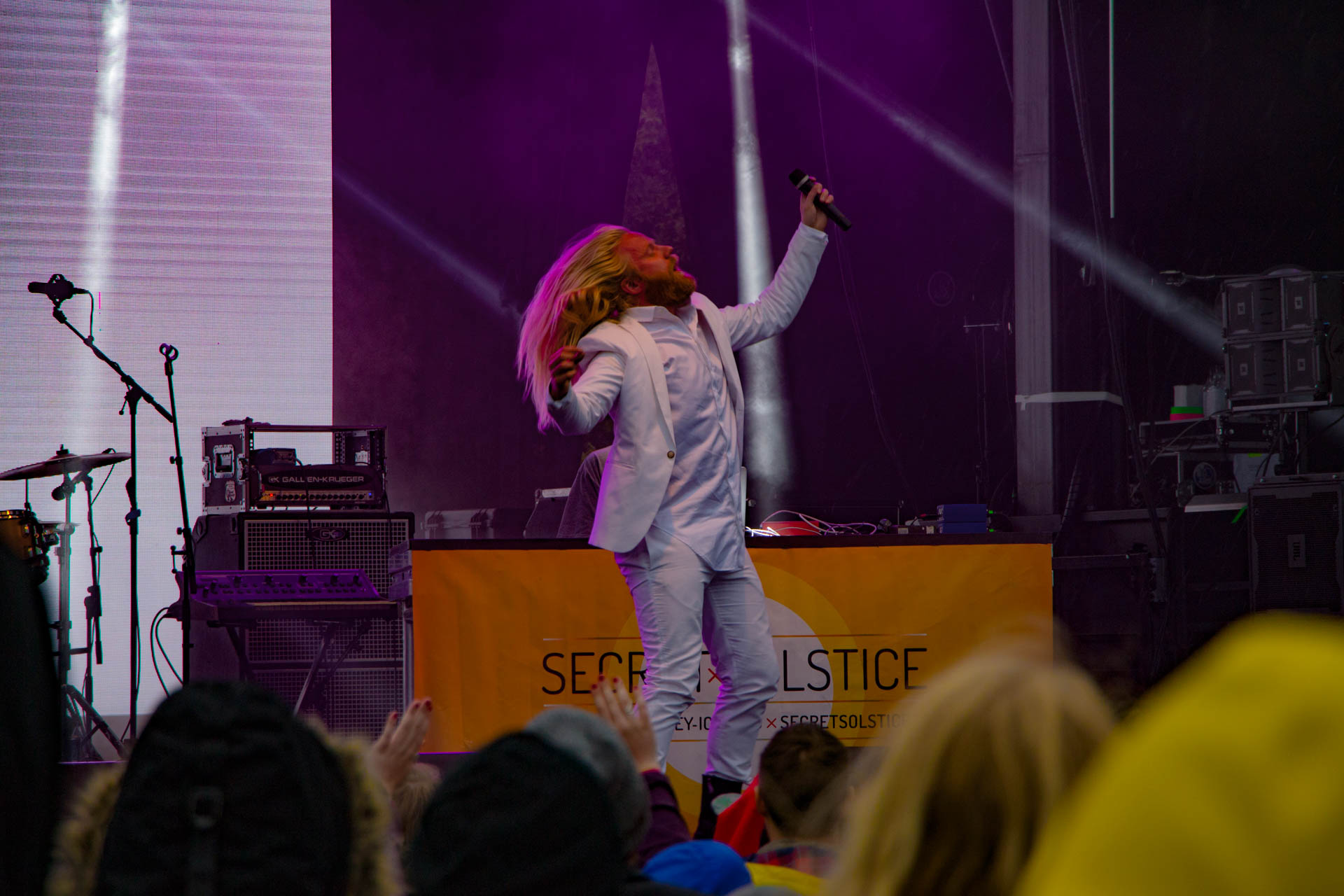 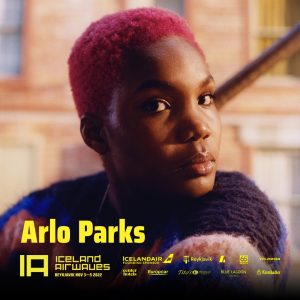 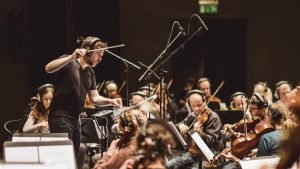