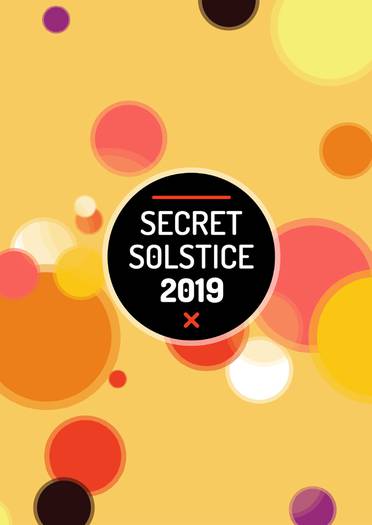 For the past few years, Secret Solstice has taken over Laugardalur valley during the days of the summer solstice and thrown the biggest party of the summer! This year’s edition takes place June 21-23.

With huge international artists and the crème de la crème of the Icelandic scene taking the stage, you can prepare for a music festival you’ll never forget. The unique nature of Iceland is an integral part of the festival experience, so make sure you explore the island to its fullest! Every year, the festival organises several unique side events. This year’s events include Into the Glacier, the world’s only rave party in a glacier cave, and The Lava Tunnel 2019, an intimate Icelandic concert in a 5,200 years old magma chamber.

Aiming for a more family-friendly event, you can now bring your children to the festival for free if they are 12 years and under. A Kids Area with bumper car rides and a programme full of fun for kids of all ages is part of the festival. There are also special tickets for teenagers between 13 and 17 years old, as well as family passes.

Of course, the music is the main event and the festival line-up won’t disappoint. Secret Solstice also announced its new off-site after-hours programme “Ragnarök,” which will take place at the Hard Rock Café in downtown Reykjavík after the main festival programme ends.

International acts you should see

American singer-songwriter Patti Smith became first known in the New York City punk rock movement with her 1975 debut album Horses. Combining rock and poetry, she’s known as the “punk poet laureate.” An inspiration for big names in the music industry like Madonna and R.E.M., this legend is ready to rock the crowds at Solstice!

Pop sensation Rita Ora has the most top 10 singles of any British female artist in UK chart history. The pop star, songwriter, and actress released her popular debut Ora in 2012, which debuted at number one in the UK. You might also recognise her from her movies, as she starred in Fast & Furious 6, Fifty Shades of Grey, and Pokémon Detective Pikachu. Get ready to sing along to her hits R.I.P and How We Do (Party).

The Black-Eyed Peas are one of the world’s best-selling groups of all time. Starting out as alternative hip-hop group, they evolved their mmusical sound to pop and dance-pop. Their breakthrough was in 2003 with their album Elephunk which was later followed by hits Don’t Phunk with My Heart, Don’t Lie, and My Humps. Since that time, the group has sold more than 75 million records!

Singer, songwriter, and musician Robert Plant is best known as the lead singer of rock band Led Zeppelin. Many name Led Zeppelin as the band that started rock music as we know it, and Robert Plant the greatest vocalists in the history of rock music. Since 2012, he has been performing with his new band, the Sensational Space Shifters. We can’t wait to see this rock legend perform at Secret Solstice!

At this year’s Icelandic Music Awards, pop star Auður won best songwriter and best electronic album for his release Afsakanir. Afsakanir is a brutally honest narrative of heartbreak after ending a long-term relationship. Being invited to join the Red Bull Music Academy in 2016, Auður has now signed a record deal with Sony Music and will be releasing his first international release.

Hatari made headlines around the world with their BDSM-inspired performance at Eurovision this year. The industrial techno band from Reykjavík finished 10th with their song Hatrið mun sigra. Since Eurovision, the popularity of the group has skyrocketed. In Iceland, their stage reputation was already well known. It’s a band you should see live, so don’t miss them at Solstice this year!

Another Eurovision representative from Iceland, Svala joined the festival in 2017 with her song Paper. Being the daughter of Icelandic singer Björgvin Halldórsson, she scored her first number one hit together with her dad when she was just nine years old. Her international breakthrough came with the release of her debut album The Real Me in 2001. Unabatedly popular, her show promises to be spectacular.

Sólstafir, formed in 1995, started out as black metal band but transitioned to making atmospheric post-rock/metal. Their expansive, thundering sound has built them a loyal fanbase around the world. They’re applauded for their use of piano and strings and are known for their impressive live shows. Let this band take you on a musical journey!