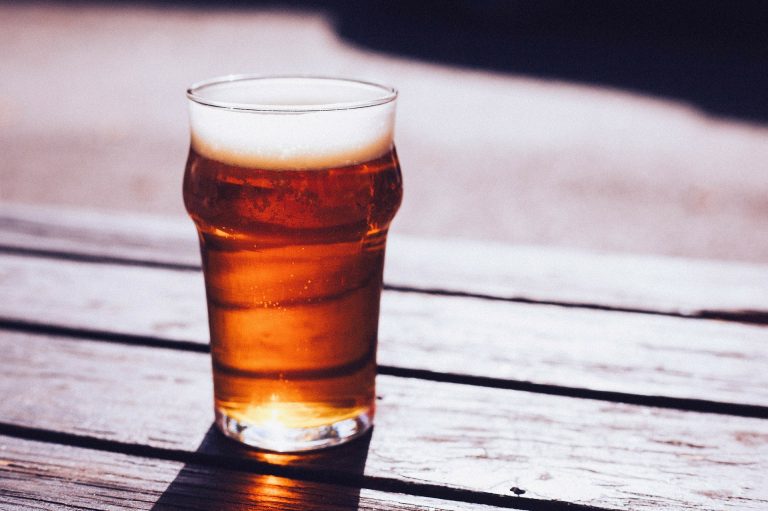 There are all sorts of novelty holidays you could observe if you were so inclined. There’s Bubble Wrap Appreciation Day in January, while World UFO Day is in July, and Talk Like a Pirate Day comes around every September.

But our favourite unofficial holiday – though still far more official than anything listed above – is Beer Day, which thirsty Icelanders observe every March 1.

Yes, really! Beer was banned in Iceland for decades, but the kegs started pouring forth their frothy amber liquid once more on March 1, 1989, and a holiday was born!

Beer wasn’t the only adult beverage banned in Iceland. In fact, in 1908, Icelanders voted in favour of prohibition, which came into effect at the start of 1915.

But total prohibition was short-lived, and not only because home brewing and the black market were booming. It was actually pressure from Spain that resulted in some alcohol being reintroduced to Iceland. At that time, Spain was buying a lot of Iceland’s number one export (cod), but Iceland wasn’t reciprocating by importing Spanish wine.

Then the legislation was amended again in 1933 to allow for the sale of spirits. But not beer, as the temperance lobby was worried that allowing the sale of inexpensive beer in the country would result in a nation of dribbling drunkards. Instead, Icelanders would toss back “björlíki”, or “imitation beer”, made by mixing stronger spirits with low- or no-alcohol pilsners. They say hindsight is 20/20, but that really doesn’t strike us as a more sensible alternative to just permitting beer.

But Icelanders were fine with the status quo for another 56 beer-free years. By the time the 80s rolled around, Icelanders were travelling abroad and soaking up Europe’s beer culture, and soon longed to import that experience.

It wasn’t a clear-cut case, though. Some MPs thought allowing beer would cause young people to start drinking earlier and that people would be drinking beer at all hours of the day, even getting drunk at work. One MP even raised her concerns that beer would replace coffee as the nation’s drink of choice.

Still, on March 1, 1989 Icelanders could walk into their local pub and order a beer.

Today Beer Day is celebrated by drinking a beer or two, with some bars even offering select suds at 1989 prices. Skál!

Reykjavík’s beer culture has been booming in recent years, with a handful of craft breweries popping up and churning out some solid brews, which also appears to be inspiring some of the old dogs to learn a few new tricks and produce some more creative seasonal offerings.

Here’s where to grab a drink this Beer Day.

Session Craft Bar (Bankastræti 14) occupies a prime perch right over the junction where Laugavegur, Bankastræti and Skólavörðustígur meet, so you can do some primo people watching while sampling from their truly impressive offerings. This place boasts a cooled keg room to guarantee the best quality pours and a motto of “If we don’t sell it, it’s because it’s not good enough…” These guys know their beer.

Skúli Craft Bar (Aðalstræti 9) was possibly the first bar in Reykjavík to really celebrate craft beer culture. There’s always an interesting selection of beers on the white-board menu above the bar, so whether you’re hankering for a sour, an IPA or a saison, you’ll find something to wet your whistle.

Kaldi Bar (Laugavegur 20B) is a popular bar serving up their own line of Kaldi beers in their cosy but always lively atmosphere. There are around a dozen beers in Kaldi’s arsenal, from light to dark and everything in between. It’s a cosy place to start the night.

BrewDog (Frakkastígur 8) is a Scottish import that put down roots in Reykjavík some years back to bring a taste of international beer culture to Iceland. The lively bar slash restaurant slings BrewDog’s own line of craft beers, plus a rotating selection of guest beers and ciders from Icelandic breweries.

At home (addresses vary). Alcohol is only sold in state-owned shops in Iceland, so pop into your local Vínbúðin outlet (assuming you’re at least 20-years old) and ring up a few bottles or cans to chill at home ahead of your Beer Day festivities. Look out for offerings from stand-out local outfits Lady Brewery, RVK Brewing Company, and Borg.